Conwy - the smallest house and a castle

Bus journey from Llandudno to Conwy is short, but the 20' route that connects the two towns is already a sort of small tasting of the best of Wales.
Meadows, gorses, sheeps, rocks, beaches, sea... and then, all of sudden, Conwy appears on the horizon: the small borough with its trellis houses perched on the bay, closed, almost hugged, by the imposing medieval walls which are still intact, and the castle on their side, dominating them, strong and reassuring, almost like a sort of father trying to shelter his beautiful daughter shielding them with his imposing figure.
The borough is small, and quickly visited crossing it from North to South and then from East to West, but it's like walking through a coffer full of small precious things. 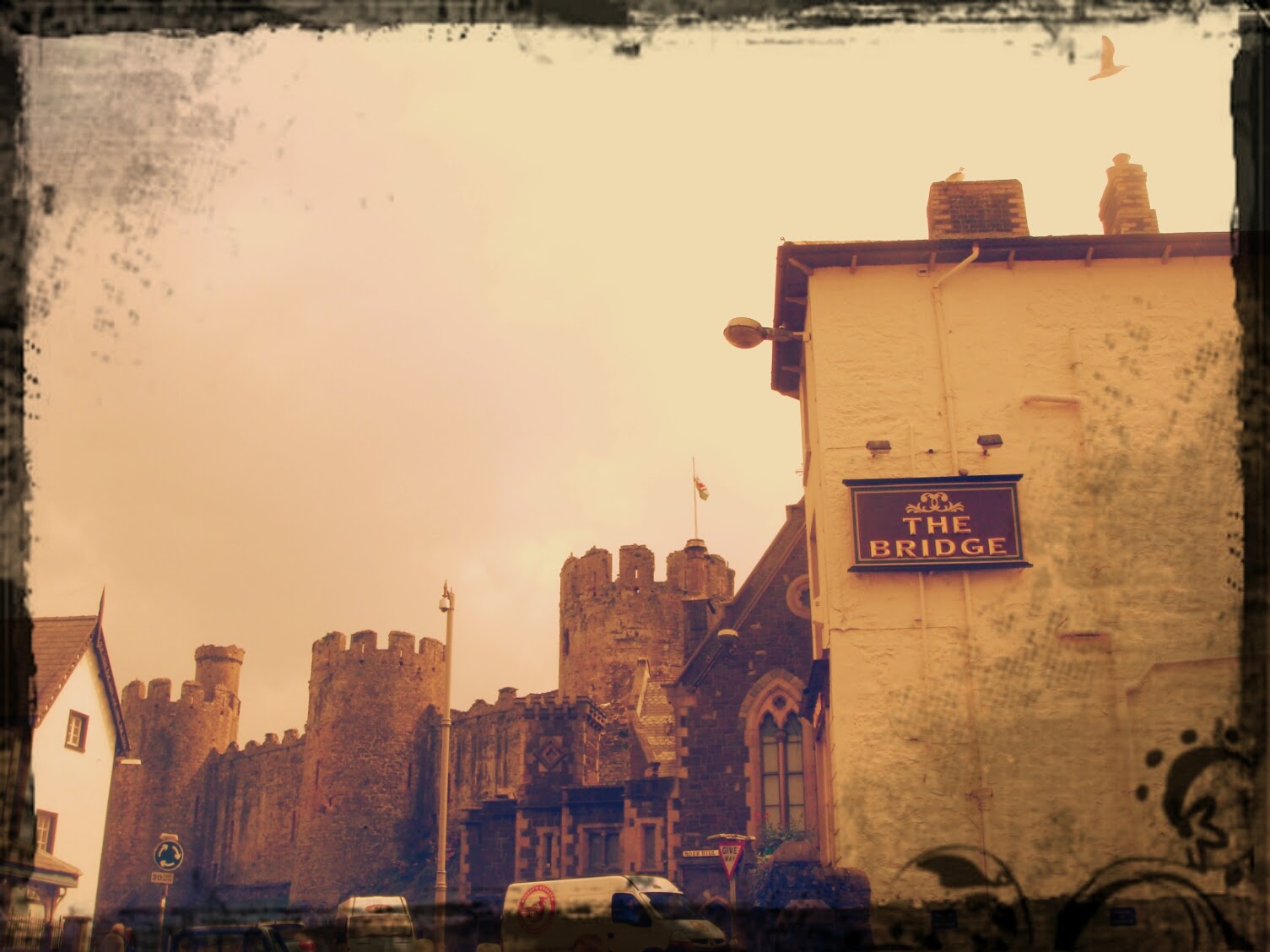 It's a sort of resume of Britishness, the one dating back to Middle Ages which can be found in the centre of most ancient medium-small cities of the UK: trellis houses, stone pubs with the facade painted in white, pebbled alleys, tea rooms with lace tablecloths, small squares which, rather than being an open place, become an intimate, withdrawn place. 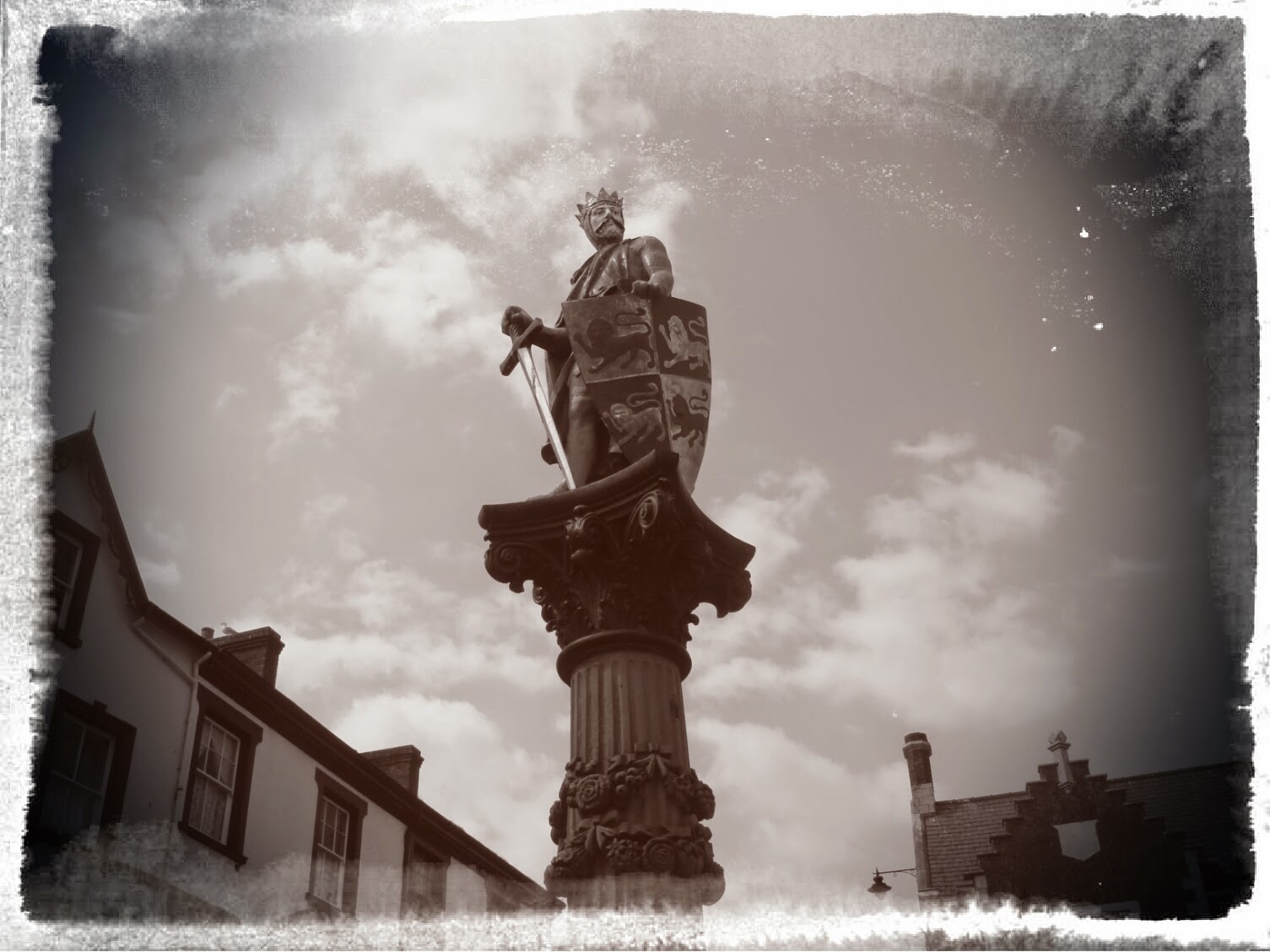 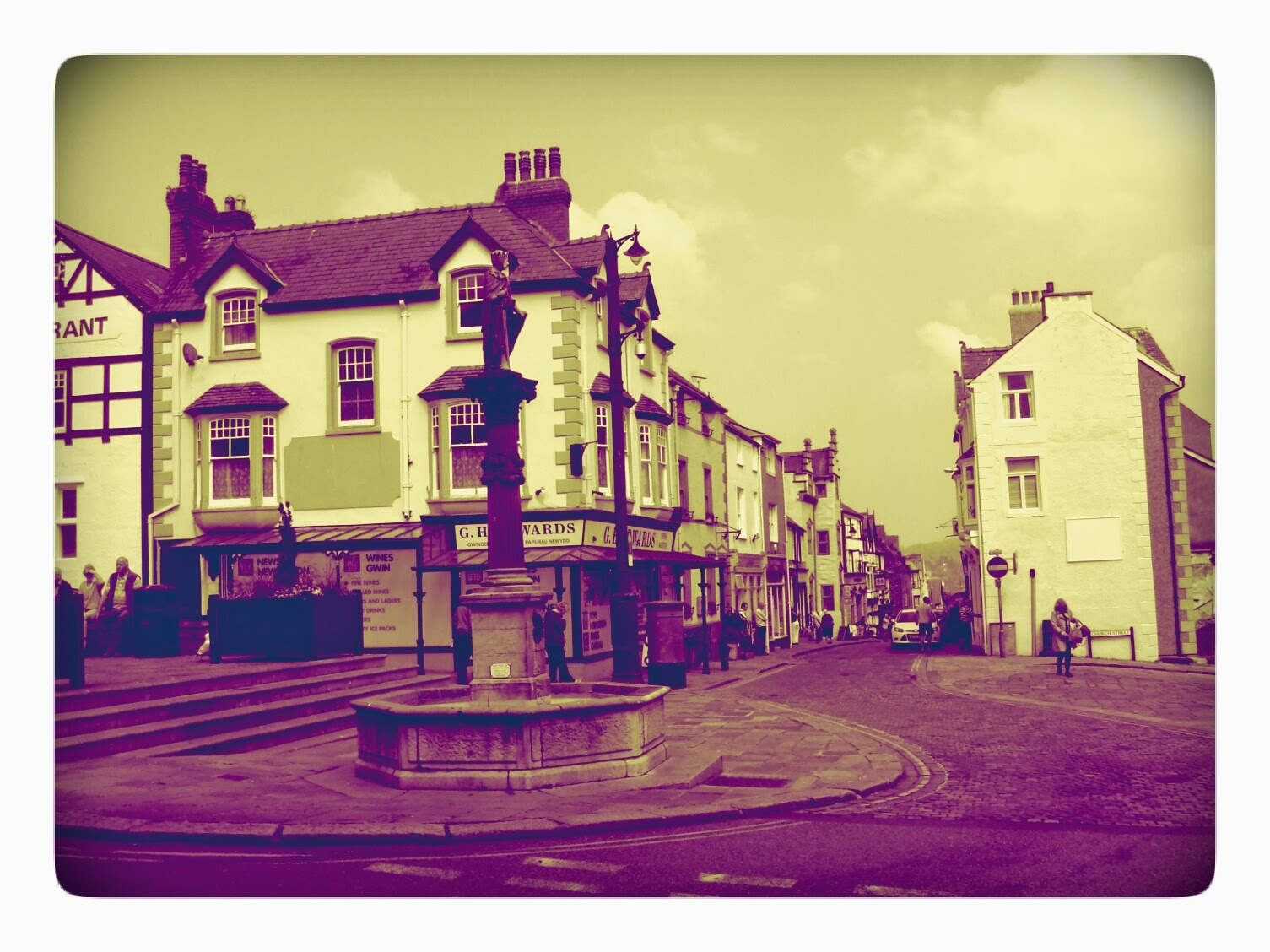 And then the small church with its little graveyard: the wild grass among the graves, the stones on the tombs where time is beginning to smooth the incisions, the dry stone wall slightly in ruins, ravens flying over.
This is as well an hymn to Britishness, to its most gothic and gloomy side. 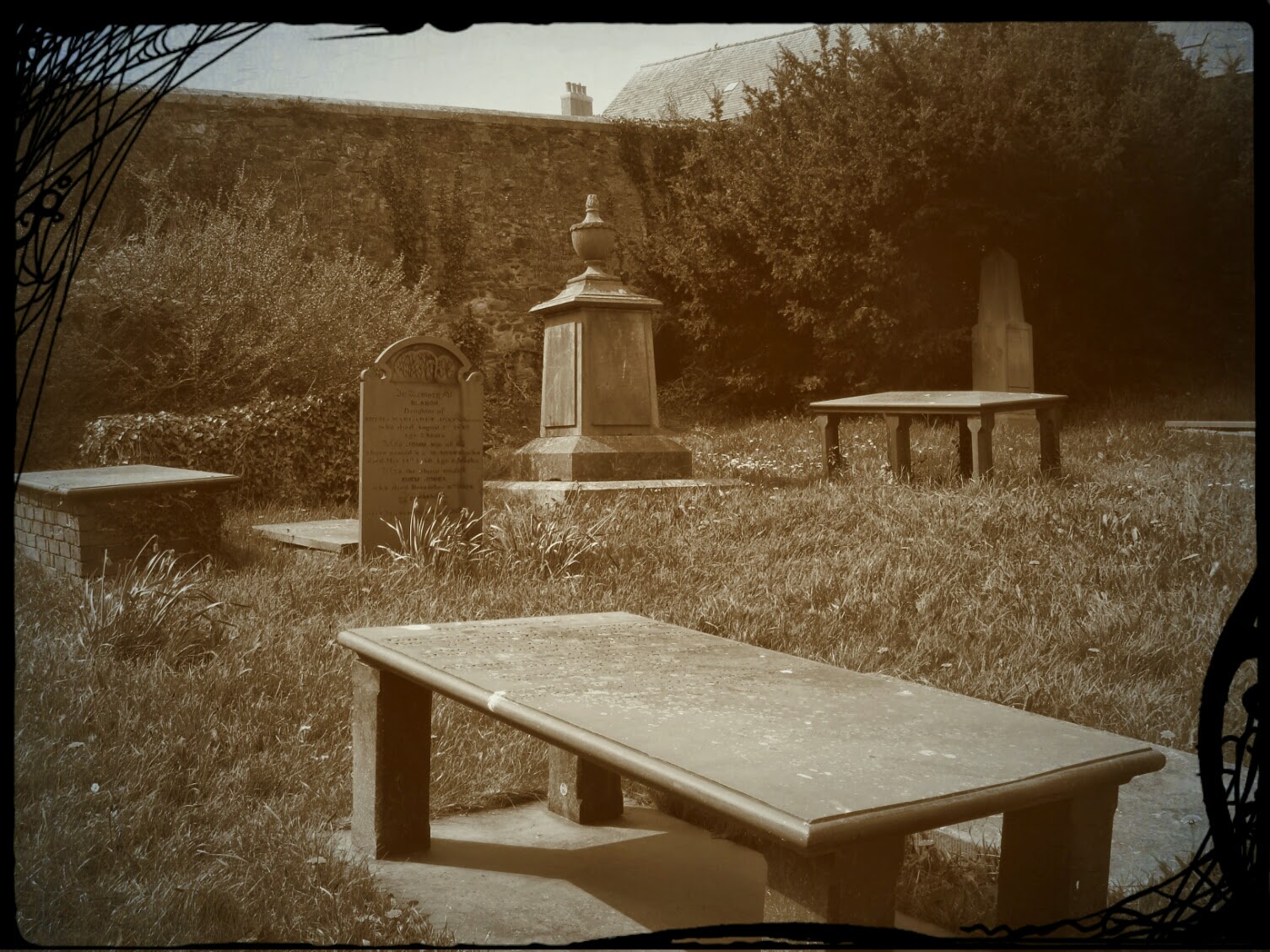 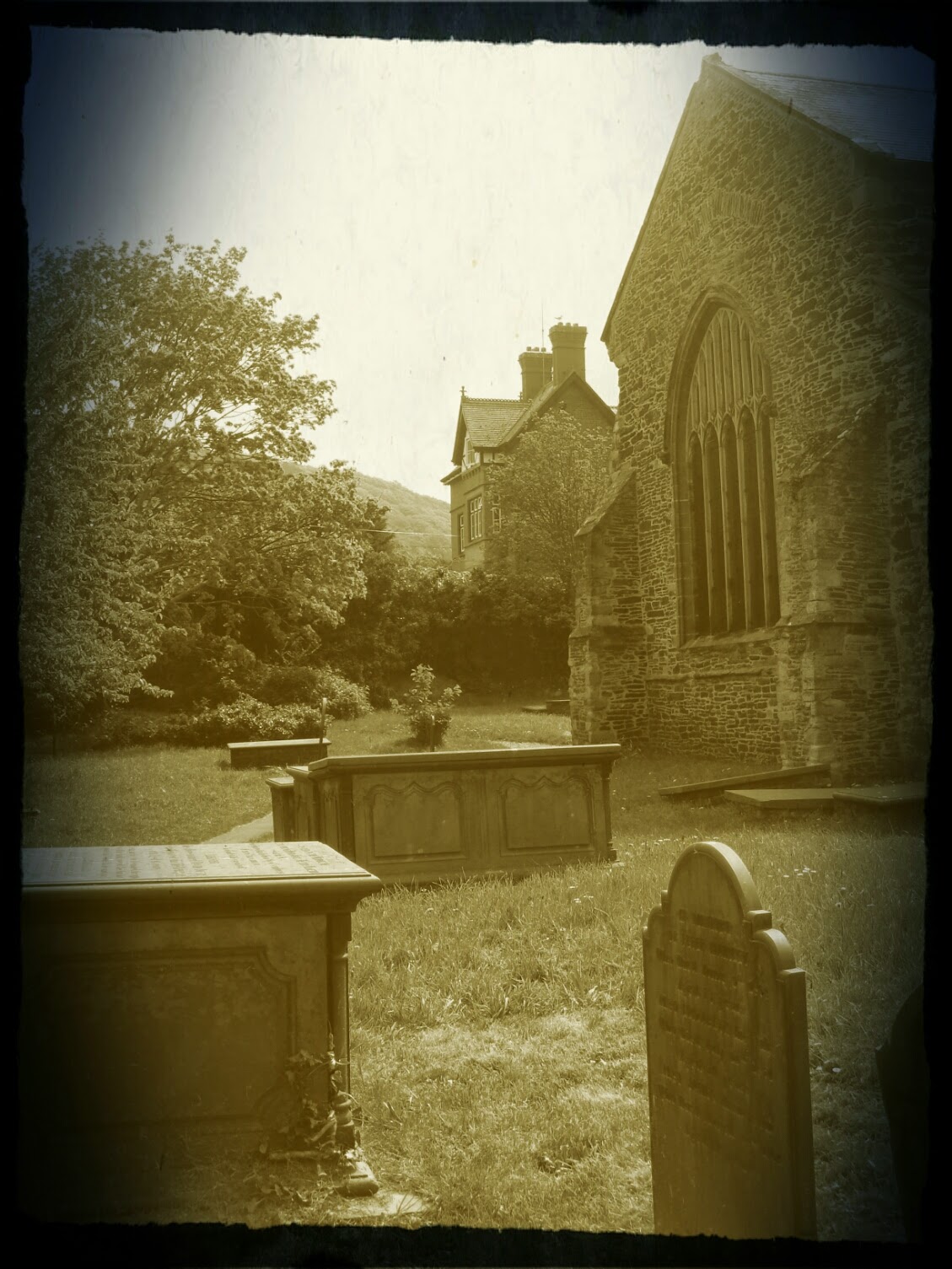 Here in Wales there are ravens with a partly grey feathering, with blue eyes and more petite dimensions.
They are more discrete animals, comparing to their all-black relatives with their long and croaking beak: they have that sort of shyness which can be easily transformed into charme, and it's easier to imagine them on the arms of one of the Hogwarts Houses or keeping company to the Night Watchers on the Wall - instead of those more talkative and cheeky ones.
Who knows. 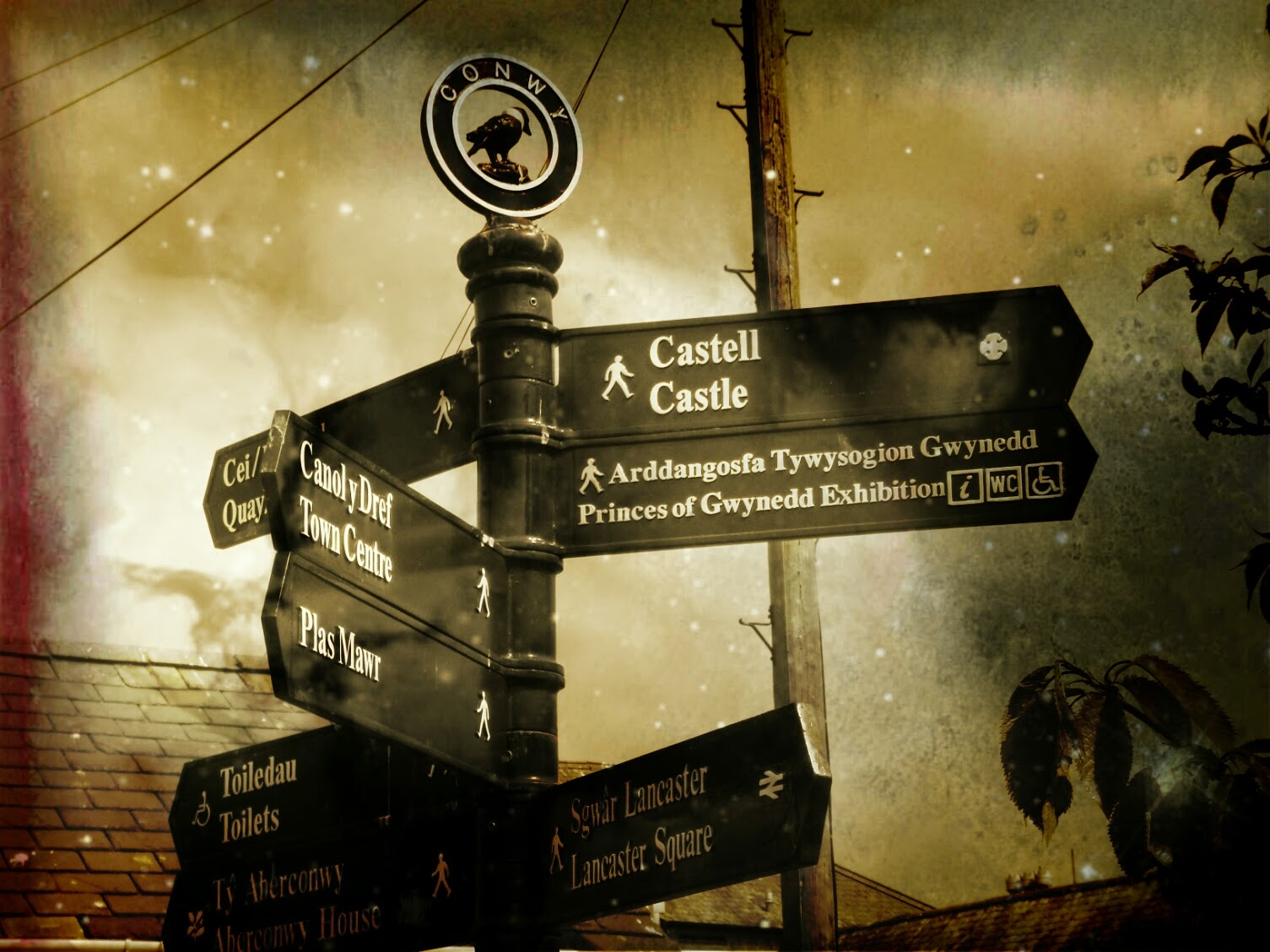 For a start, we can find them on the arms of the city of Conwy... and I'd say it is a good start - also for beginning to appreciate Conwy, of course.
I'd say that black cats and crows are somehow connected, being them both creatures connected to the magic world - and being also a bit mistreated for this.
And with the ice-eyed ravens we also share some crumbles of our lunch, eaten on one of the benches at the harbour, in spite of the omnipresent and predatory seagulls...

The small harbour has that kind of melancholic and reflective allure that British harbours have when the tide goes down, with boats aground on sand and seaweeds. 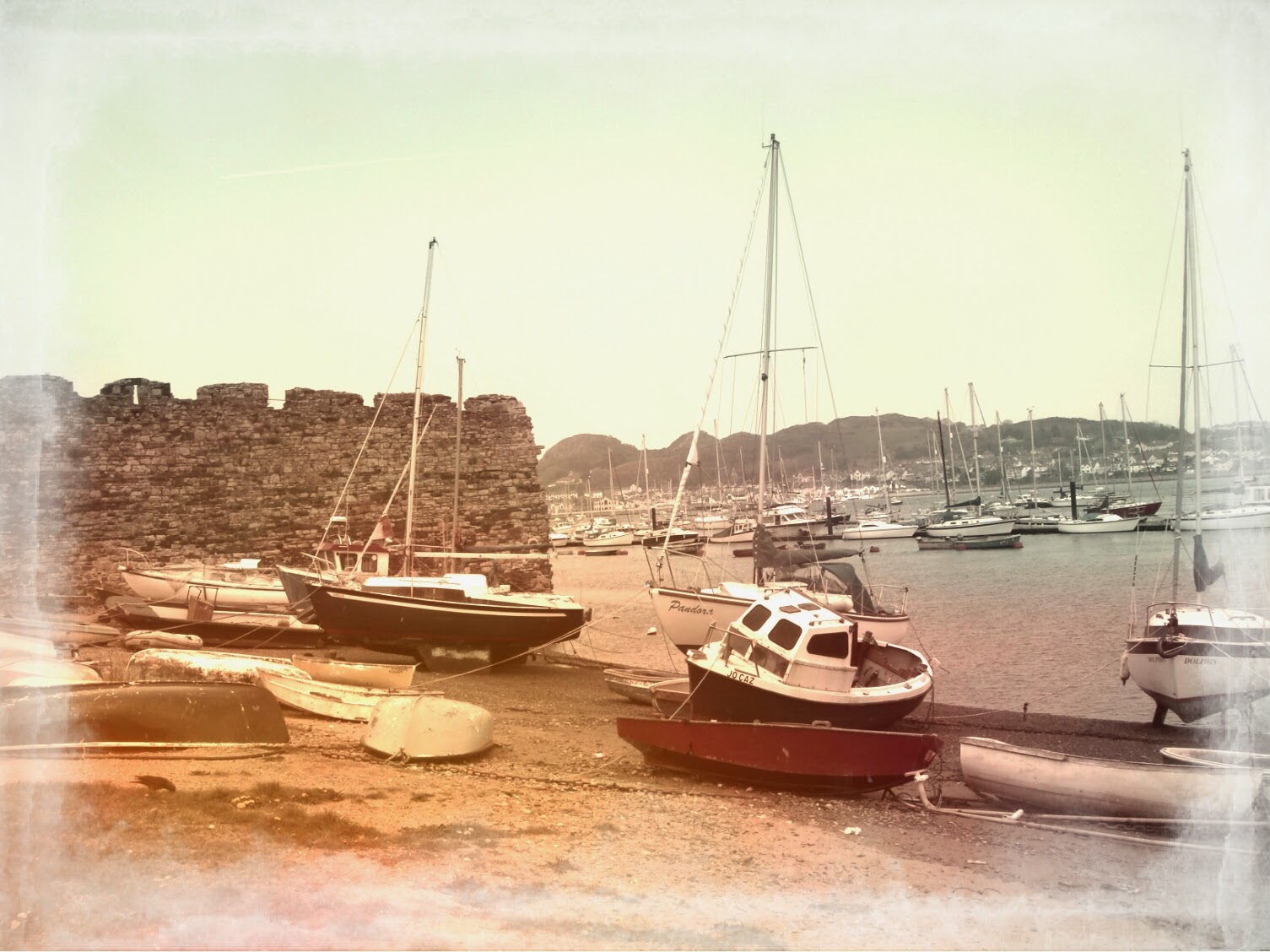 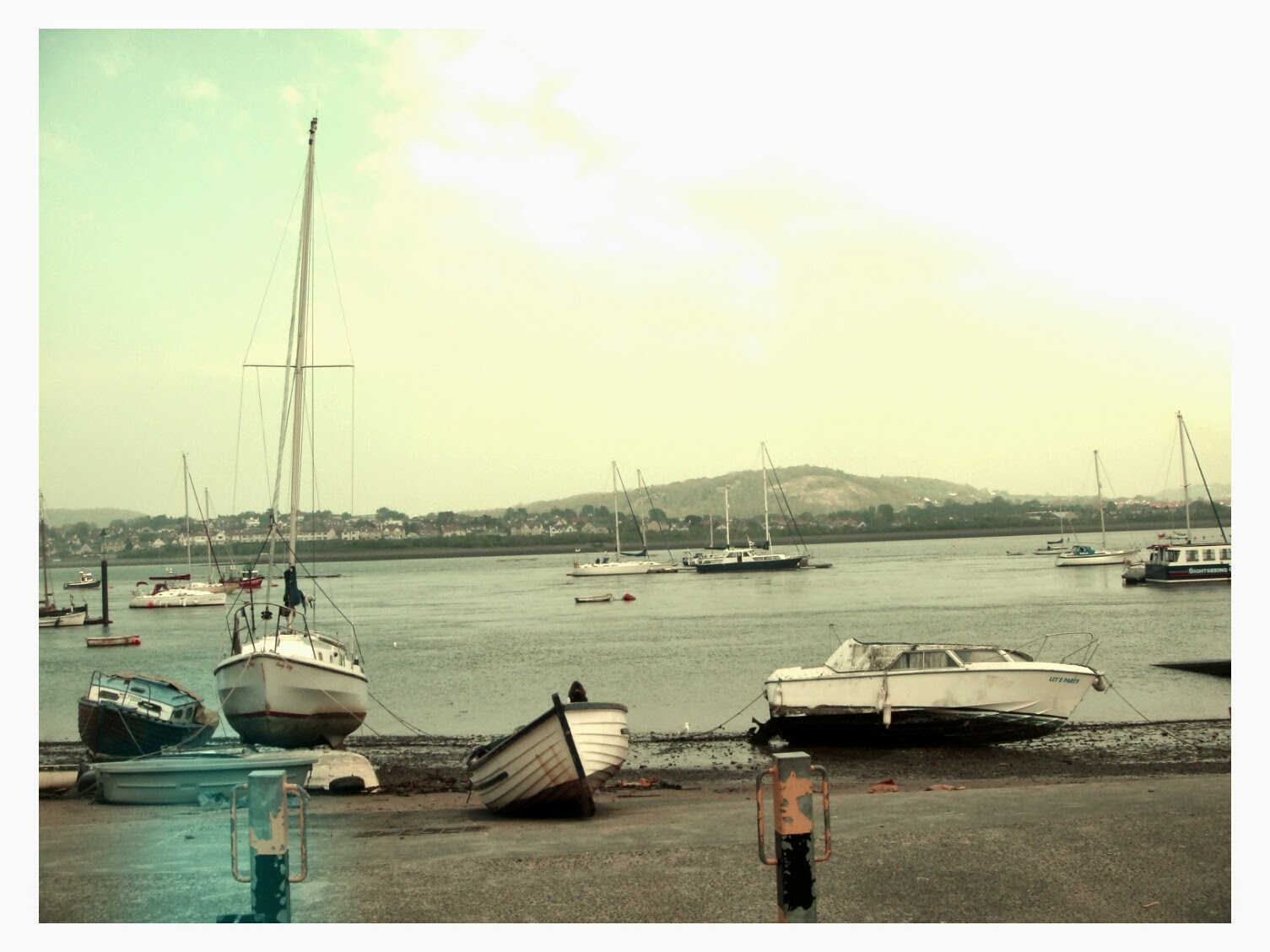 Needless to say, I love this so much.
At our back, behind the bench, besides a guy who keeps on polishing his motorbike, maybe hoping to get some compliment about his powerful mean (forget about it), there is the Smallest House of Great Britain. 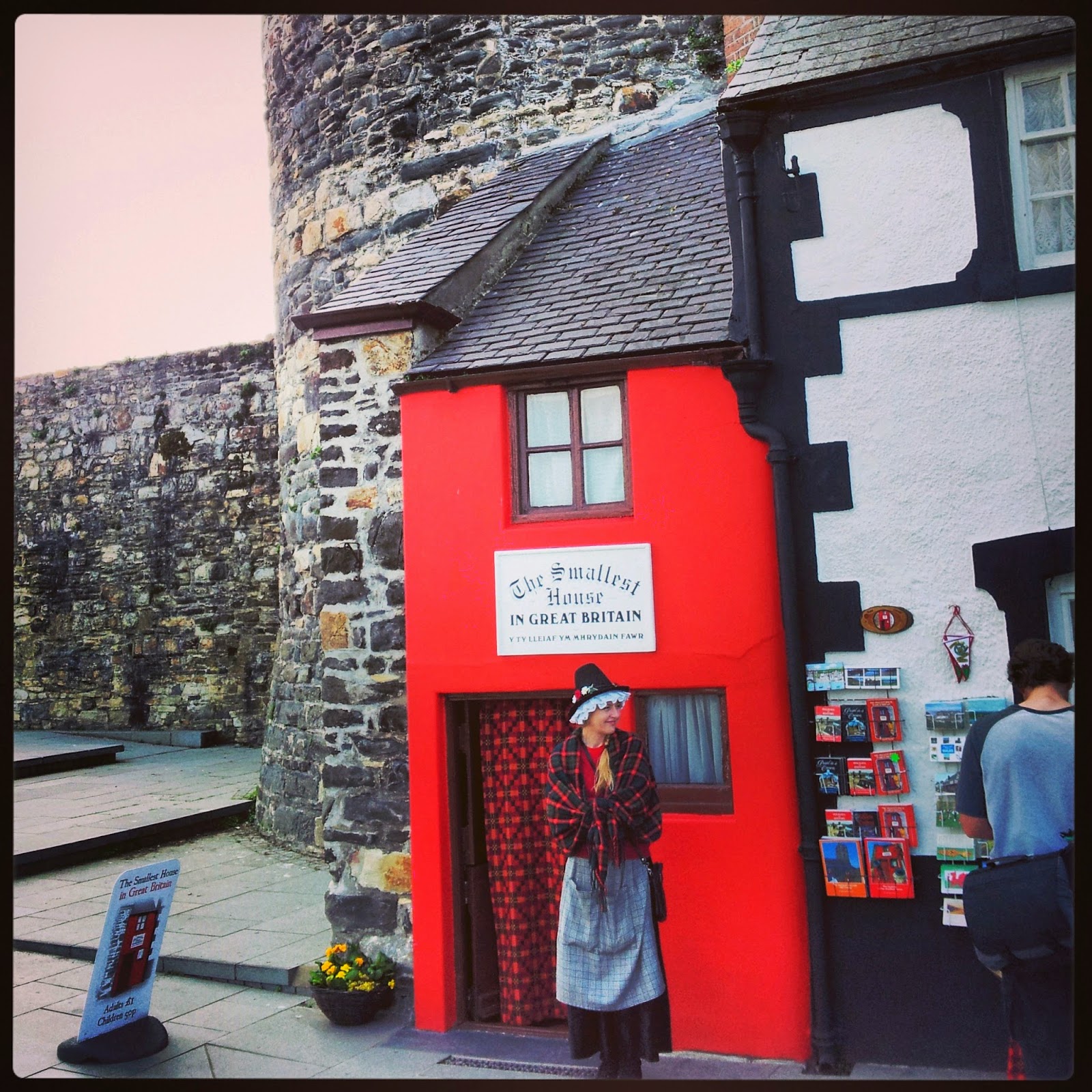 It's so small that it's been coloured in red, or it wouldn't have been noticed among the other buildings besides it.
It's about 3x2 mt wide, and, until the beginning of '900s it has been inhabitated - for the record by a mussel fisherman, which is still nowadays the most diffused job in Conwy.
Some years ago, when I was living in a 20 mq apartment, there was people asking me how could I do that: well, now my living surface is three times bigger, but just in case I could carry as an example the frugality of the mussel fisherman from Conwy.
In front of the doorstep of the house there is a lady with a typical Welsh costume who does the welcoming honors and allows you to visit it for the symbolic price of 1£ each: the tour is obviously very quick, but I was anyway curious to see how they had managed to essentially furnish it without even getting inspired by Ikea designers. 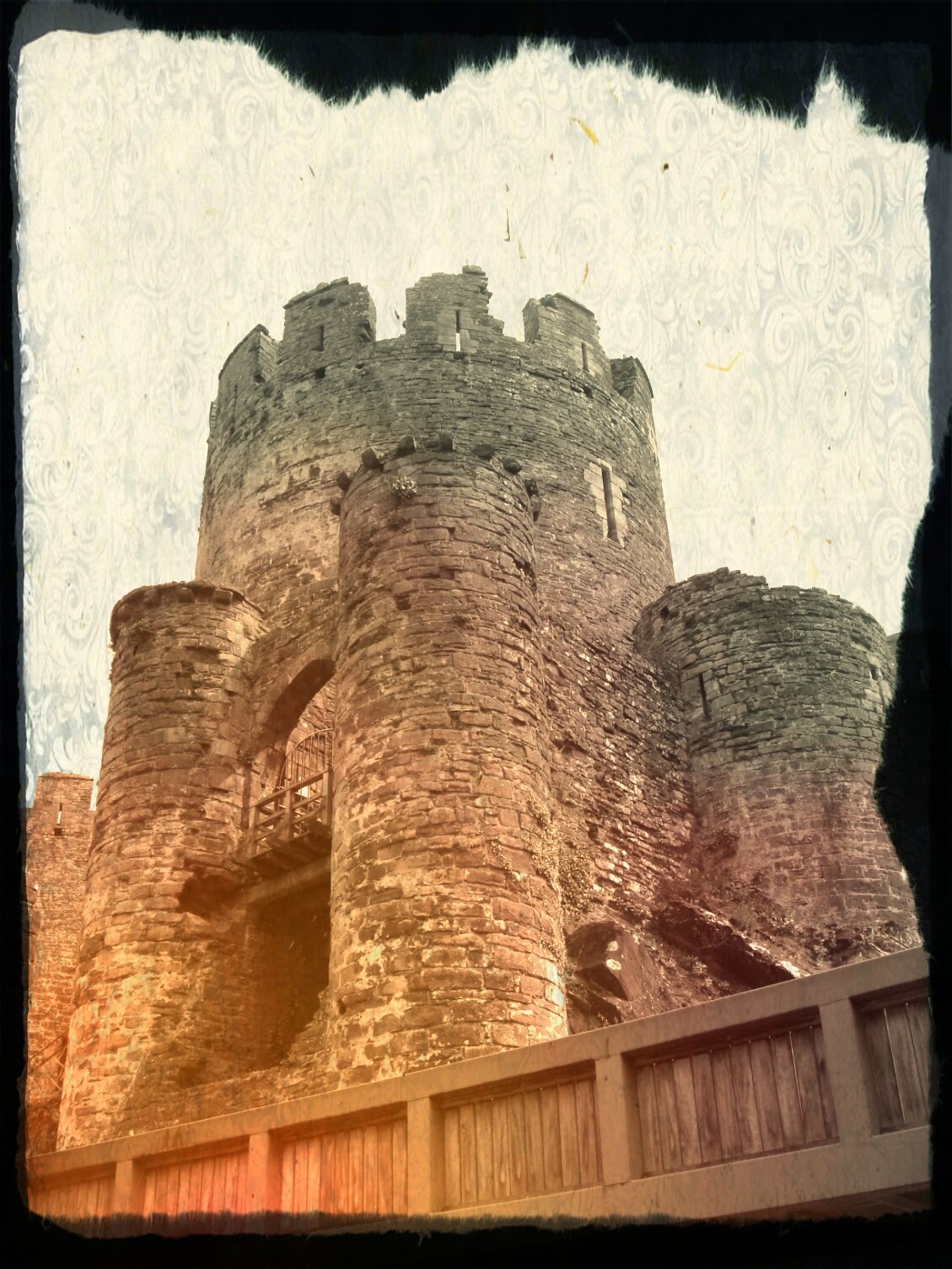 Eight embattled towers of rough stone, mighty and dominating, with the red dragon vessil that flutters on the central tower: you close your eyes and you see the knights in their armours, the veiled ladies and you imagine the battles, the beautiful and terrible storie which must have flown across these walls. 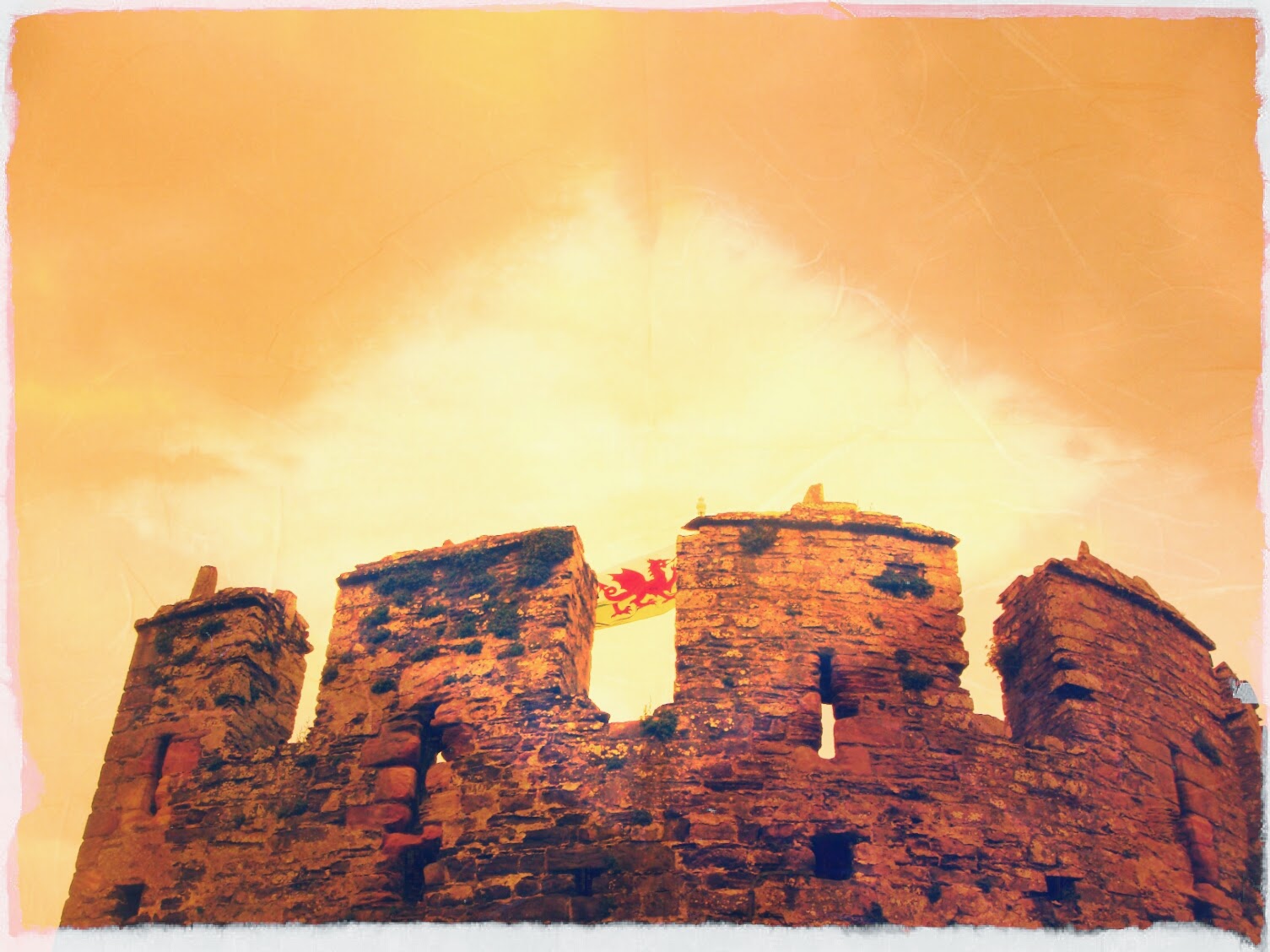 When you go inside you'll need to keep on using imagination, because there is nothing left: while the perimeter and the towers are intact, the central halls are completely in ruins; it is still possible to gather the planimetry but there is nothing else, apart from many pidgeons hiding in the stone niques cooing at you with a rather menacing tone because you have broken into their home without being invited. 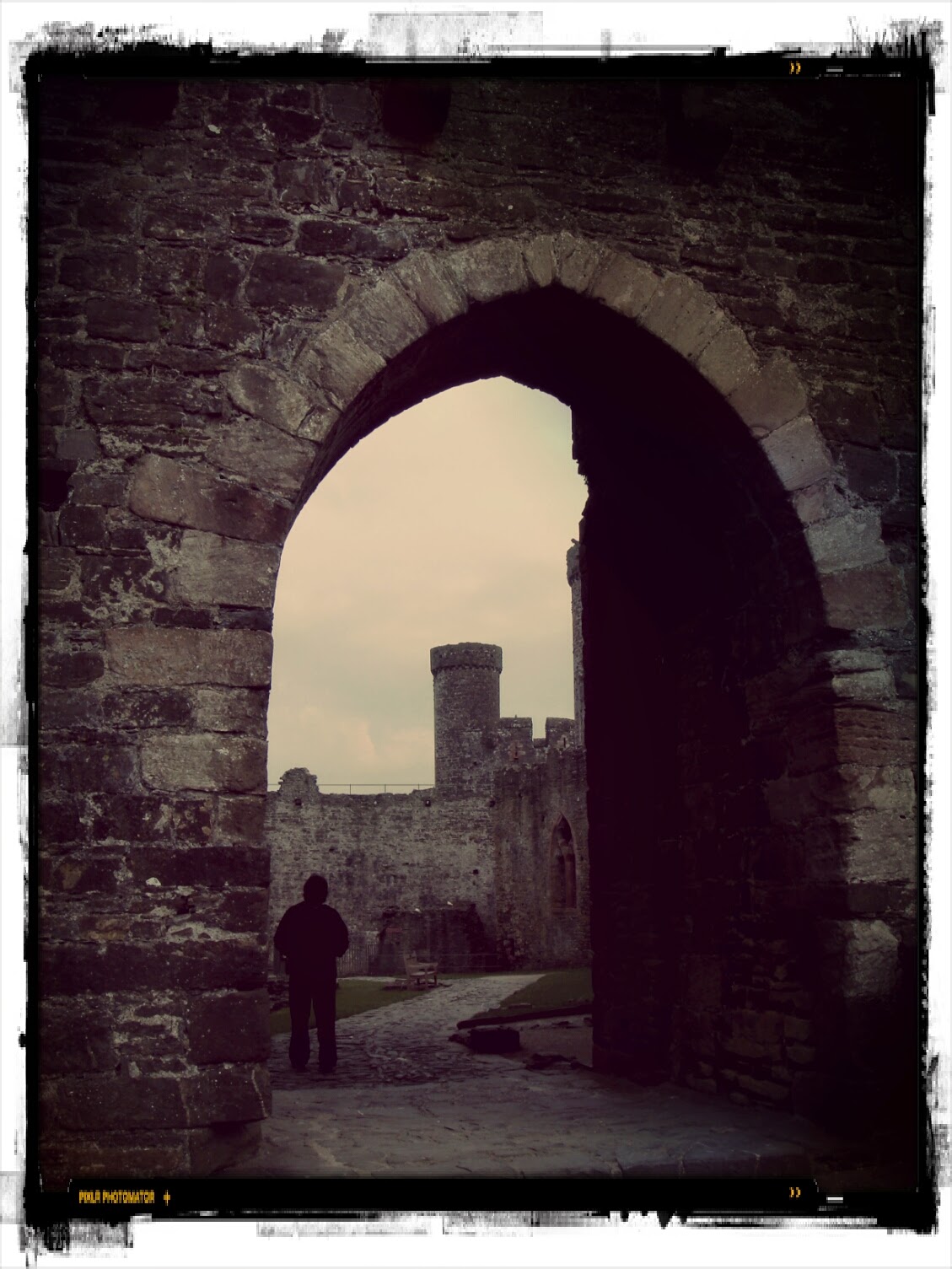 Well, I've paid the ticket, but I doubt pidgeons are member of the National Trust.
If I were the fairy Godmother of Cinderella I could transform the pidgeons in courtiers and ladies, and a couple of seagulls into the king and queen; but, since I'm just a black cat and not a witch, I can't do any magic and I just get content of fantasy - widely helped by the illustrated panels hanging in every corner which tell the story of the castle.
Maybe this is the reason why I've always had a soft spot for ruins - because they allow me to daydream even more.
And Conwy castle is a really charming semi-ruin. 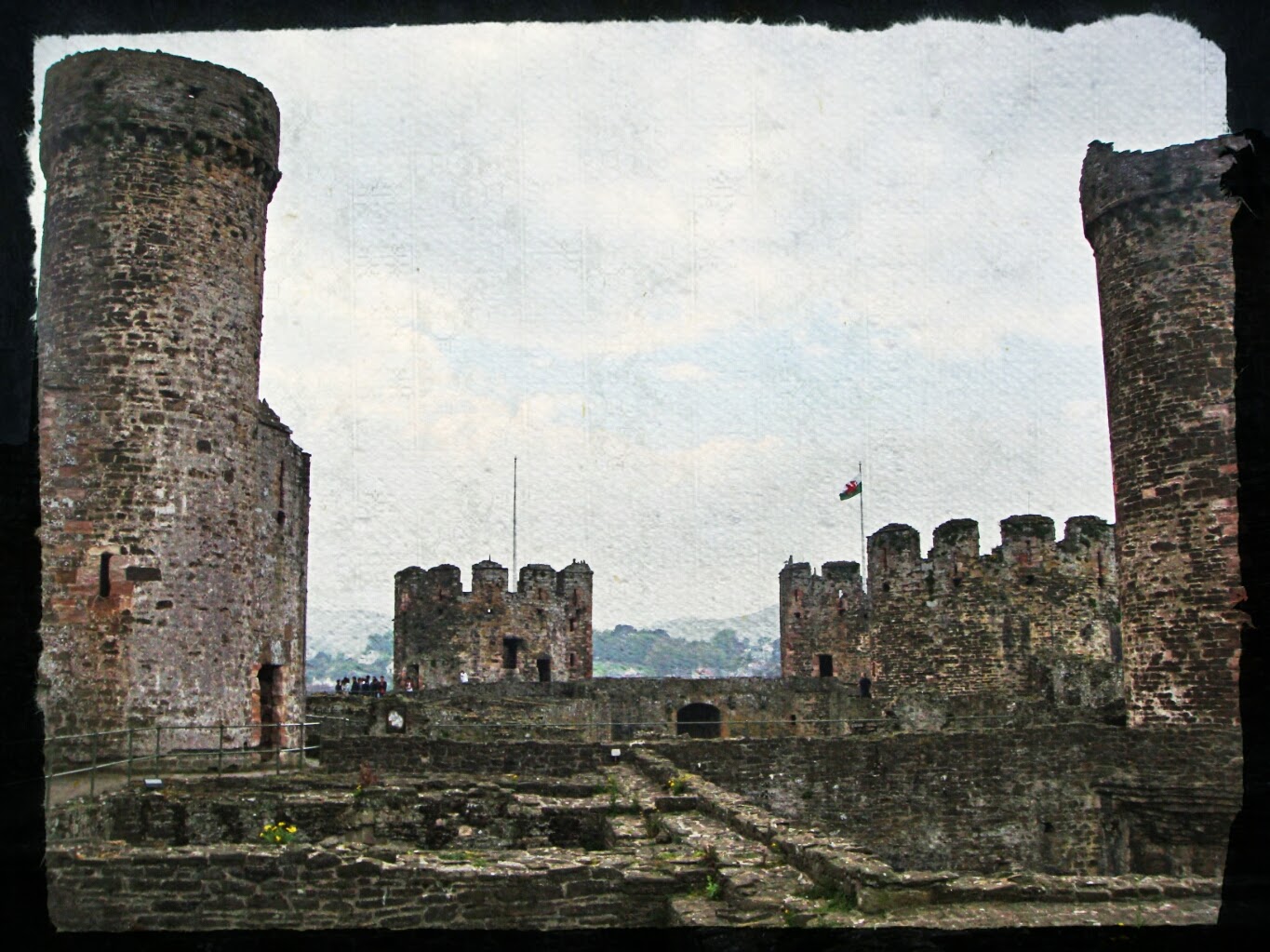 As I've told, anyway, the perimeter and the towers, after almost 800 years, are still intact - and from there, climbing over the spiral staircases, you can enjoy a really spectacular view on the bay and the meadows surrounding it.
A seagull stares at me, with its kinda bully attitude.
Maybe he's hears that, if I had magic powers, I would transform him into a king and he's already boasting about it.
Well, I'm sorry my seagull friend, but from here, with this view, for a moment everyone can feel king a bit... 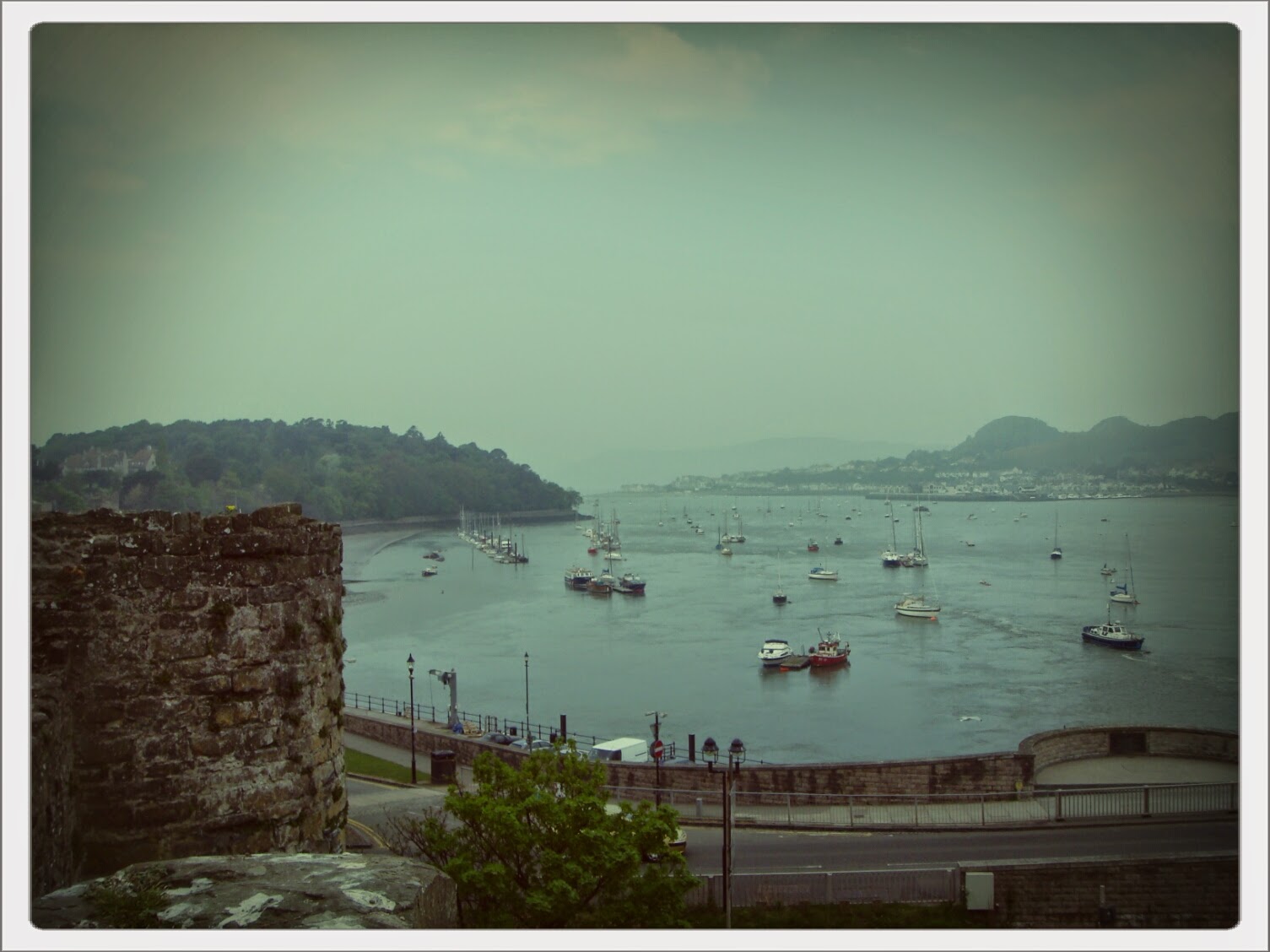 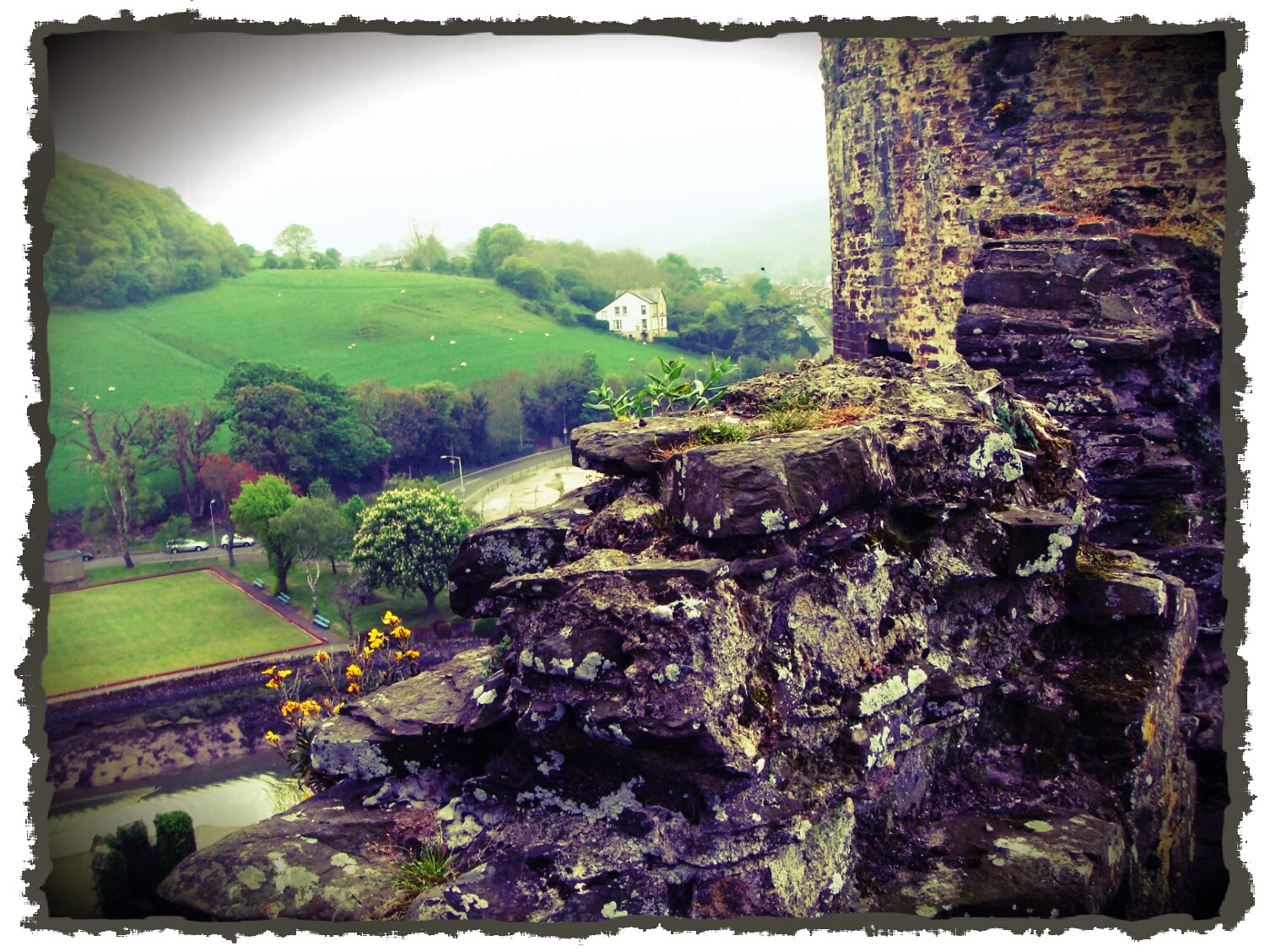 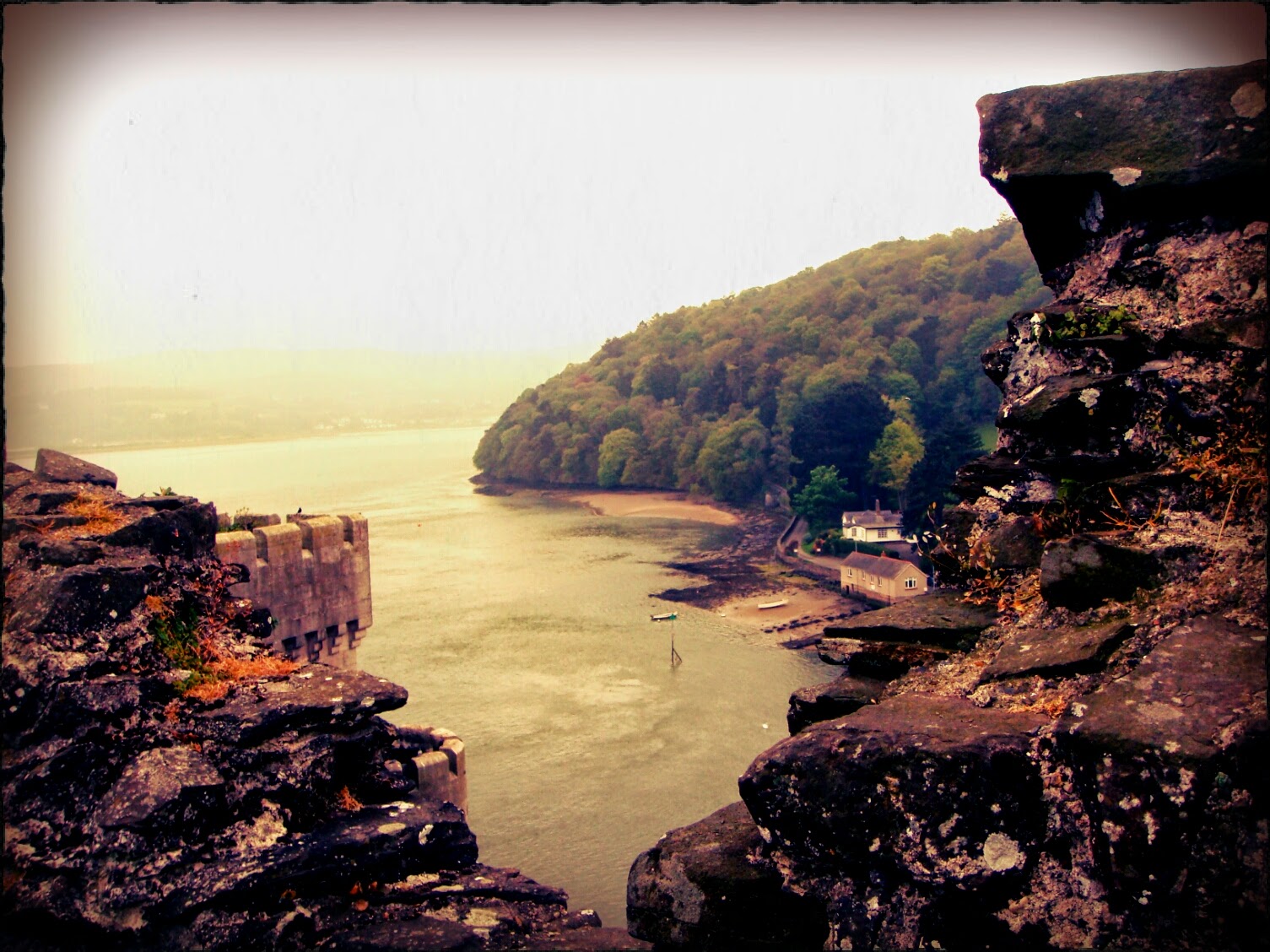 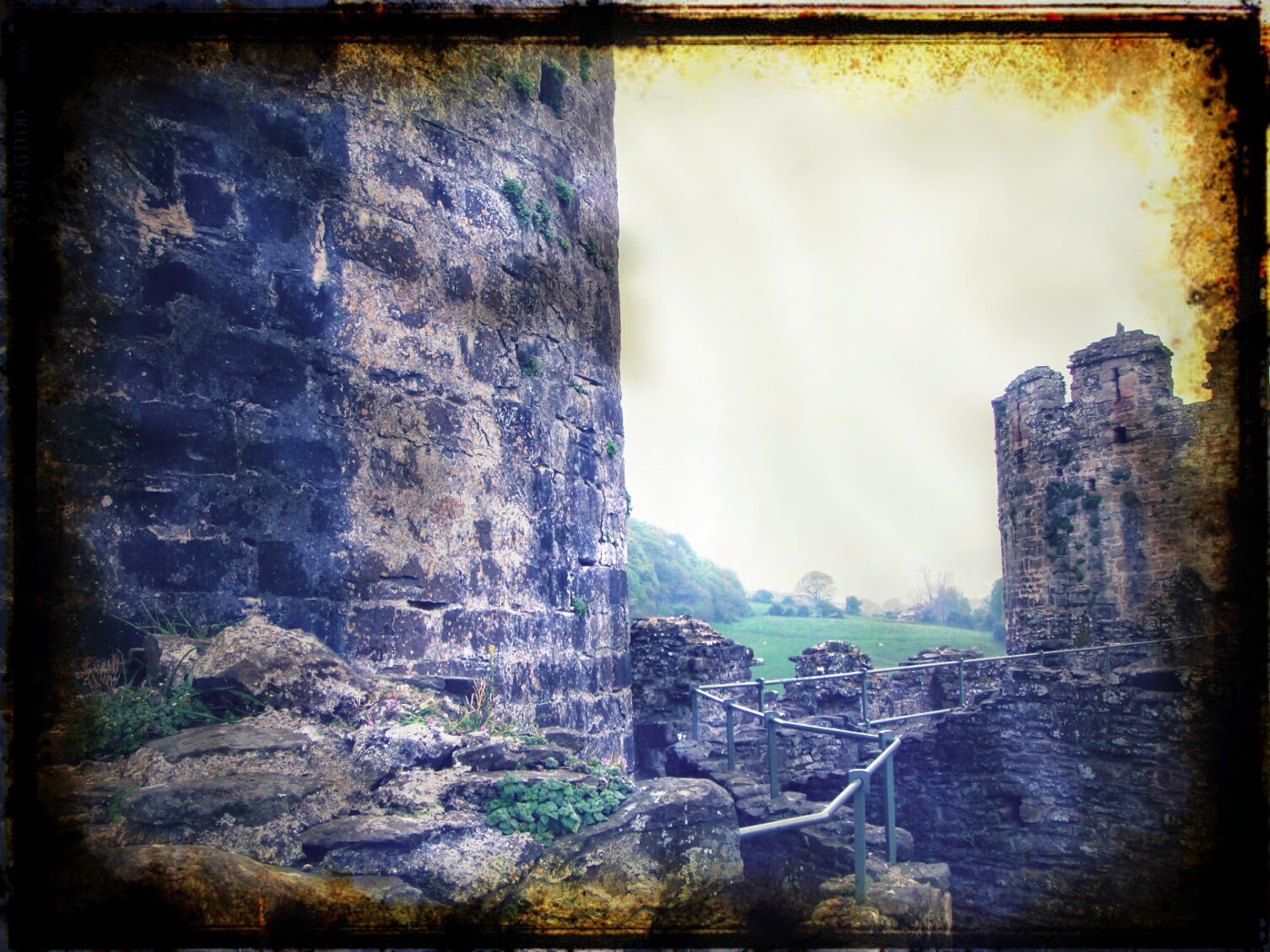 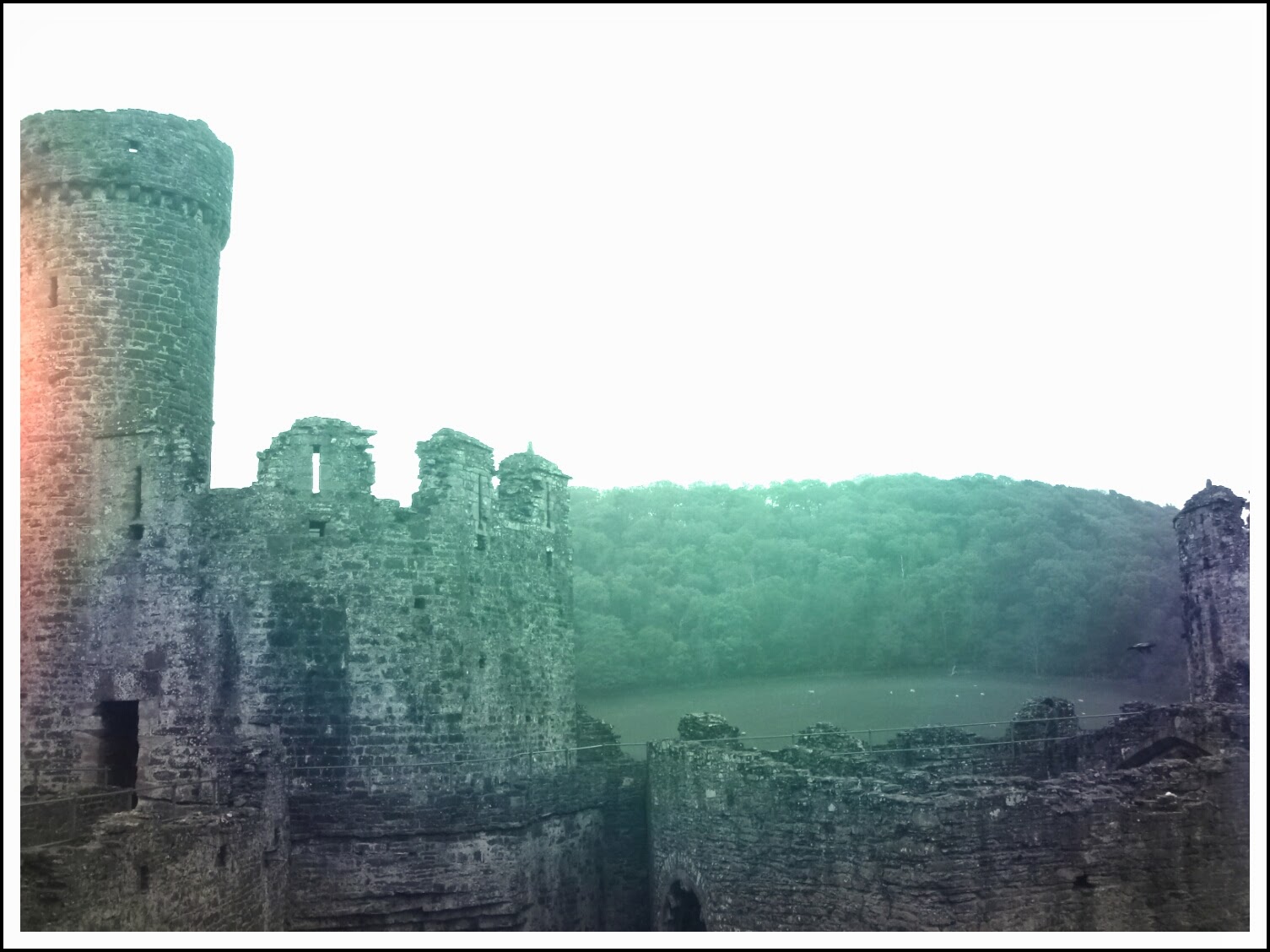