Betws-y-Coed and Gwydyr Forest: the real soul of Wales

Wales is the land of the Red Dragon, it's the land of Merlin and King Arthur, it's a land of myths and legends, of wizard druids and heroes.
It's a land full of legendary stories, where you don't really know whether supernatural was used as a metaphor of what was actually happening, or if was what had actually happened to be then transformed in supernatural.
These stories have been handed down orally, from father to son, sliding through one generation after another, with no stopping even in front of the advent of Christianity, but simply changing face to the protagonists: no more druids but saints, with no more dragons to fight but with Satan as adversary.
Because they are not simply stories, they are connected with the identity of this Country.
They are connected with the green of its valleys, the mellowness of its hills, the shadow of its woods.
With the flowing of water and the blooming of the bluebells.
When you are surrounded by so much beauty it's not difficult to believe that magic actually exists... 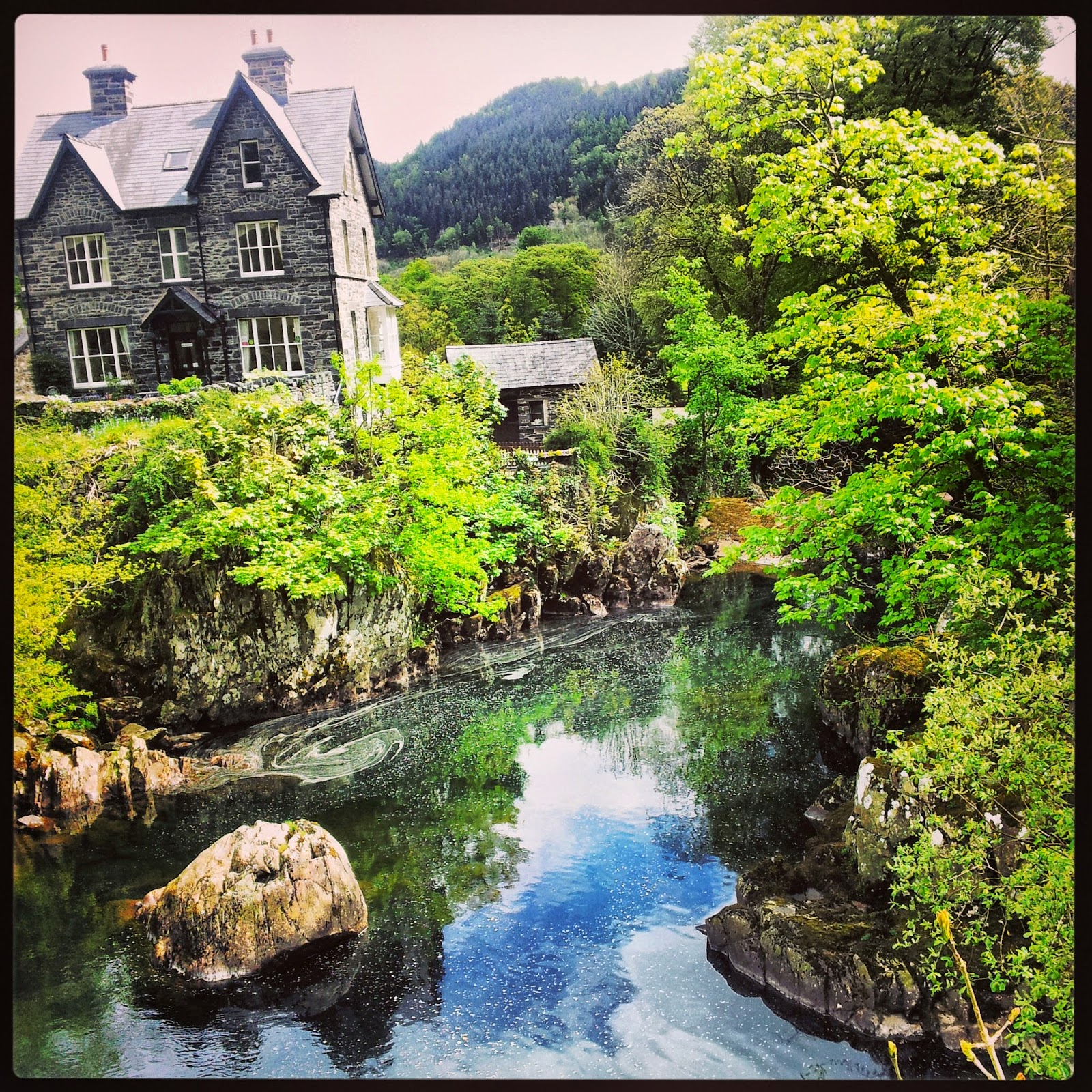 Betws-y-Coed is one of those places where you end up being totally convinced about it.
Betws-y-Coed, even if it has a name that at first almost seems unpronounceable (but it's easier than expected: Betoos-i-Coeed), is one of the most famous holidays resorts in the Snowdonia Park, a very green beating heart in the North of Wales, made of mountains and wild but mellow nature.
This village is considered one of the main access gates to the park, and it welcomes the tourists with dark stone cottages and some cosy cafés where having tea or lunching with a luscious Welsh Rarebit (toasted bread topped with LOADS of melted cheese). 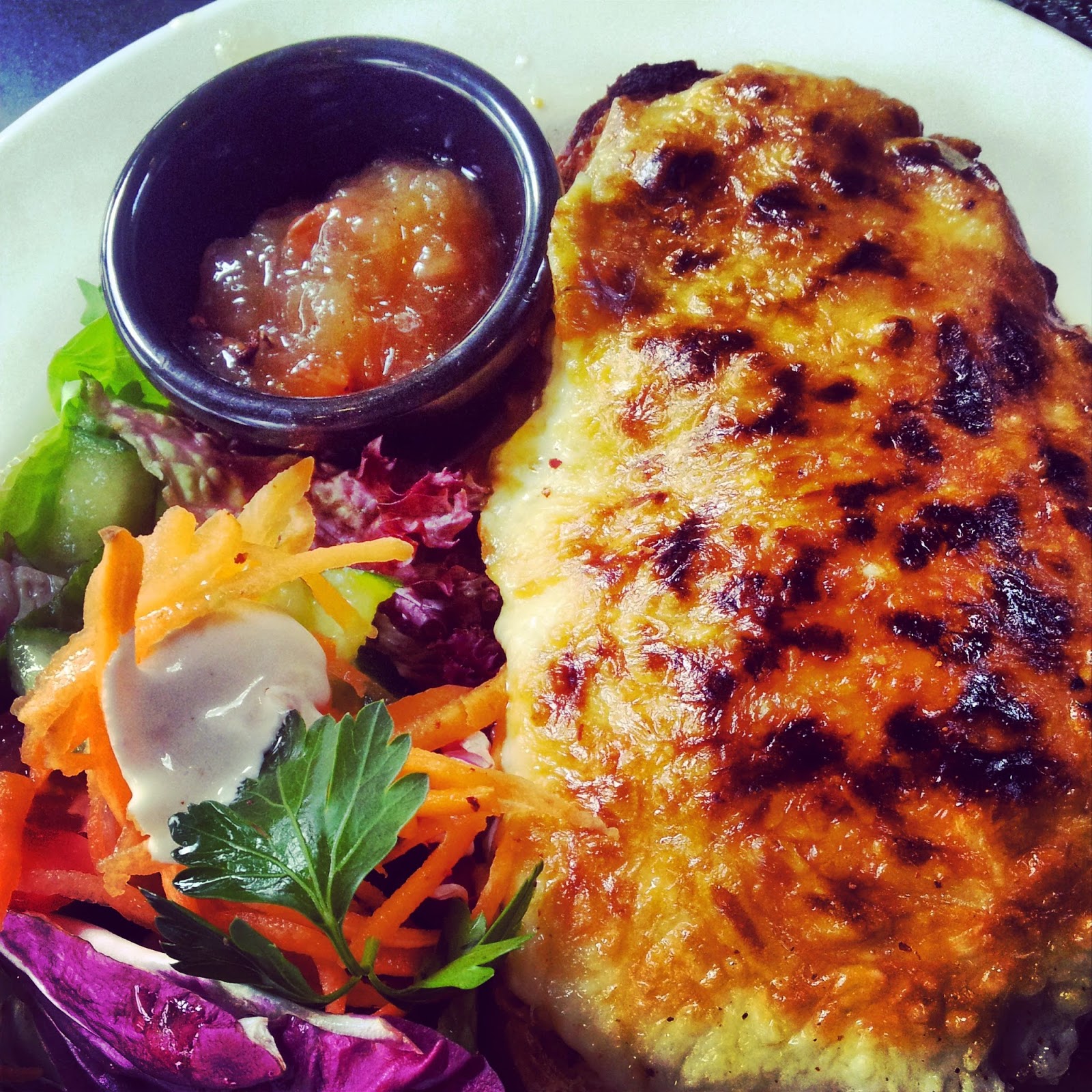 But the magic of Betws-y-Coed lays a couple of steps away from its inhabited center, where you can immediately dip yourself into the enchanting Gwydyr Forest. 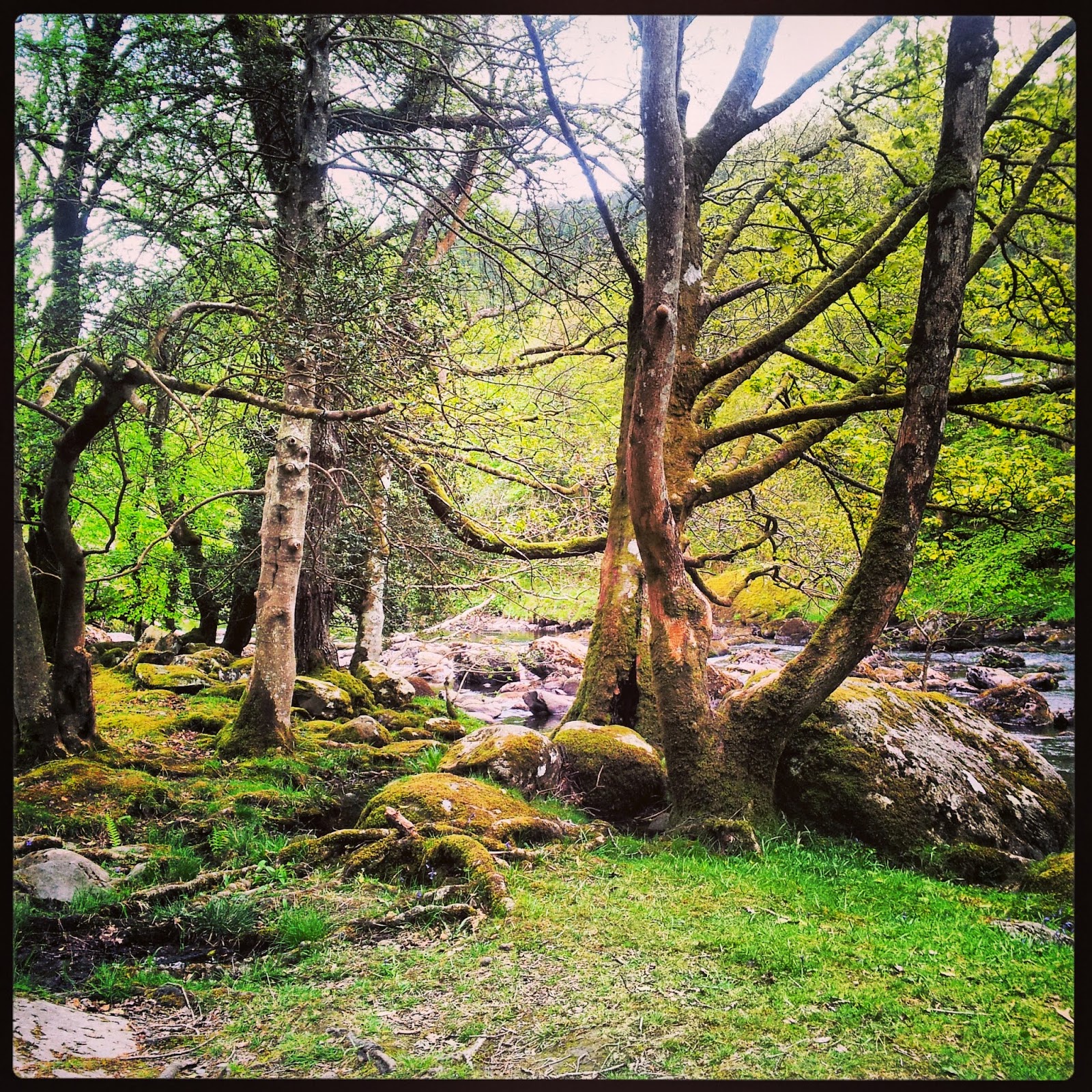 Sky is gloomy, trees that are surrounding us seem to be very ancient and very wise, to have seen many things, and, perhaps, to have breathed that magic of which they still talk about in this place.
Or maybe they are themselves part of the magic, of the spell of the nature, which consists about creating places like this, where you are able to feel in peace and at the meantime thirsty of life, willing to go on, to never stop. 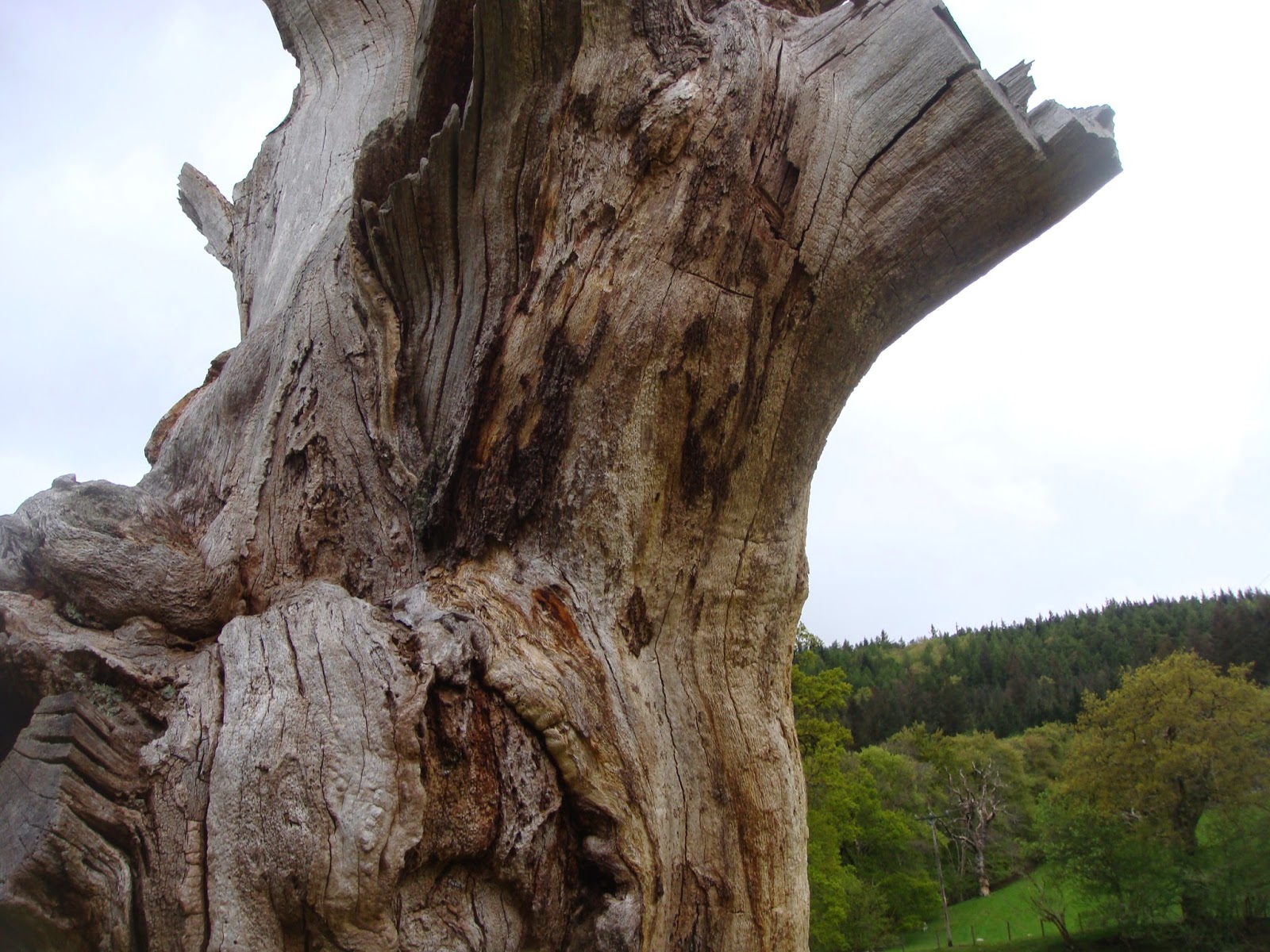 These trees have long and knotty fingers just like the druids, their cortex is thick and scaly like the skin of a dragon, and they wear a green suit just like a pixie, made of soft musk, as silky as the hair of a fairy.
Their roots twist like the coils of a snake, as wry as a riddle, they pop up from the ground like a rebel warrior - and who knows which kind of treasures they might hide among the impassable protective fingers. 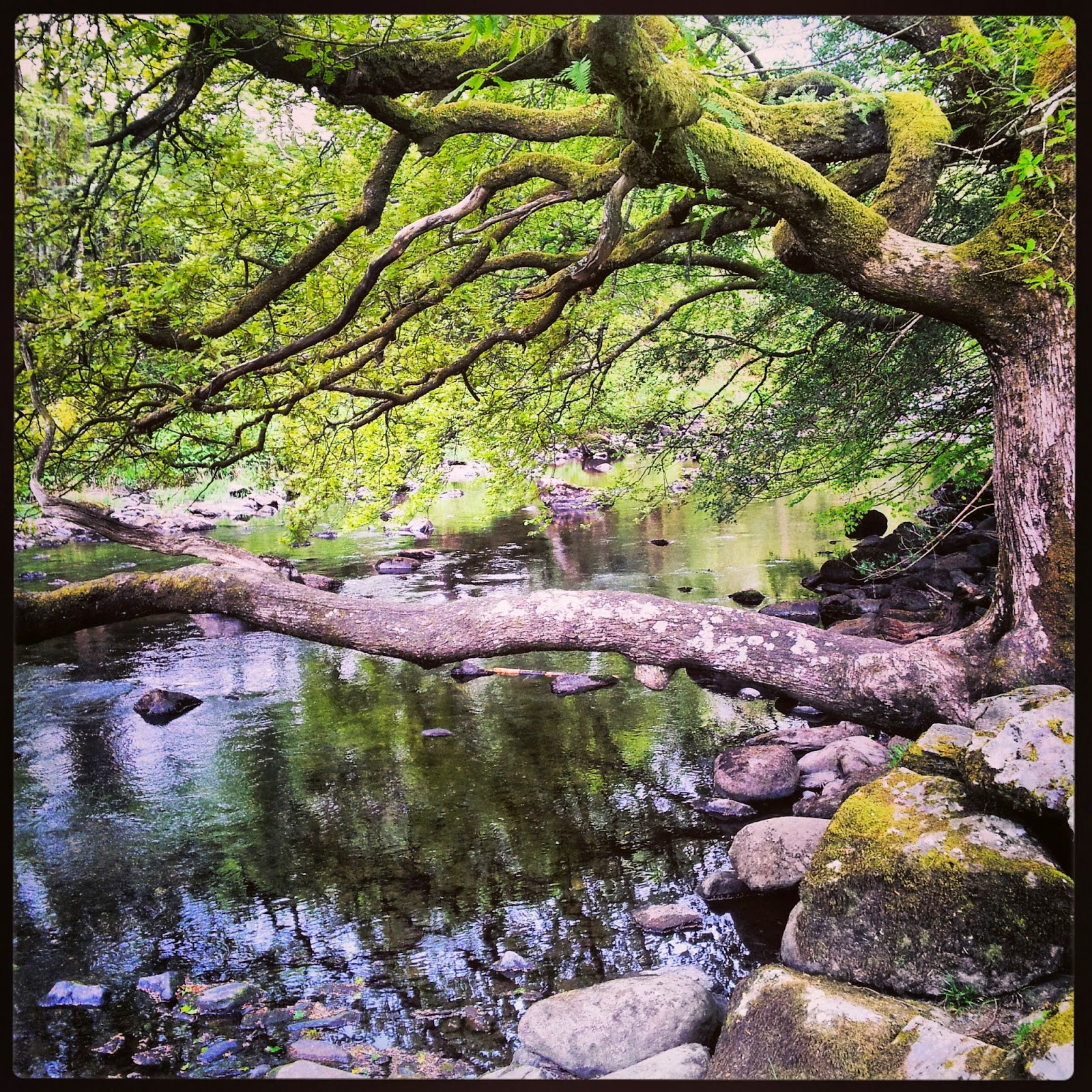 These trees are alive beyond any doubts - but not alive in the same way all trees are.
It feels like that, from one moment to another, they might speak up, move towards you, touch you on the shoulder with a branch and tell you the secret they are keeping.
Or maybe that they might want to leave a spell to make you get lost, to not make you get out anymore from the forest.
And perhaps it can actually be this way - because I wouldn't want to go out from this place anymore. 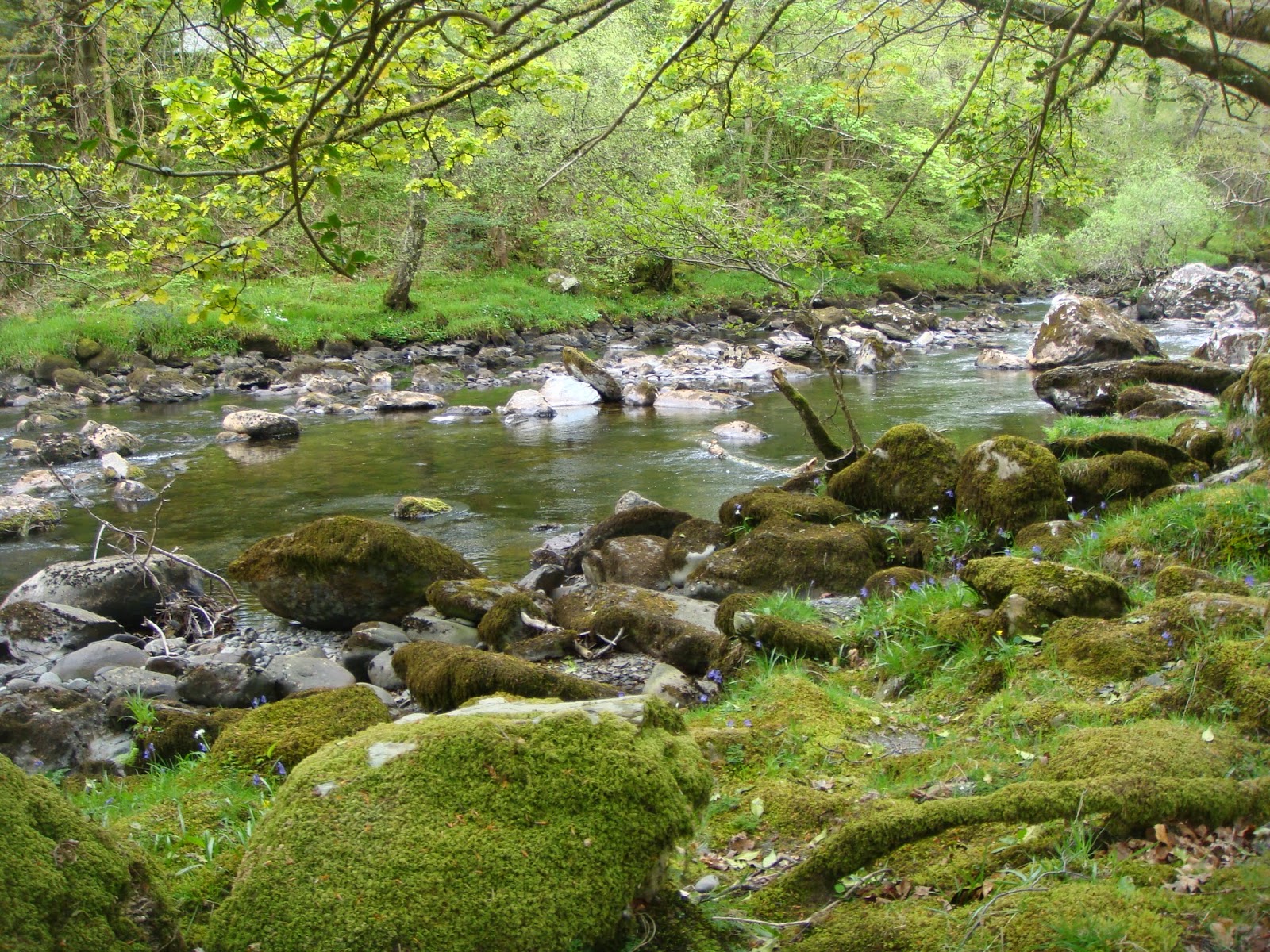 Grass is so green and the ground where it grows is soft and peaty.
It's dotted with bluebells and yellow gorses. 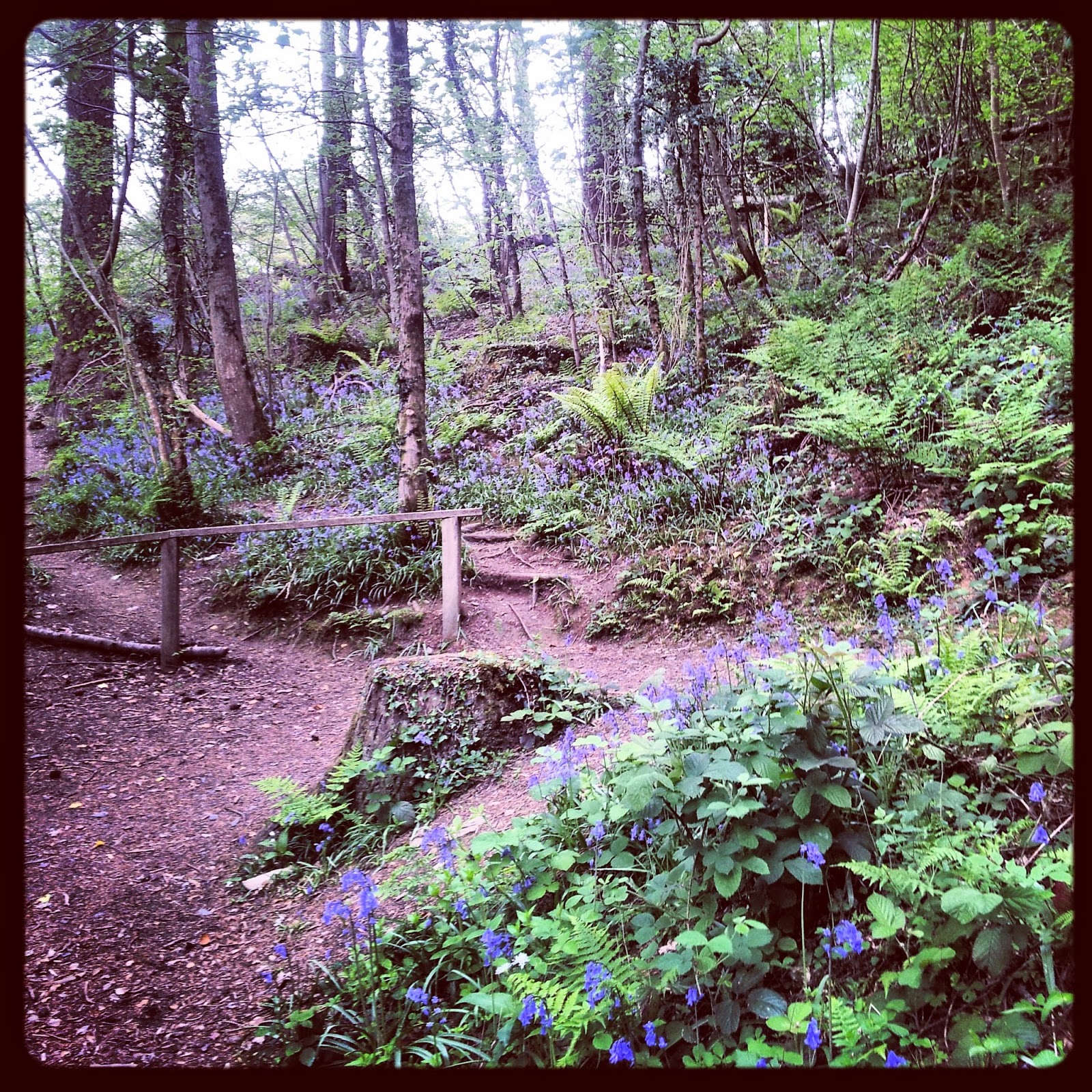 Rocks are wearing a camouflage made of musk, and you just cannot understand whether they are stones pushed away from the stream or humps of the ground. Or some goblin trying not to be noticed...
The stream flows gurgling and its dark and frothy waters are caressed by the branches of the tress, leaning towards it, in a sort of idyll between river nymphs and old druids. 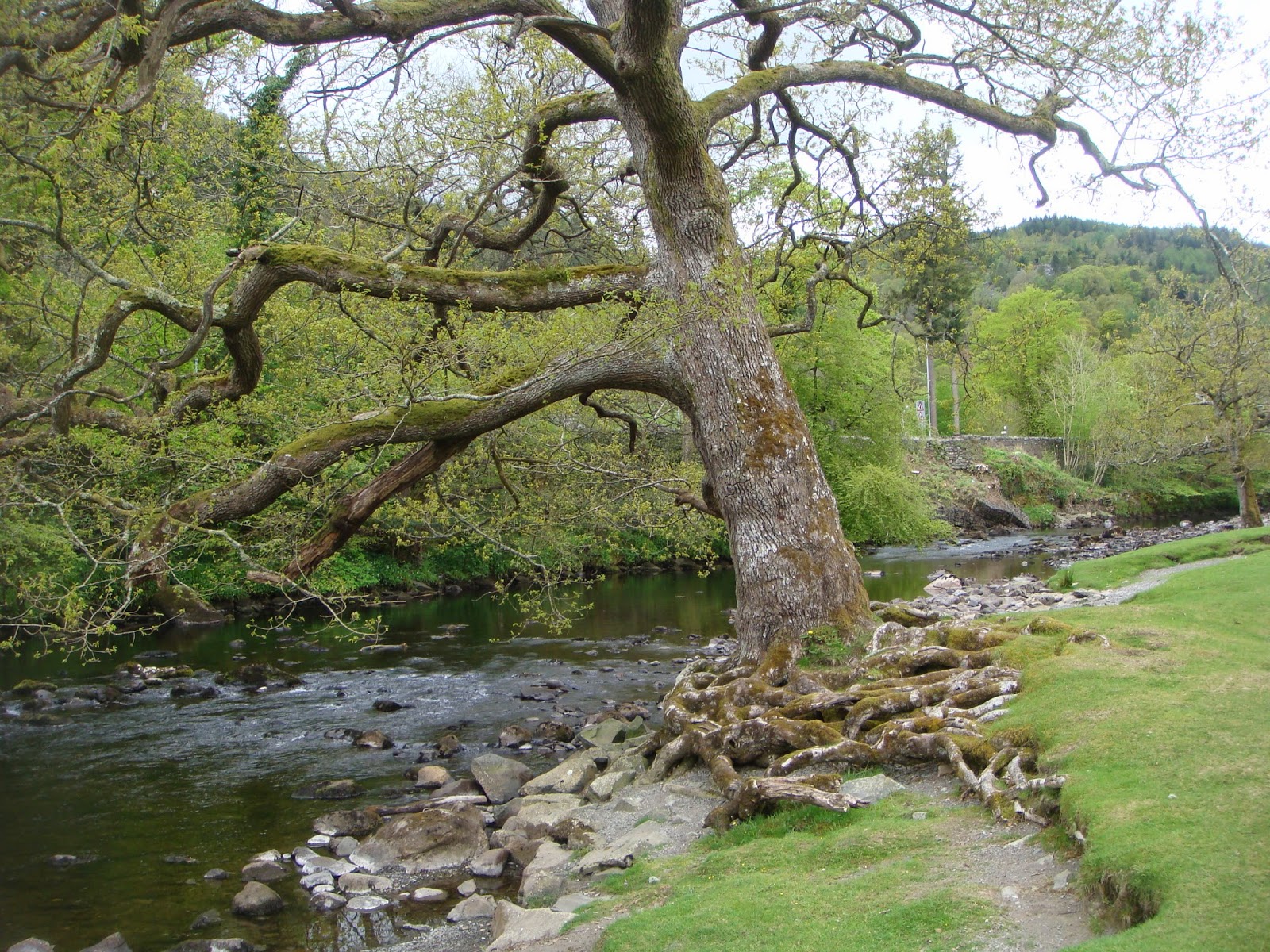 There is something primordial, atavistic all around, but it's not hostile.
The Forest is silent and secretive, lost in its own thoughts, but it gives kind smiles to those who come to visit it.
Man is welcome into its mistery, if he's able to respect it, if he can learn to feel in harmony with it.
And here you can actually start conceiving the idea of magic the way it was meant by the Celts, who had made of it the center of their Old Religion: magic is not made of juggler tricks or of bunnies in the hat; magic is actually the neverending energy flow which runs inside nature, which makes it so beautiful, so alive...
Pubblicato da Serena Chiarle a 20:23