Toronto (or the first time my paws step overseas)


As for the jet-lag, it's pretty much a weird sensation, feeling dizzy and willing to collapse into bed, but in the meantime also all jumpy and willing to do & see because the sun is still high in the sky and you are in a new city you are curious to explore. Luckily I am sensitive to sunlight, so it's been quite easy to fight the sleepiness and go with the flow of the new time settings.
The skyscrapers were fair more interesting instead.
I have mixed feelings towards them, because officially I'm really not keen on modern cities and I'm just all for ancient and cosy ones; but I kinda undergo their charme: they are great photographic subjects, because their mirror game can be transformed into engaging shots; and then... well, uhm, they are basically different from the kind of skyline I'm used to see in Europe, and I find it catching.
And I just keep on asking myself how do they manage to keep clean all those windows... 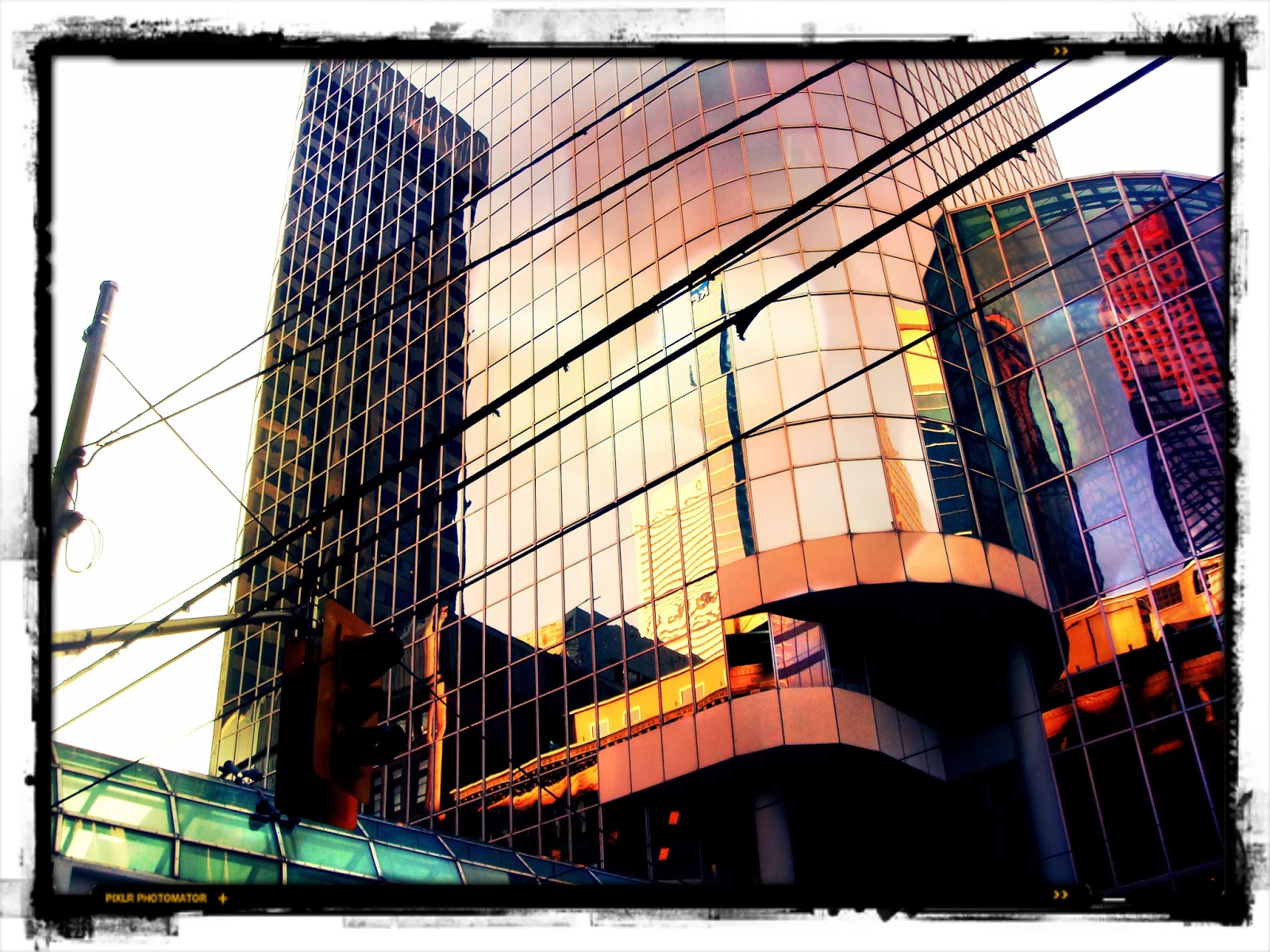 CN Tower is impressive to be seen from underneath, but we didn't take the elevator to reach the top.
I'm not really into this sort of things. Seeing the panoramic view from the highest buildings in the world can be surely breathtaking, but it's usually also rather crowded and narrow. And expensive, nonetheless.
So we just wandered a bit around it in the Roundhouse Park, taking some pictures of the miniature railway and then strolling down till the Queen Quay in front of the harbour. 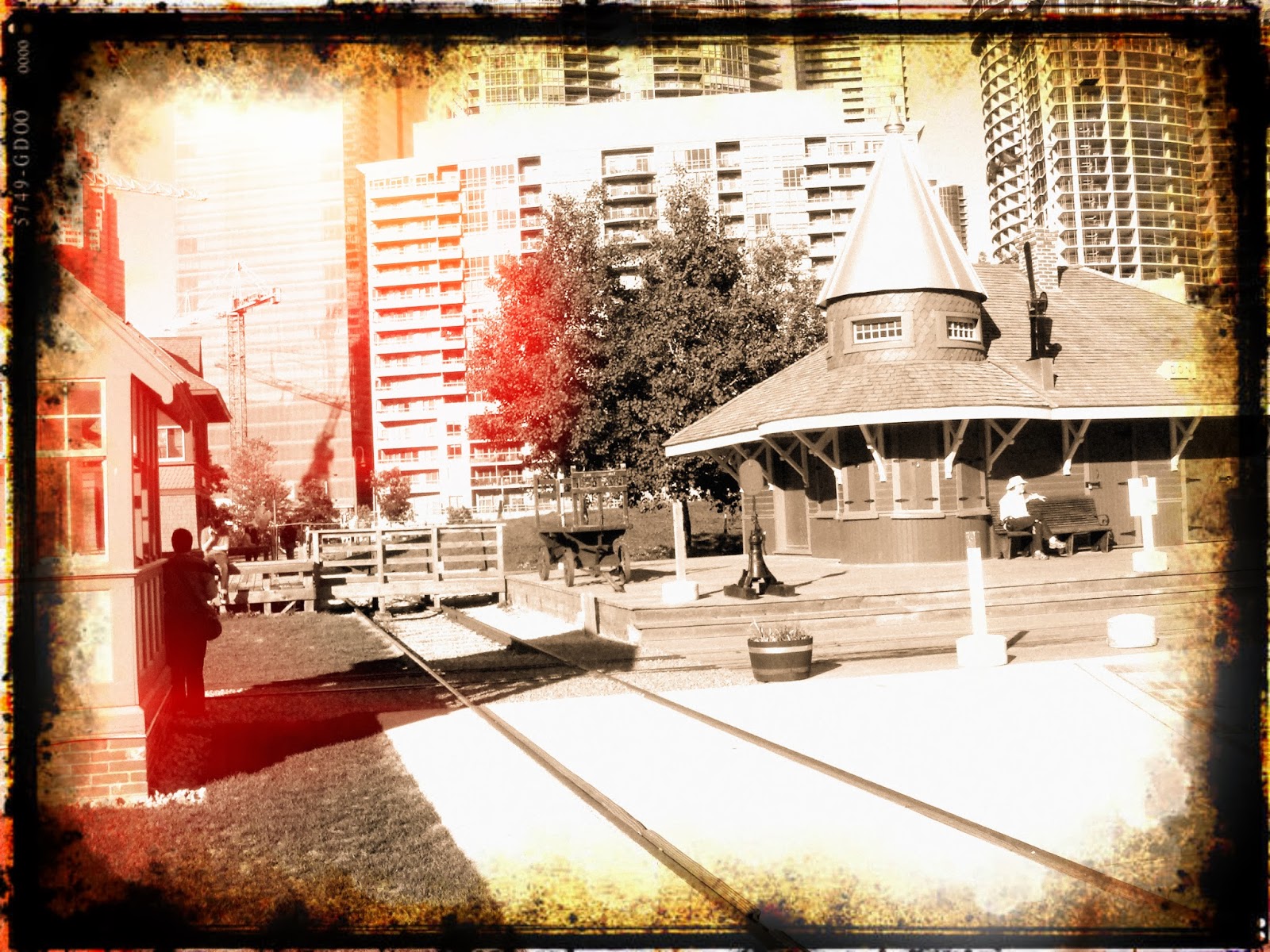 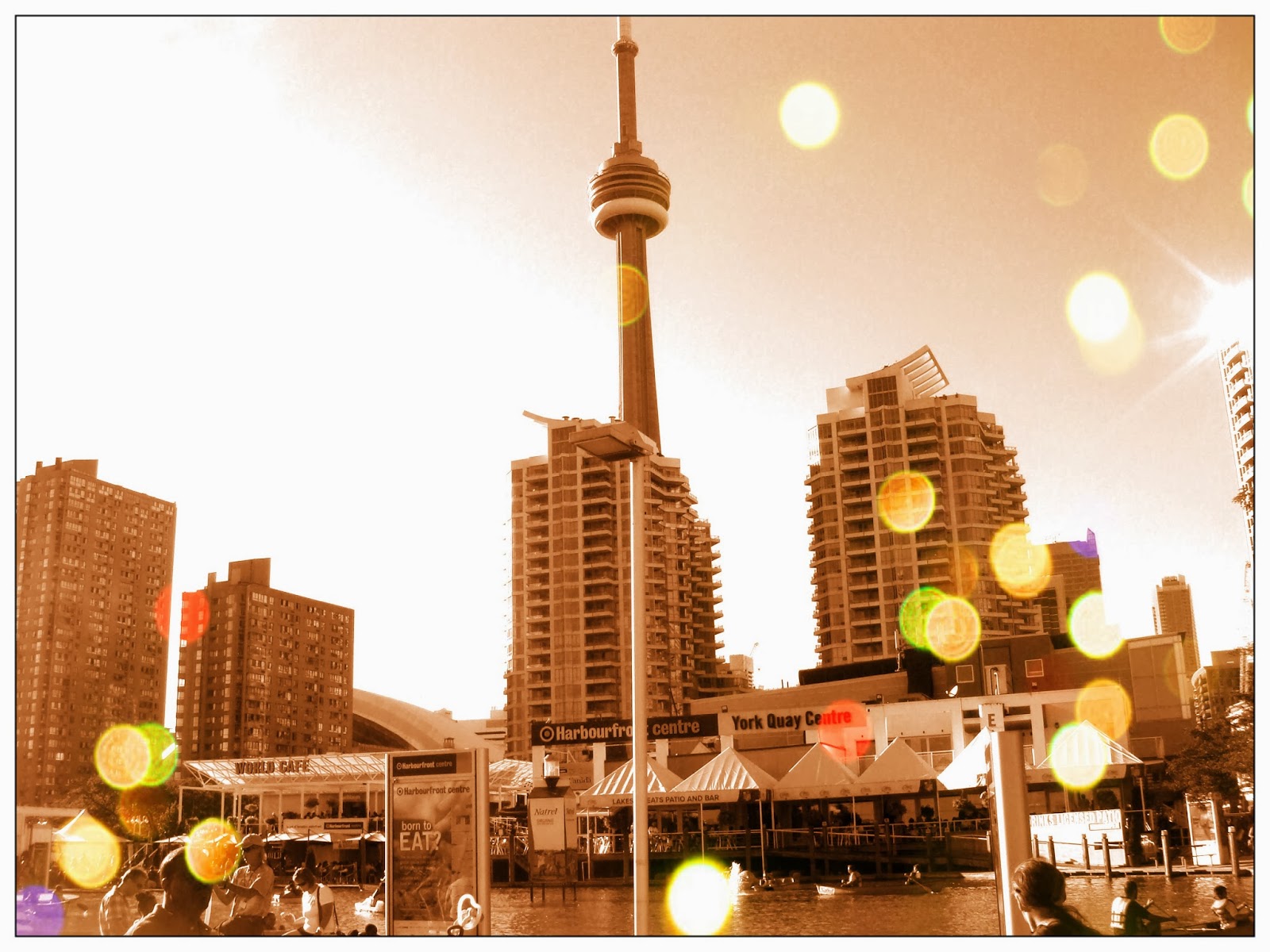 Nathan Phillips Square provides an interesting contrast between the (new) Town City Hall in its modernist style and the Old City Hall in Romanesque style.
A well balanced mix. 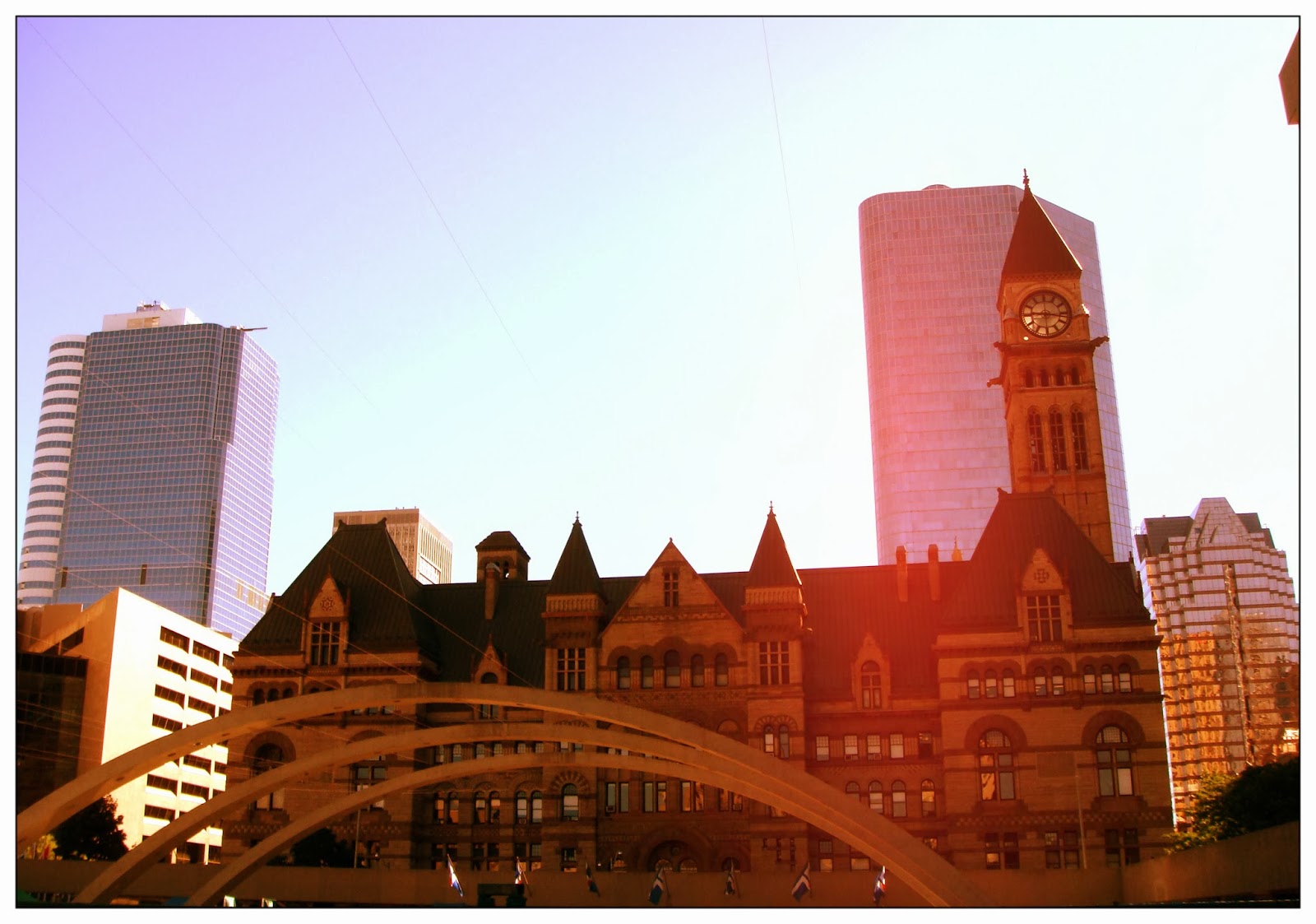 And Chinatown I've managed to find a way to look Toronto from above, without climbing the CN Tower ;) 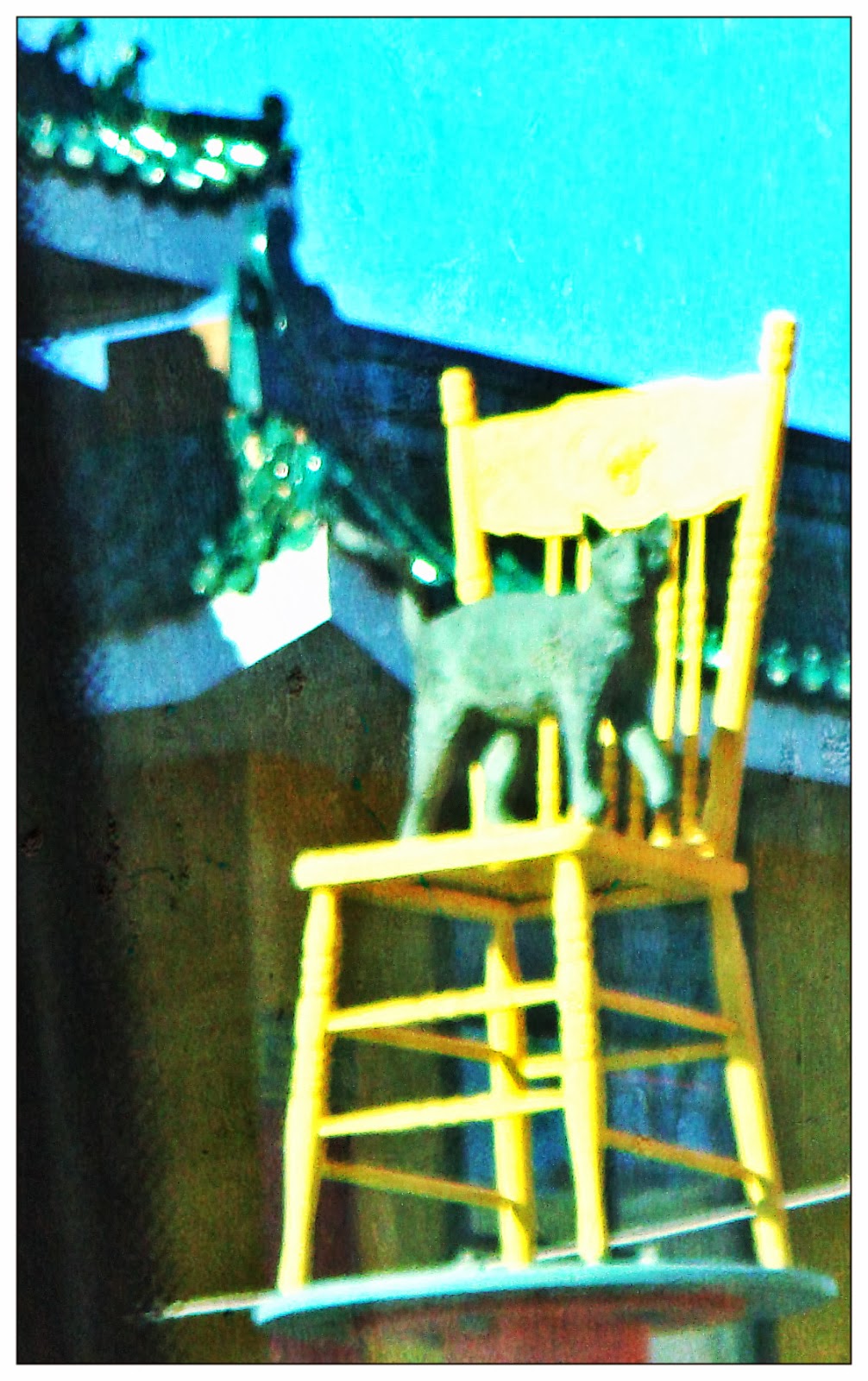