Another interesting excursion you can do while in Toronto is taking a cruise among the Thousand Islands.
The Thousand Islands are an archipelago in the Saint-Lawrence River and they are actually 1864 and they straddle the border between USA and Canada.


These islands come with different range of size, and they can host from a single stranded tree or bush from a whole masonry castle.
This latest one, named Boldt Castle, is on the so-called Heart Island and is a monument to a romantic and tragic story: mr Boldt was a magnate that in early 1900's own this heart-shaped island and engaged the ambitious project to make build what should have become one of the largest private houses in America, to give it as a present to his beloved wife. The project was for a huge estate, including a 120 rooms mansion, a golf course, a tennis court and much more. Unfortunately she died before the works were concluded and therefore the building had been left neglected and exposed to weather and vandalism. In 1977 it was acquired by the Thousand Islands Bridge Authority at the symbolic price of one dollar and it's been restored and opened to public.
Mr Boldt by the way was a German migrant who started his career as a kitchen worker and then he quickly became the manager of the Waldorf-Astoria hotel in NYC.
So this island has a pretty interesting story to tell. 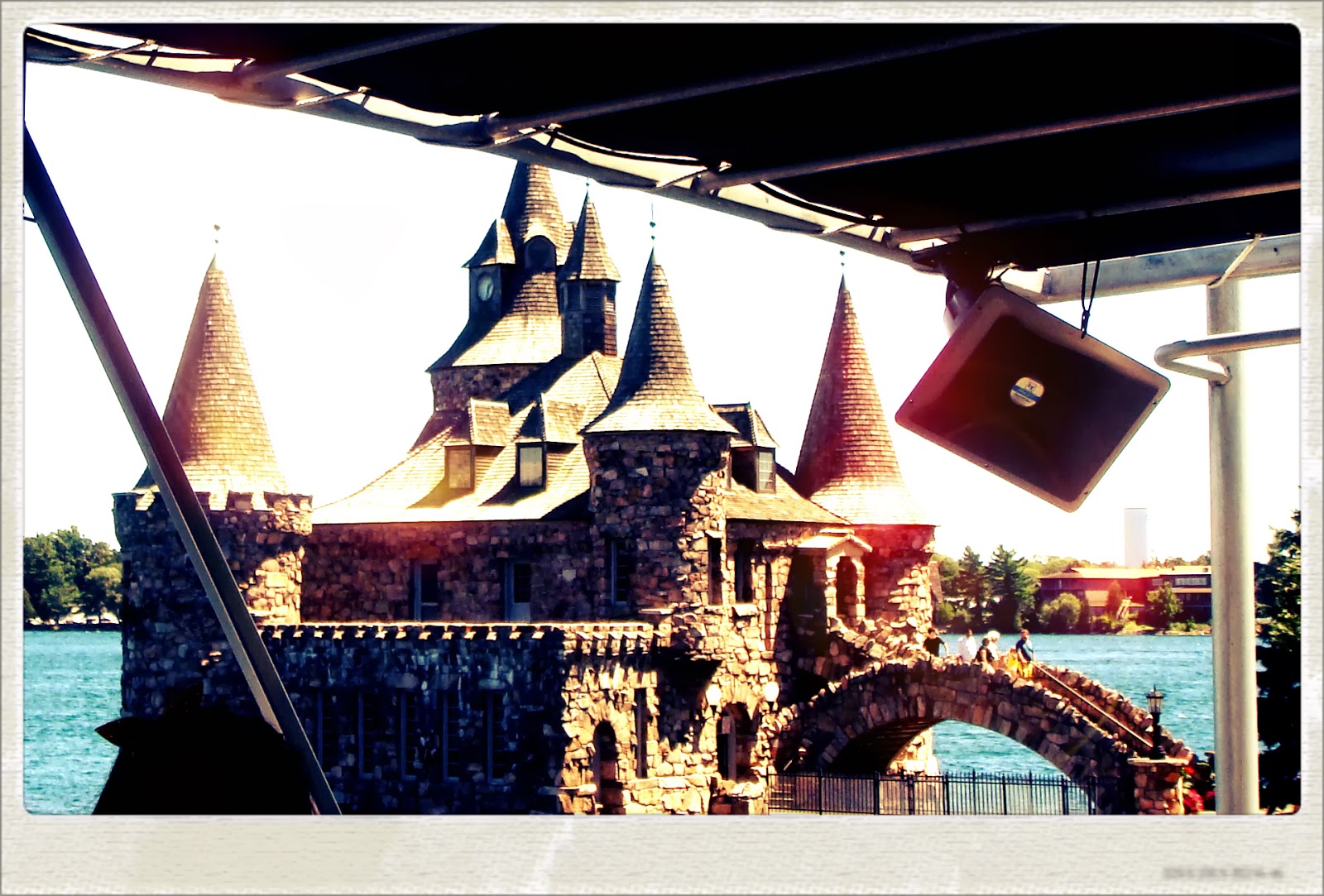 Zavikon Island are actually two islands which are connected with a bridge.
The bigger island lays in the Canadian territory, while the smaller one is in American. This makes the bridge the shortest border crossing bridge in the world. 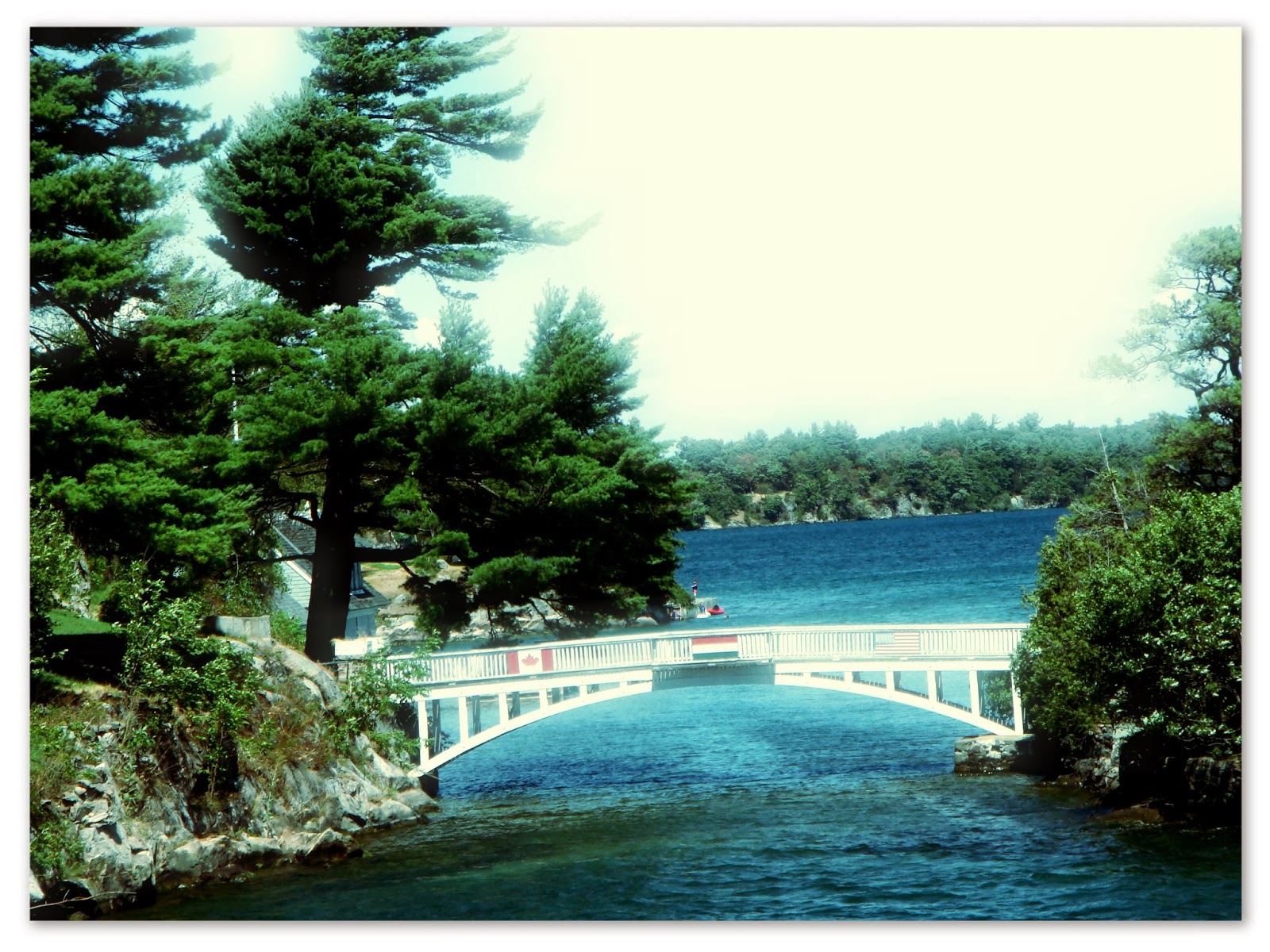 The cruise takes about an hour.
Then you can go to have lunch in one of the restaurants in front of the river. If the day is sunny the view is stunning - so sparkly blue.
Obvious suggestion is to taste something with the Thousand Islands dressing, which has actually been named after the archipelago: legend says it's because the chopped vegetables inside it kinda remind of all the islands scattered in the Saint-Lawrence.
Pubblicato da Serena Chiarle a 23:22