The magic of Harry Potter

Did you know that Hogwarts actually exist? That Diagon Alley, Hogsmeade and the Ministery of Magic do exist and that, even if you are a Muggle, you can visit them?
Now that the filming of the Harry Potter's movies is over, just dismantling all the scenographies and/or donating them to cinema museums would have been quite a pity; so Warner Bros Studios has decided to transform the whole Leavesden assembly where the filming of the 8 episodes took place in a huge museum.
And not only the idea itself has been brilliant, but it has also been put in practice in a brilliant way.
If, like me and my friend Ginger Cat, you are a fan, you can't help but feeling in awe while walking around and seeing in front of you all the places, creatures and props that you know very well from the movies (and the books... and your own daydreaming).
Every corner you turn around there is something that leaves your mouth open and be like "OMG, this is... ! It's here, it's real!". Well, I'm quite a nerd, you know, but I guess that if you are a member of any fandom around, I don't really have to explain you this feeling, right?
I was about to say that maybe it's a bit childish, but besides the fact that I'm all for nourish and cuddle my own inner child because I think it's a way to enjoy simple pleasures of life in a more effective way, I must tell that during our visit we didn't see that *many* kids around. There were more adults, really. Which makes me feel better about being childish ;)
But also makes me wonder a bit about what stated above on the excitement of seeing "live" all the things seen in the movies: maybe a kid would react differently? Maybe he wouldn't feel excited but somehow disappointed, because he thought that - like, Buckbeak was a real living creature and not just an amazing work of mechanics? That Hagrid's hut was in the middle of a forest and not in the middle of a studio?
I don't know, but, as for me, since I am an adult (or, at least, I have the age of one!), it's been a magical experience anyway.

The ticket we booked for the visit is expensive (74 £) - but if you consider that it also includes transport (a coach leaving from Victoria Station and taking you directly to the studios - which takes about 2 hours), it can be worth it.
I have no idea about the cost of just the entrance ticket. If you don't have a car, another way to reach the studios by public transport is to take a train in Euston to Watford Junction, and then catch a bus from there. But I really don't know if this would be cheaper. We thought that the all-inclusive ticket could be convenient and just easier.
Anyway, you have to purchase the ticket in advance - tickets are not being sold at the studios, plus you have to book the hour when you mean to visit, as they just allow a maximum number of people in each hour, in order to not over-crowd the place.

Before a short filmed introduction to the visit, you are basically allow to hang around by yourself and take as many pictures as you want.
You start the visit in the Great Hall, where you can meet all the professors lined up... 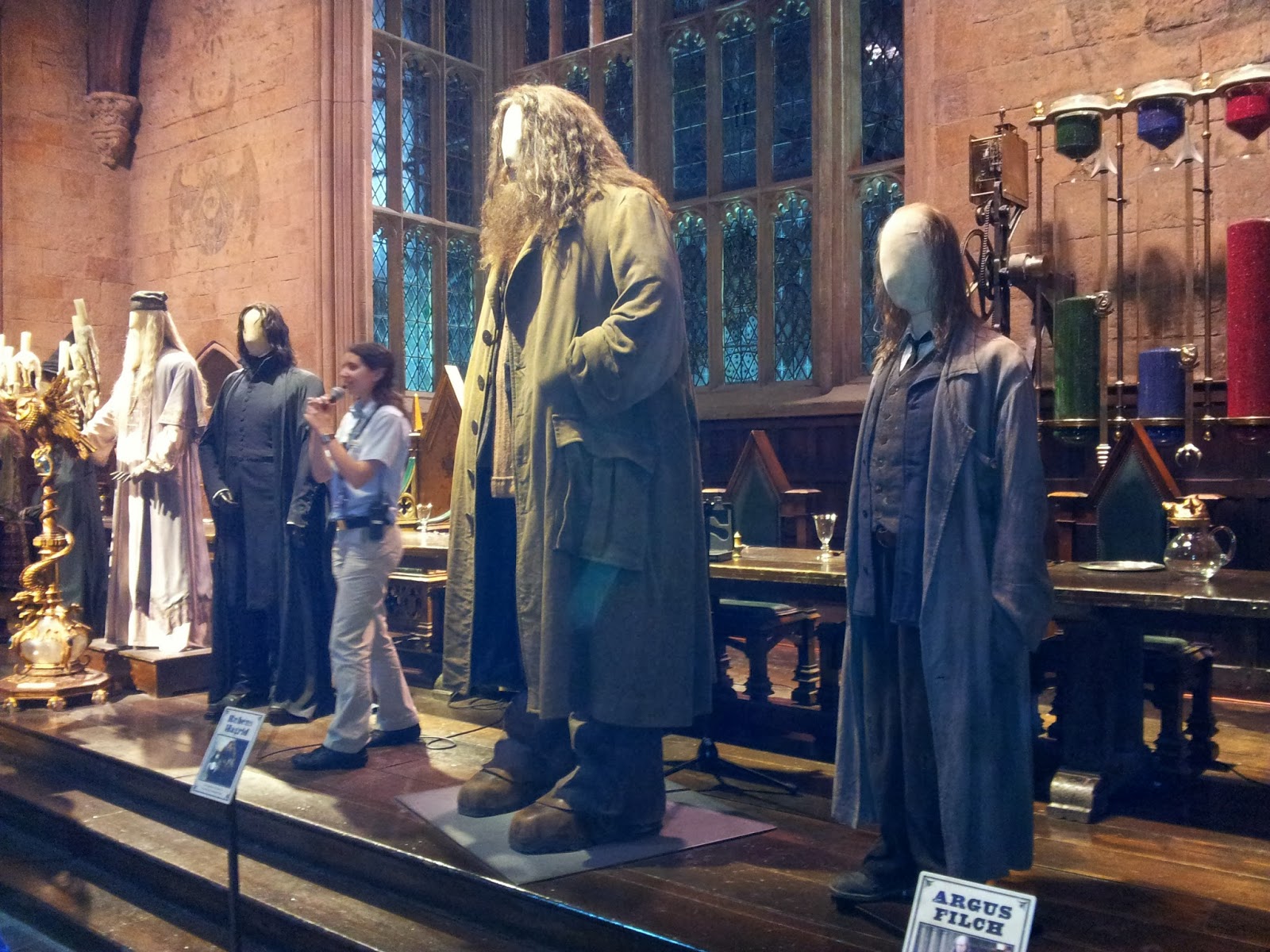 And then you just can start hanging around very familiar places: Dumbledore's office, Hagrid's hut, Diagon Alley, the Ministery of Magic, Gryffindor dormitory, Gringott Bank, the Weasley's cottage and much more. 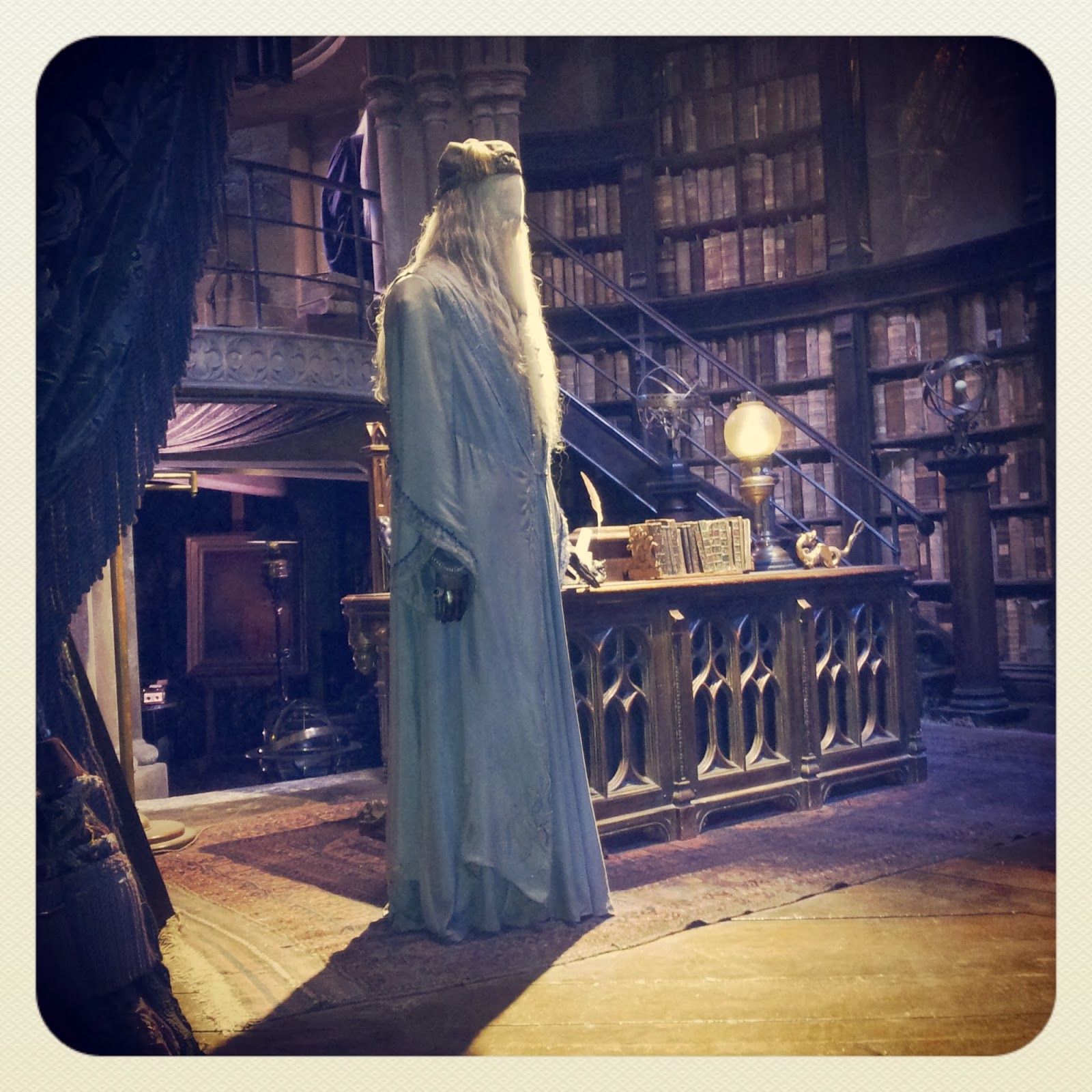 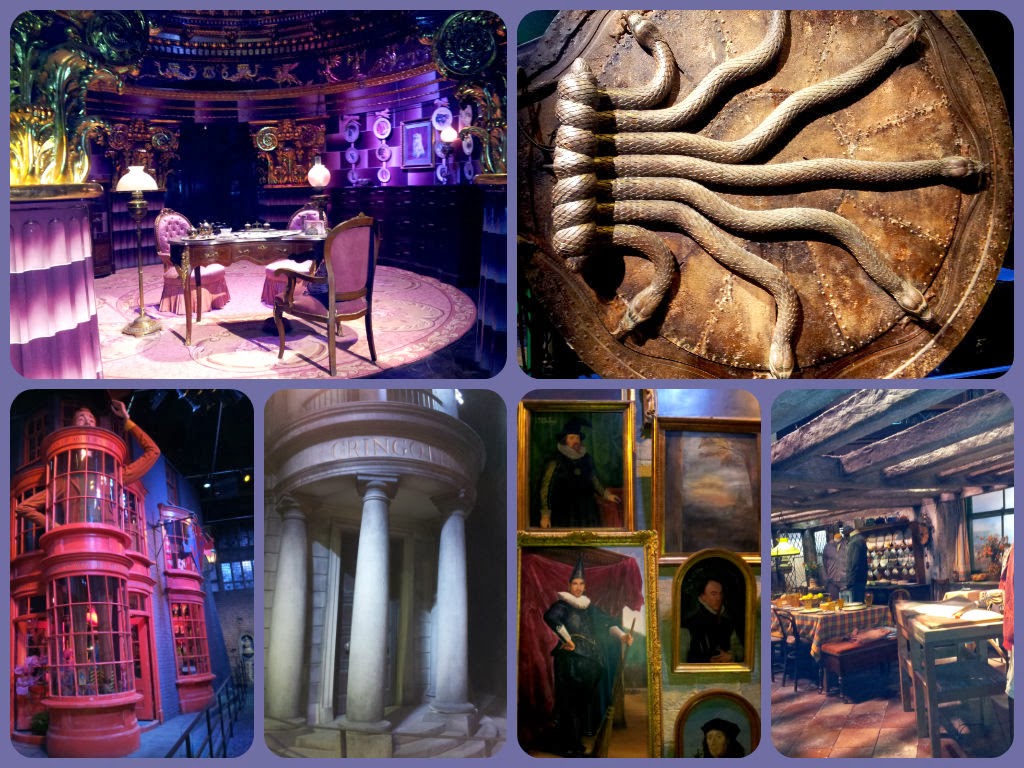 What's about a quidditch game now? 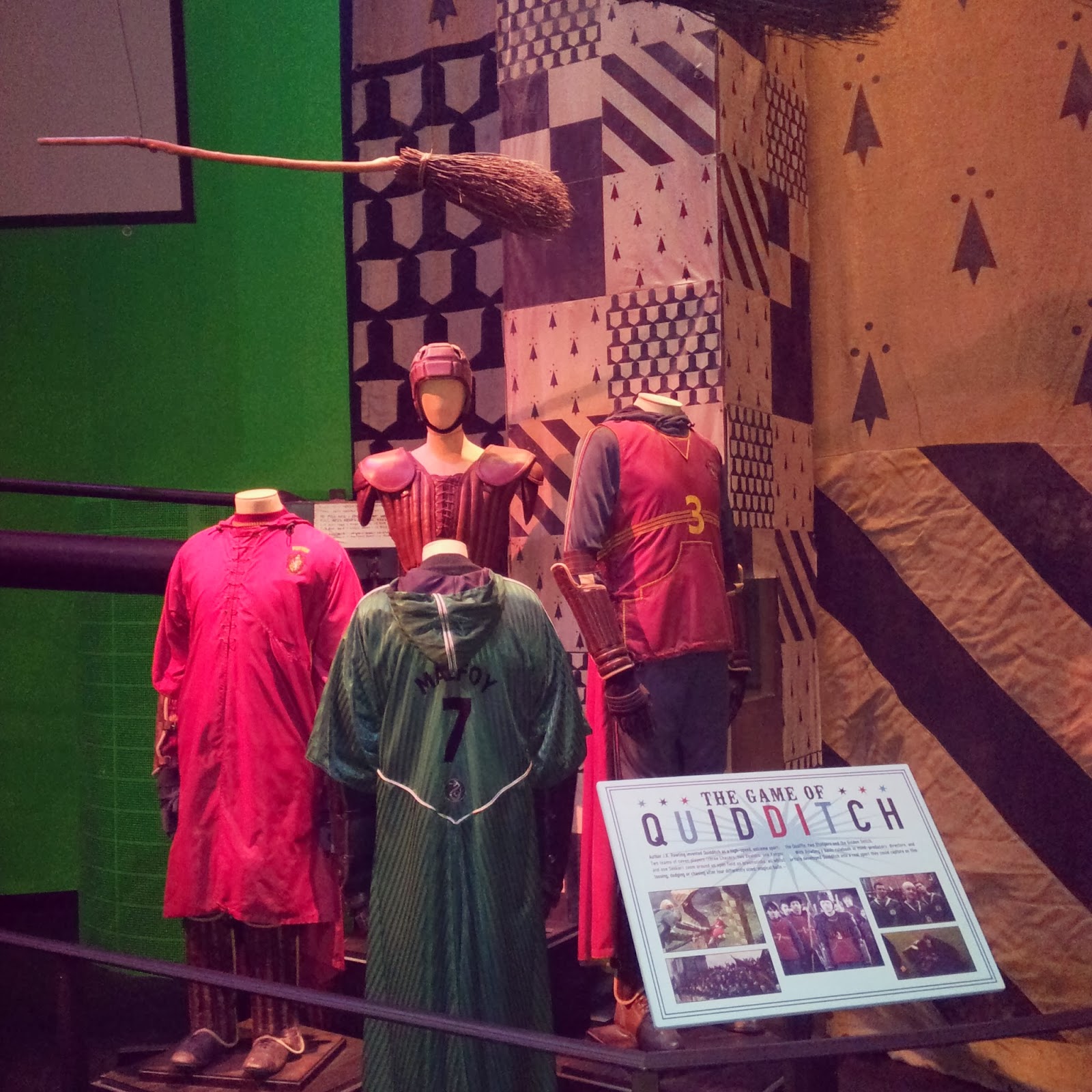 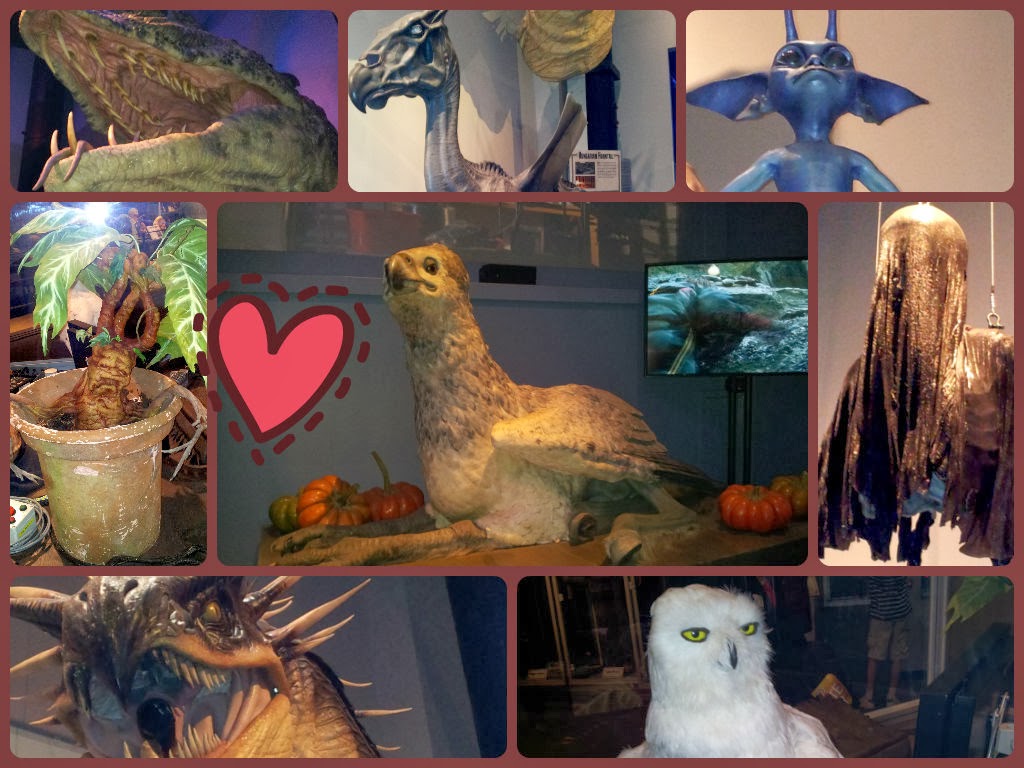 Then you can step outside, walking around Hogsmeade, playing with Wizard Chess, riding the Weasley's flying car or a Nimbus 2000 and - what's more interesting - finally tasting a sip of butterbeer!
I guess everyone has always wondered how it tastes like - well, it looks like a real beer and it's a non-alcoholic mix of ginger ale, caramel and vanilla. A bit too sweet for my taste, to be honest, and I almost left it all there... but it's been something I've always wondered :D

Getting in again, you'll visit the art department. This is also very interesting, as you can witness how much work and dedication there's behind the visual aspect of the movies. 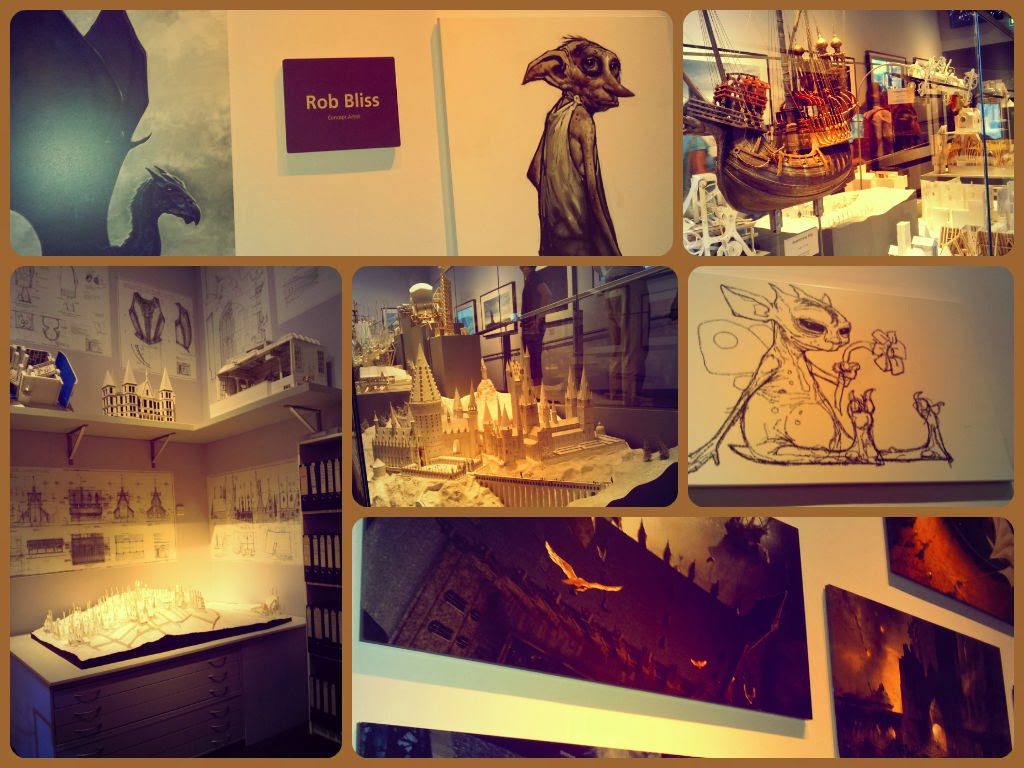 But probably the most amazing thing of this part has been the huge model room where there is a 15 mt wide model of Hogwarts castle.
This is stunning.
It's been hand-sculpted by a crew of 86 artists and it's actually been used in the movies for aerial views and scanned for CGI scenes. 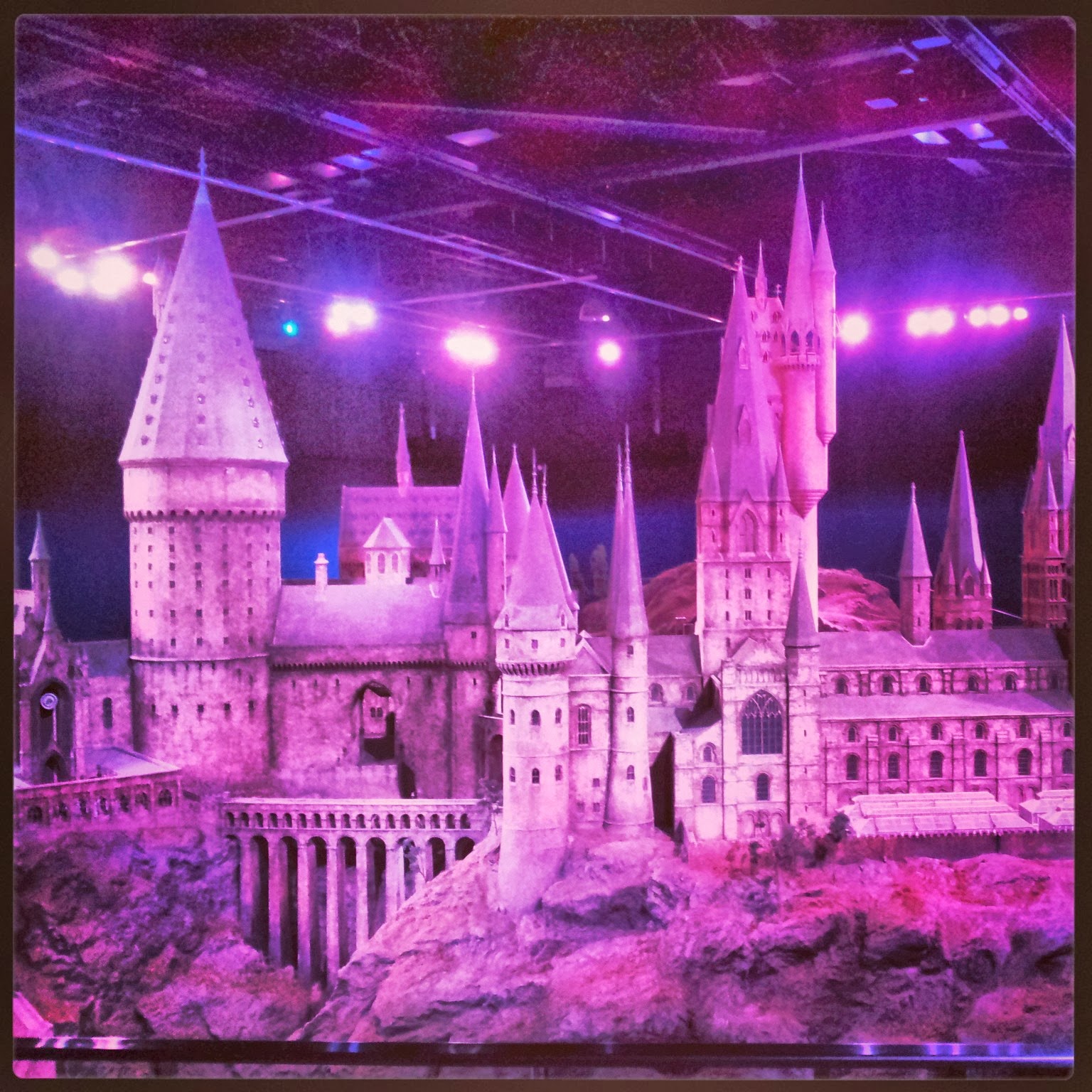 Oh, but the visit is not over!
There's the souvenir shop now. And here you can really find any kind of gadget and merchandising that a wicked human mind could ever conceive ;)
Sorting hats, wands of each charachter, balls to play quidditch, complete uniforms of all the houses ... everything you've ever dreamt is here!
And of course also chocofrogs and Every Flavour beans are here. 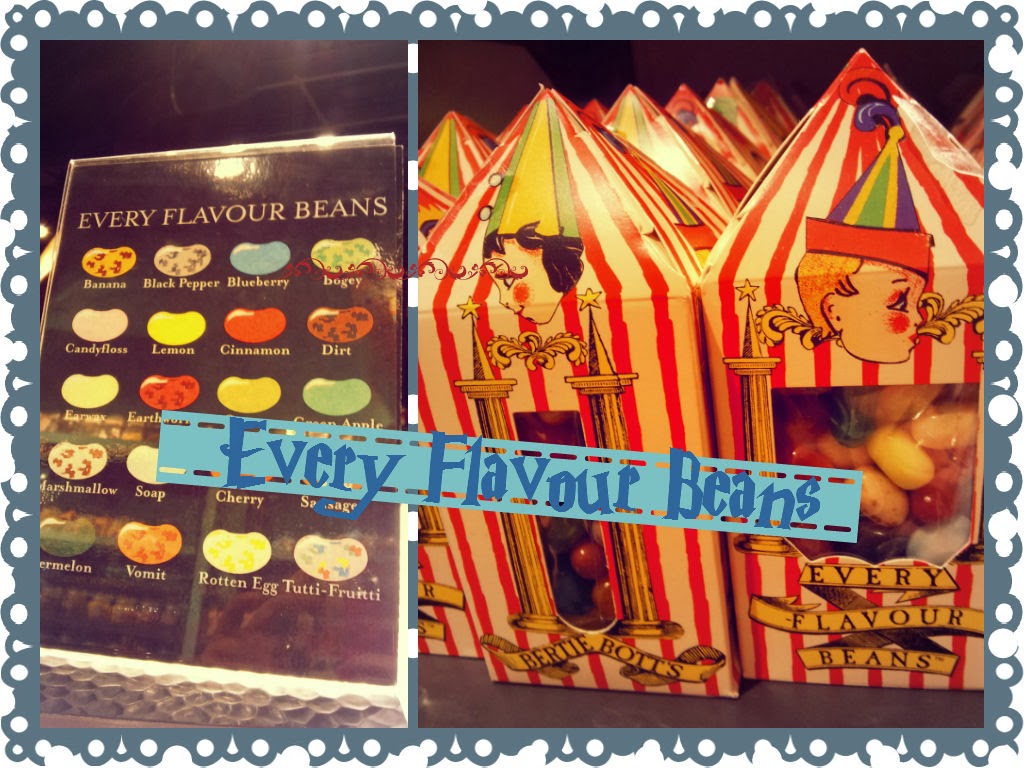 I didn't dare to taste these (well, I'm not a big fan of candies), but I've brought them to my colleagues - and they SAID that vomit, earwax, dirt, bogey and so on beans actually tasted that way!
Now, HOW they do know which taste earwax or bogey have - I just don't want to know ;)