I love Turin.
Might sound easy, since it's my hometown, but it hasn't really something to do with that: I mean, it's not much that I'm born here, but it's more like I couldn't have been born anywhere else. No, not even UK. I would want to be born in UK - but I am born in Turin, and I belong to it.
And Turin is like a cat.
It's elegant, in a natural way that might look sober for most of the time, but that can surprise you with sudden swirls and sparkles that have their own amazing harmony and grace.
It's indipendent: it doesn't really look like the typical Italian city, it has a sort of more Mid-European allure, with maybe a tiny bit of Britishness. It's out of any cliché and has its own personality - like it or not. It's Italian when it likes to be Italian, French when it likes to be French; it struggles between being cosmopolitan and staying pent-up in its withdrawal between the Alps - but you can tell it's just 100% Turin all the time.
Like a cat, it doesn't always reveal its best side to anyone: it can scratch or it can purr - depends on its mood and how much you click with it. But for those who know how to take it and that can guess the right way to caress it, the effort is totally worth it.
Don't worry, anyway: it's getting a more and more friendly and sociable cat within the latest years, and expecially since the Winter Olympic Games of 2006 when it finally decided to reveal itself to the world, wearing its best dress.
Turin wasn't much considered from tourism before 2006 - basically because tourism wasn't considered by Turin, then. But then one day it woke up and got tired to be considered an Ugly Duckling while instead it was a swan: Lonely Planet writes that "It's the most beautiful among the less known Italian cities - or, if you prefer, the less known of the most beautiful Italian cities" - and I find it a very fitting definition. But I know you need facts - and I can give you at least 10 good reasons why you should enjoy your visit here:

[1] If you like History...
Turin has a rather interesting and long history, which is being documented by quite many landmarks.
Legend says its foundation had something to do with Egyptians, but the first real evidences are of a Celtic tribe named Taurini. Then Romans arrived and founded Augusta Taurinorum in the area that nowadays is still called Quadrilatero Romano (Roman Quad), as it traces the perimeter of the ancient Roman camping. This area is one of the prettiest, with its cosy alleys and old buildings, and it's also where you can find many of the most enjoyable restaurants and pubs where to spend the night. 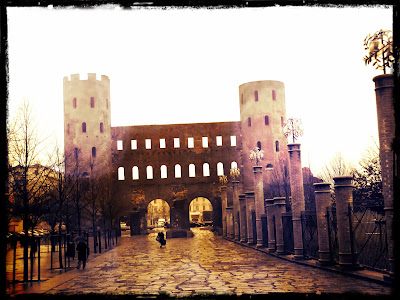 But what makes the most of Turin history is the Savoy family, that, since the earliest centuries of the previous millenium, has made it the capital of their kingdom, that, in 1861, had also grown to become kingdom of Italy. 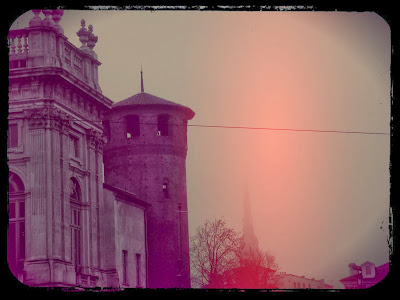 Yeah, Turin has also been the first capital of Italy. But it lasted just for a few years - you could tell that cats are not much into responsabilities, but I guess there were other reasons.
Still, you can find castles and royal palaces just everywhere - that's how nobless leaves trace.

[2] If you like Culture...
Turin has some well equipped museums.
The Egyptian Museum is the second most important in the world just behin Cairo one and it hosts quite many important finds, such as the Regius Papyrus.
Cinema Museum contends with it the sceptre of the most popular museum of the city. Surely it is the most scenographic: it's set inside the Mole Antonelliana building, which the city's most famous landmark and also one of the tallest places - so if you don't suffer from dizziness, you can take the elevator and reach the top, to have a breathtaking view from above.
The inside is very scenographic as well, and it involves interactive and multimedial experiences.
Did you know that cinema in Italy was born here? 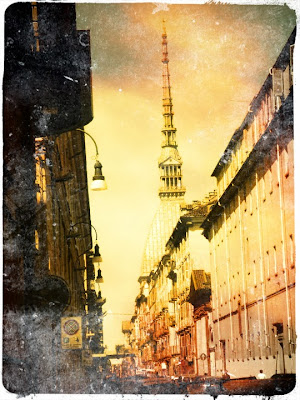 But also car industry was, therefore "Carlo Biscaretti di Ruffia" Automobile Museum is another important presence in the cultural heritage of the city.
Besides museum, cultural life is usually quite lively and there are often festivals and events taking place.
You can check the calendar here.
The most important yearly events include the International Book Fair and the Torino Film Festival.

[3] If you like Chocolate...
Chocolate not only is often THE answer, but it also doesn't make silly questions: chocolate understands.

And chocolate in Turin is an excellence; expecially for what concerns giandujotti, typical pralines in pyramid shape, made with a delicious mixture of chocolate and hazelnuts.
There are many historical cafés downtown that produces handmade, mouthwatering chocolate in all its declinations. I can recommend Roma Già Talmone (piazza Carlo Felice, in front of Porta Nuova railway station) for its homemade giandujotti, Baratti & Milano (piazza Castello) for its hot chocolate - that you will sip on an elegant marble table where also Camillo Cavour used to sit.
And don't miss out to taste a bicerìn - a hot drink made of coffee, chocolate and milk foam. The best place where to taste it would be the homonymous café ("Al Bicerìn"), in the small and cosy square Piazza della Consolata.

[4] If you like Sports & Outdoor activity...
Turin recently hosted a Winter Olympic Games edition: it's not very far from (and well connected) to some quite popular Alpin ski resorts, such as Bardonecchia, Sestriere or Oulx.
More of a couch potato sport lover?
Turin hosts of the most famous, award-winning and loved soccer teams, FC Juventus.

FC Juventus has recently founded its own museum - which, of any kind of soccer faith you might be, it's a rich and interesting visit for any sport fan.

[5] If you like nightlife...
Besides the forementioned Quadrilatero Romano, the heart of the nightlife in Turin is the Murazzi area - bankside of the river Po.
Quadrilatero is somehow more trendy, even if you can't really define Torino a posh city; while at Murazzi you can also find clubs with free entrance. And in summertime it's nice to stay outside in the dehors on the river.
For what concerns the beginning of the evening, according to many Turin has invented the aperitivo (aperitif) ritual - but since there are also some other Italian cities that claim the same, I cannot state it for sure. But what I can tell is that it's quite different from the most of other Italian places: it's not just chips, olives and a drink - here you can enjoy the hugest buffets, from where you can pick a most complete meal (aperi-dinner, that's it). 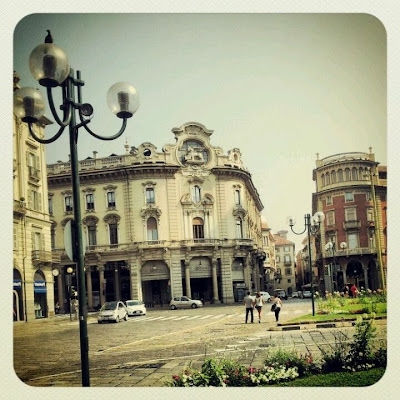