10 ways London has managed to surprise me

Cities are like people.
When they have well defined personalities and lots of interests going on, they will always hang you up in interesting conversations, no matter how often you meet them.
Then, with cities this gets on an even bigger scale, since anyway their lives are much longer than those of humans, and they are way much more multitasking - with a lot of activities and events going on in every single corner of them, with millions of single minds thinking ideas, millions of hands making them real and millions of single lives summing up and giving breath to the soul of the city.
And London definitely belongs to this category.
We meet almost every year, since our first rendez-vous in 1998, and, although there are some good oldies of it that, just like favourite subjects in a conversation, I never manage to miss, every single time I've been there I've managed to discover something new - a different side of its personality, a place, an experience.
Something that makes me definitely agree with Samuel Johnson when he was claiming "A man who is tired of London is tired of life".


[1] Mandir Hindi Temple
This incredibly stunning temple is not much known and it's a bit hidden in the outskirts of Wembley, where, aside from the stadium, there isn't much else to see - but, believe me, it is totally worth to pay a visit.
It's the biggest Hindi temple in the Western world, and, when you are there, you totally feel dragged in a much more exotic place.
It's a masterpiece of carved marble with golden decorations and beautiful statues of the Hinduist pantheon - and it's one of the most sumptuos devotion buildings I've ever visited. 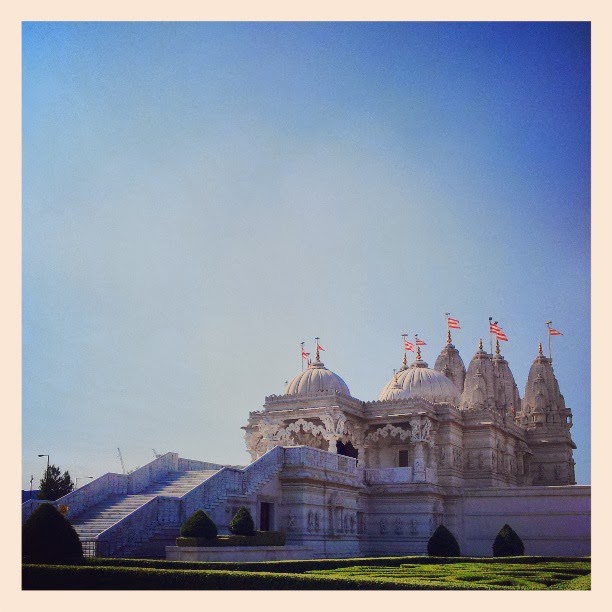 Inside of it there is also an interesting exhibition which explains myths and principles of Hinduism.
Near the temple there is also a buffet restaurant and a grocery store where you can find traditional Indian food.

[2] The Temple
The Temple is a sort of secluded quarter - or, better, a tiny labyrinth of alleys, small gardens and Georgian houses, which can be accessed through a small wooden doorway in Fleet Street.
I've discovered it kinda by chance, because when the door is closed it just seems a private entrance to some building, so I wouldn't have dared to open it... but a lady came and sneaked in, and I felt like Alice in Wonderland when she follows the Rabbit in the hole...
And the Temple kinda is my wonderland.
Maybe is because it's a bit "secret", maybe it's because the atmosphere there is so quiet and silent, which makes a relevant contast with the fact of being in the heart of the City with all its frantic business going on; but it's my favourite place where to nestle whenever I need some moments of relax and introspection. 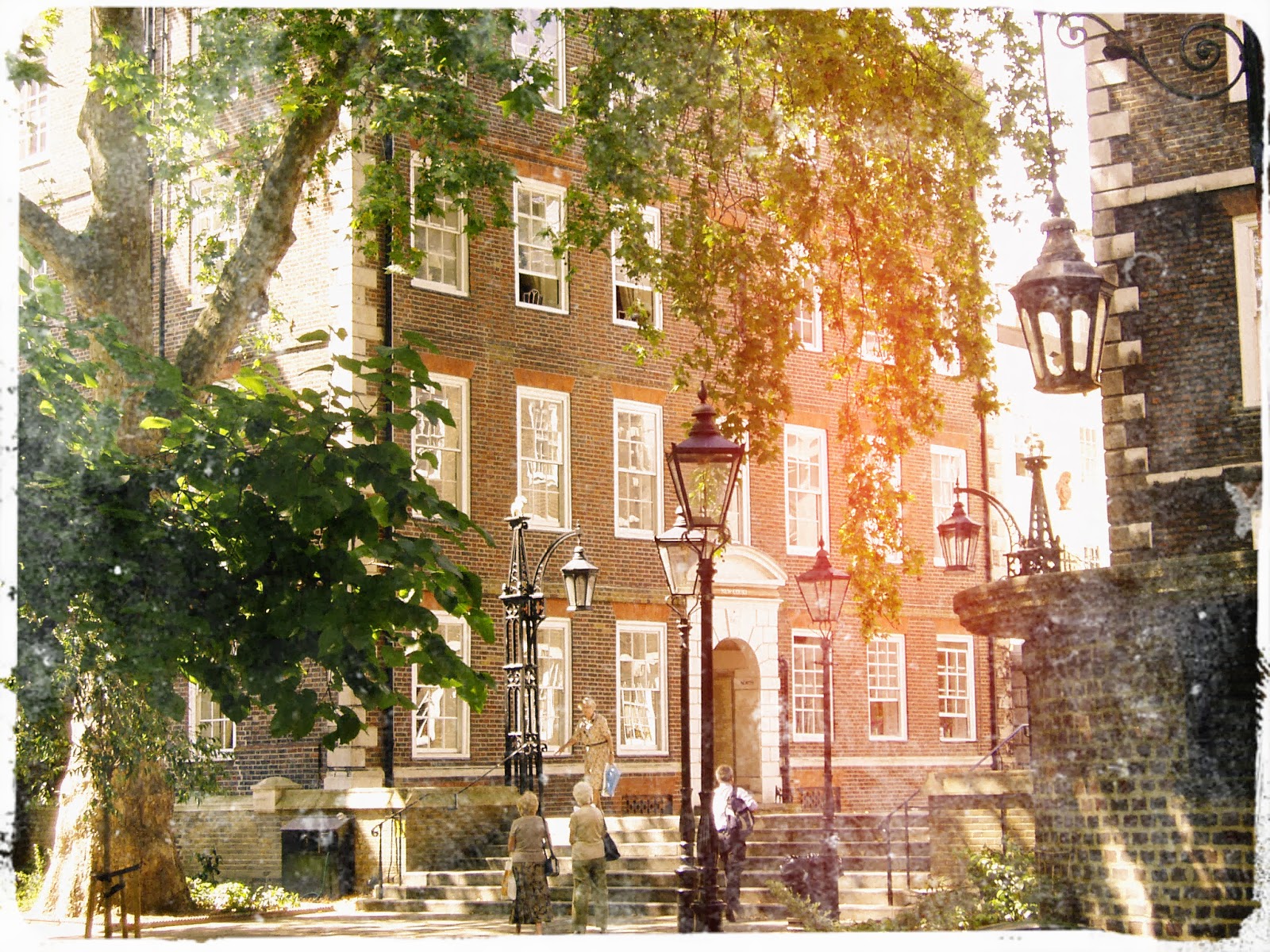 This fairy-tale allure is also enhanced by the fact that there is a sort of mistery halo on it.
Nowadays it belongs to the Jurist community and it's the seat of the lawyers' caste, but it was built by the Templar Knights and until the 14th century it was property of the Order.
Its Norman church is one of the settings of the Da Vinci Code: outside it says that it's open everyday, but every time I've tried I've always found it closed for some reason.
Which obviously just increases the mistery even more... ;)

[3] Harry Potter Experience
Harry Potter museum is a must for every fan of the saga, as you can find every single prop, creature, costume and scenography used for the movies and it totally unleashes your (maybe not so hidden) inner geek.
Moreover you can drink butterbeer, whose taste I bet it's something everyone has always been wondering about ;)
The museum is actually a couple of hours away from London, in the Warner Bros studios, but there is a ticket formula which includes transport by bus and leaves from Victoria Station. 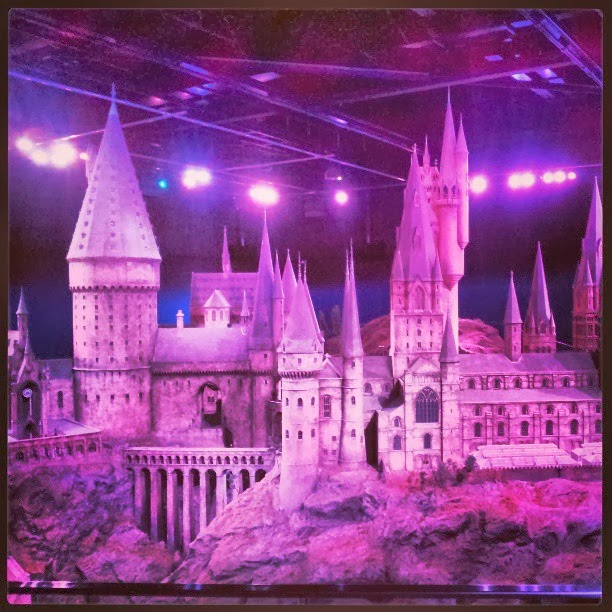 Read more about it here!

[4] British Music Experience
This museum about Brit rock is set inside the O2 Arena, which is appropriate enough since this is the place where all the biggest concerts take place.
Sad anecdote: I've visited it in June 2009, the day after Michael Jackson passed away, but I hadn't heard about the news yet. He was about to have a concert there in a couple of days or something, and it's been very impressive to see the procession of fans bringing along flowers, notes and other homages. So this is how I've got to know it.
The museum hosts some memorabilia about the main British (well, and Irish!) names who have made the history of rock. It accompanies your visit with an obviously great soundtrack and provides some interactive experiences.
In my opinion it could have some more stuff to show... but anyway it's still interesting to see.
By the way, when I've visited it it had just opened. Maybe in the meantime it might have acquired some more objects.
Let me know your opinion if you'll visit it!

[5] Greenwich
Greenwich is in the suburbs of London, but it's so pretty and peculiar that it almost seems an indipendent little city of its own. 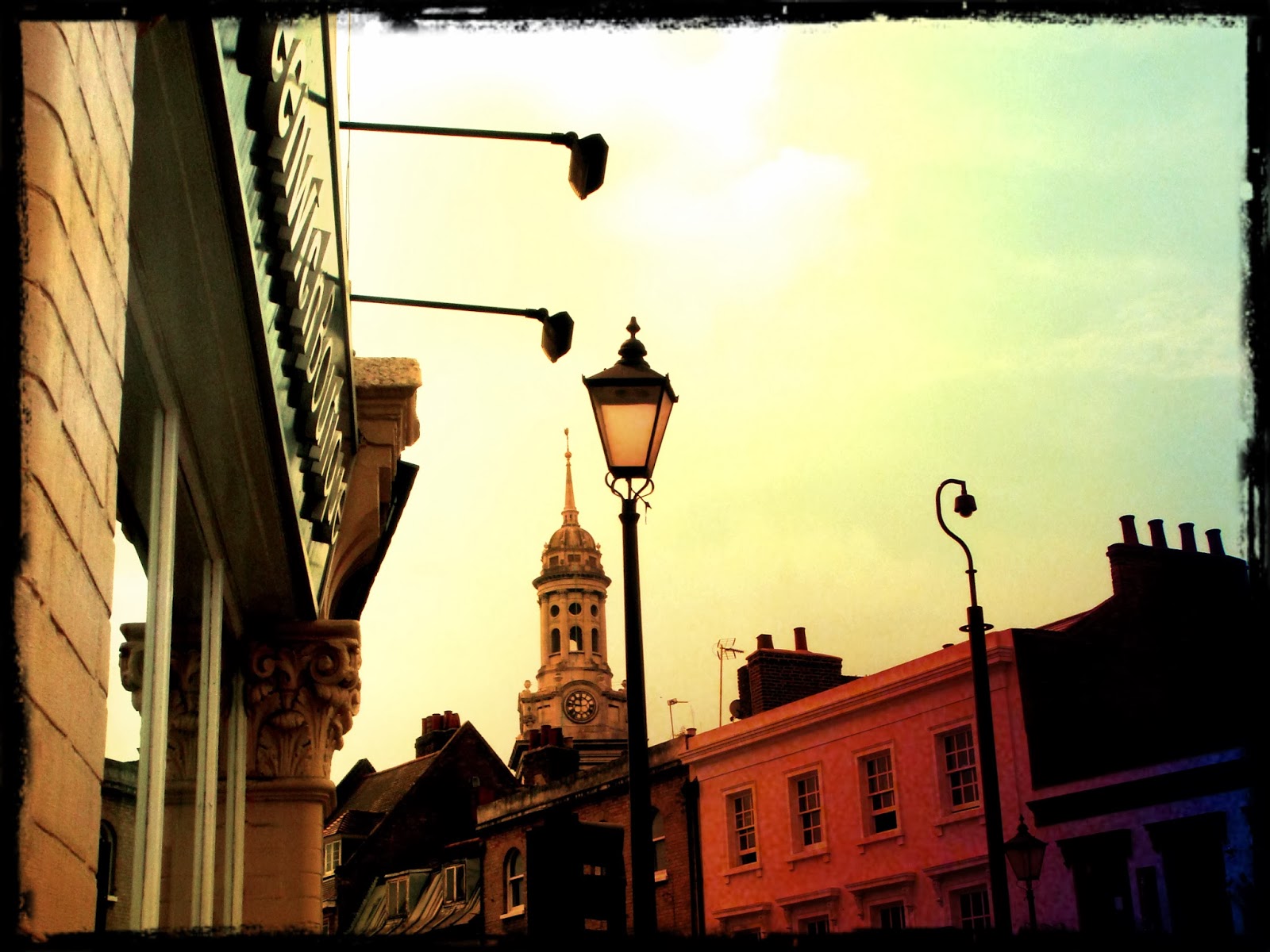 It's based along the river and, besides the Royal Observatory (which is located exactly on the meridian that has made this borough worldwide famous), its main landmarks are the majestic Royal Naval College and the Cutty Sark which the most famous sailing ship for tea carriage back in the 19th century and nowadays is a museum. 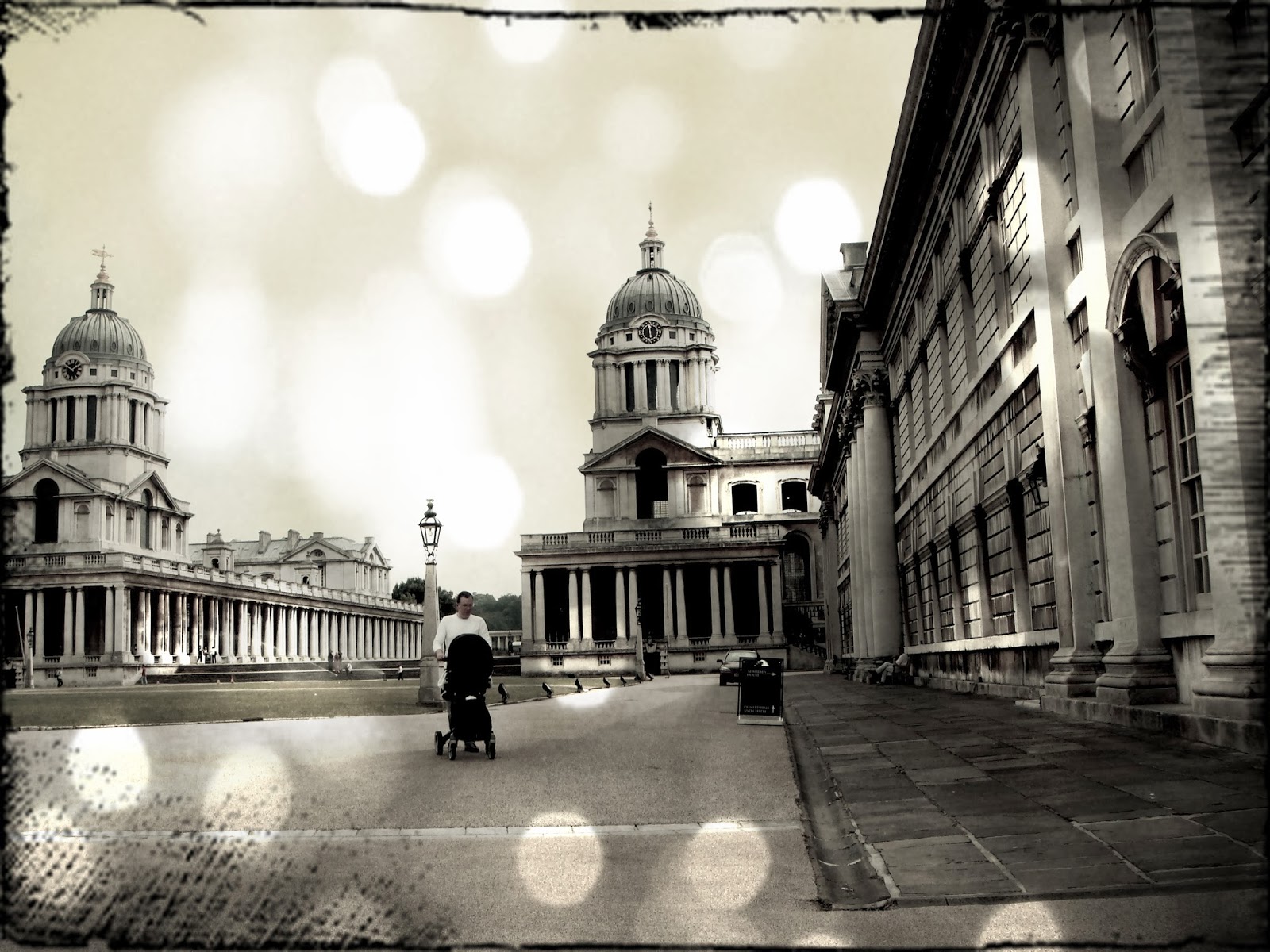 I've also enjoyed walking along the pier, as there was a small but cute craft market, and in the big park around the Observatory. 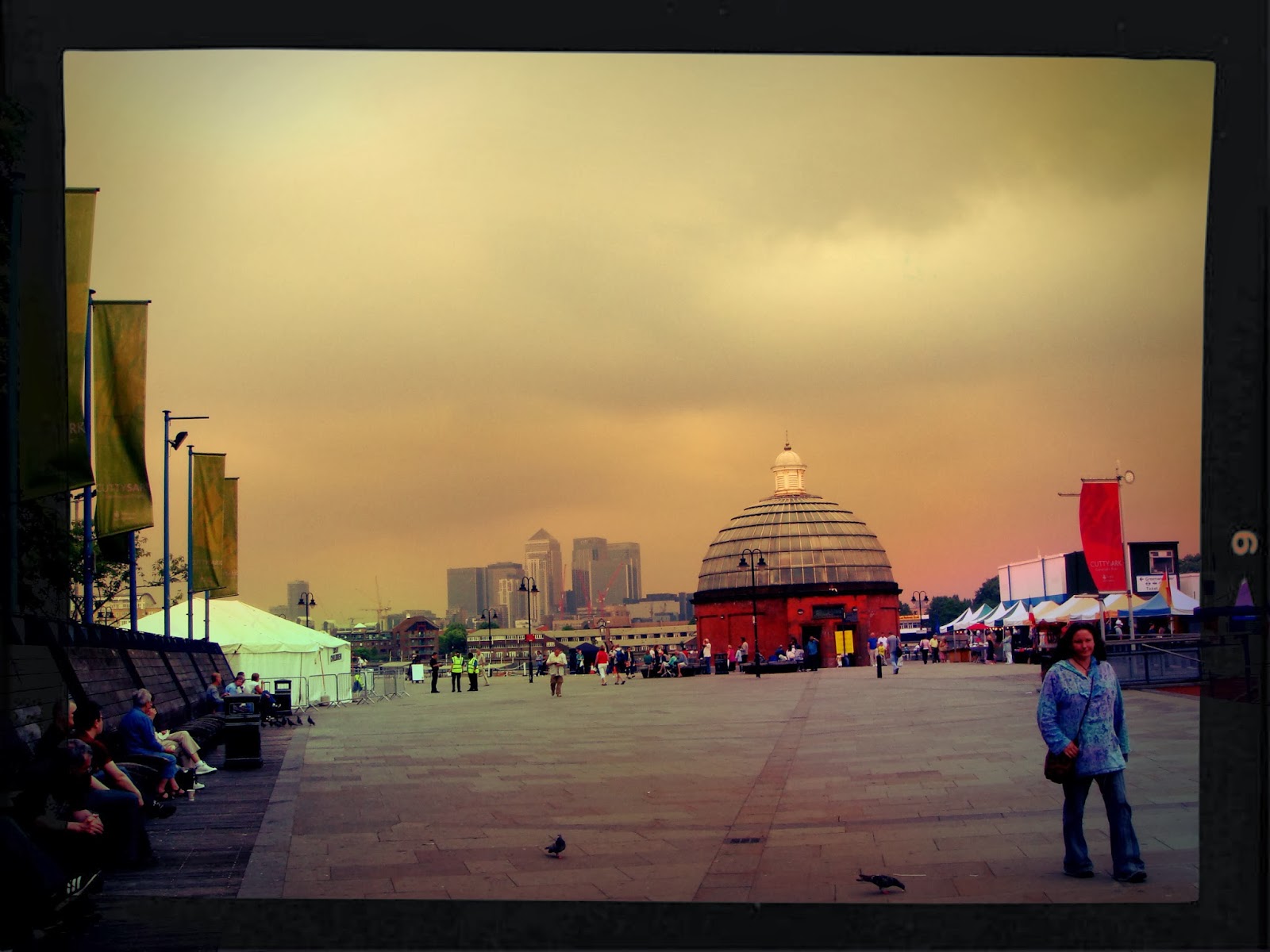 [6] Globe Theater
Yeah, this is THE Globe Theater, the one built by Shakespeare's playing company back in the 16th century.
It was destroyed by fire but has been faithfully rebuilt in the middle of the '90s in wood and straw.
It's on the Thames, near Blackfriars Bridge and it works again as a theater, with seasons of plays which are not taken only from Shakespeare's work. 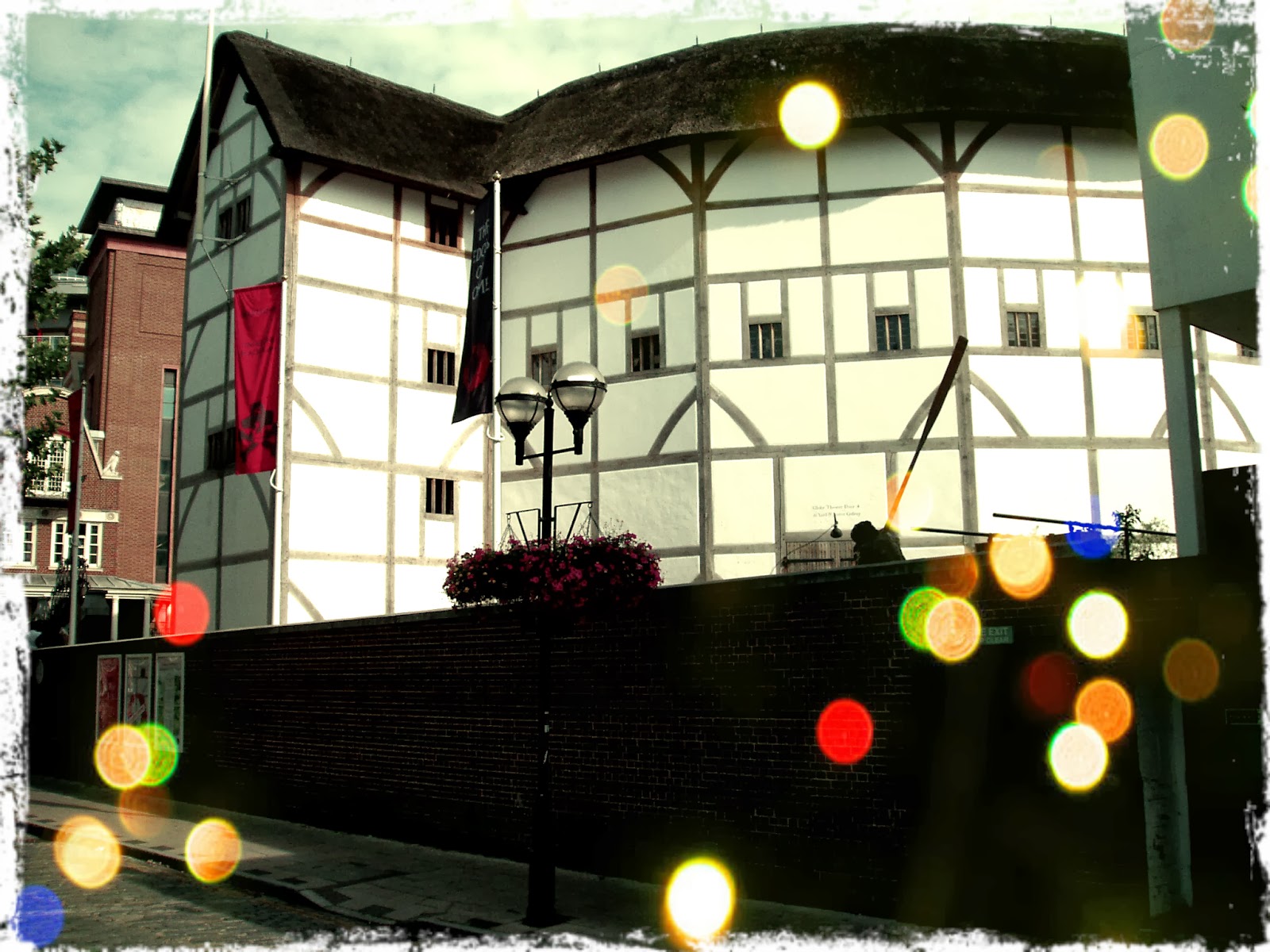 There is an exhibition about life of the Bard and London during his age and also a guided tour in the theater which explains about how it worked back in those times and how the life of an actor was.

[7] Victoria & Albert Museum
V&A is probably one of the less popular among the most famous museums in London, or at least this was my personal perception, which is why I had kept my visit for last after I had already seen all the others.
But instead it's been one of those I've enjoyed the most, not only for the rich variety of exposed pieces of art but for the way it is organized. Every object is organized according two main thematic groupings: "Art & Design", which connects works through a cronological and geographical itinerary; and "Materials & Techniques", which instead tells about how the work has been created.
The part I've found most interesting is the area dedicated to the Cast Courts, which hosts a big amount of integral molds of the most important European sculptures, and Italian in particular. Kinda peculiar to see them all together!
V&A is located in the London's museums area, in South Kensington, and can be visited for free.

[8] St-Martin-in-the-Fields
It's a church situated in a corner of Trafalgar Square. 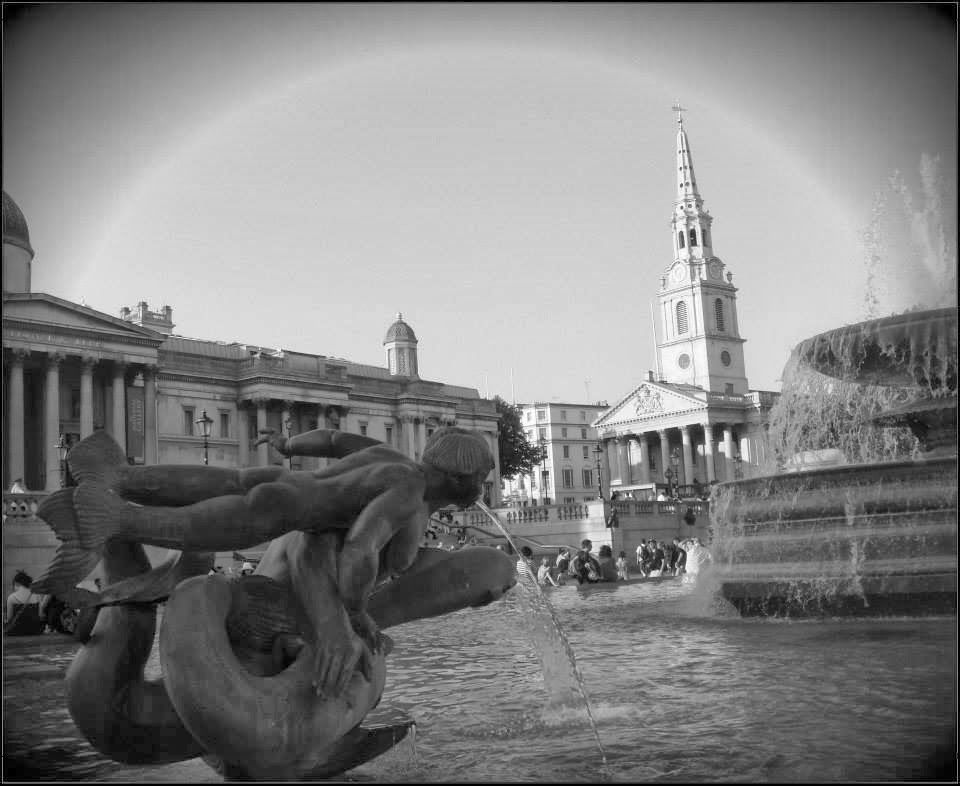 It has a beautiful corynthian main entrance and some quite important tombs; but what's most peculiar about it is that... well, it has a cafeteria in its crypt.
Light are suffused, atmosphere is quiet and their cakes are mouthwatering. Then it's quite an experience - and to me it's lovely.

[9] Southwark Cathedral
I find this minor cathedral almost hidden by London Bridge a little jewel of Gothic architecture.
It actually looks like the typical English medioeval church - and maybe this is actually what is appealing about it, because you wouldn't expect to find such sort of building, that is mostly diffused in small countryside villages in the South, downtown in London. Not with such a peaceful little garden and small alleys all around, which makes you feel like you were somewhere else.
If you walk around its neighbourhood you can find in Clink Street an armour factory.
Wow, call it stepping back in time!!

[10] Sarastro restaurant
Ginger Cat brought me here for my birthday in 2008. 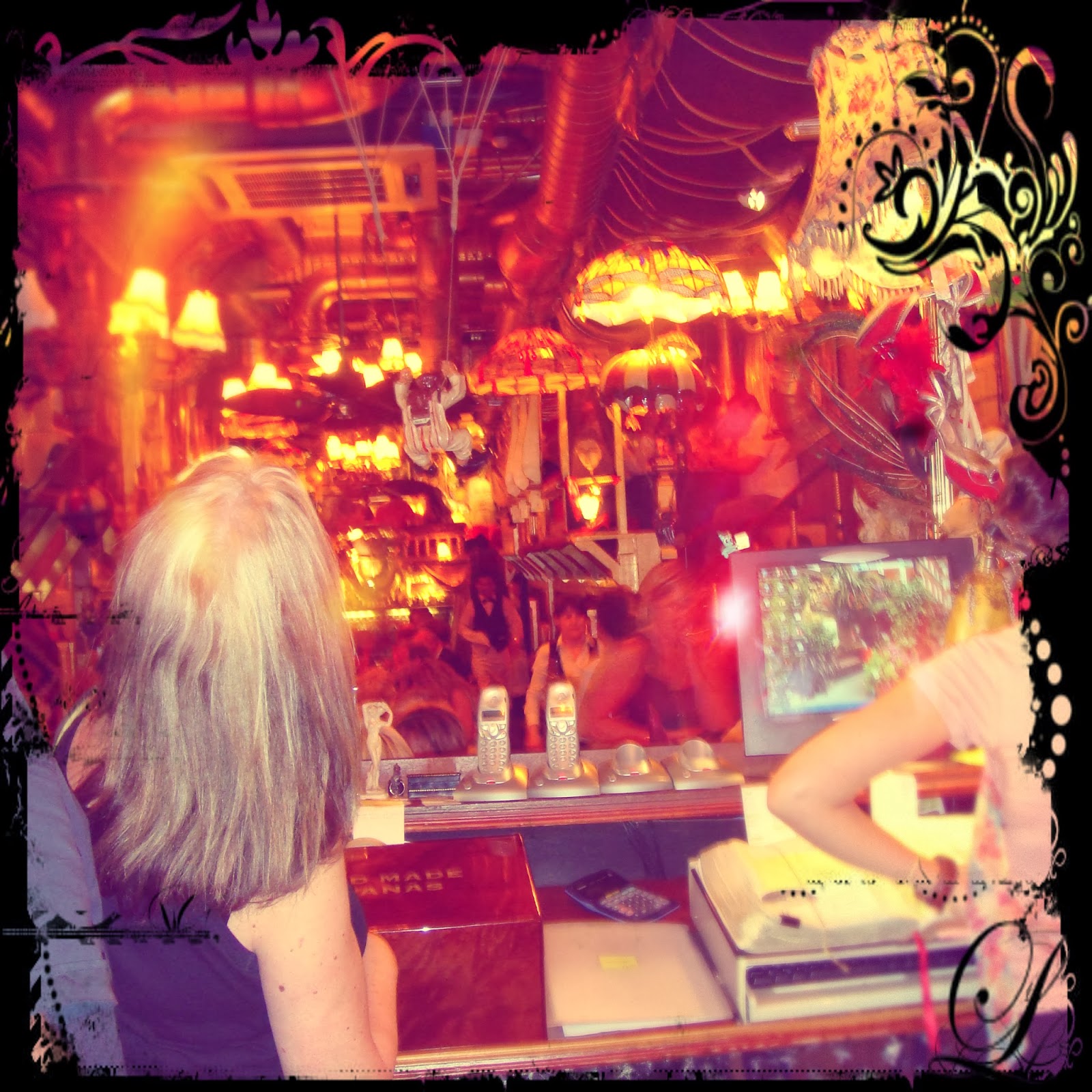 It's in the West End, in the theaters area and it's histrionic indeed! It truly is a "Show after the show" like it claims in its tagline: it's so flamboyant, loud, sparkly and just unique.
The eye just can't help to get high with all the carnival of colours there is around. Gold, velvet, statues, masks, flying witches, laces, tapestries, plasters ... everything you could ever conceive is there. And the vibe is so thrilling.
The cuisine is mainly of Turkish origins with some Mediterranean digressions. Tasty!

Do you have other suggestions for unusual places to visit in London?
Pubblicato da Serena Chiarle a 22:11