Arran - a.k.a. Scotland in miniature

When Ginger Cat & me were planning our trip to Scotland in summer 2011, my main wish was to include in the itinerary at least one island, because I stil haven't visited any, not even the Island of Skye.
I was actually thinking of the Hebrides, but when Ginger came up with the unusual idea of going to this almost unknown Isle of Arran I've immediately got enthralled by the idea.
Mostly because, in fact, it is unknown - I have to admit it: I've always had a soft spot for the underdogs, more or less in any fields, and I'm all for discovering small hidden treasures far away from the main path. Moreover, we were doing our trip in August, and in August choosing less touristic places can actually make a difference with being able to enjoy your destination to the fullest, instead of just fighting in the crowd to do and see things.
And indeed, it's really been a little jem this one we've discovered.
I'd say the 3 days spent on Arran have probably been the past part of the trip - altough it's been a very interesting trip with so many other memorable destinations.
This place includes all the sort of natural environment which I find most beautiful and which fulfills my heart with peace and serenity: wild rough beaches, enchanting woods, moorlands, cliffs - my soul just fits this kind of landscape, it makes it vibrate, both with emotions and peace, like a sort of homecoming.
I'm glad we chose this place.
When telling about it, most of people was mistaking it for the more popular Aran Islands in Ireland - but no, this ARRAN, with double "R" and it's in Scotland, more precisely in the Firth of Clyde. Not too far away from my original plan concerning Hebrides, actually, and it's even quite similar, both physycally and culturally, to them - but they are separated from a peninsula, so it doesn't count as one of them.
It also has a different ethimology from its Irish almost homonymous: Aran means "kidney", as that's the shape they have; while Arran is probably a Brythonic derivation which means "high place" (the Goat Fell hill overcomes the 800 mt - which is a pretty considerable high for the Scottish standards).
As for its shape, the isle is actually nicknamed Sleeping Warrior - as its coast seen from the mainland actually looks like a sleeping human figure, and I find this so charming. I wonder if there are any legends concerning this sleeping warrior transformed into an island - and if there are not any, maybe I should try to invent one :D

Anyway, there are two ferry lines operated by the Caledonian MacBrayne: one from Ardrossan to Brodick, and the other (just during summer) from Claonaig to Lochranza.
We did the first one. It takes 55' and the ferry is huge. Almost looke like a cruise ship to me. Well, almost.
But it had a restaurant, cafe, a shop... and we almost didn't get aware we were sailing.

We were also staying in Brodick, in the Dunvegan Guest House: a nice place on the shore just a few minutes walk from the harbour. I remember breakfast was abundant and mouthwatering, and it was served in a beautiful veranda with view on the sea. 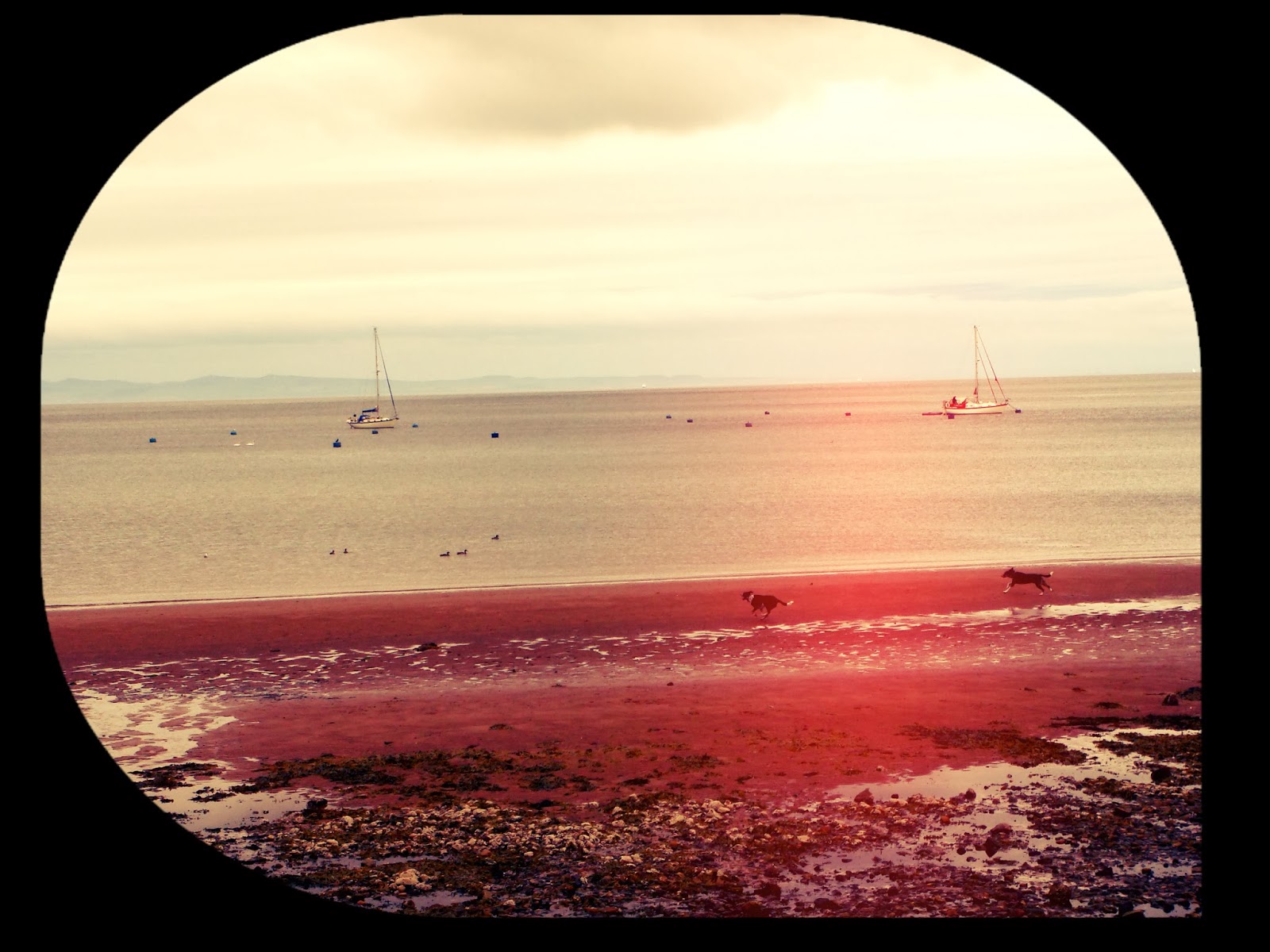 But the very first thing I did when arriving in Brodick has been... tasting haggis!!
The one in 2011 has been my second trip in Scotland, but I had never dared to taste haggis before.
I know it's not for everyone - the sheer idea of tasting sheep bowels might not sound enchanting to many (at least not to me, at first); but I consider myself a curious person, expecially for what concerns food, and I always try to taste local specialties... at least taste!
So I was fighting within myself with the "To Haggis or not to Haggis" dilemma...
When we were staying in Edinburgh, Ginger Cat once got it for breakfast - and the appearance didn't look too bad to me. So I decided to dare! - and it happened here in Brodick.
And it was... well, good. Peculiar, but good. It seems a bit like a bolognese, but the taste is more intense and wild - a bit like game.
It was served with a jacked potato and some coleslaw as a side, and all in all I've enjoyed my meal. 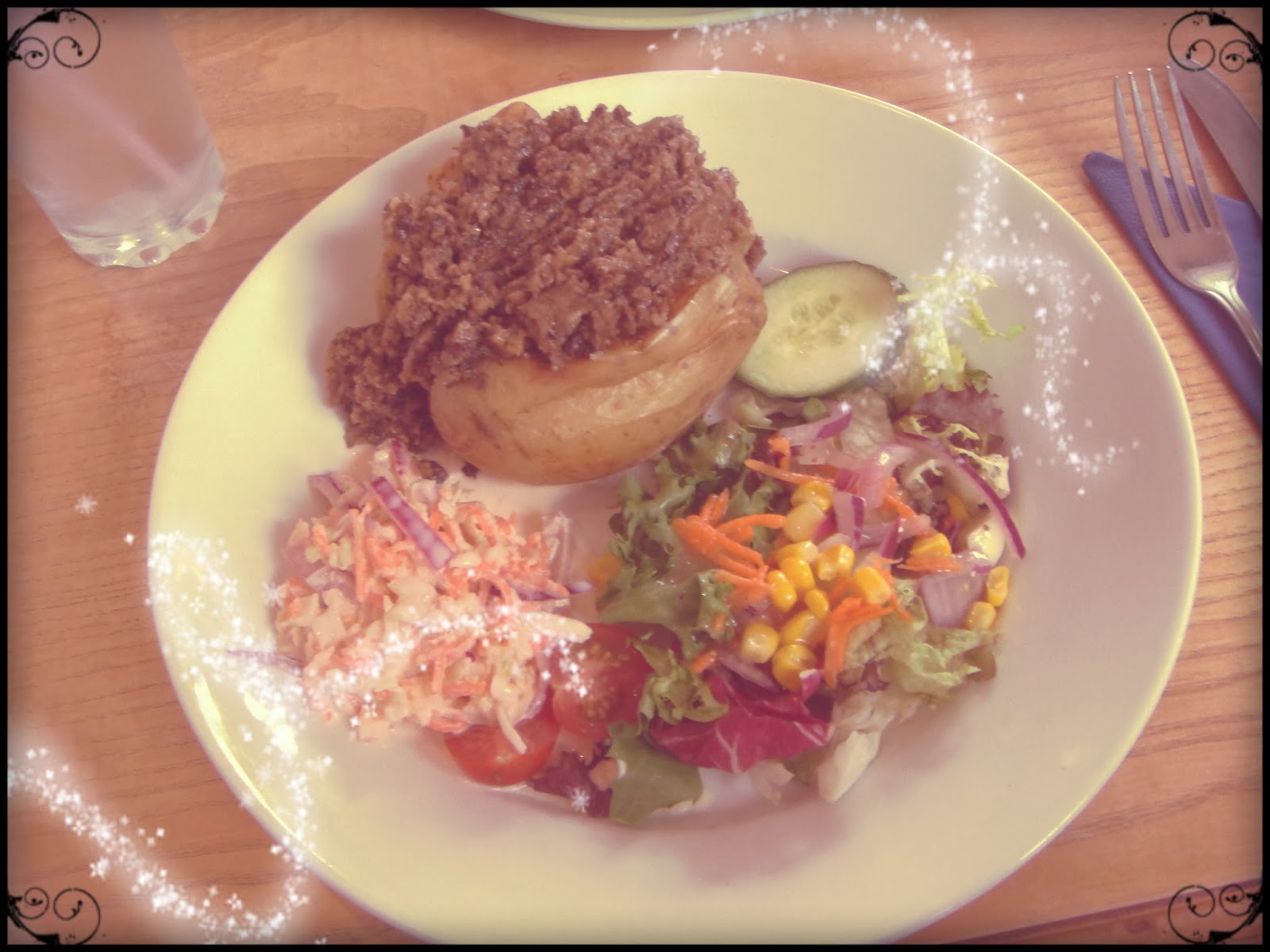 So now, come on! This island is so beautiful and it needs to be explored.
Nature is wild and beautiful, so don't miss the chance to do some hikes. At the Tourist Information office you can find all the informations you need about the paths, how to reach them and how challenging they are.

I can recommend the one over the Goat Fell, because when you reach the top you will be rewarded by an enchanting view.
But if, like Ginger & me, you happen to stay there on a rainy day (it's not bad luck, it's simply that you are in Scotland), don't worry: there is a public transport service which allows you to do the complete tour of the island - including a couple of strategic stops at the local distillery and at a cheese factory. 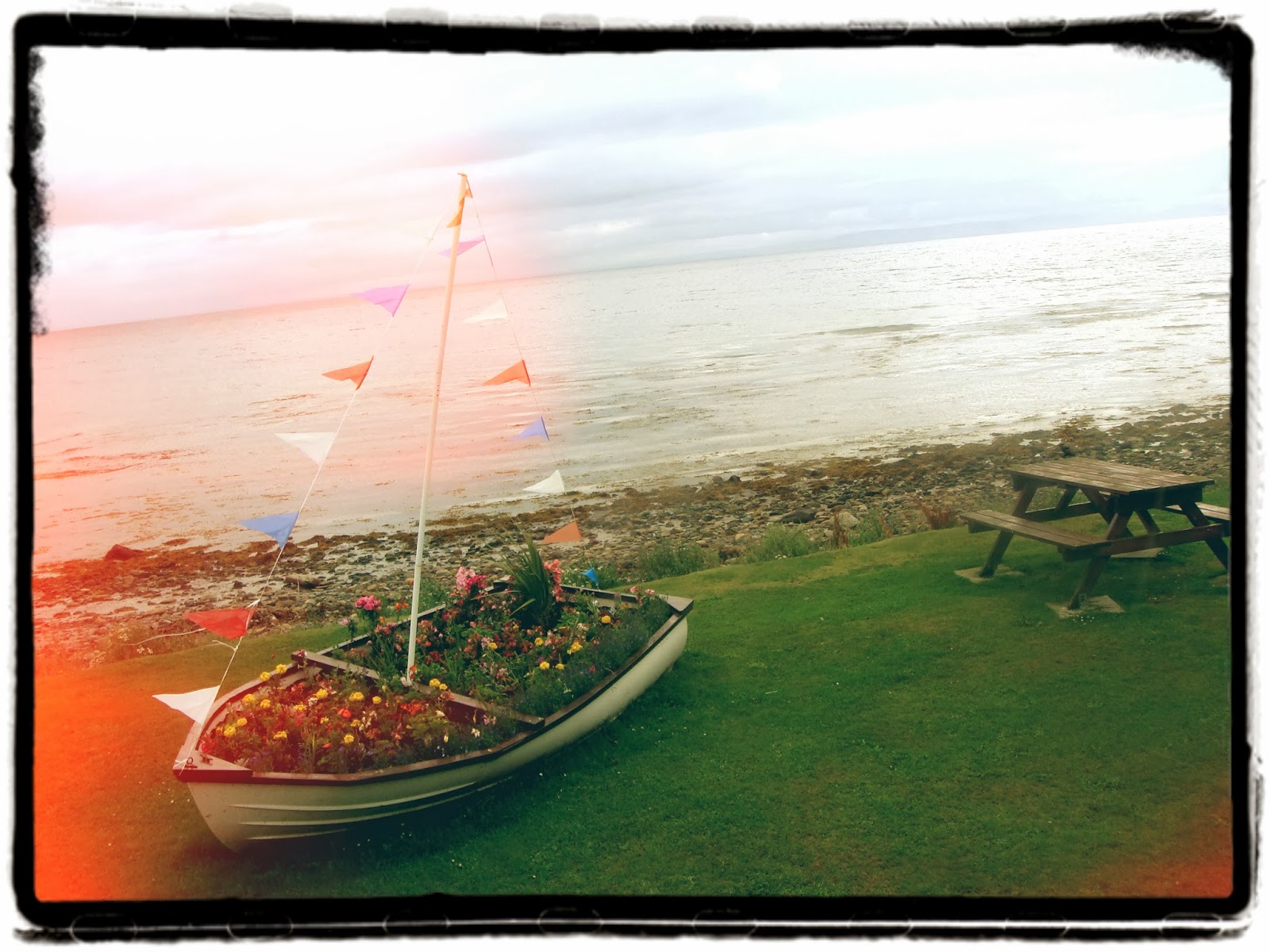 This is one of the things I love about UK: you really feel cuddled by the National Trust, as a visitor.
This service is actually a good way to take a quicker and complete view of the island, in order to be able to choose your favourite spots and go exploring them deeper later by yourself. 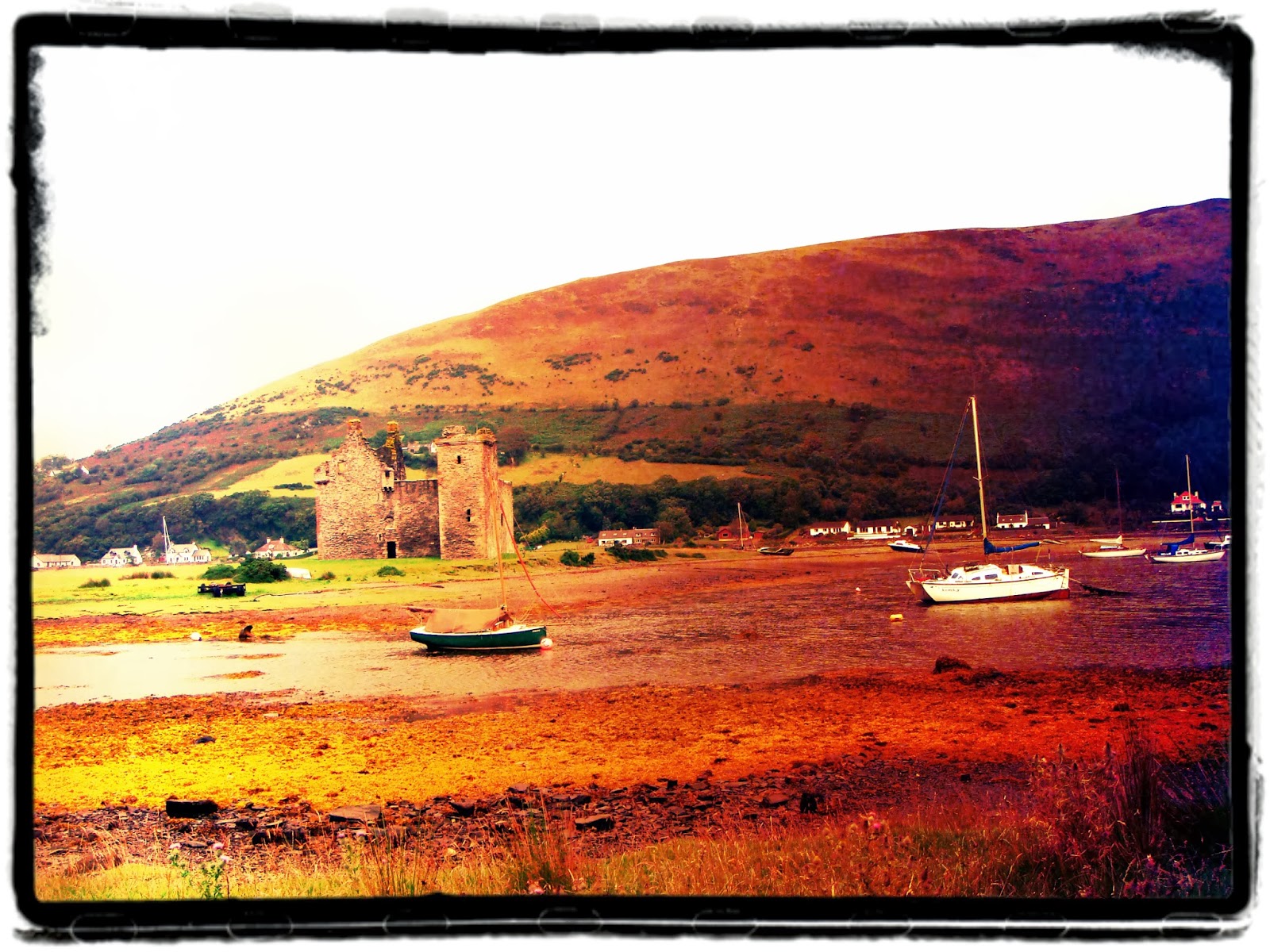 The driver is also a guide and provides you interesting hints and informations about Arran.

Exploring the island you can gather why it is called "Scotland in miniature".
The nickname derives from its geological configuration, as it does have Highlands and Lowlands like the mainland, and it's quite impressive to notice how much the landscape changes from the south to the north of island: one is steep, rocky and peaky; while the other is flat, with moors and greenery.

Unfortunately I haven't met any other cats... but of course many sheeps! 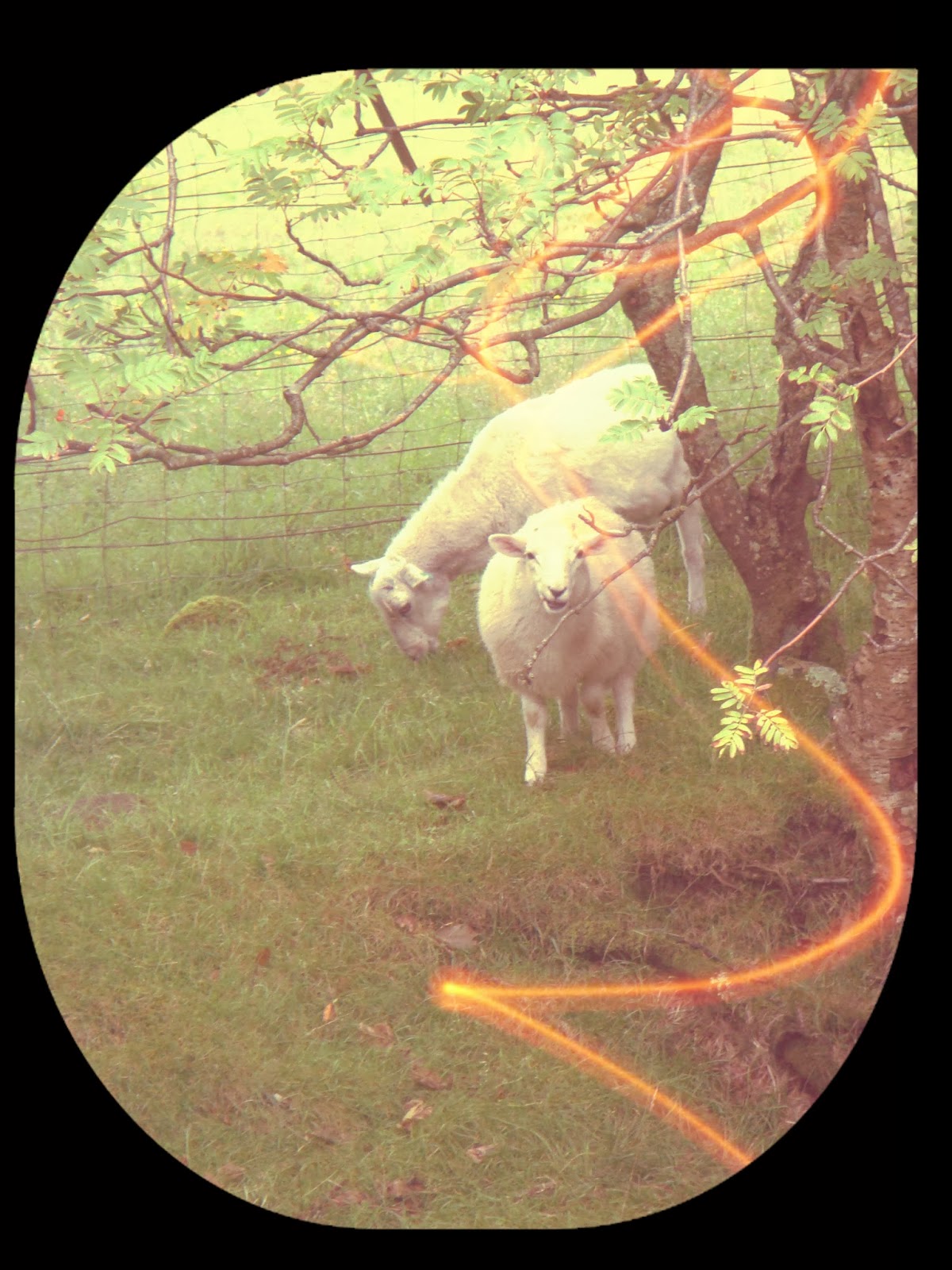 And one of the most amazing surprises has been to find one day a whole colony of seals resting on an hidden beach.

Brodick has also a small and beautiful castle, seat of the Dukes of Hamilton. 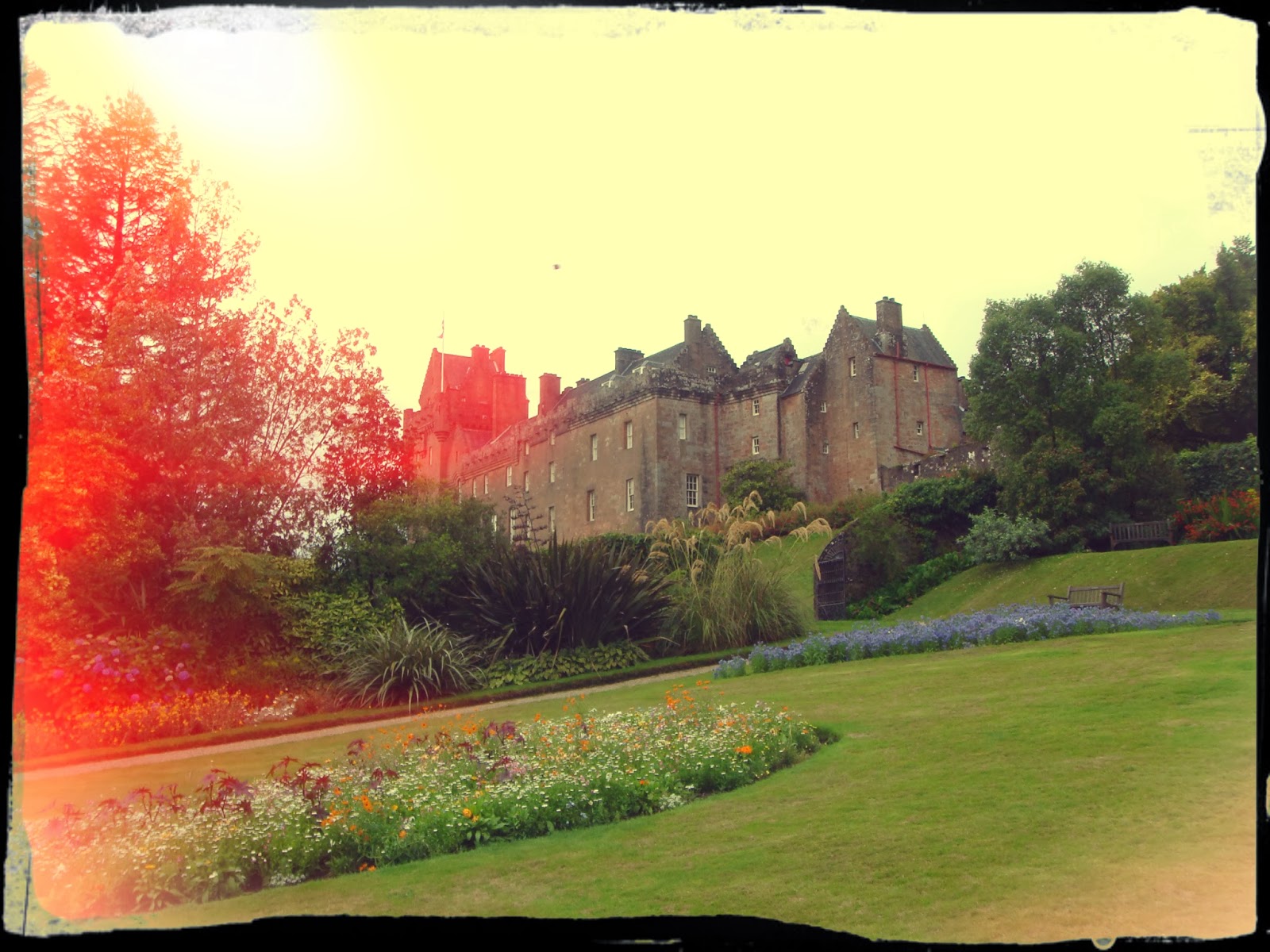 The visit has been interesting both inside and outside: the collection of period furniture, porcelain and stuff is rich; and the botanical park surrounding it is really pretty. 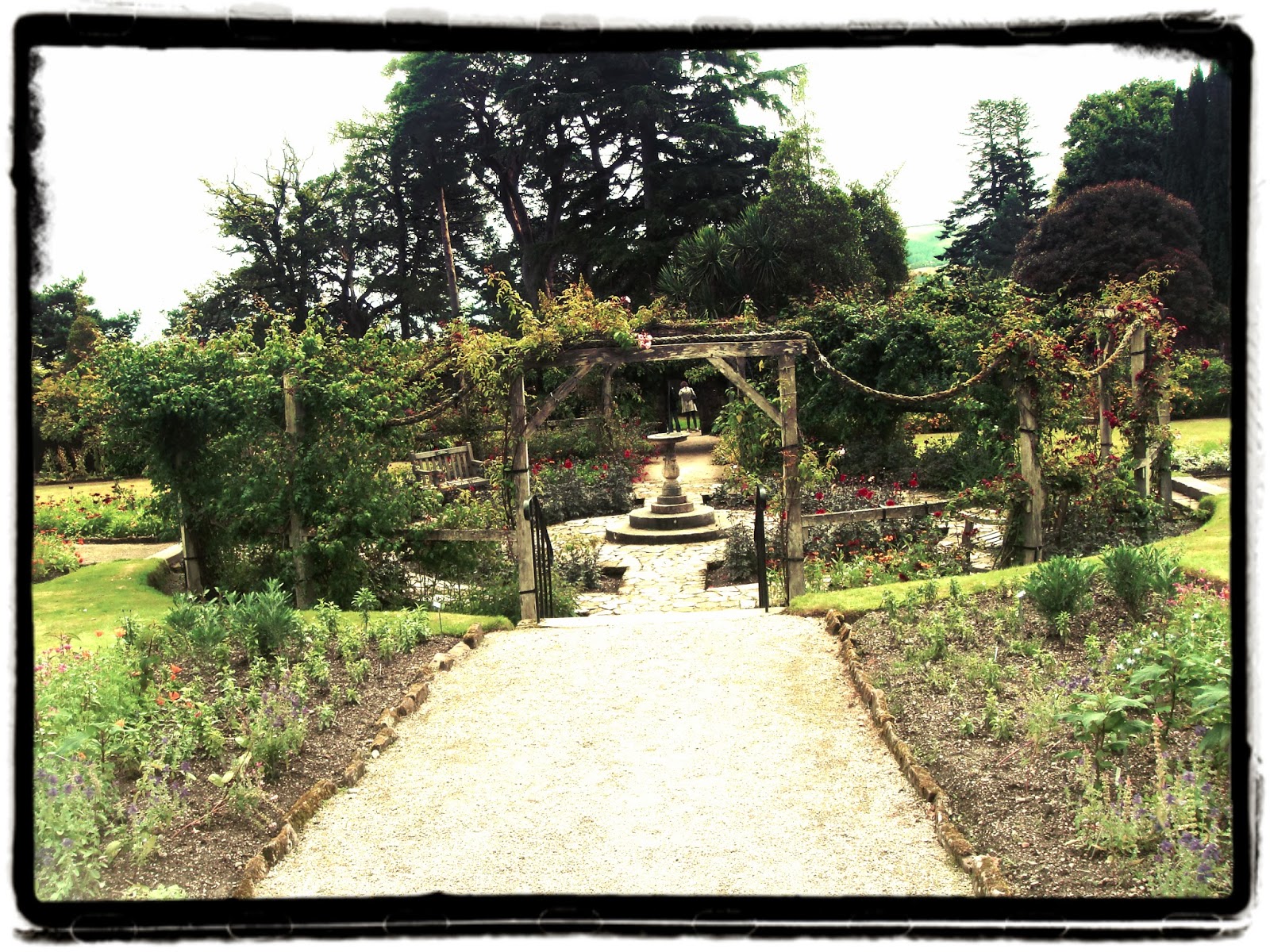 And then there was this mysterious rock...
I wonder again if there is a legend connected... or if, maybe, I shall invent one ;) 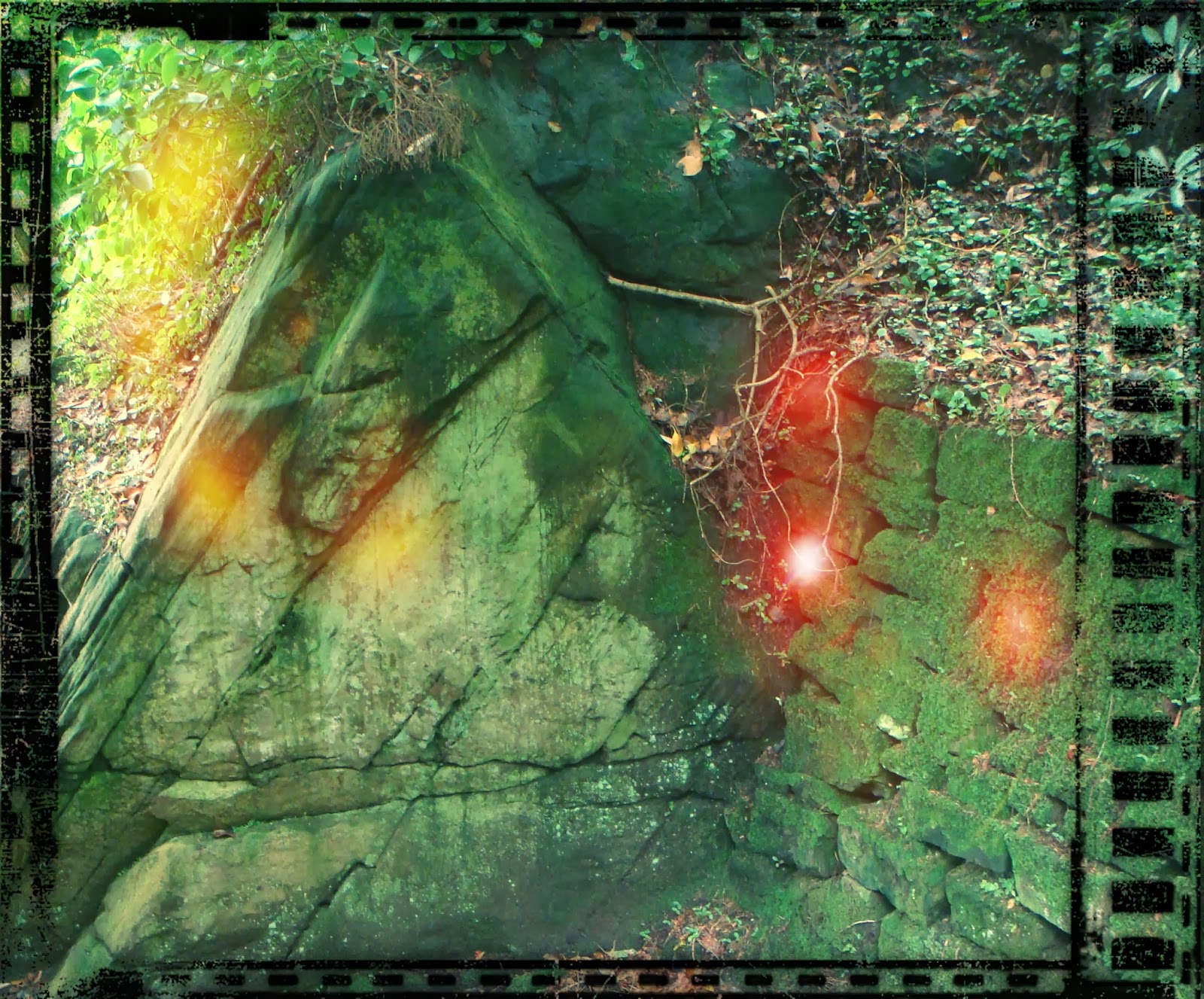