Boston has basically been my first approach with the Usa (if we do not count my layover in Newark airport when flying back from Canadat), and I think that for an European it actually represents the ideal place from where starting to explore the States, as it brings along a sort of cultural (and visual) mediation between the Old and New Continent.
Boston is the oldest American city and it still keeps a strong connection with its roots, a very marked British appeal.
So how could I not fall in love with it? ;)
What has mostly impressed me has been that, for being a big and important American city, it is incredibly cosy and quiet. Maybe it's because the most distinctive aspect of Boston is not connected with productive activities or with power & money, but basically with culture and knowledge: its universities, its important history...
I like this, and it definitely makes Boston a city where I'd enjoy living - and here follow 10 reasons why I would...

[1] Beacon Hill
This quarter is a small, charming and cosy jewel. 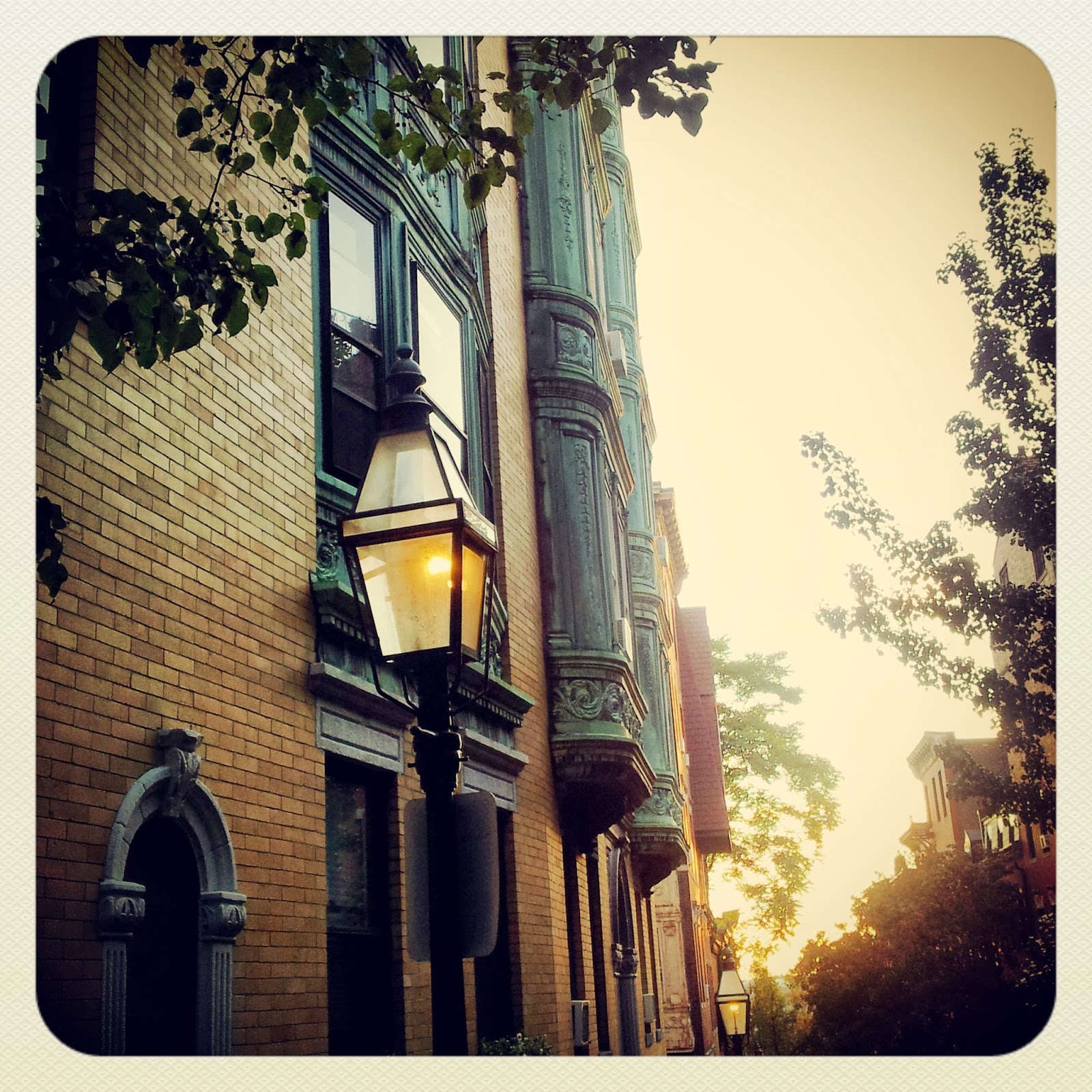 It's one of the areas where you definitely can sense the most of the British roots of Boston. Its Victorian houses, its elegance, the old streetlamps and the pebble-paved alleys... all is SO Brit here, and basically you can tell you are in the Usa instead because everything is just bigger ;) 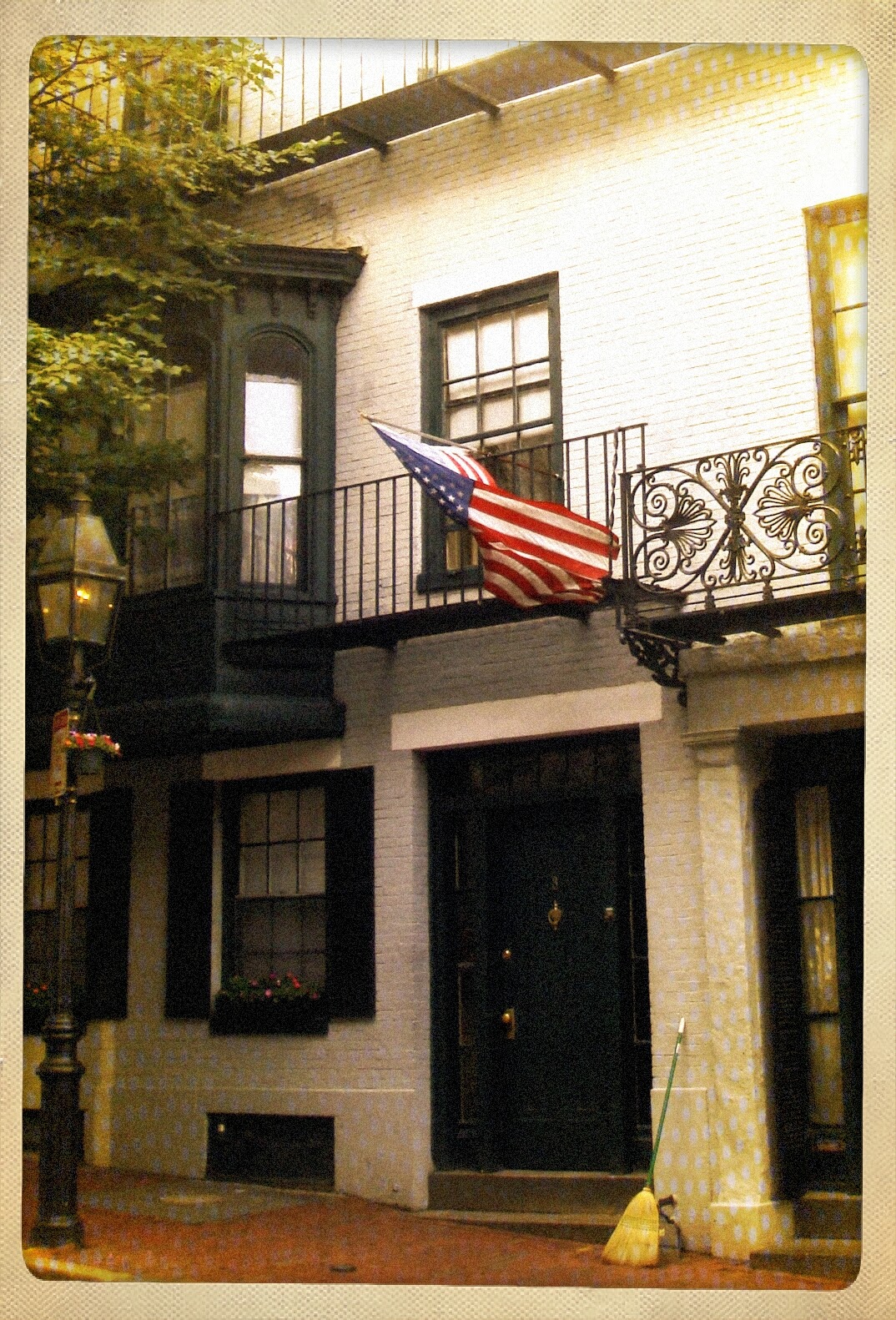 Or because in one of these alleys you can find a stars & stripes flag and a parked pick-up truck!

Beacon Hill is made of a lower part, which is flat and mainly hosts lovely antiques & craftmen shops plus restaurants/cafés; and of an upper part, which is just residential and goes steep - that's on the hill from which it gets its name.
It's enjoyable to wander and get lost in both of them, as you can either end up buying something pretty or daydreaming about your ideal home :)

[2] Common Park & Public Garden
The Common has been the first thing I've seen of Boston, as it was close to our hotel - and it's been pretty strategical as it's also the point where the Freedom Trail starts (see next), so I would recommend everyone to begin visiting the city from here. 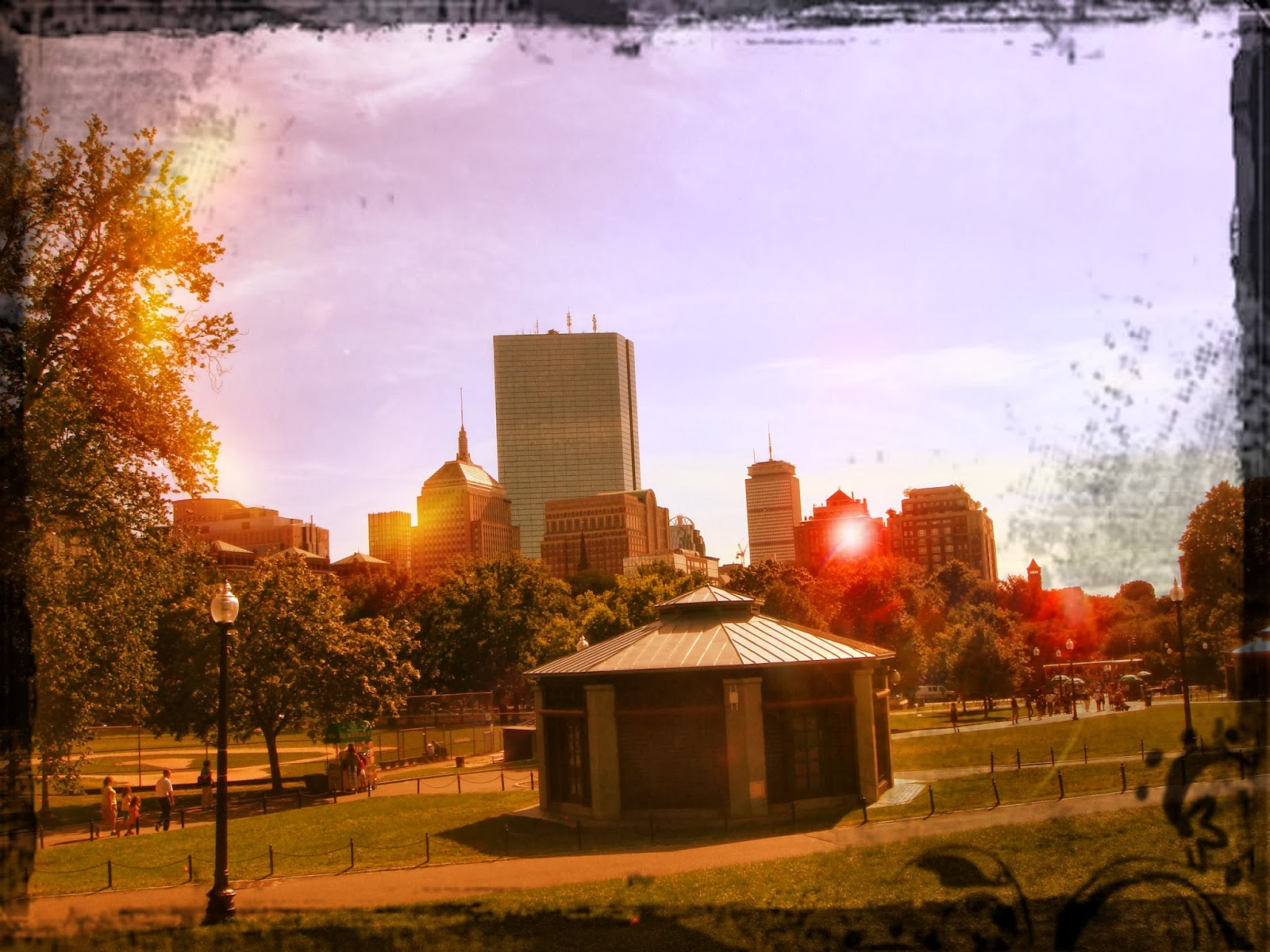 It's the oldest public park of Boston and it's a very nice place where having a relaxing stroll. 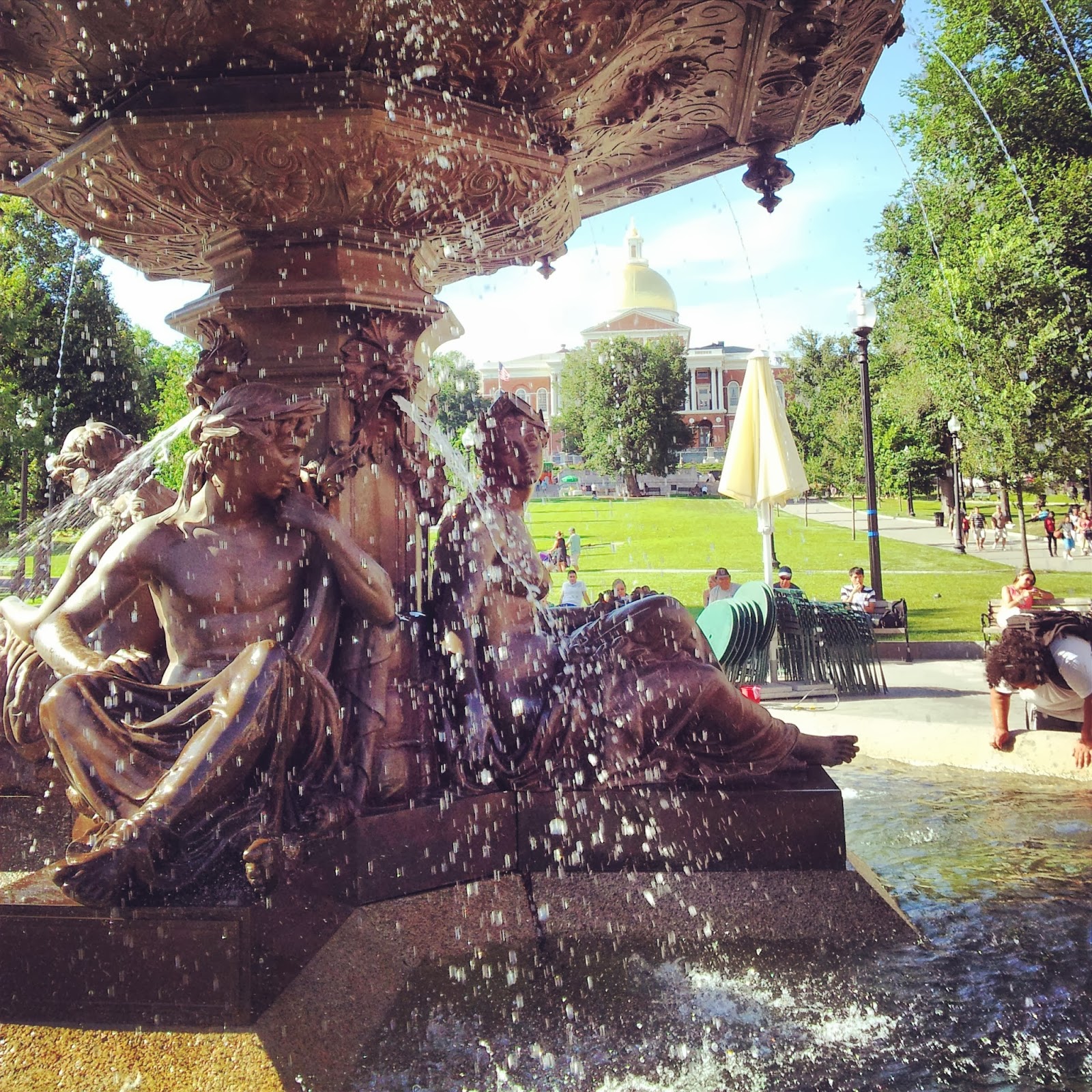 It was so funny to see children (and some adults as well) splashing in the Frog Pond - which is a large and shallow pool, that during winter becomes an ice-skating ring and during summer... a refreshing shelter! 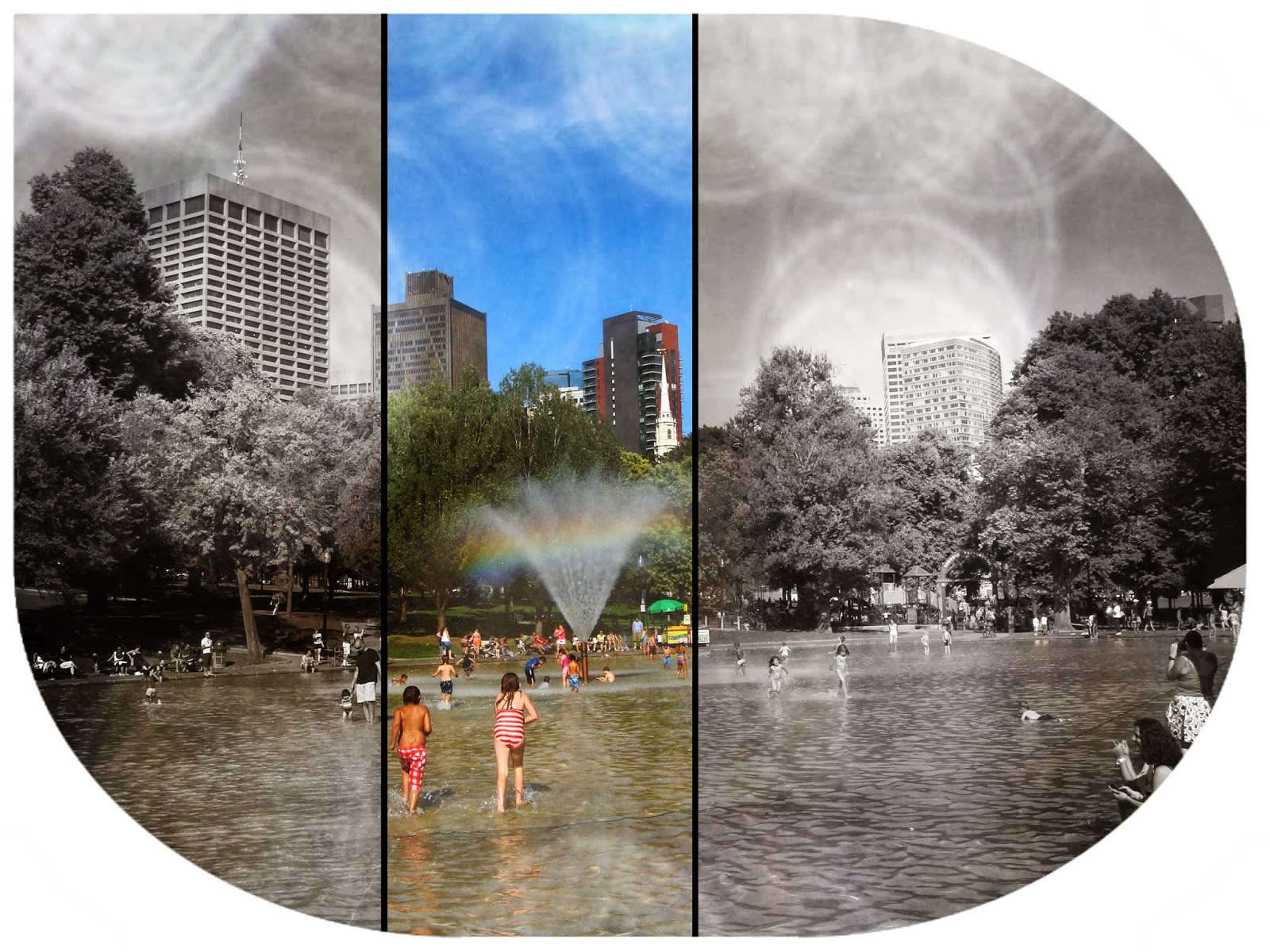 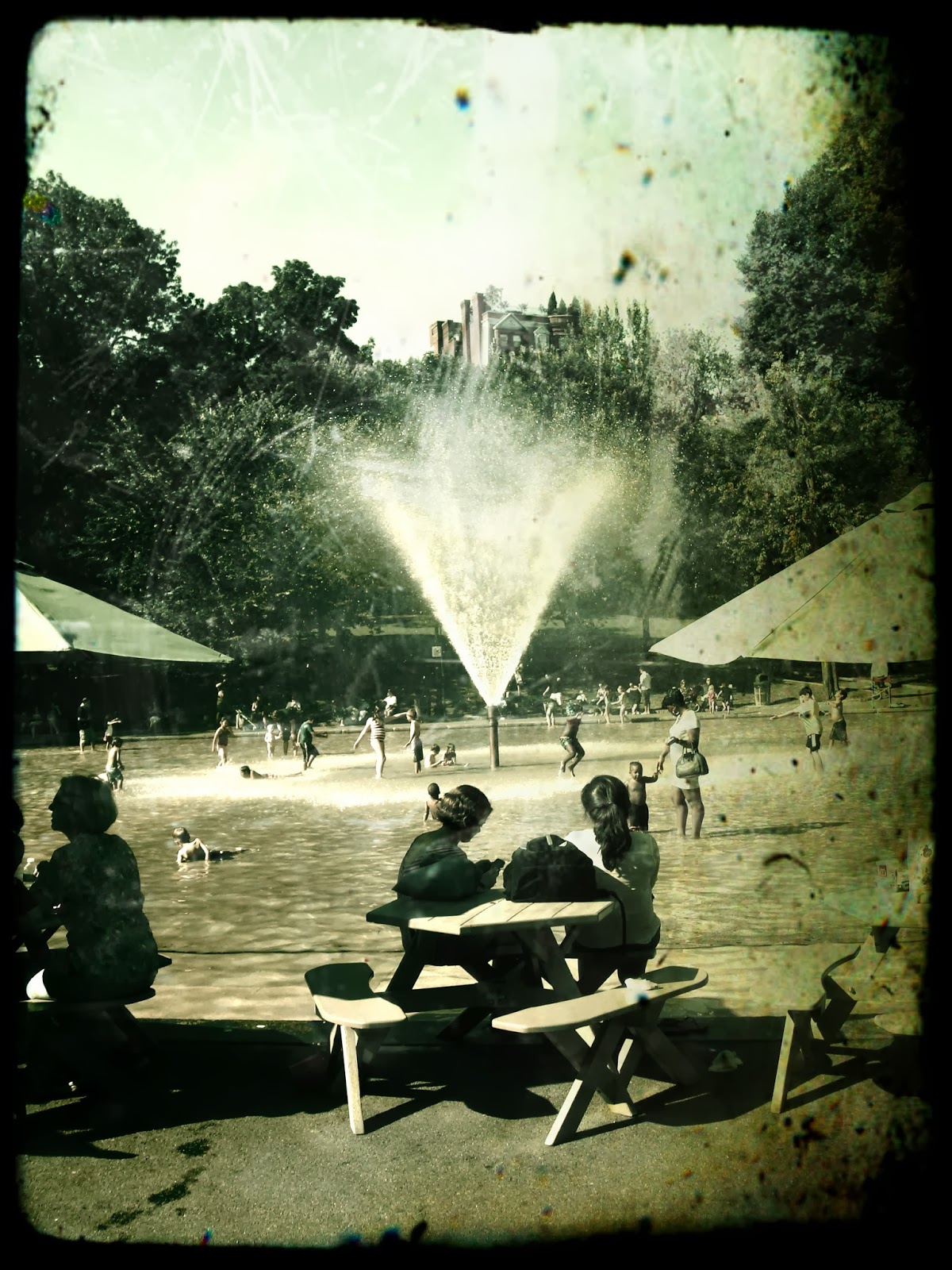 Parallel to the Common Park there is the Public Garden: they are basically simmetric and just divided by Charles Street - and actually at first I had thought it was all the same place. 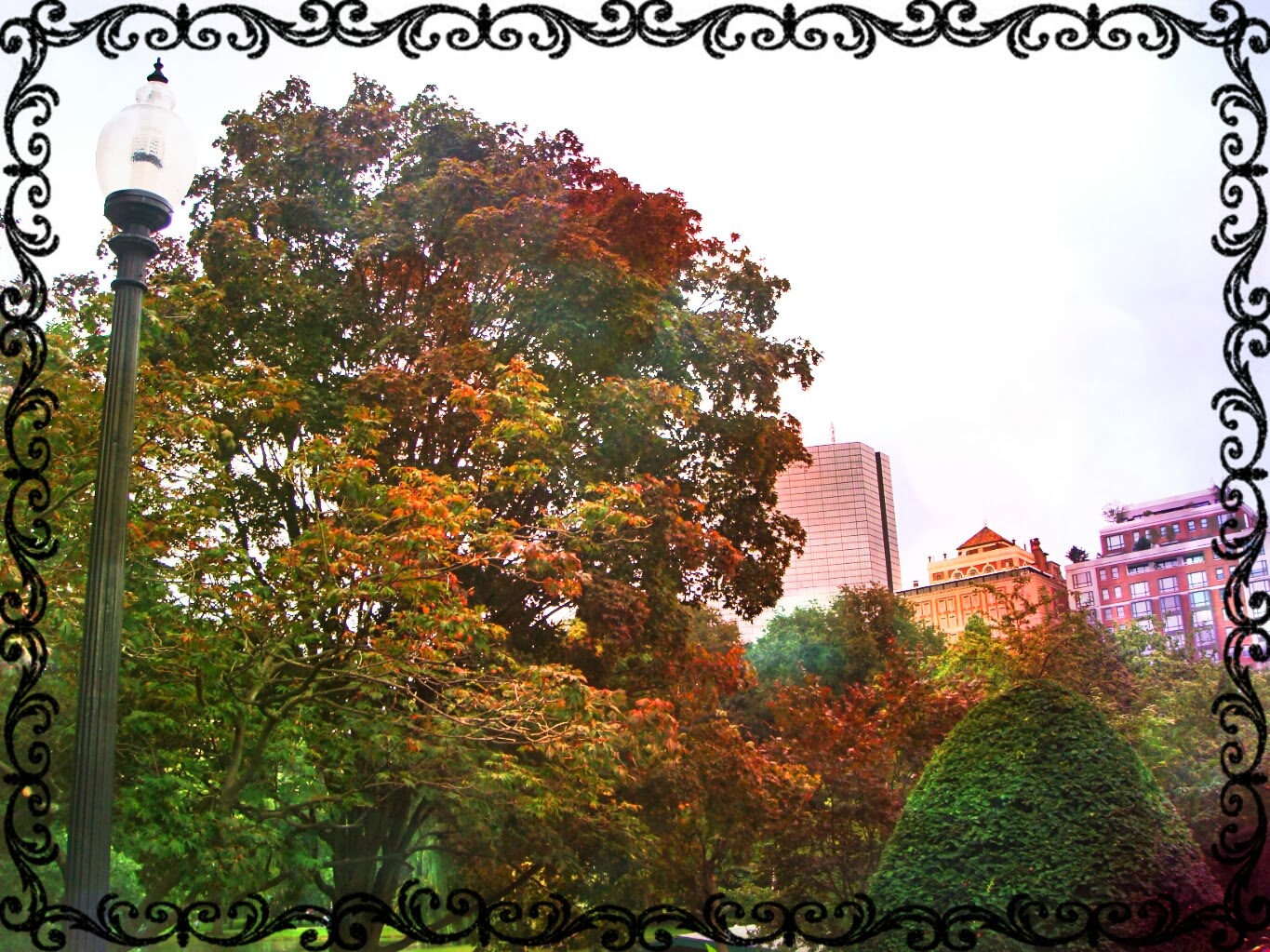 And perhaps I'd say it's like they are two different sides of a same thing, like the masculine VS feminine part of a whole: the Common is male, dedicated to physical activities and dotted with war memorials; while the Garden is definitely female, with its artsy botanical beauties and the Swan Boats sliding over the lake. 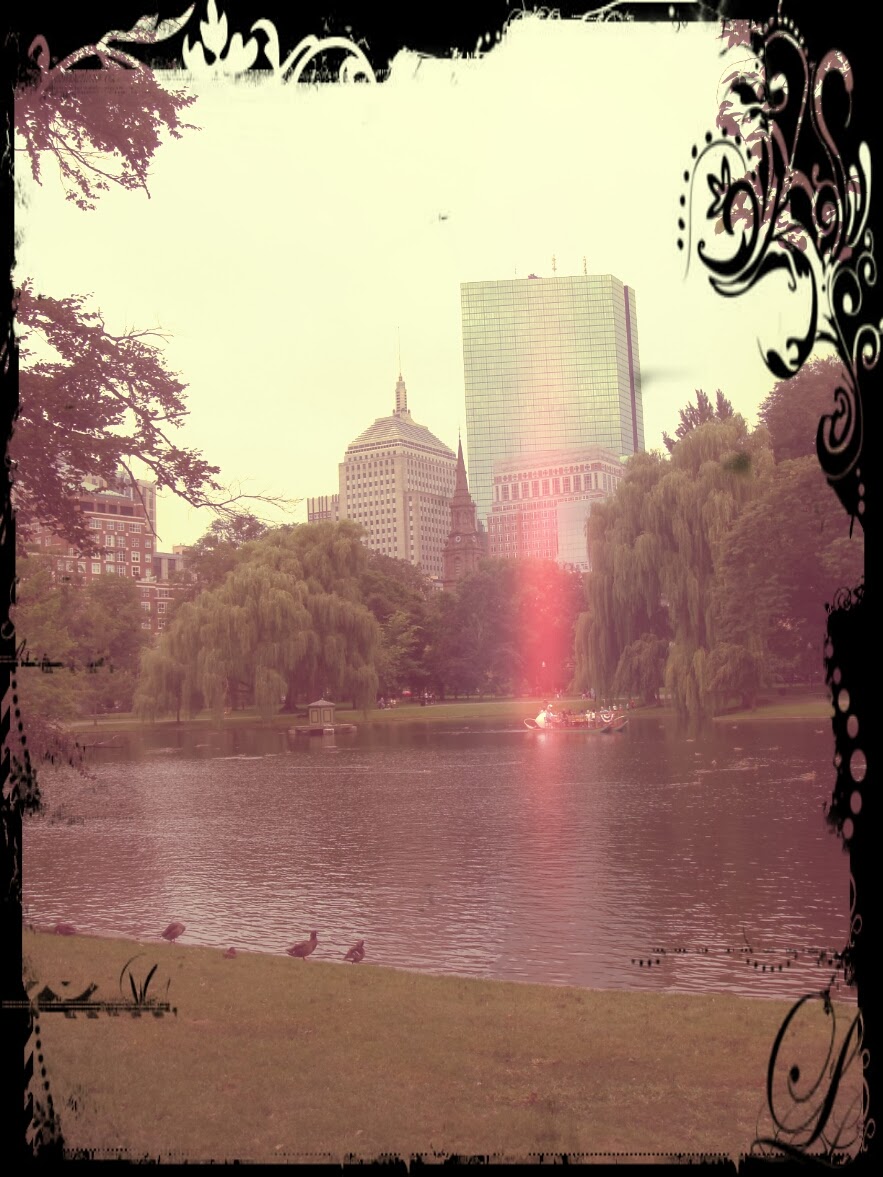 Plus it's mostly loved by children, exp. for the cute sculpture Make Way for the Ducklings, which portraits the feathered charachters of a childhood book by R. Mc Closkey.
These ducklings are SO loved by children that it's basically impossible to take a picture of them without a storm of kids hanging all over...
Except if you are together with my friend Siamese Cat, who, being a teacher, has been able to make them respect discipline for the 5'' we needed to snap the picture ;) 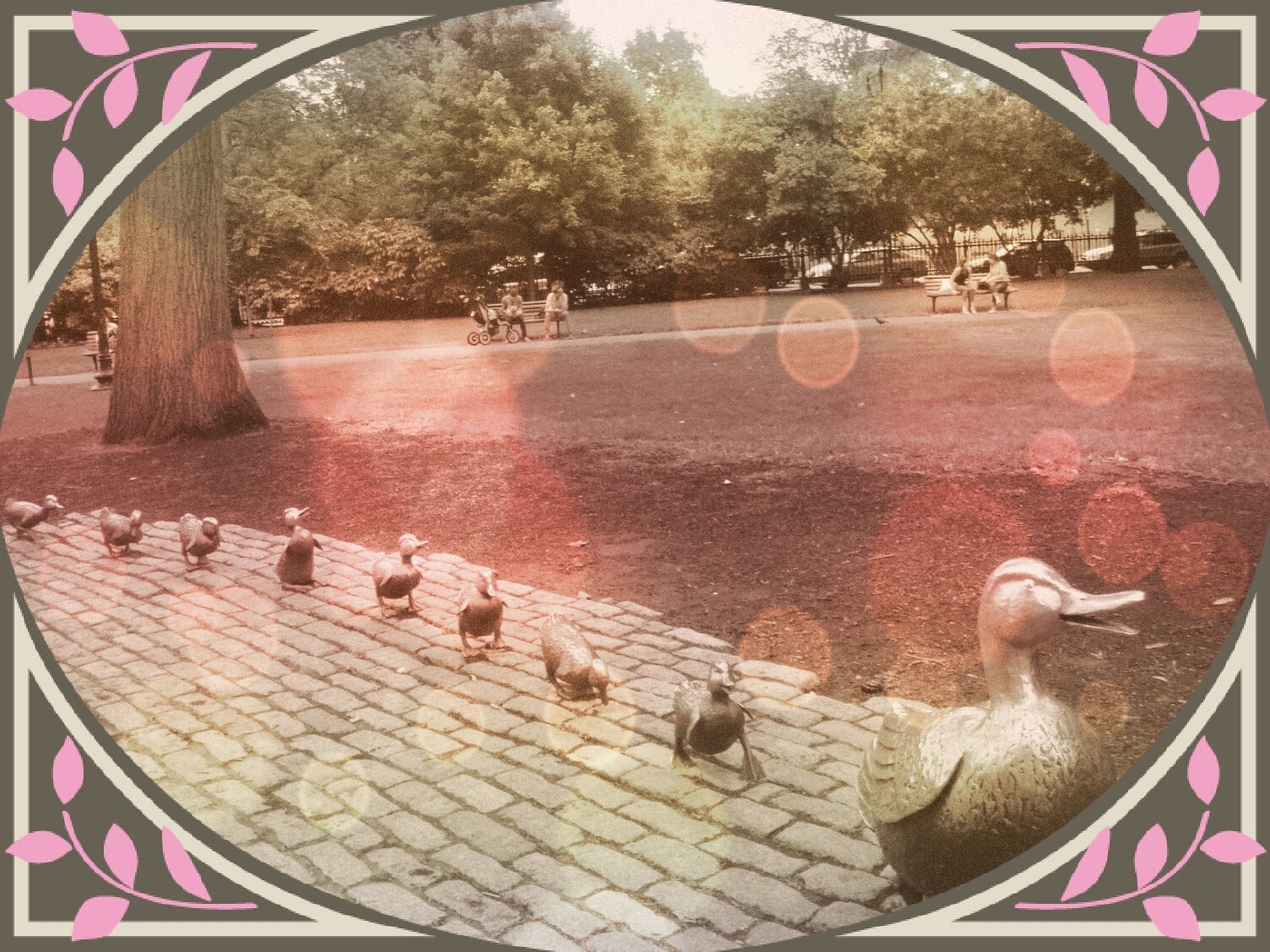 [3] Freedom Trail
The Freedom Trail is a 4 kms long path of red bricks, starting from the Boston Common and arriving till Bunker Hill Monument and leading you to the discovery of the history of American Revolution through the salient places that have witnessed it. 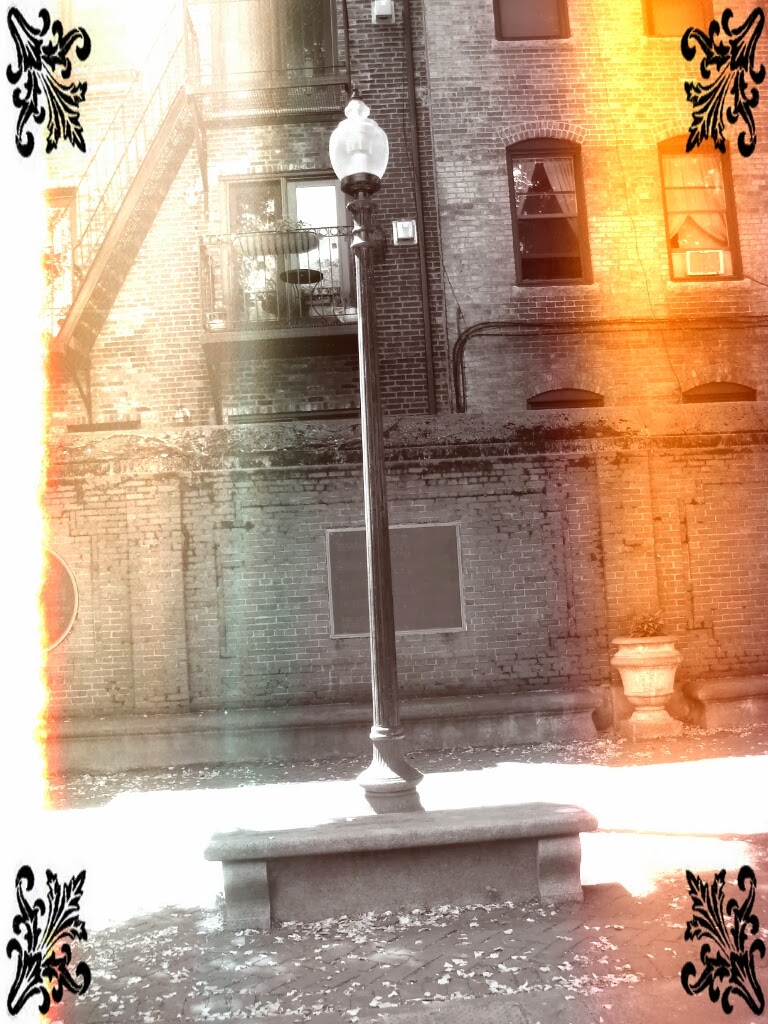 It's like walking through one of those chronological lines you find on history books, but, instead of just reading a meaningless list of events, here you can have a visual evidence of the most relevant facts, may it be through monuments, places or museums. 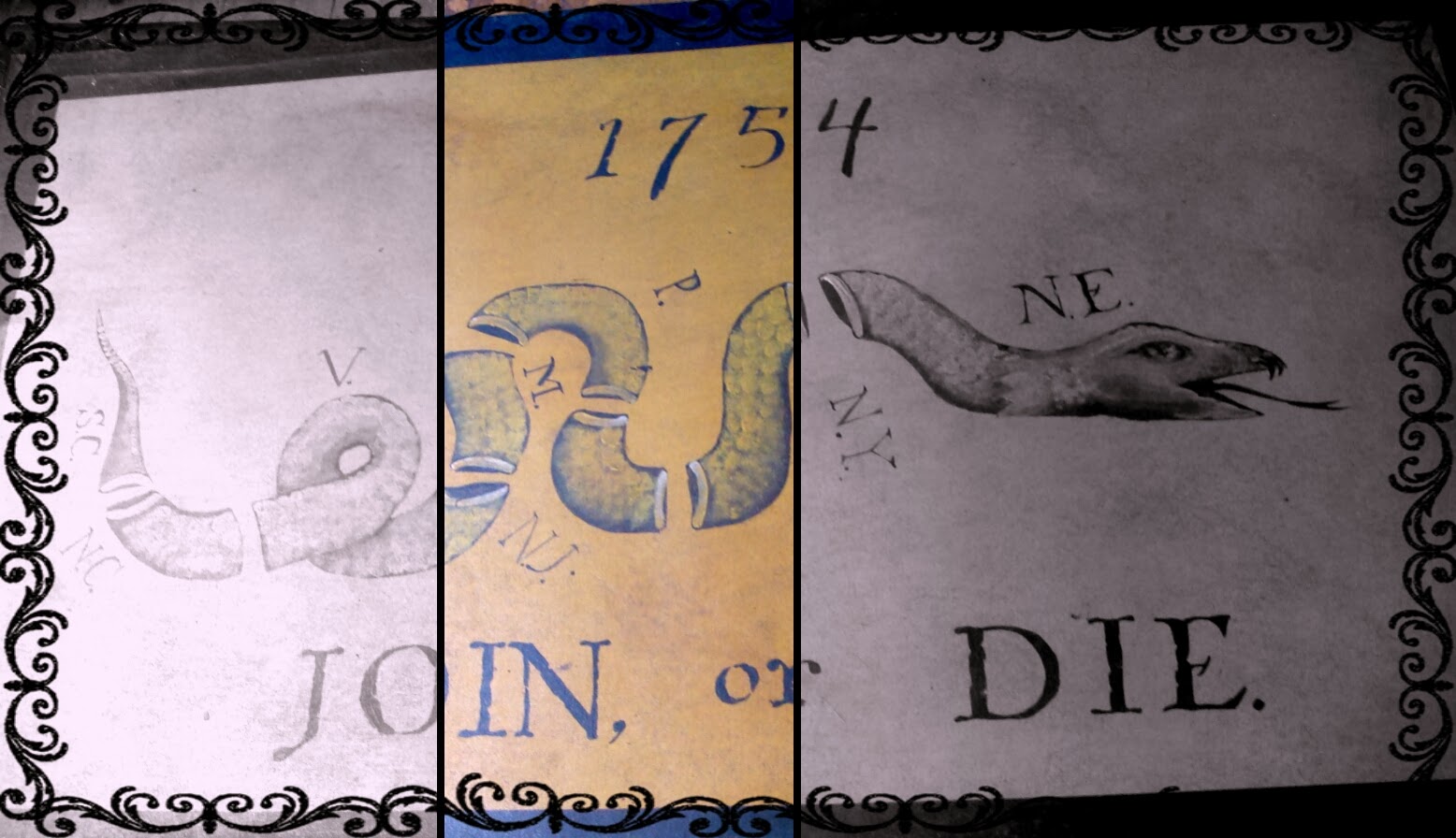 The path it's easy to be followed by yourself, which is what we've done, and that's the best option if you prefer to take your time for a deeper look to what you'll find most interesting. But if you prefer having someone who can help you getting more knowledge about the historical facts that this trail has witnessed, there are lots of guided visits available. 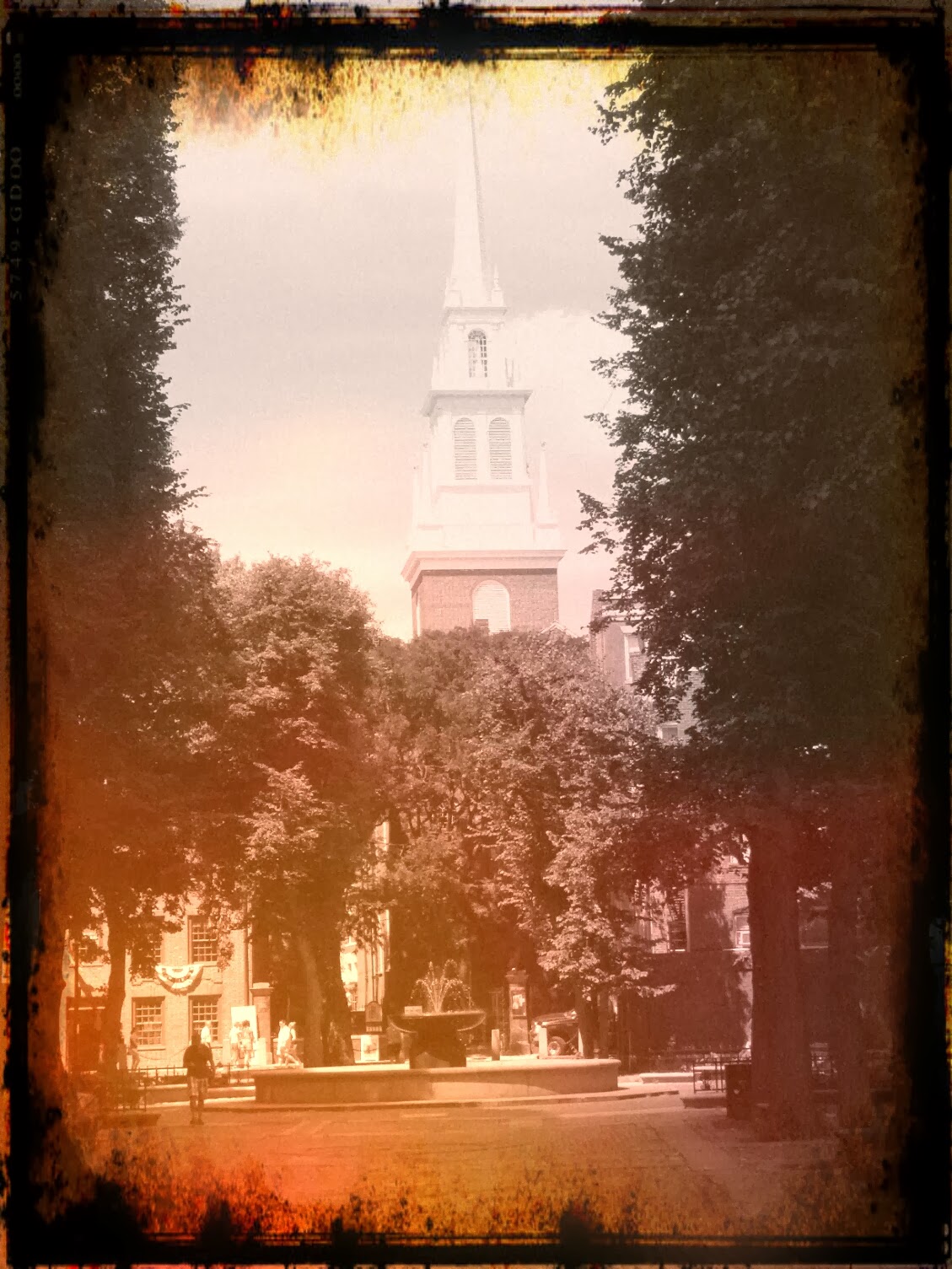 Things you can do along the Freedom Trail and history behind them do deserve longer details - so stay tuned as more will follow!

[4] Harvard
As I've said above, the greates richness of Boston is knowledge - and Harvard University surely is one of the universal symbols of it.
The first place you meet when you get off the metro is Harvard Square, which is the place that mostly can give a dip in a Brit atmosphere: the streetlamps, the hanging flowers, the red bricks... and, all in all, the feeling. 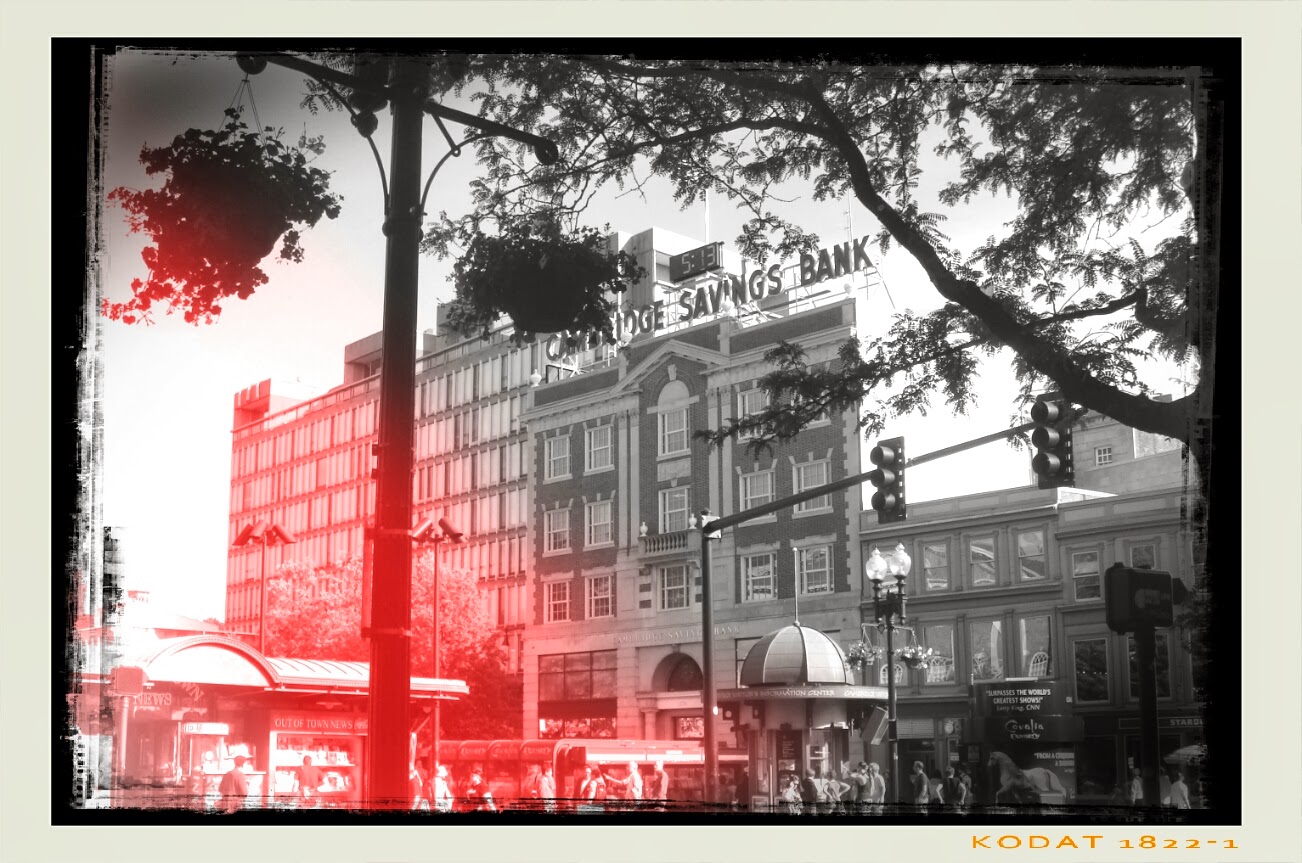 It's a colorful jigsaw of little shops, cafés and bookstores, and it really is the heart of Harvard - the point from where you can start your exploration.
From here you can enter the University ensemble, sneaking through the iron gates that lead to the campus.
And, wow, you really feel like you are stepping inside a legendary place!
Well, Harvard is legendary: if not the most prestigious, it surely is the oldest university in the Usa, and walking along its yard really makes you feel surrounded by a mythical halo. 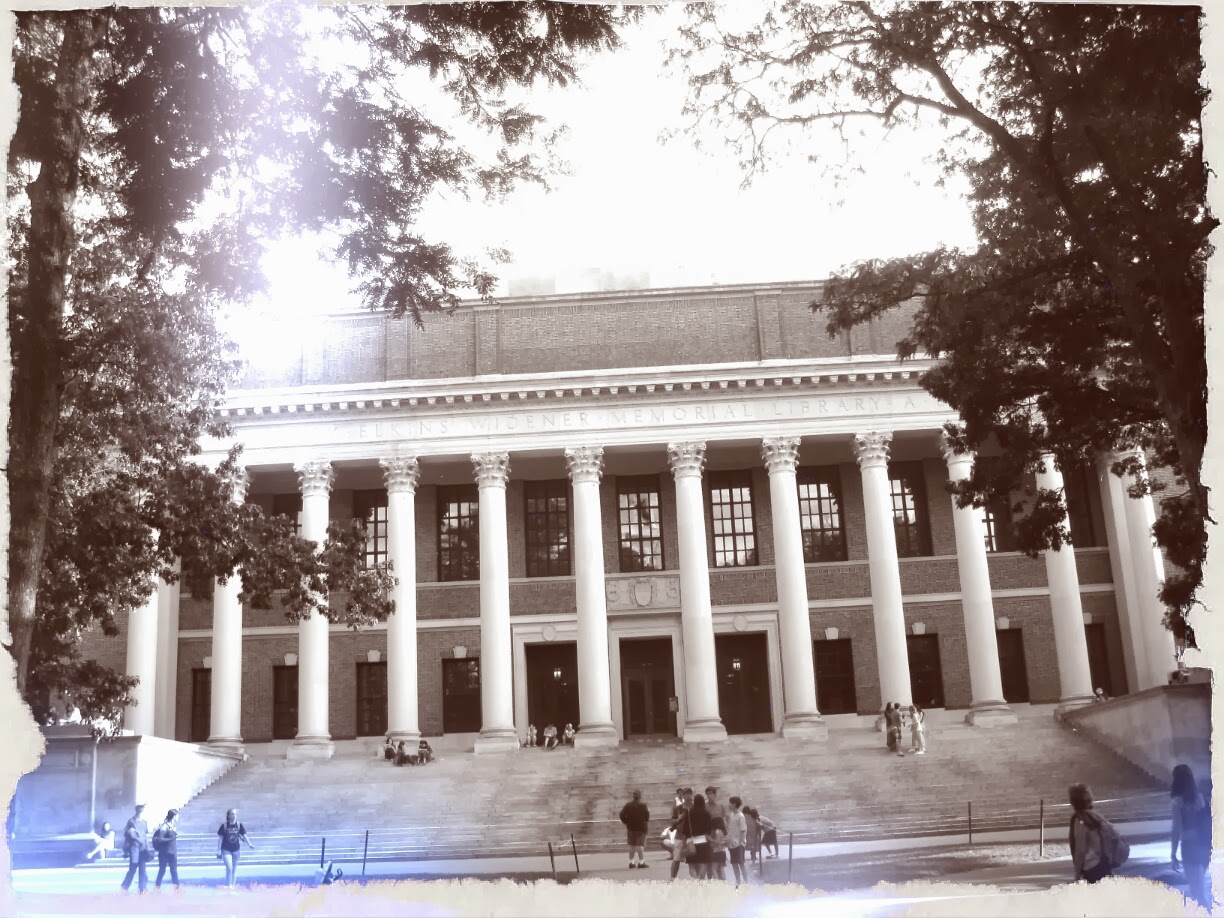 In the Johnston Gate you can find the two academic buildings, the Massachusetts Hall and the Harvard Hall: they are massive and they do look like two temples, which after all is what they are - temples of knowledge, and (hopefully) also of wisdom. 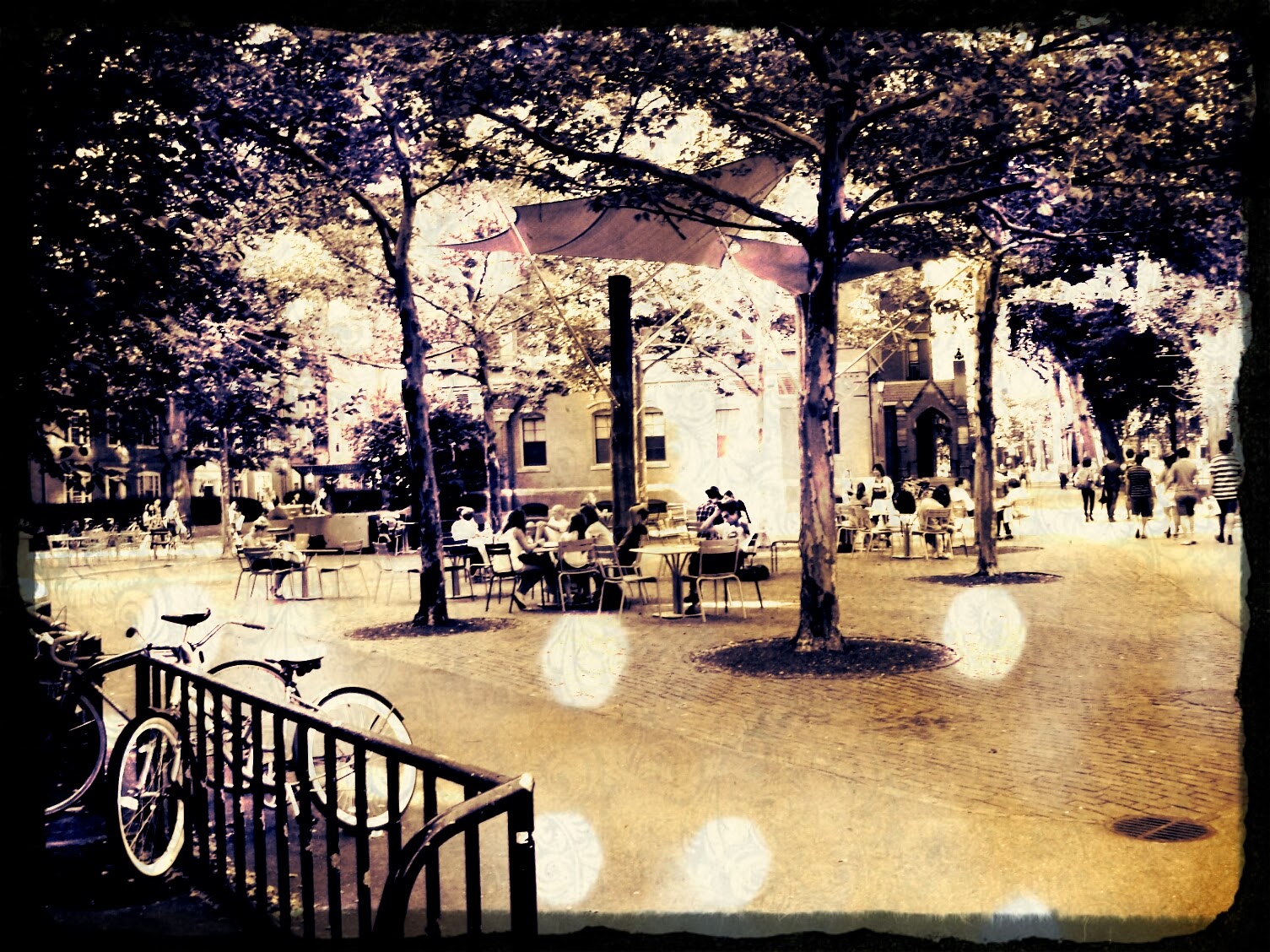 It's been so nice to relax in the green and neat courtyard, pretending for some minutes to be a student.
Tradition says that touching the show of mr Harvard's statue will bring you a fast and lucky graduation - pity that I'm already done with my studies! 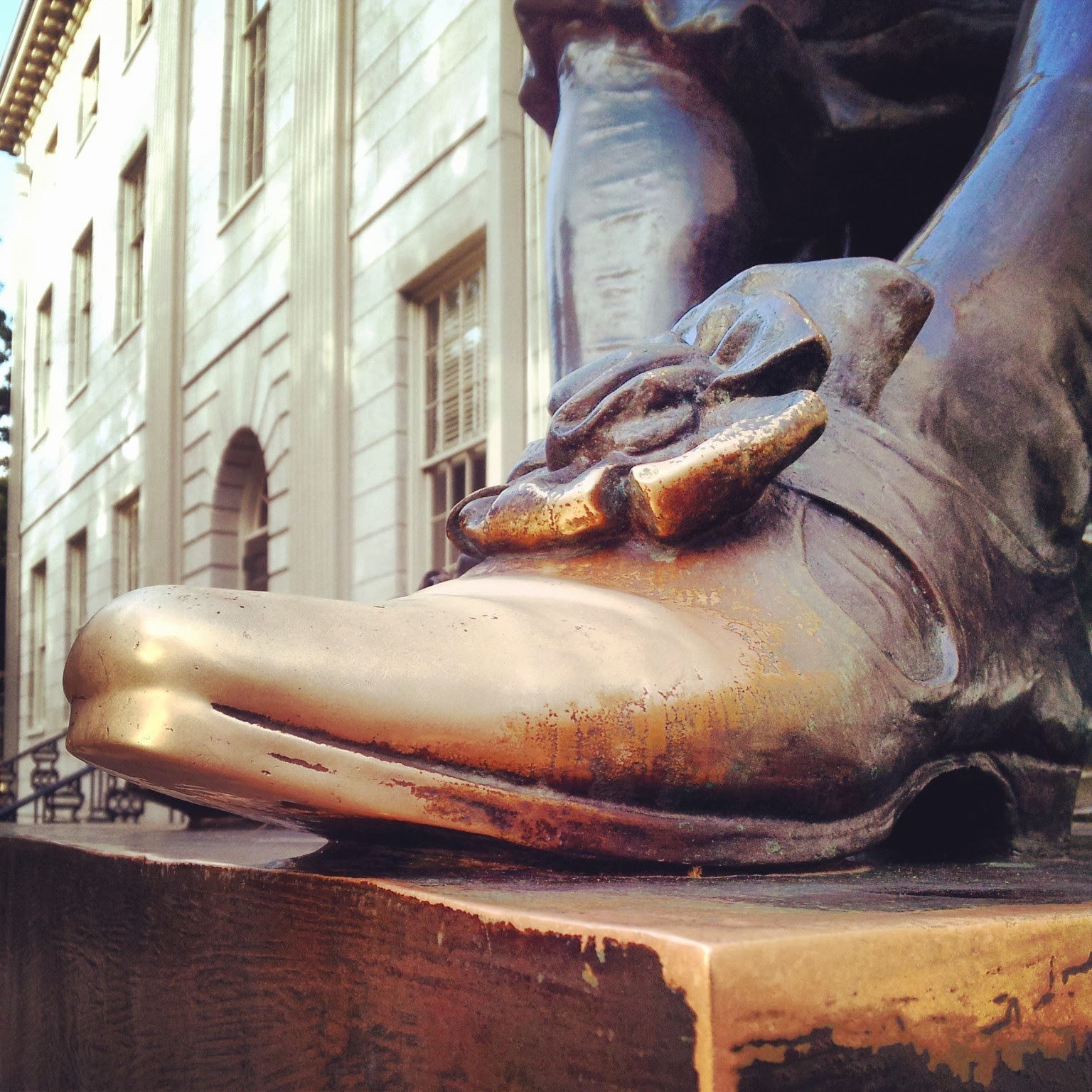 But this tradition is actually peculiar, because the sign on the statue hides three lies:
1) John Harvard was not the founder of the University, he was just a benefactor;
2) The University was actually founded two years later than what the sign claims;
3) We are not even sure that the guy portraited IS mr Harvard!! 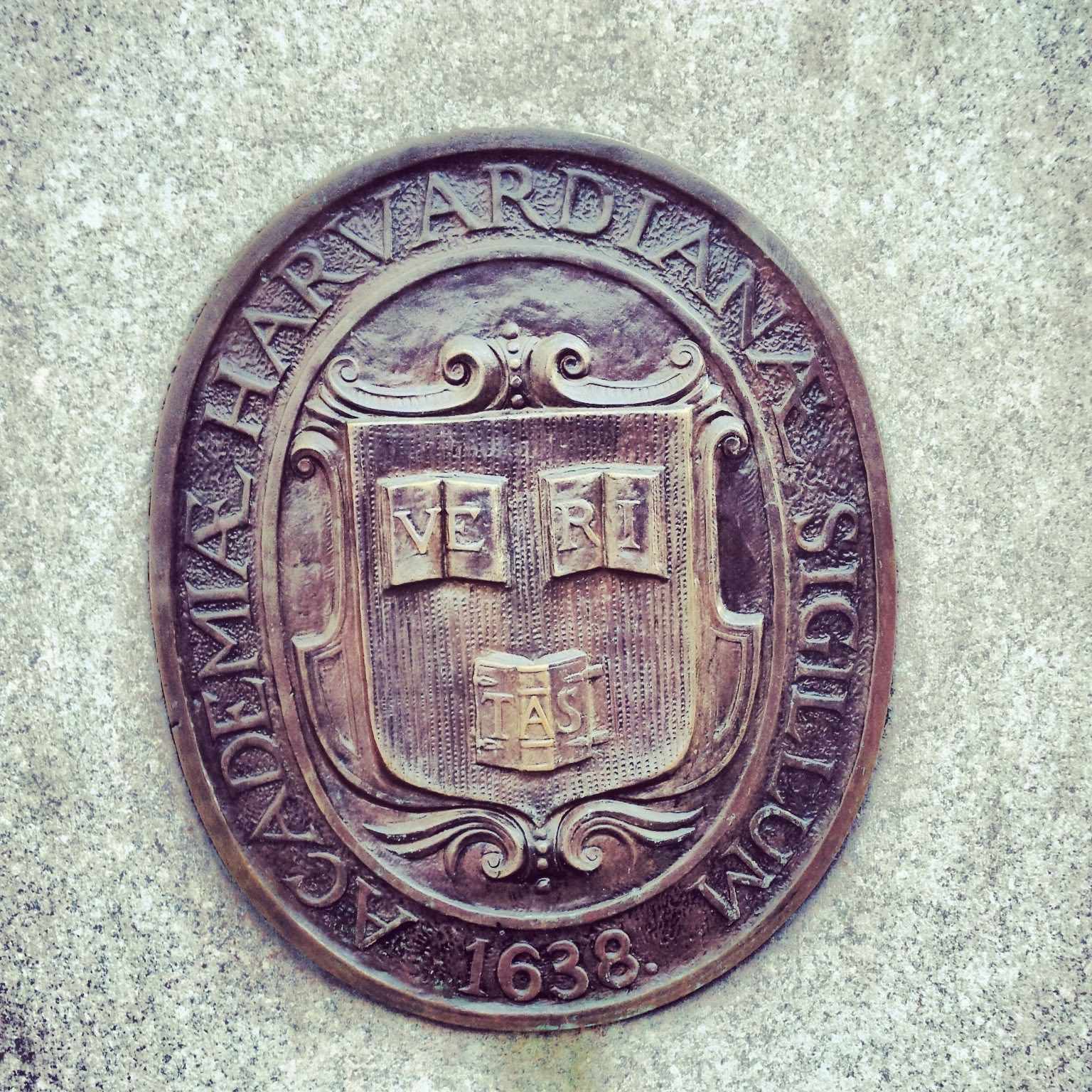 [5] 75 Chestnut
This cosy restaurant is situated in one of the alleys of Beacon Hill and it indeed suits the surroundings, as it totally has the kind of shabby-chic elegance which I find so warm and welcoming; but it truly deserves a mention apart because here we had one of the best meals of the trip. 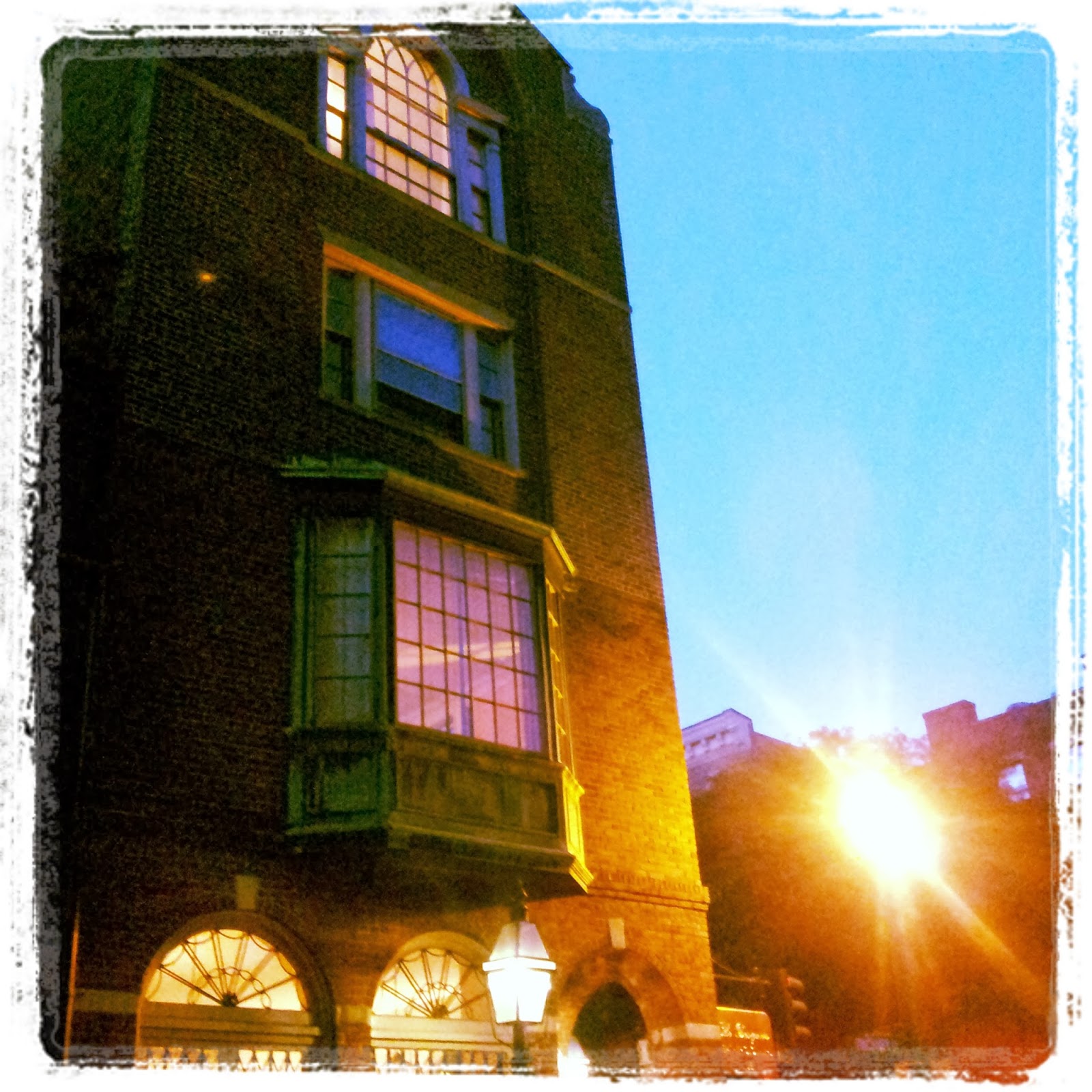 Wine was tasty, place was pretty, food delicious and the waiter hot - what more can you ask for?? ;)
I had a tower of starters, which was actually a complete meal, as it consisted of three dishes with big portions in. 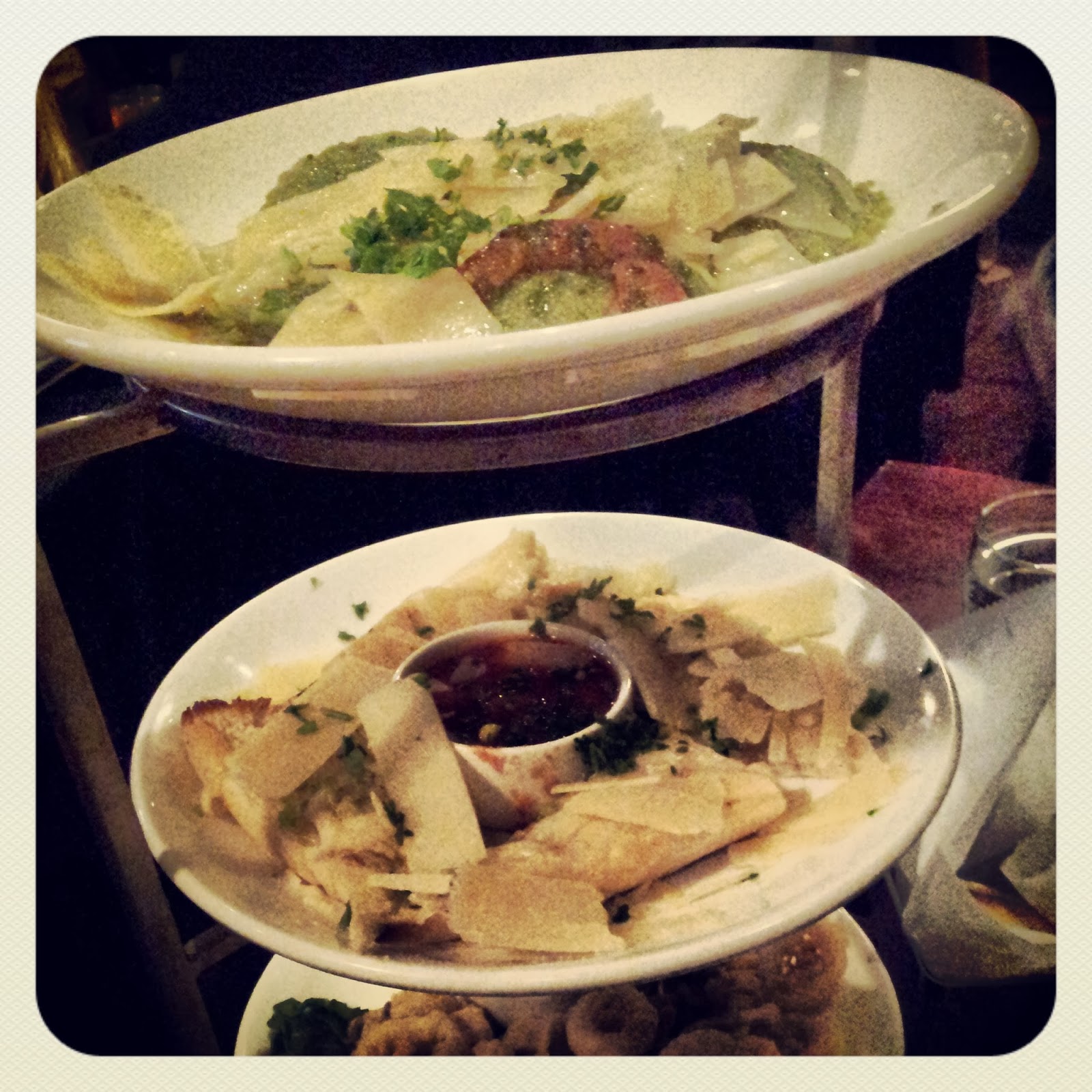 There were crisp fried calamari, roasted garlic bread and eggplant ravioli.
Everything was superb, but my heart cried when my stomach didn't have anymore room for the marvellous raspberry & white choc cheesecake I chose for dessert. 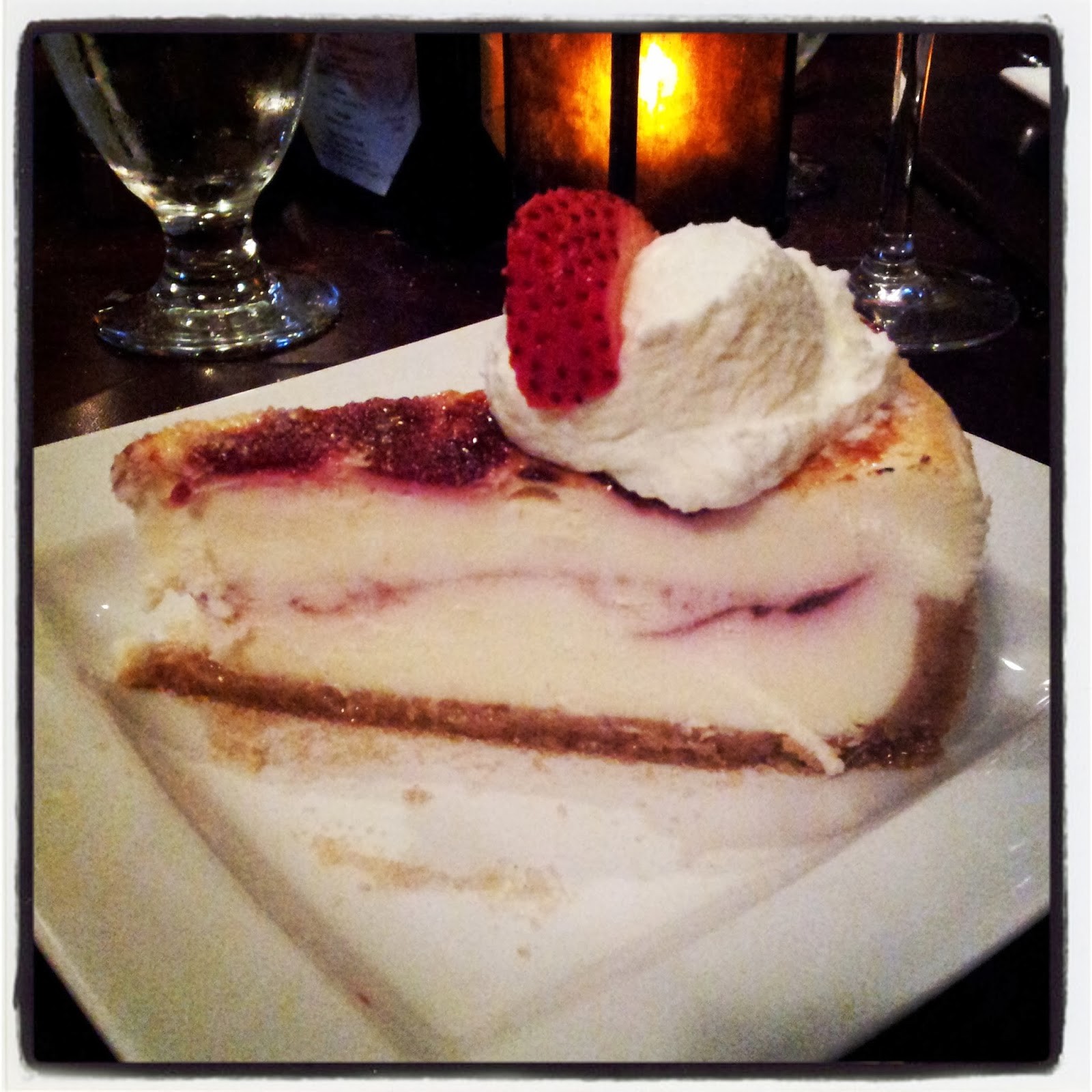 Such a pity, it was one of the best cheesecakes I've ever tasted!
Well, yet another good reason to come back :)