Tadoussac: where whales enjoy to be watched

Tadoussac is a small village in Québec at the confluence of the St. Lawrence and Saguenay rivers.
It looks just like a bunch of colorful wooden houses thrown along the Saguenay fjord, but it actually holds the record of the oldest European settlement in Canada.
And, besides this, it holds at least a couple of surprises.

First of all its main (and perhaps only?) hotel. 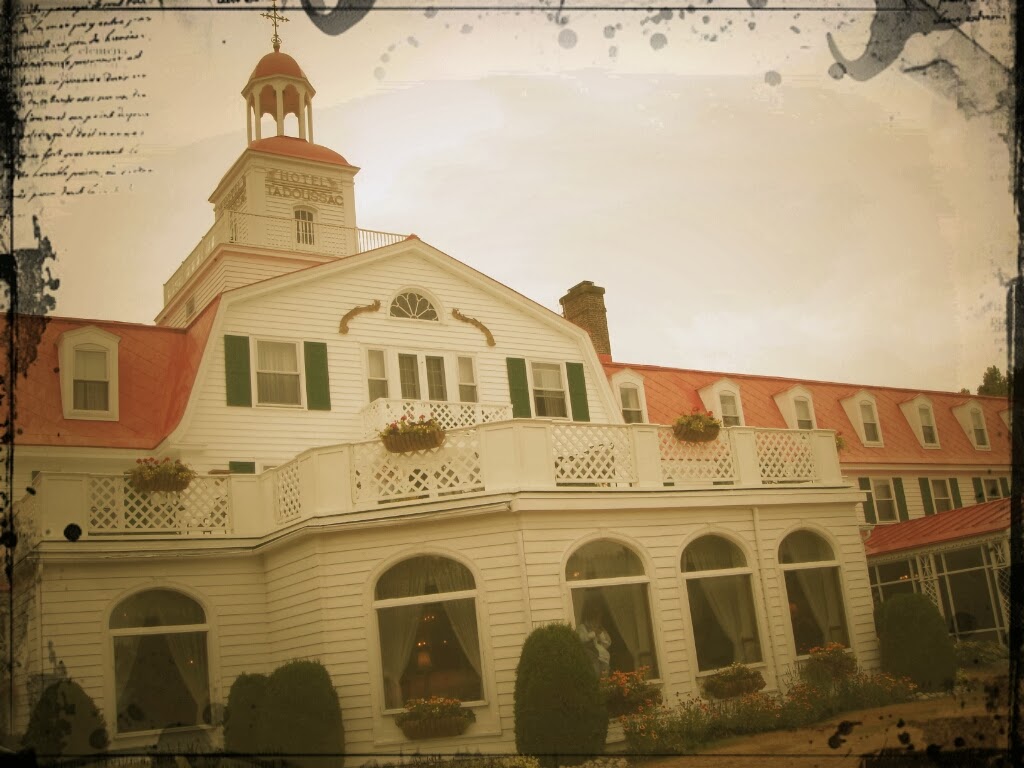 Hotel Tadoussac is large wooden construction from the Victorian era (well, actually rebuilt during 1940's after a fire - but still preserving the original style) which makes you feel like stepping back into history: the atmosphere you breathe is very much Gone with the Wind-like, and I've so much enjoyed it. If you feel like being in a movie while staying there, anyway you are absolutely right, because this hotel has been chosen as a set for the film taken from one of my favourite John Irving's novels - Hotel New Hampshire.
I think its old style halo can be really fitting for the kind of strange and sweet stories Irving has conceived - and maybe, with a little effort of immagination, you can even picture some of the charachters being there at your side, making breakfast with you or playing the piano in the hall.

Secondly, as for the surprises, if you just turn the corner around, where the settled part of the village finishes, you'll immediately find yourself plunged into the rugged and amazing beauty of the Saguenay fjord. 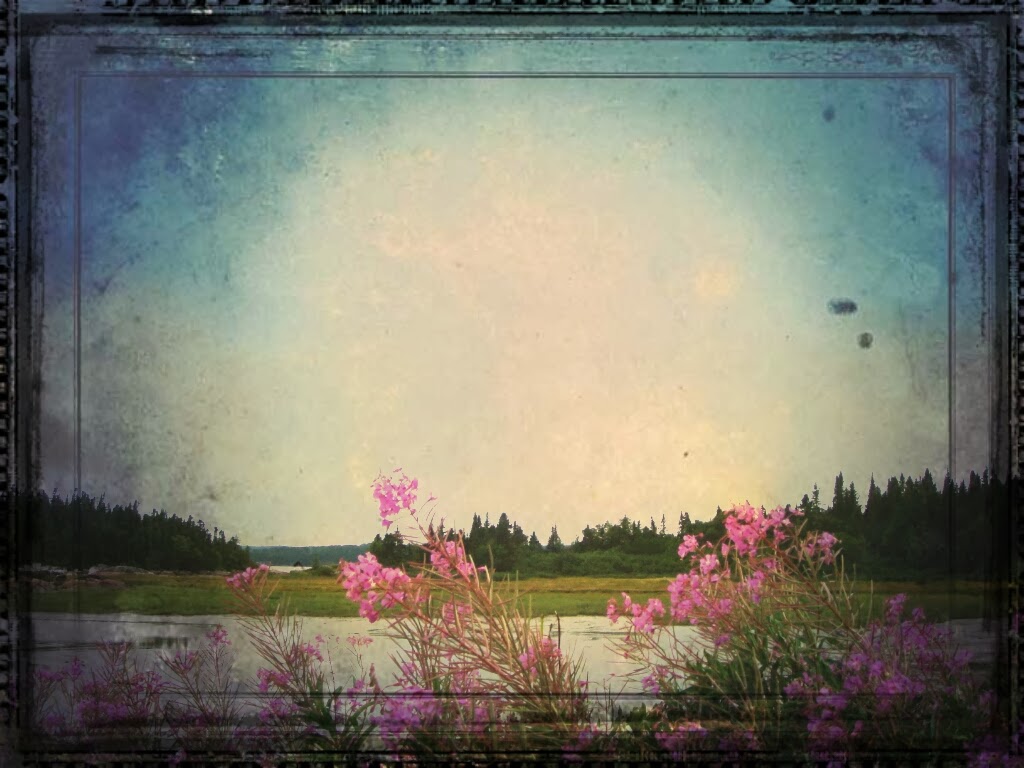 It's a wild area made of rocks and water, with some really pretty views. 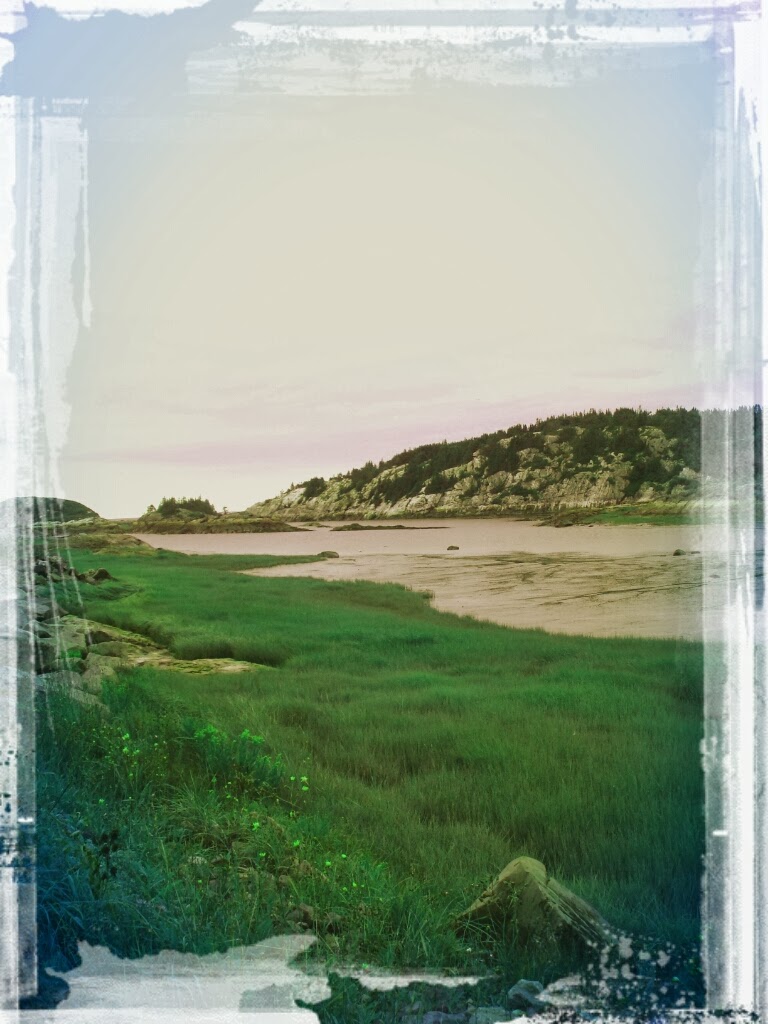 For me it was also the very first touch with the Canadian nature after visited three of the main cities of Québec and Ontario, and so I was very eager of the silence and the beautiful wilderness I could enjoy here. 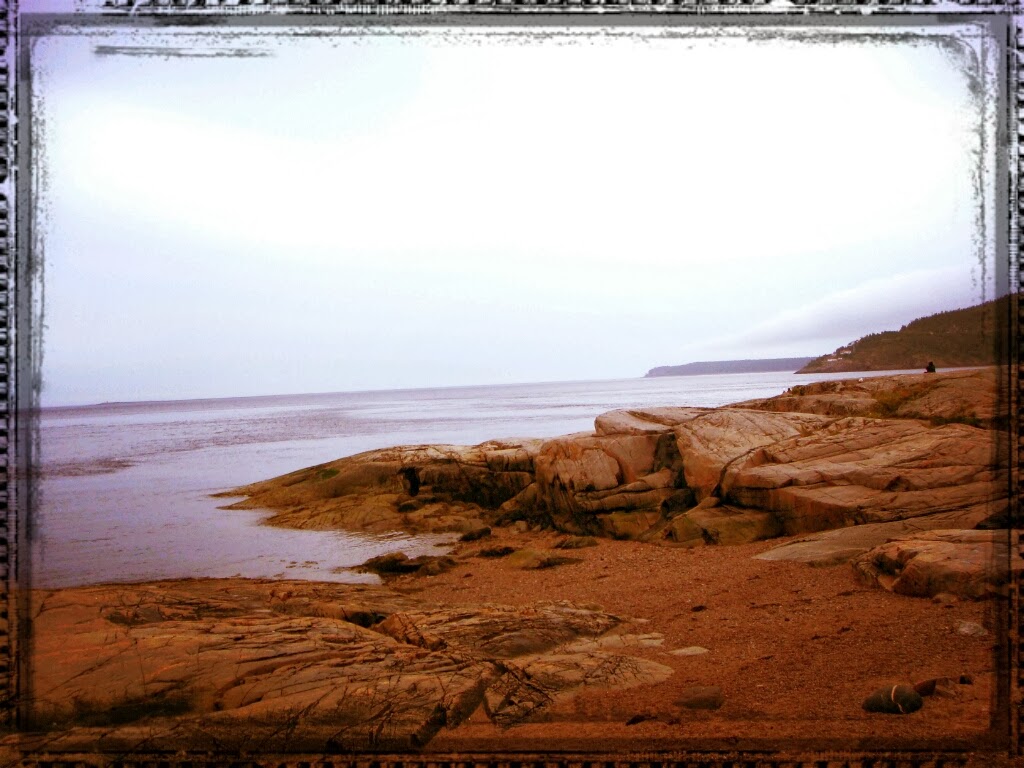 You could wander for hours just by meeting trees and rocks and water - which I bet it's pretty normal anywhere in Canada, but for an European like me, such wild and pristine spaces are rare and precious, and therefore I do appreciate them as great wonders. 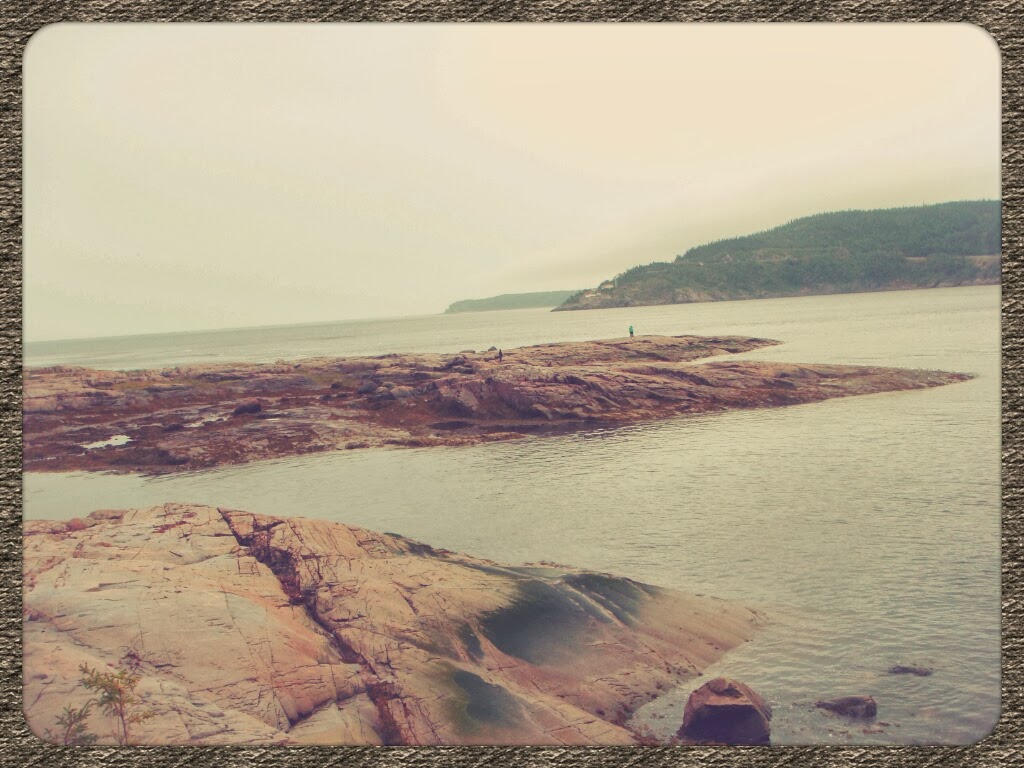 But the main aim why I came to Tadoussac was to try whale watching.
I must admit I was pretty much skeptical about it: I mean, yeah, some whales could have been there, but I thought it might have been quite rare they would have actually shown up exactly when our boat was sailing there... - I thought.
But here came the third surprise. 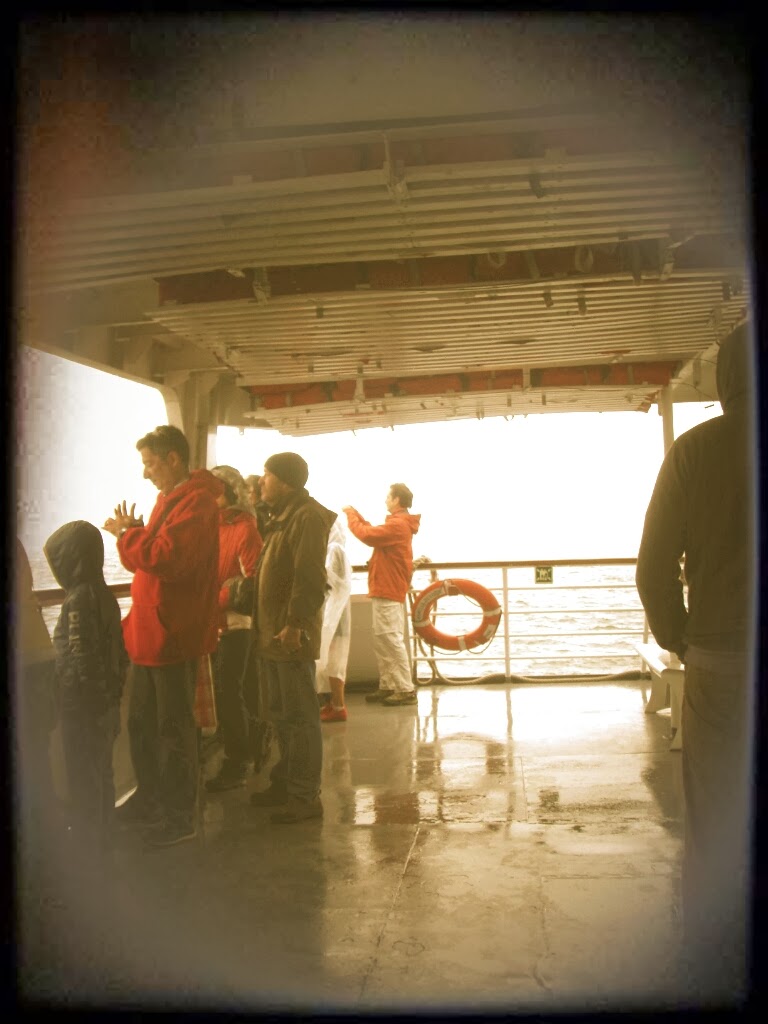 As soon as the boat reached a decent distance from the shore, the show began.
A spurt of water was appearing somewhere, then you could see the back and the fin and finally the tail.
One time, two times, three, four ... it truly was like a show, with dancers following one another on the show.
We saw beluga whale, minke whale, humpback whale, fin whale and even one blue whale.
It seems this place is very popular among them, because the meeting of the cold and sweet waters of the Saguenay with the warmer and salty ones of the St. Lawrence creates a very rich marine environment, so the whales do have a lot of krill to get nourished with.
It's been amazing to see them.
Unfortunately all the pics I've taken suck quite a lot, because it wasn't really easy to take them: you had more or less 15'' after you were noticing the spurt to zoom, focus and snap. And the boat wasn't very steady - so most of my shots are quite blurry and unclear. 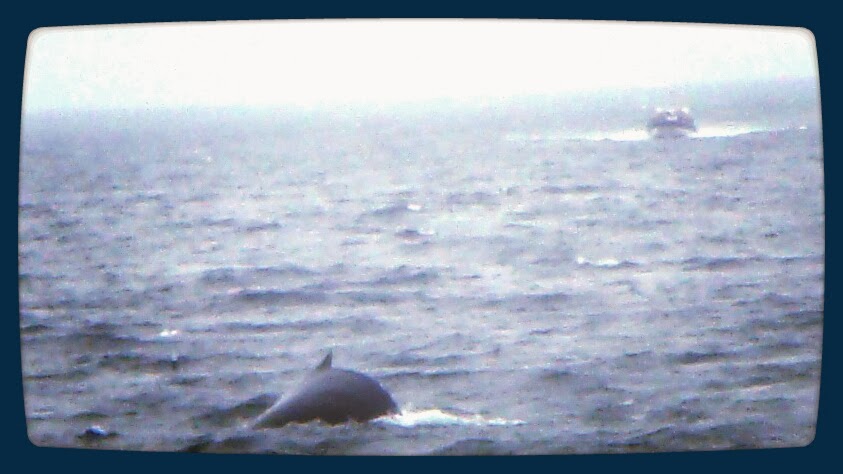 But anyway they witness that I've seen :)
Pubblicato da Serena Chiarle a 22:33