Cinema Museum in Turin - a Mole full of dreams

Mole Antonelliana is a peculiar building.
It makes Turin's skyline pretty unique, and, when you see it for the first time, it makes you wonder what the heck it is.
It should have been a Jewish synagogue, but, for its shape and its mass, it doesn't really look like a synagogue.
Well, it doesn't actually look like any other kind of building in the world.
Alessandro Antonelli, the architect who designed it, was a sort of crazy genius, and it would have been really interesting to take a peek in his head and find out what he was wondering about when he conceived his masterpiece. 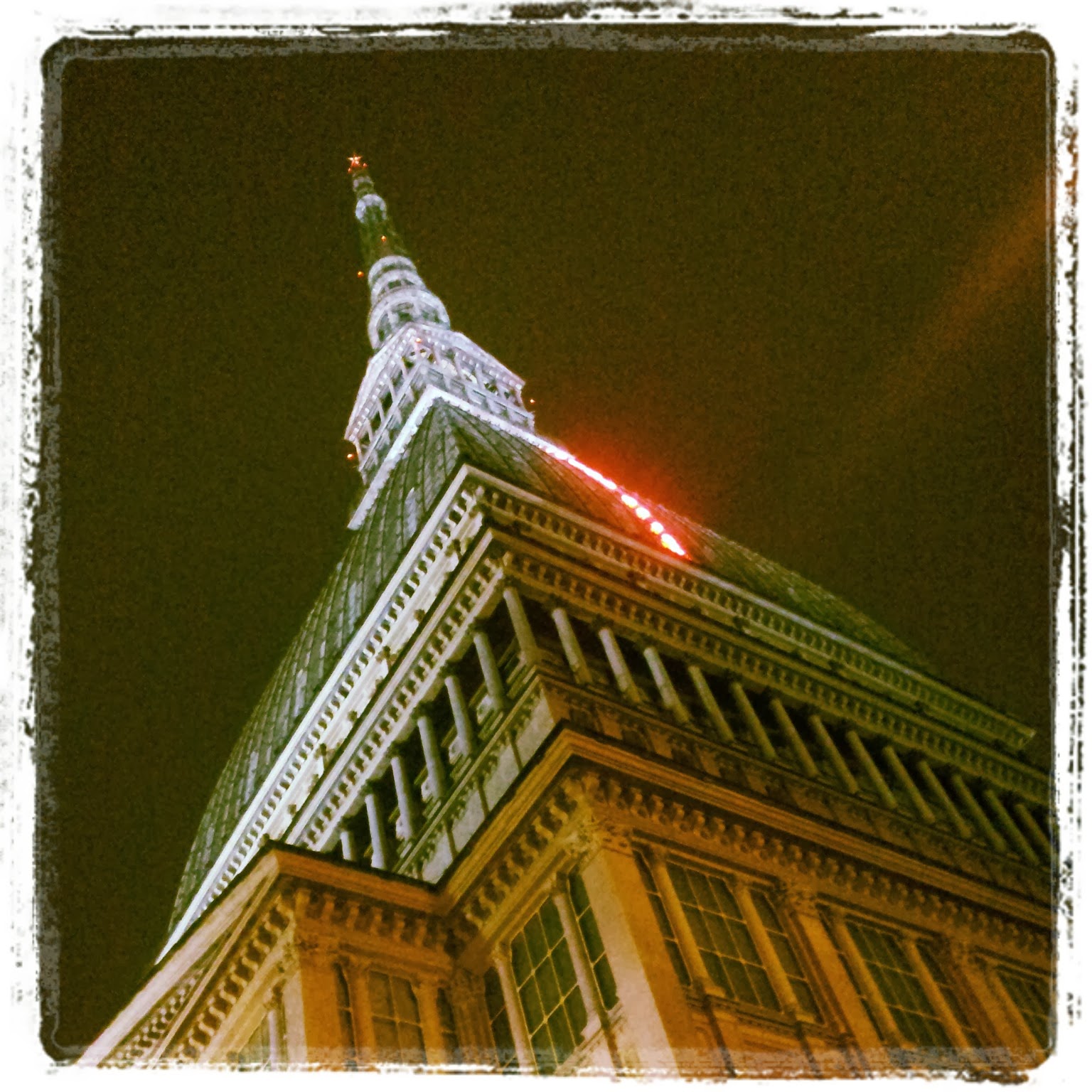 Besides the theory that states it should be a sort of aerial for gathering the flows of energies from the soil and spreading it all over the city, most of people say it actually looks like a finger that points at the sky.
Sky is a place for dreamers, so my vision of the Mole could be perhaps a mixture of these two: it can be a sort of aerial that grabs dreams from the sky and shelters them inside itself - that's why it's been chosen as a seat for the Cinema Museum... 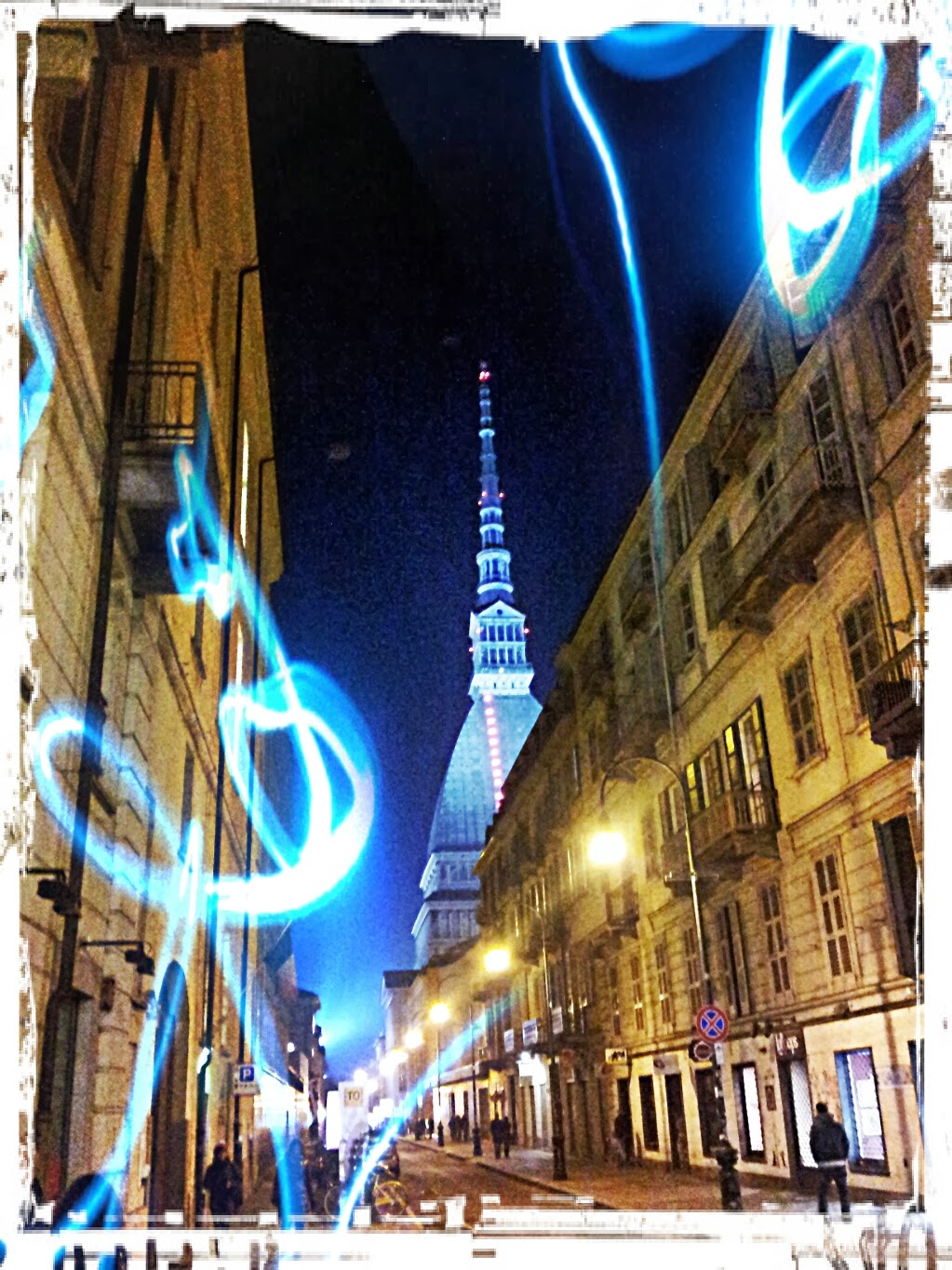 "Because cinema is the dream factory of the free world, mr Grant, its consciousness and its imagination" - Wu Ming, 54

Cinema Museum in Turin is not only a rich collection of what has made the history of cinema since its Stone Age and of all the work laying behind movies - but it also pays a big attention on *how* these information are being communicated to the public. 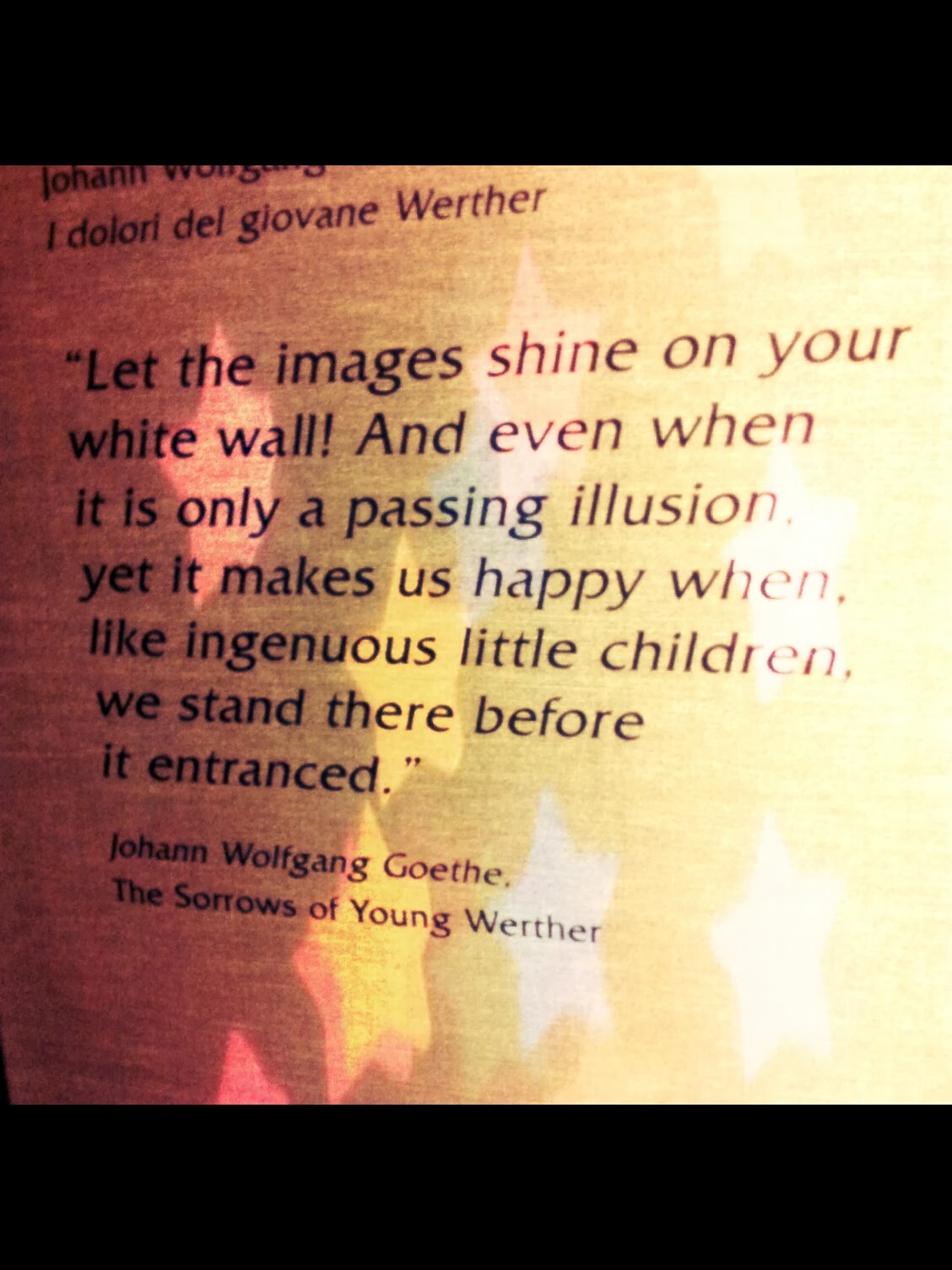 Cinema is not only about mixing words and images properly in order to tell stories, but also about atmospheres and settings that can transmit emotions and enhance the message laying behnd the story. And this museum has the goal to follow this very same dogma.
It's a metaphor of its own content: like a good movie, it doesn't only have a talented cast and an interesting story, but also a moving scenography and a powerful photography.
It catches your attention, makes you wonder and let your emotions flow...
What can you ask more from a movie made of movies?

The plot follows a logical and chronological order.
First of all it tells us how everything began, all the events and discoveries which have lead to the birth of cinema as we know it nowadays.
Every story worth to be narrated usually developes from many episodes that have become small pieces of a jigsaw puzzle, and all together give their contribution to the building, step by step, of the final story.
For the cinema, such pieces are all the scientific discoveries which are shown in the area of the Museum named Archaeology of Cinema.
Here you can see and the interact with all the inventions that have preceded and made possible the wonderful idea conceived by the Lumiére Brothers. 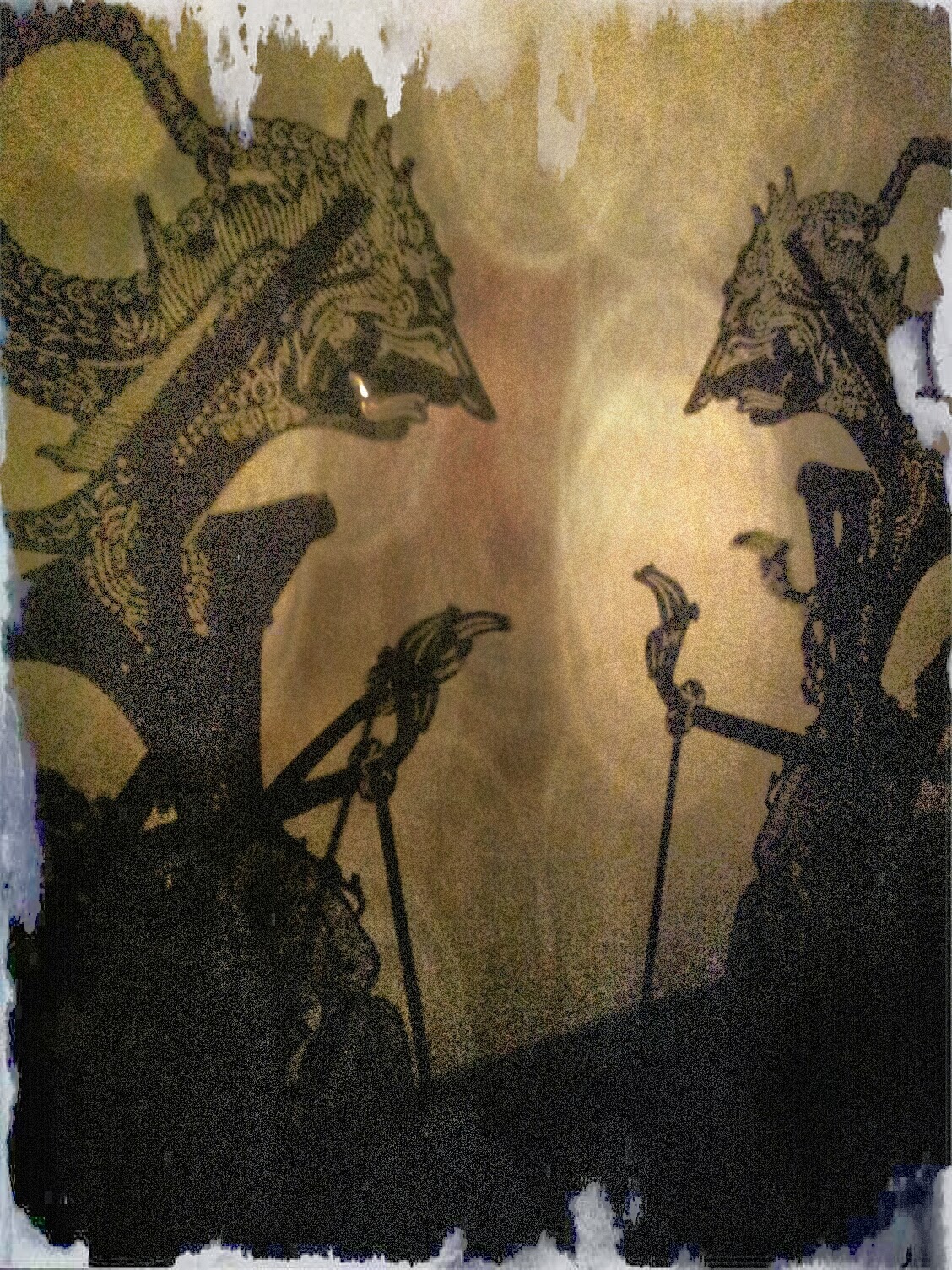 This is my fave section of the museum. Maybe because of its vintage allure; maybe because it provides a sense of anticipation of what you will be able to see next - and I've always been very keen on eves; ...and maybe also because it lets you interact a lot - and the interacting is the funniest way to discover. 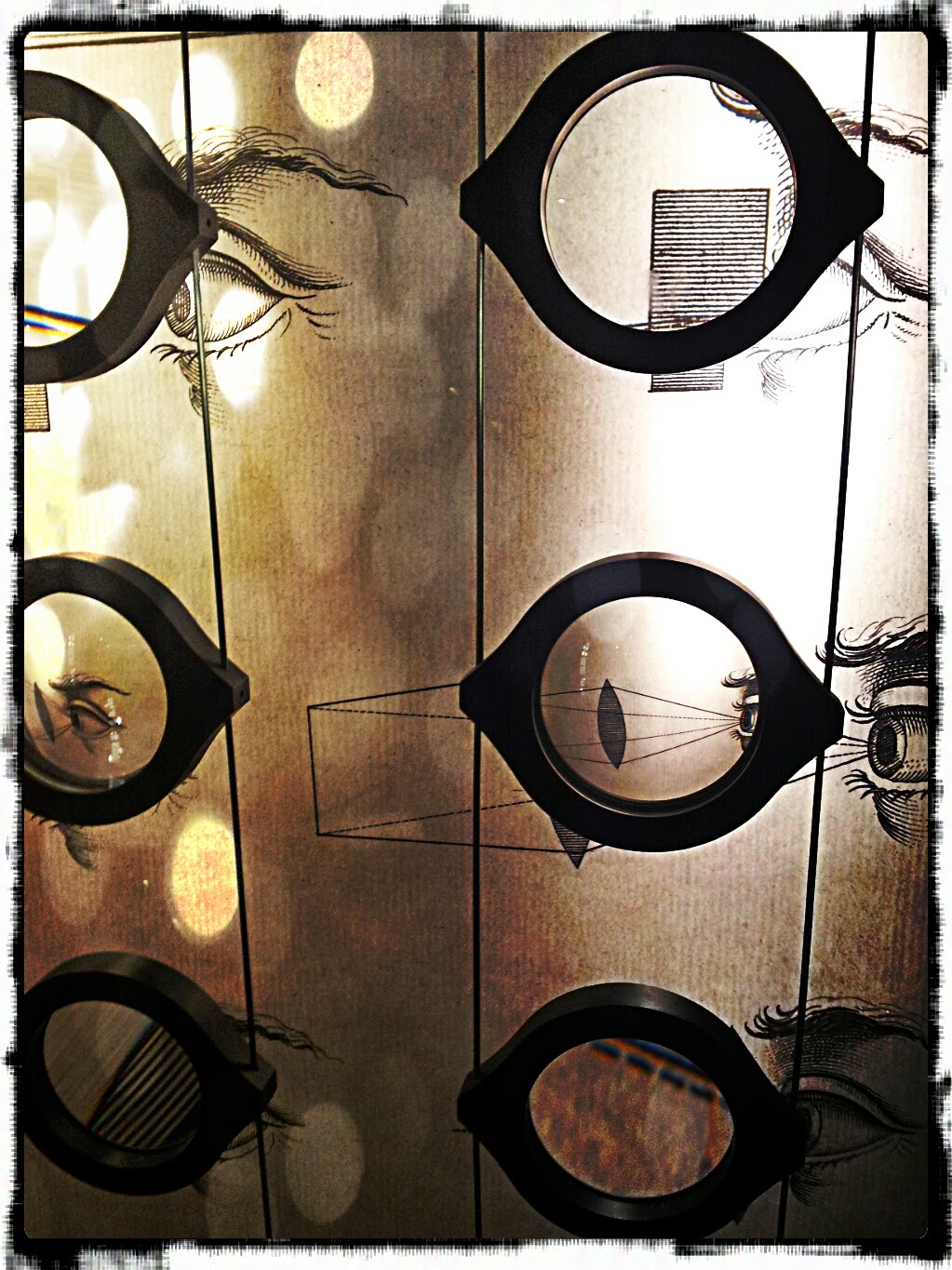 You walk around surrounded by ancient gods moving in the theater of shadows, you spin magic lanterns round, you peep into optical boxes watching old photos flowing by - even seeing some witnessing how the Mole was while under construction (without its point, just like a baby unicorn that hasn't developed its horn yet). 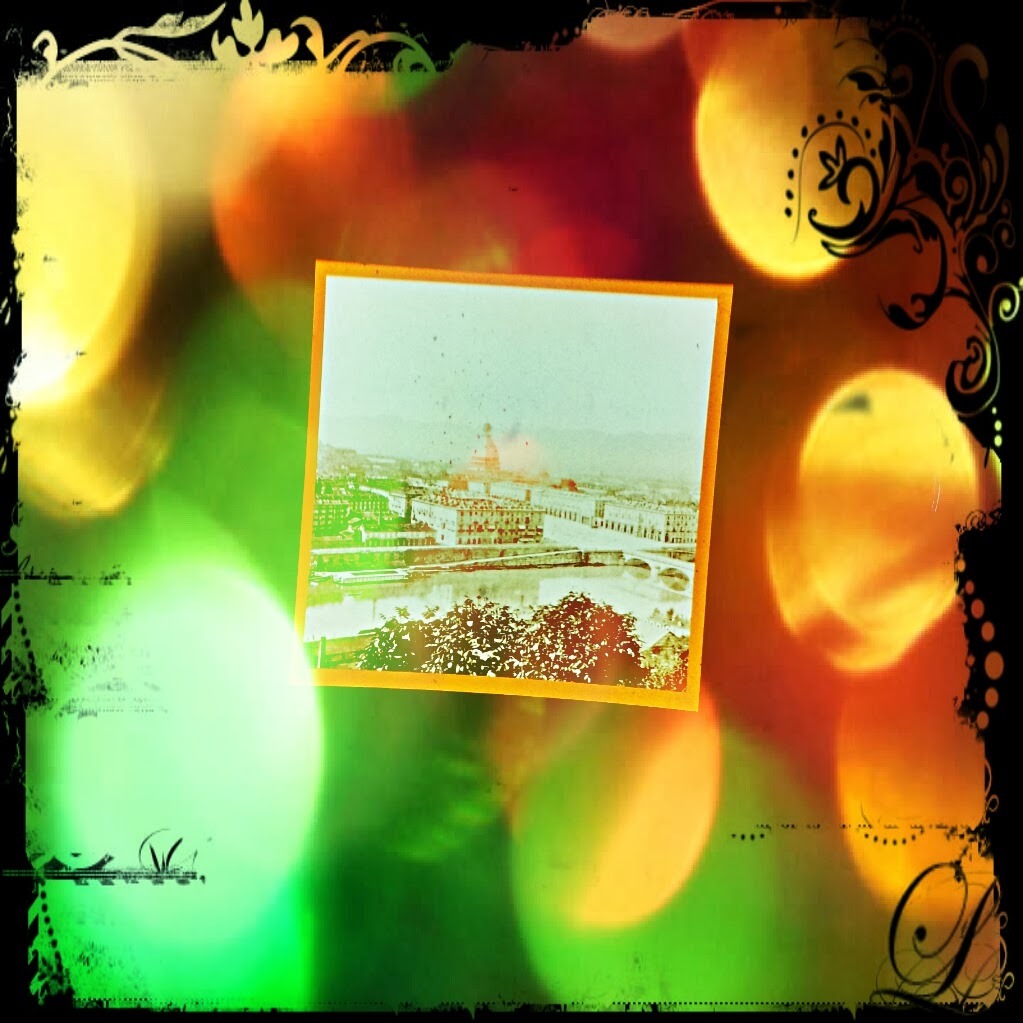 I like best the part that explains how optics works. I've always found charming the fact that our eyes, in order to reproduce the image they see, they first have to turn it upside down - as if, in order to actually gather something, you'd first have to experience its contrary. 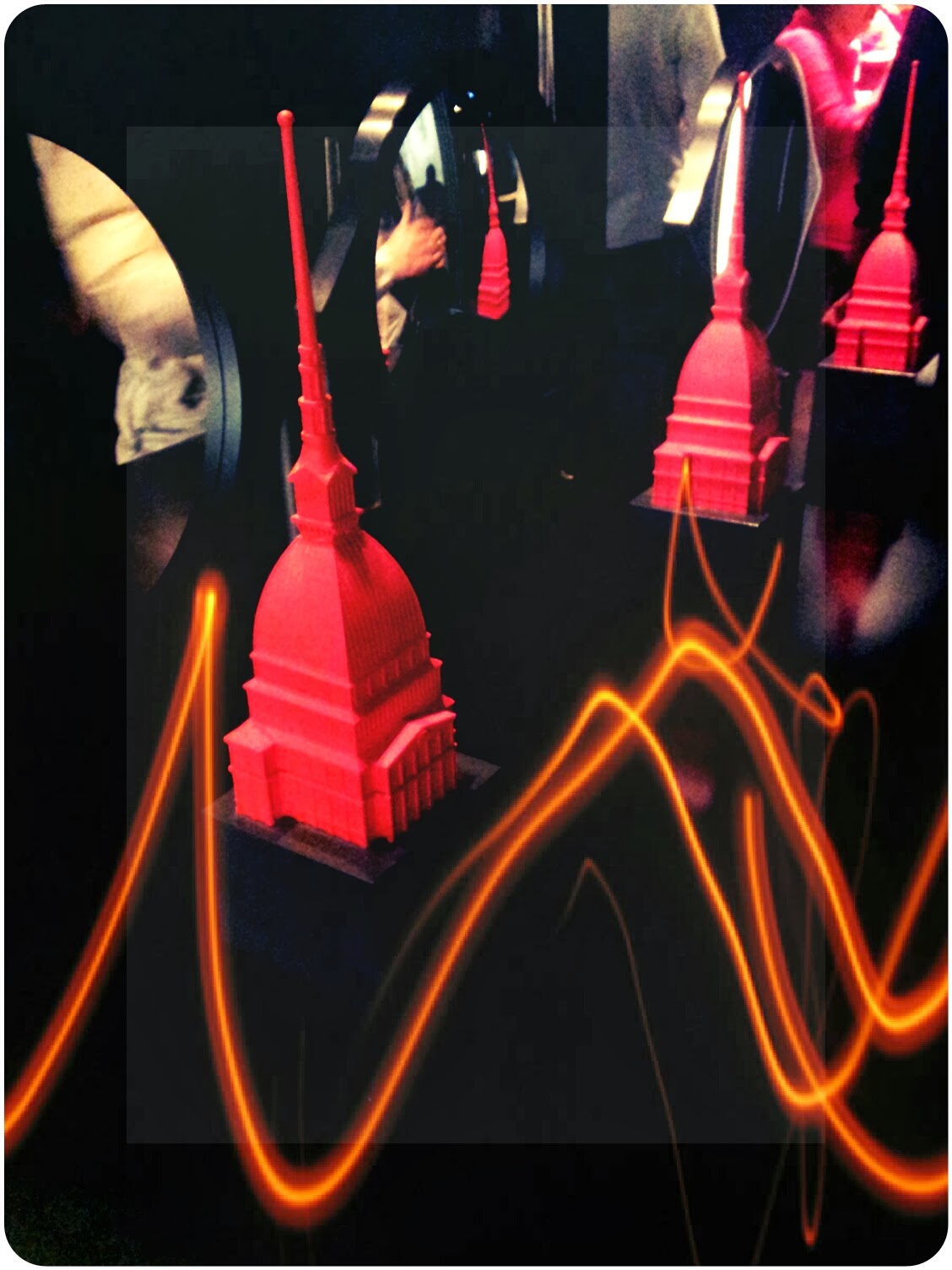 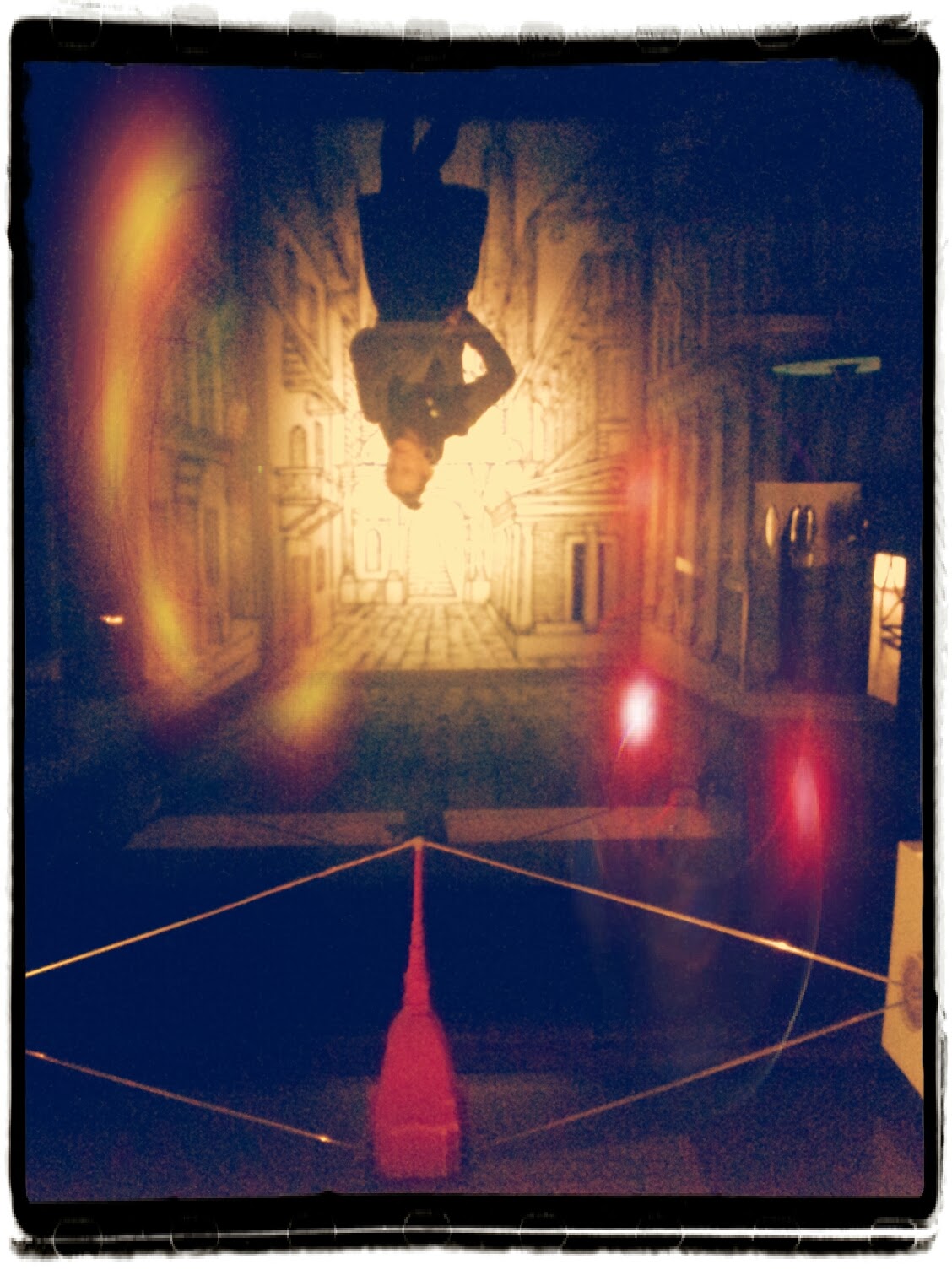 Here you can play with optics prodigies: there are mirrors that swell up and that leans; lenses that bring near and that turn away; and moreover you can see yourself being turned upside down, just like it would have happened when looking inside a camera if you would have made yourself a photo in the 19th century.
And maybe here you can wonder how you would be like if you were the contrary of yourself... 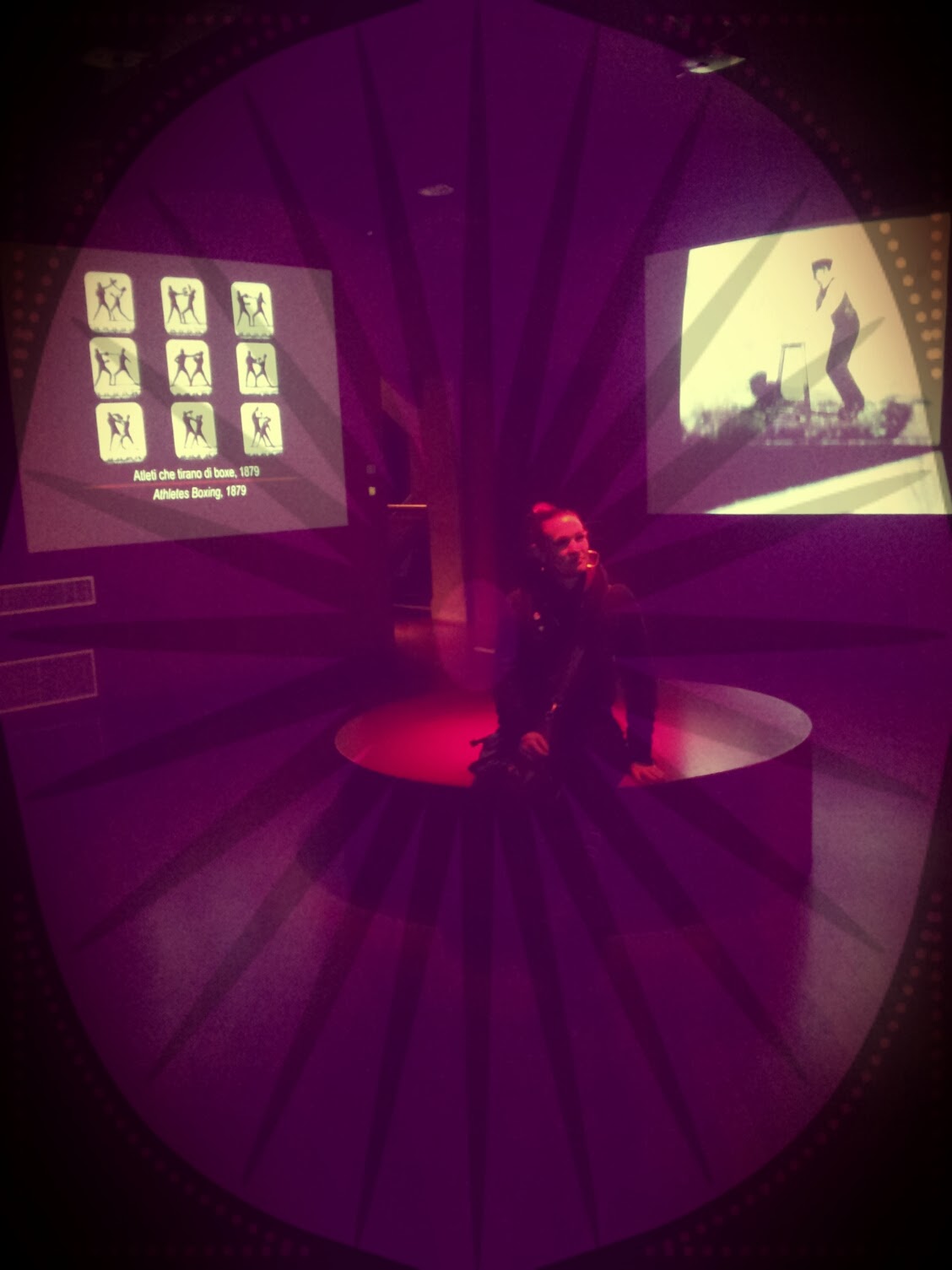 And on we go with the plot.
Now it's time to analyze the facts, and to understand what's behind the story. 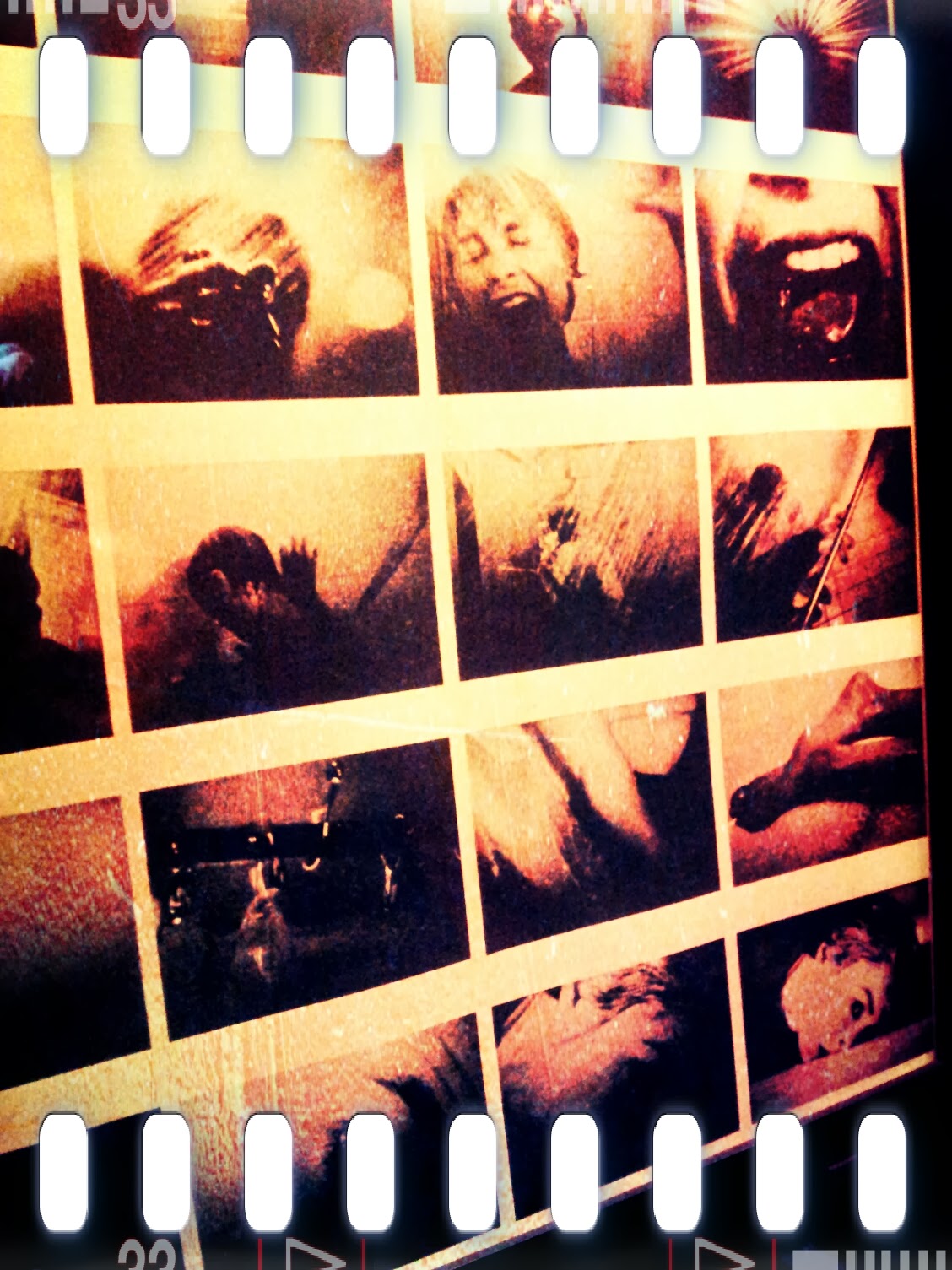 The area named Cinema Machine is dedicated to the different aspects/phases of the making of a movie. 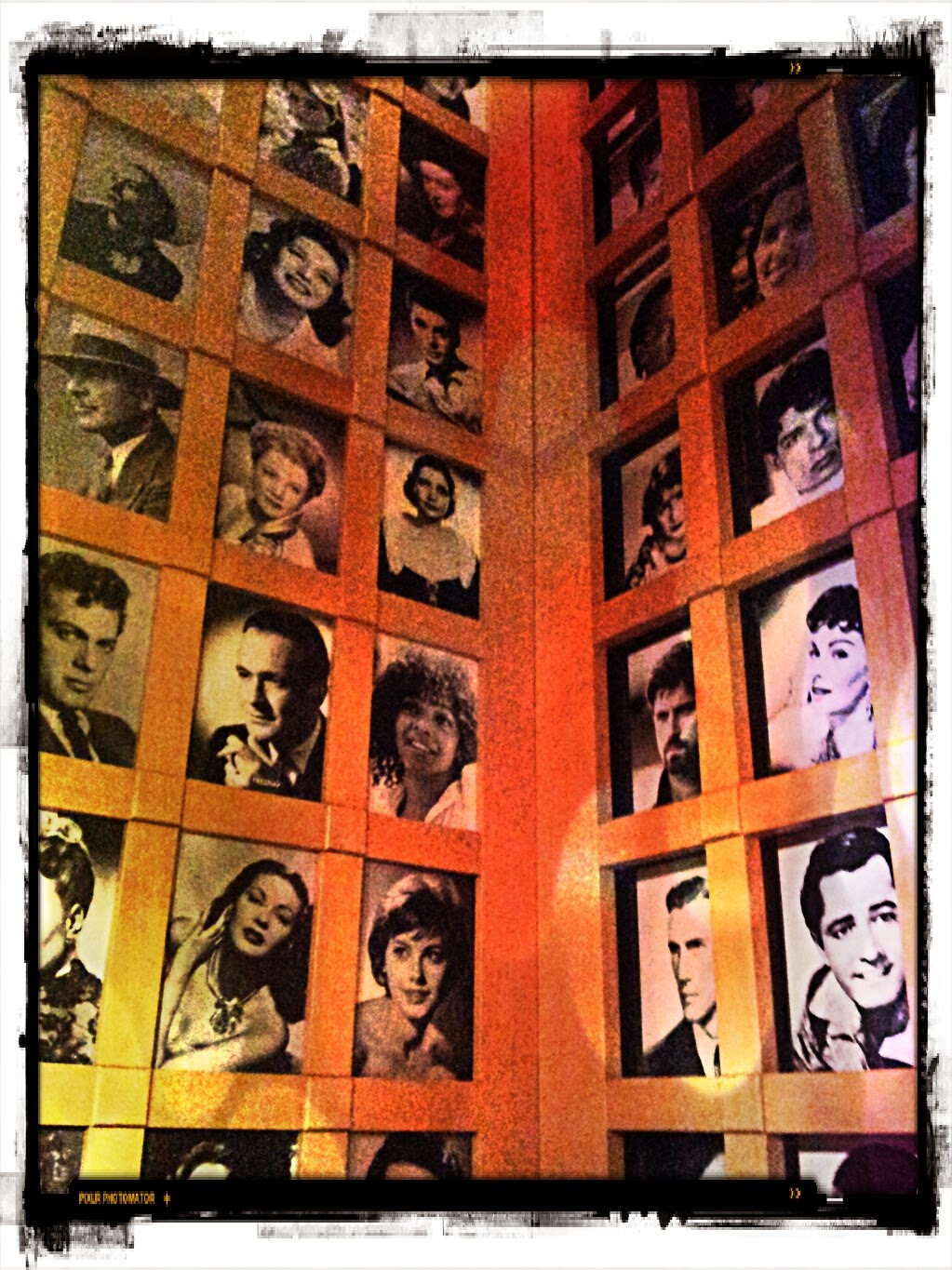 Every tile is important to compose the final mosaic; every role or moment has its own nique in the Museum, where it is explained how it works and which kind of goal it has. 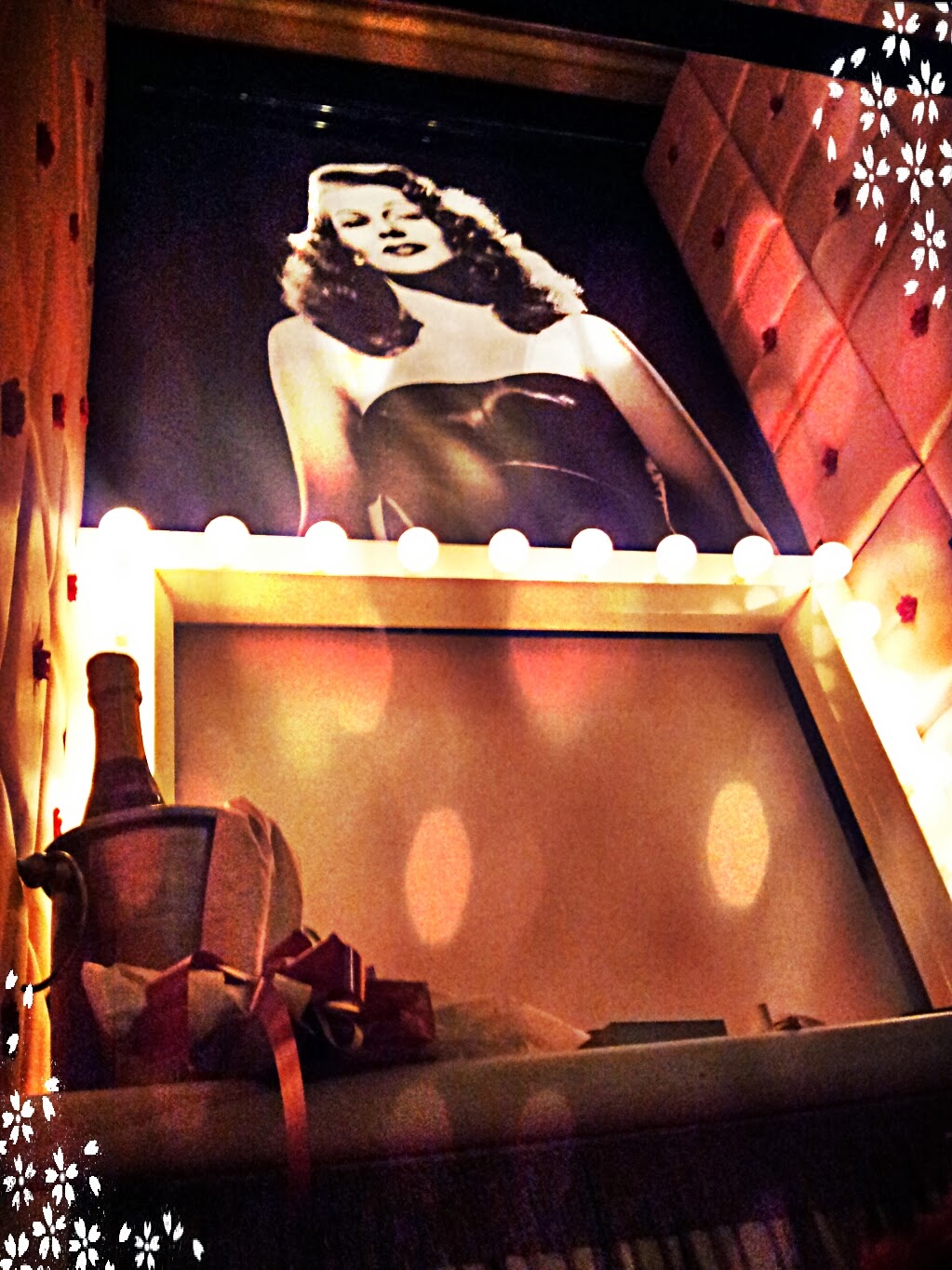 Here you can hear the director shout "Action!", you can daydream to be a diva - or, if you are like me, to be a screenplay writer. 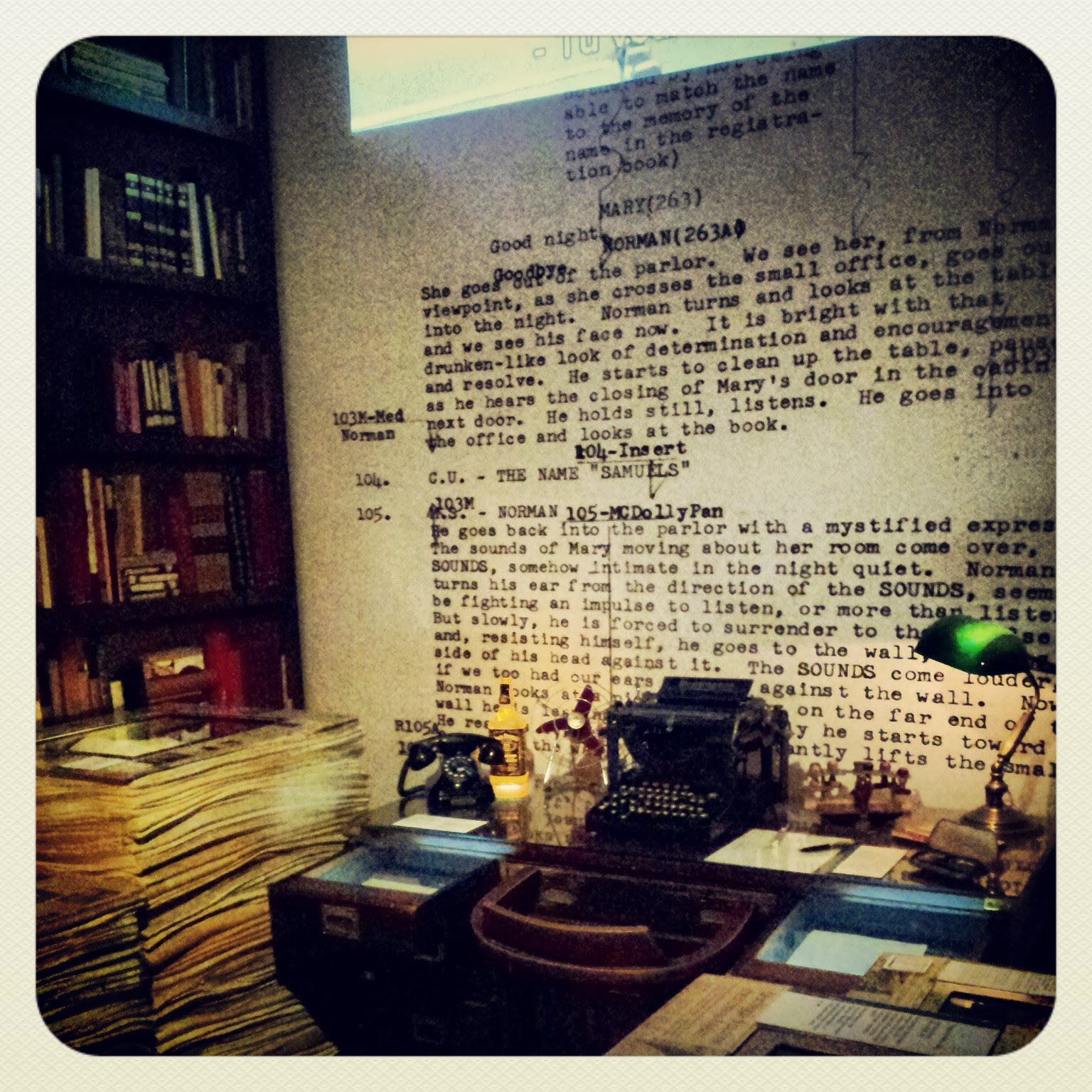 You can get to know the charachters that have had a main role in this plot that represents the history of cinema... 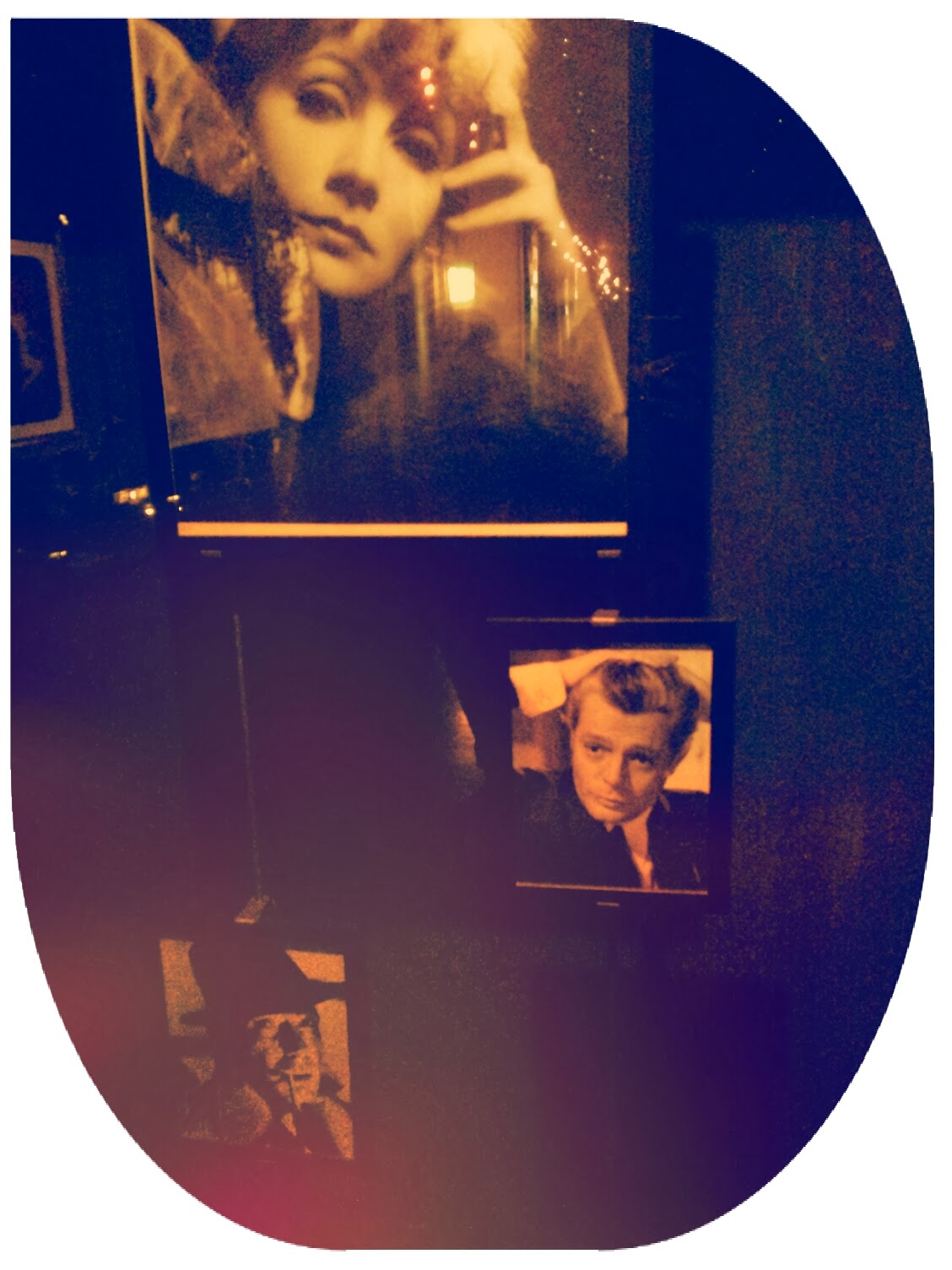 And you can realize that beautiful Marilyn Monroe did have small feet but big boobs! 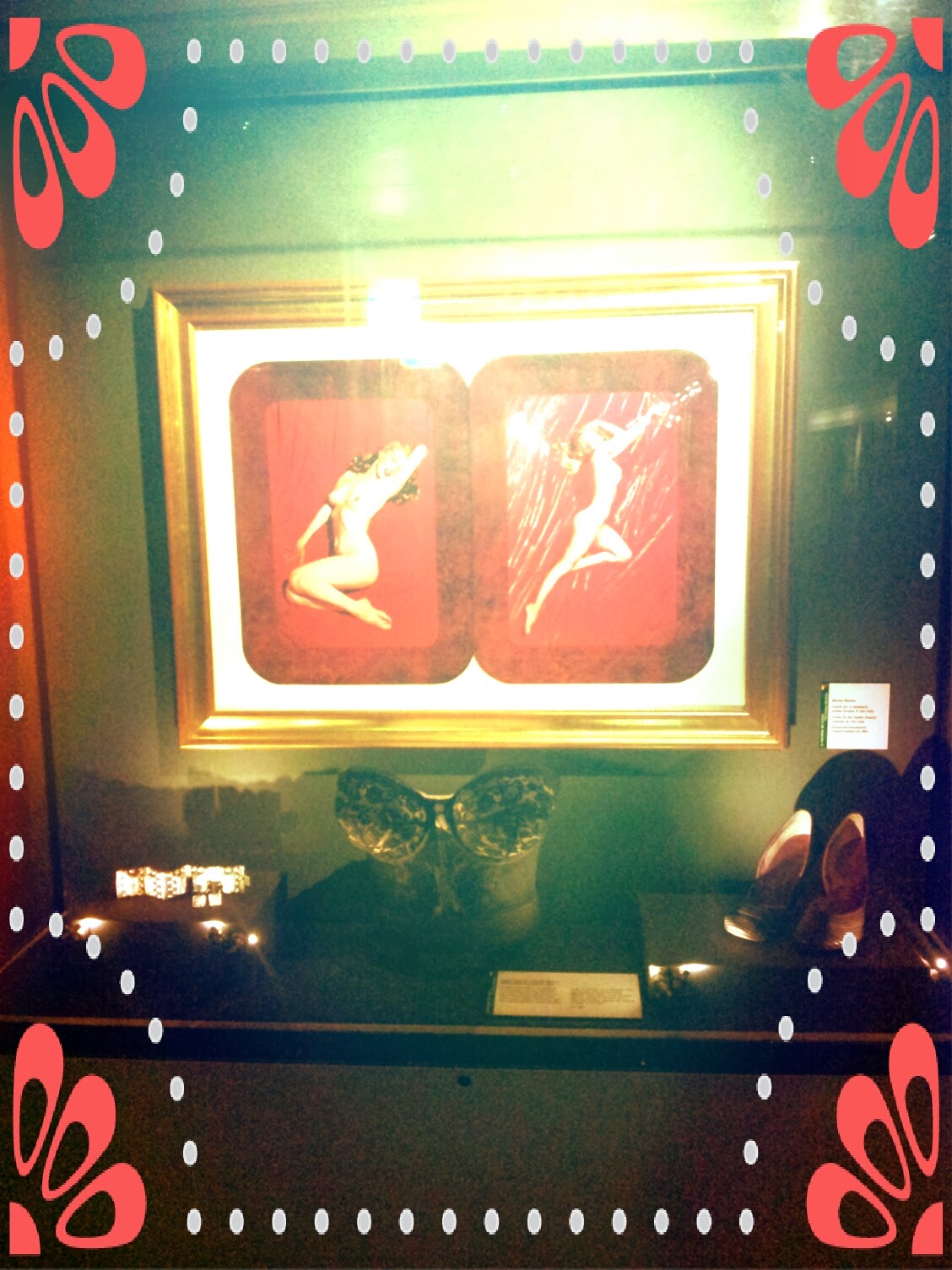 Then, finally, the plot reaches its climax.
Here we are, in the heart of the story, in the moment when dreams come most vivid. 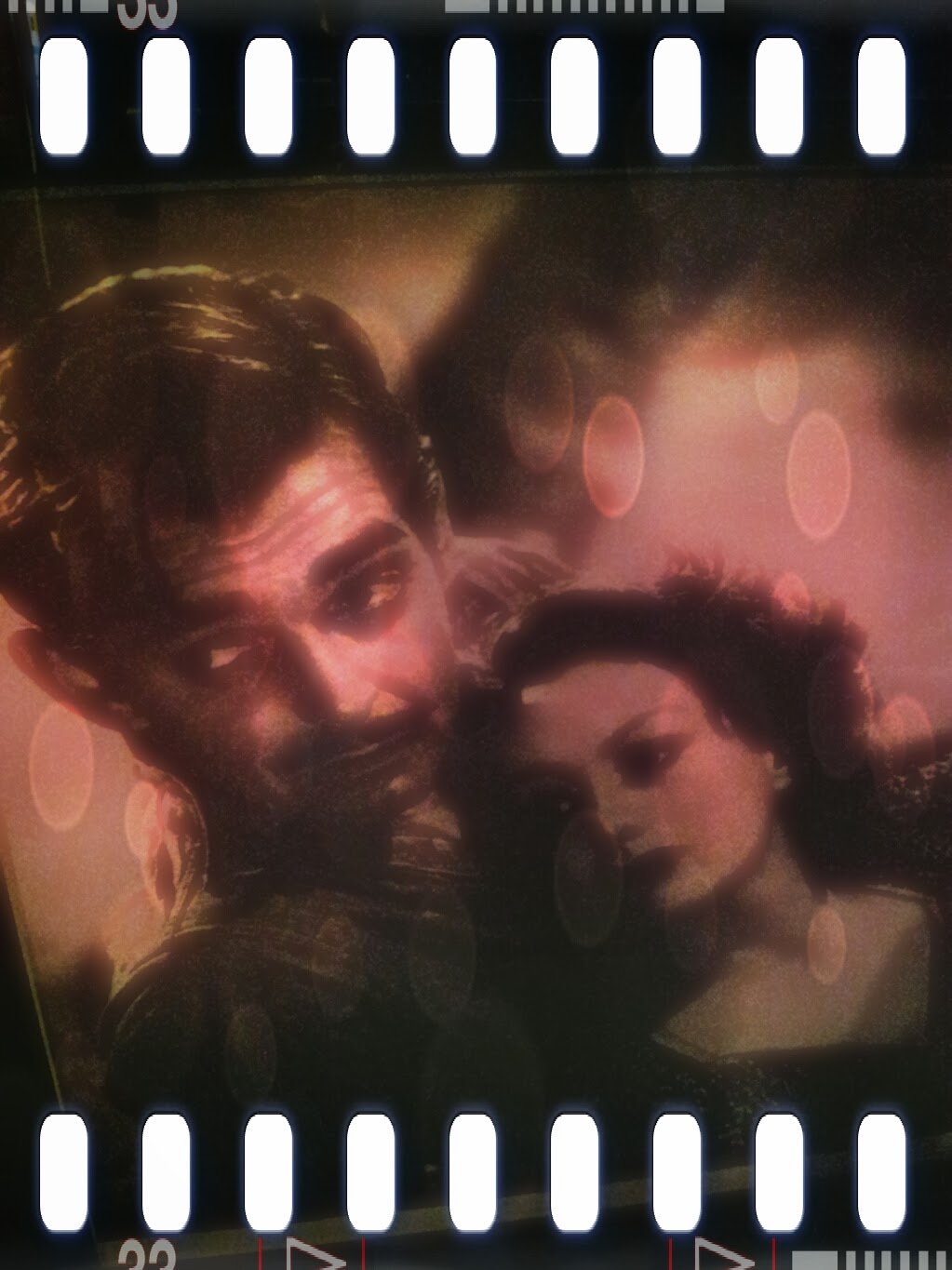 The heart of the Mole Antonelliana and of the Museum, is the so called Temple Hall, which is dedicated to the most important cinematographic genres/themes. In the animation area there are tiny screens with yellow feathered wings, stuck in a bird cage just like Tweety - and a hole in the door with the shape of Will E. Coyote. 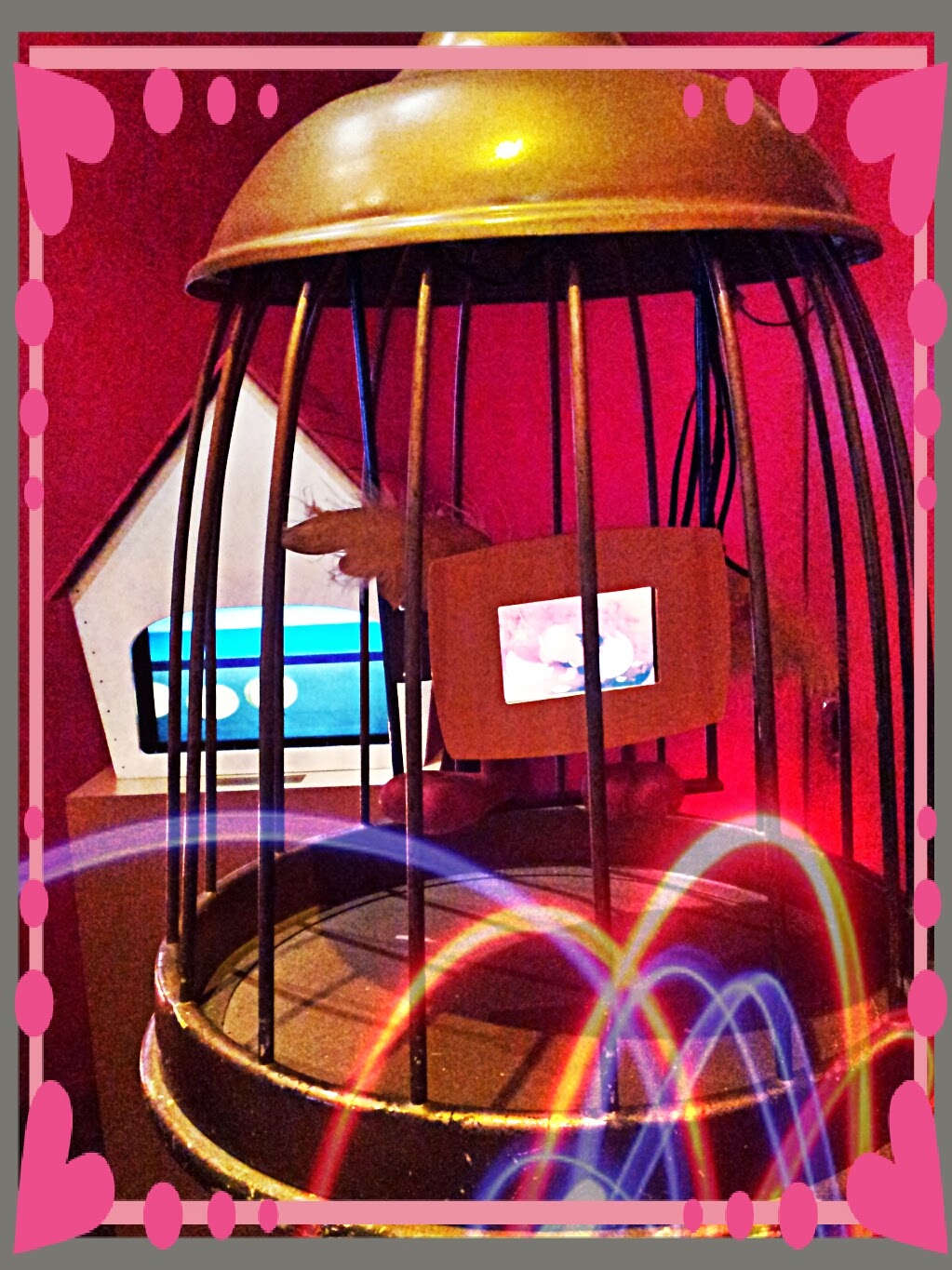 Then you step into a giant fridge thunking about Bunuel; you get to meet Star Wars' good & evil parts; you stumble upon a crazy scientist's laboratory; and you daydream about passion and melodrama on a round red velvet bed facing a clock which always tells it's midnight - the time when dreams come true and your Prince Charming grabs your lost shoe in order to find you even in the middle of aground pumpkins and disappointed mice. 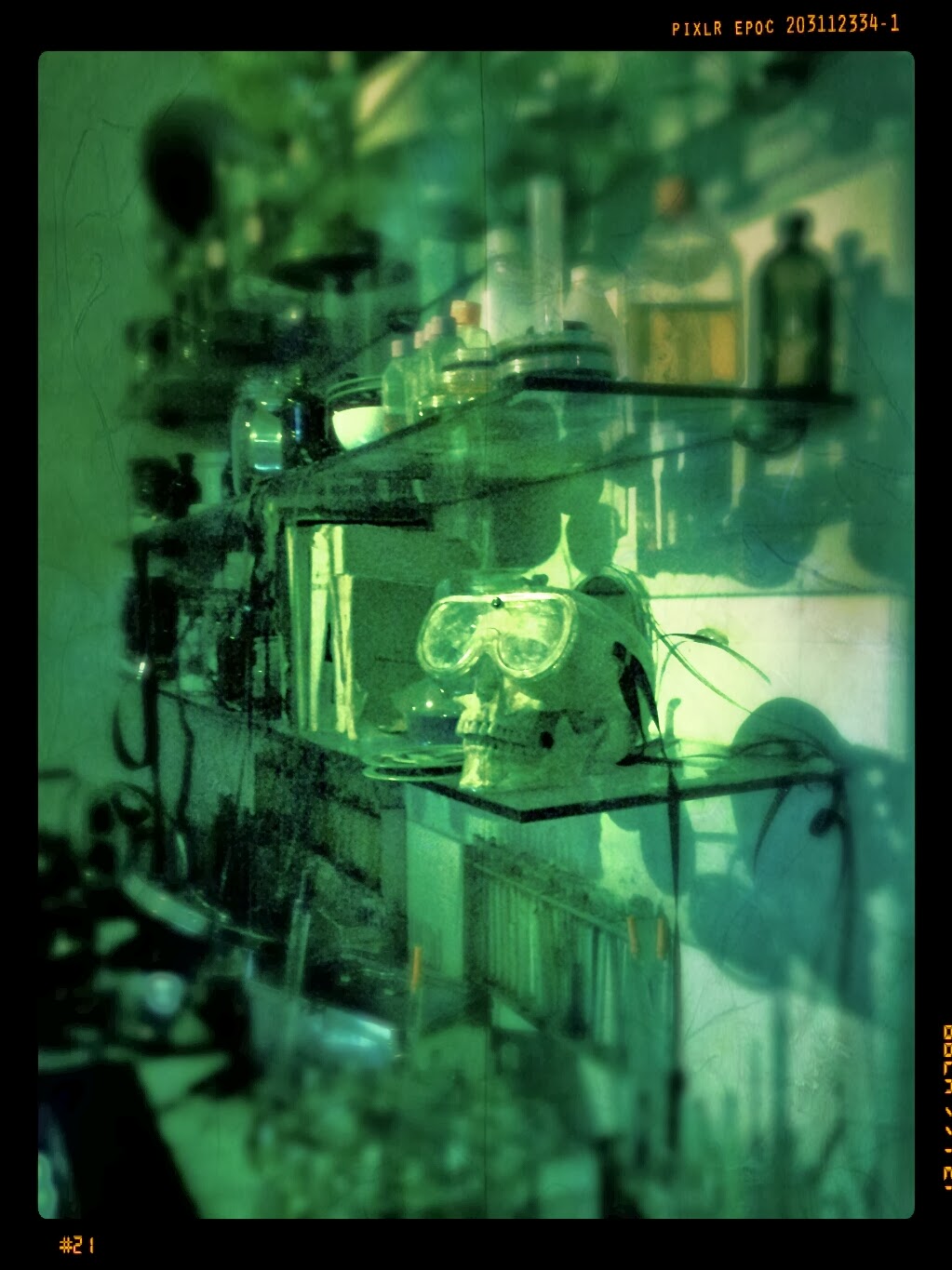 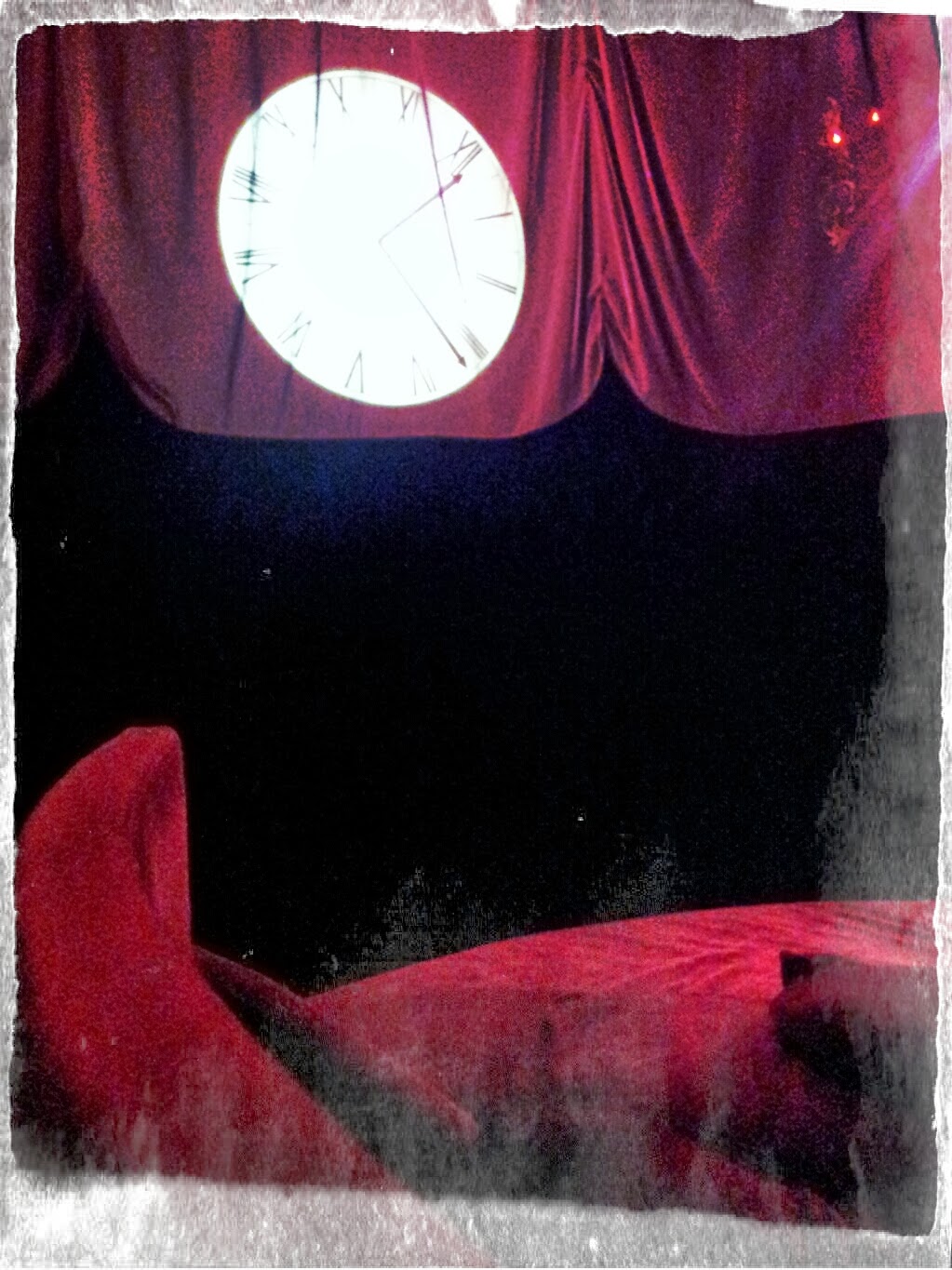 Just turn the corner, and the huge, bloodthirsty Assyrian god waiting for you with its jaws wide-open is going to tell you why this Museum has been set here. 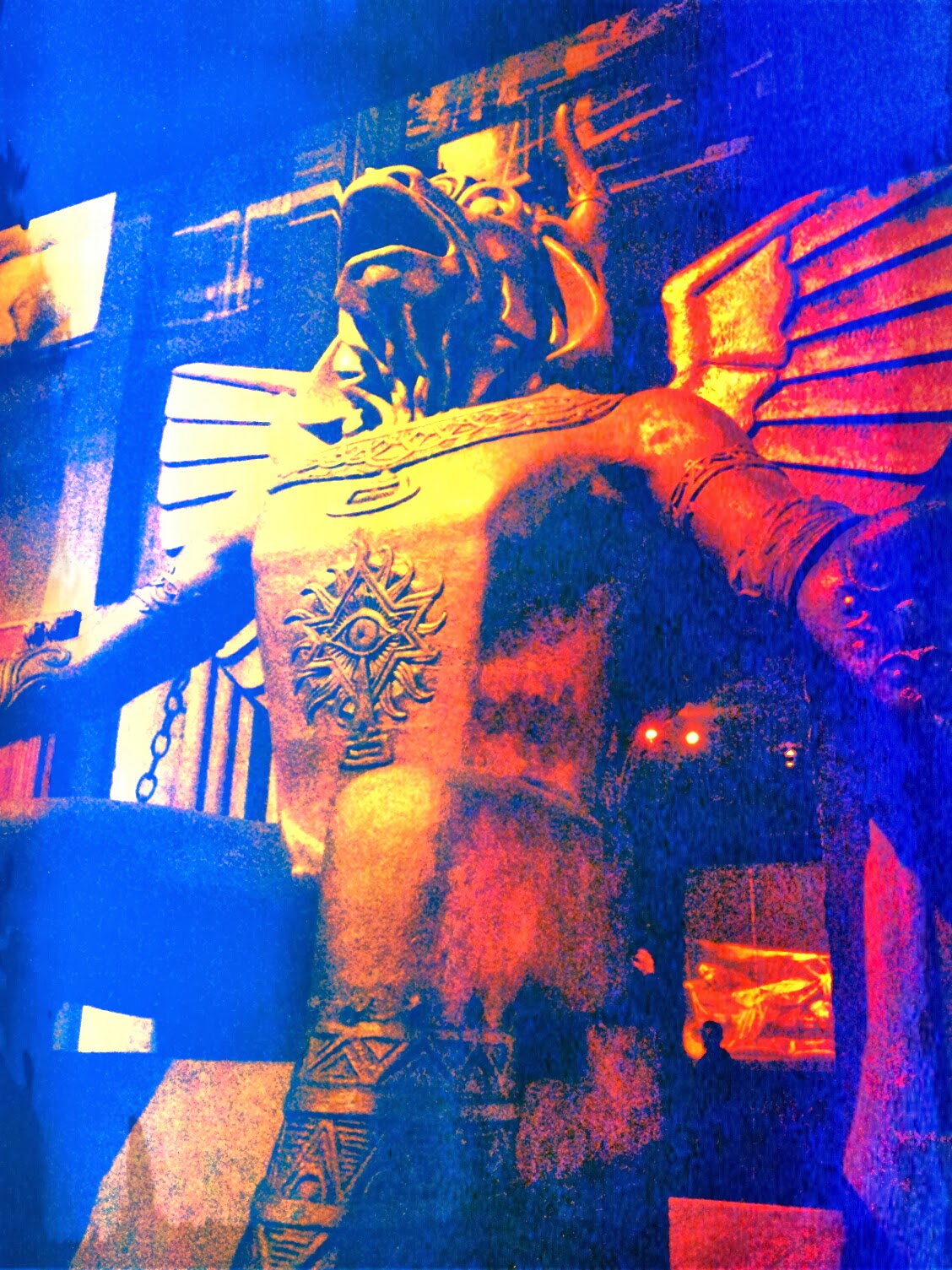 He is Moloch and he stars in Cabiria, a long masterpiece of Italian silent movies, which starred Gabriele D'Annunzio as a screenplay writer and that was shot here.
If you think about Italian cinema you might immediately associate it to Cinecittà in Rome - but not many remind that it's actually born here. 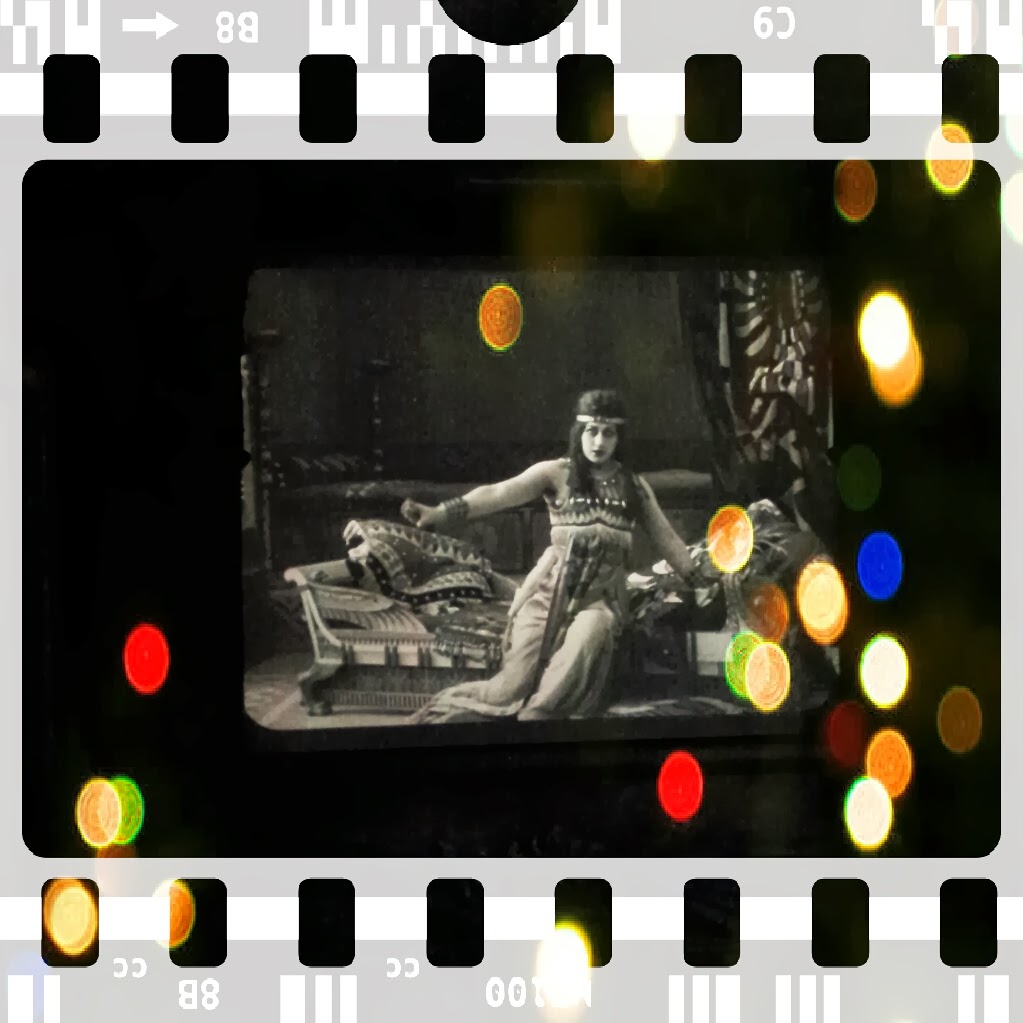 Remember what I had told you a few days ago? Many important things start here - but then they have to move somewhere else in order to grow and develope...
It's time to relax on your chaise-longue and watch the show. 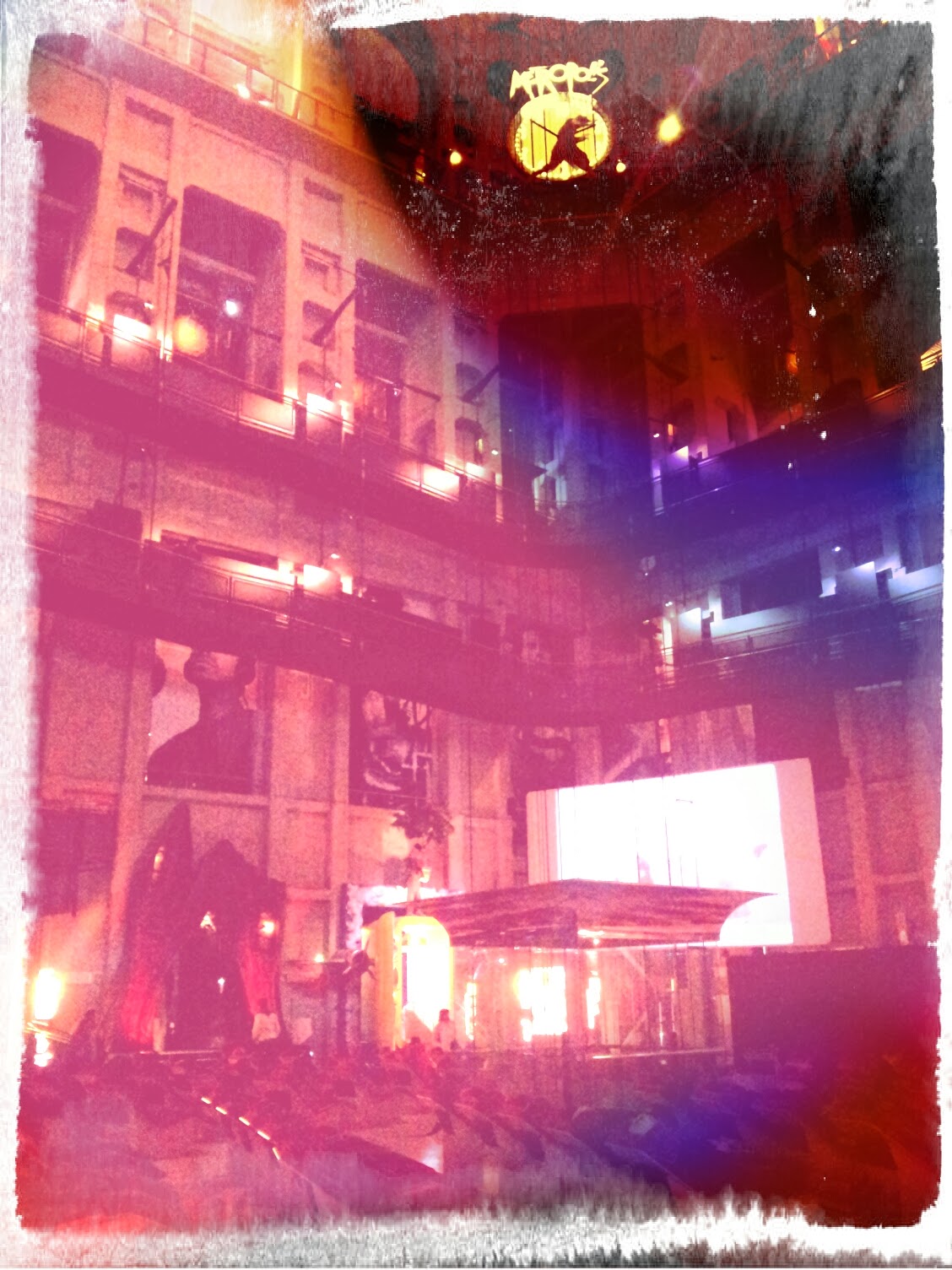 So now the film has reached its end, credits are sliding on the screen...
But please, wait, don't go away.
There is still one more thing.
If you want to chase your dreams, you need to go up, you need to get closer to the sky.
Just add 3 euros more to your ticket, and, if you don't suffer from vertigo, queue for the elevator.
It's a completely transparent box, that runs up in the middle of the Museum in just 59''. 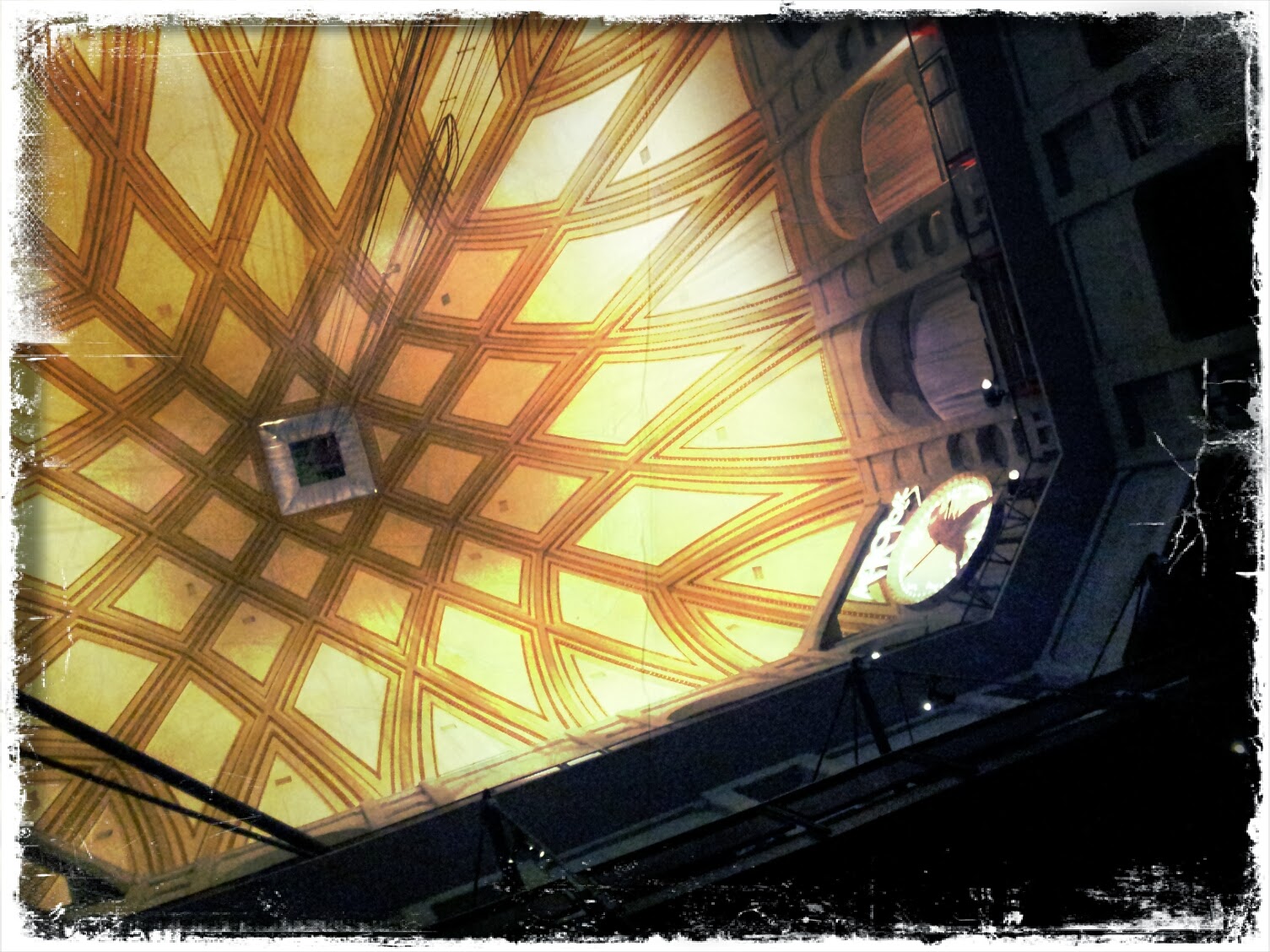 It's like flying inside a bubble, and while you get higher and higher inside the secrets of this box full of dreams, you will find yourself at 85 mt heigth before you even realize, contemplating Turin from above, surrounded by its crown of Alps and with who knows how many dreams laying in the air, yet to become real and therefore still full of hopes. 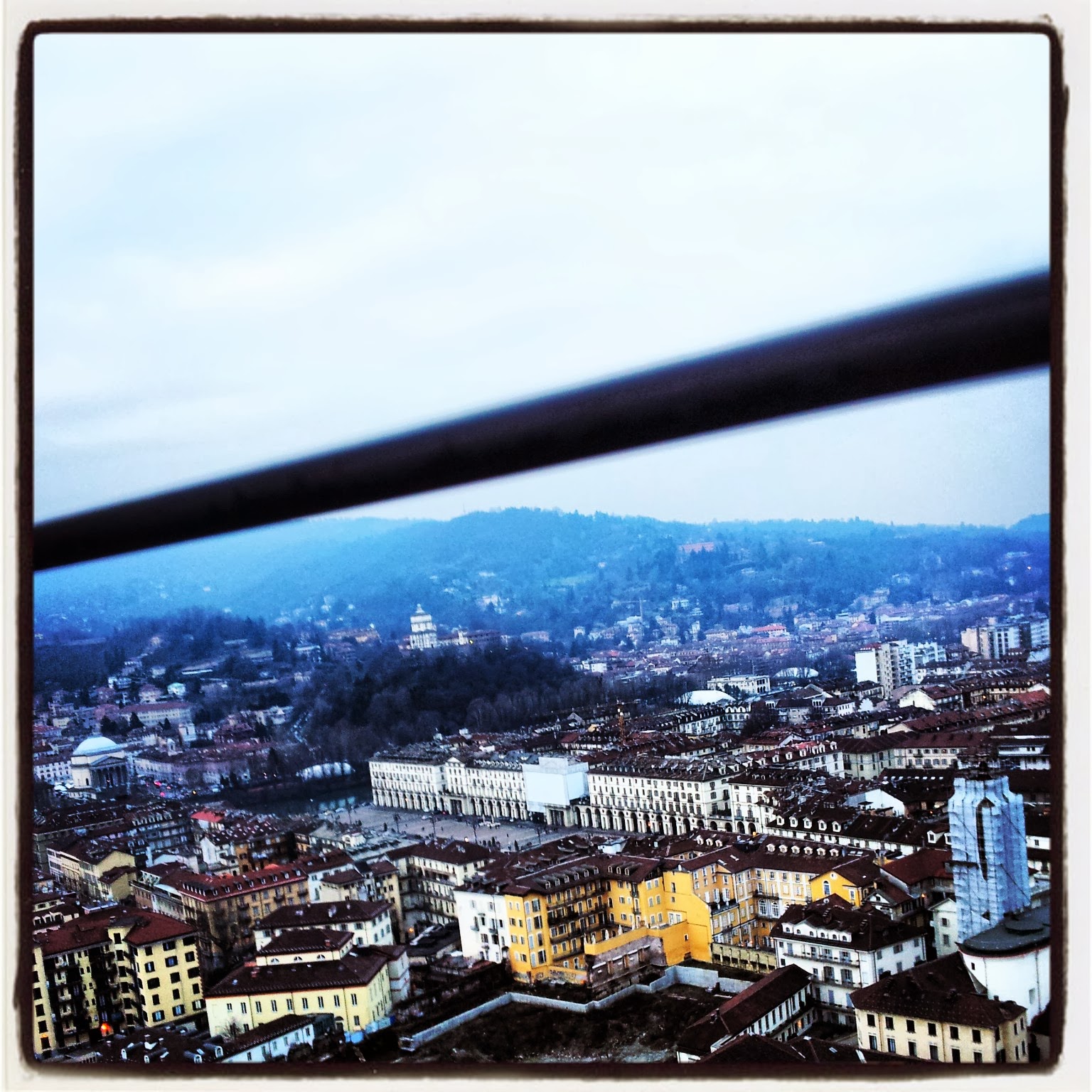 So just open your heart, and add yours as well...