Salem is a pretty and cosy city.
It has beautiful Georgian wooden houses, pebbled alleys and a fané allure that makes it feel as it's been preserved since the Pilgrims times.
So it could be actually a quite well known touristic spot even just for this, for being almost a sort of open-air museum of the American colonies of the 17th century, but without any kind of stiff or fake impression.
And it could have belonged anyway to history for its sea commerce with the Far East.
There are still plenty of evidences around about this: the vessel Friendship moored at the harbour, for example, or the Peabody Essex Museum that hosts art works, crafts and peculiar stuff collected by the local traders during their voyages in those lands.


Or it could be famous just for having given birth to the writer Nathaniel Hawthorne, and attract people just to witness that the House of the Seven Gables described in one of his novels actually exists, and that it reflects indeed the gloomy puritan atmosphere by which the society of those times was haunted...
But the real reason for which it is world-wide famous, for which Stephen King has decided to dedicate to it one of his most famous novels, for which quite some movies and TV series have been set here - and for which, I admit, Tabby Cat & me had decided to inclued it as a "must" visit during our last summer's trip along the East Coast, is quite another.

I am a black cat, and in the popular culture I'm pretty much stereotypically associated with them, the wtiches.
Well, actually people usually say that black cats are the cats of  the witches - but frankly I don't like this definition very much, because it implies possession, and you should know that us cats never really belong to anyone, not even a witch.
But witches are normally aware of this - and this one of the reasons why I'm actually proud of being associated to them.
If you want to follow me in this reading, I'm going to explain you the other reasons as well.
As for now, the point is I just couldn't miss visiting this place.

America is a country which has embedded in its culture the talent for selling things, and, when it comes to places worth visit, such talent gets declined into transforming them into popular touristic attractions. 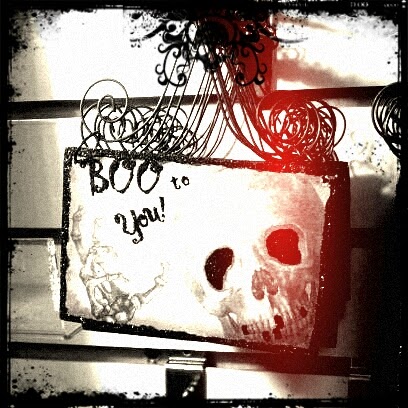 Witchcraft in contemporary Salem shows a good part of its kitschy side, with lots of fortune-tellers parlours, witch-related toys & souvenirs, plastic skeletons and other stuff that dominate the main street's shops' panorama. 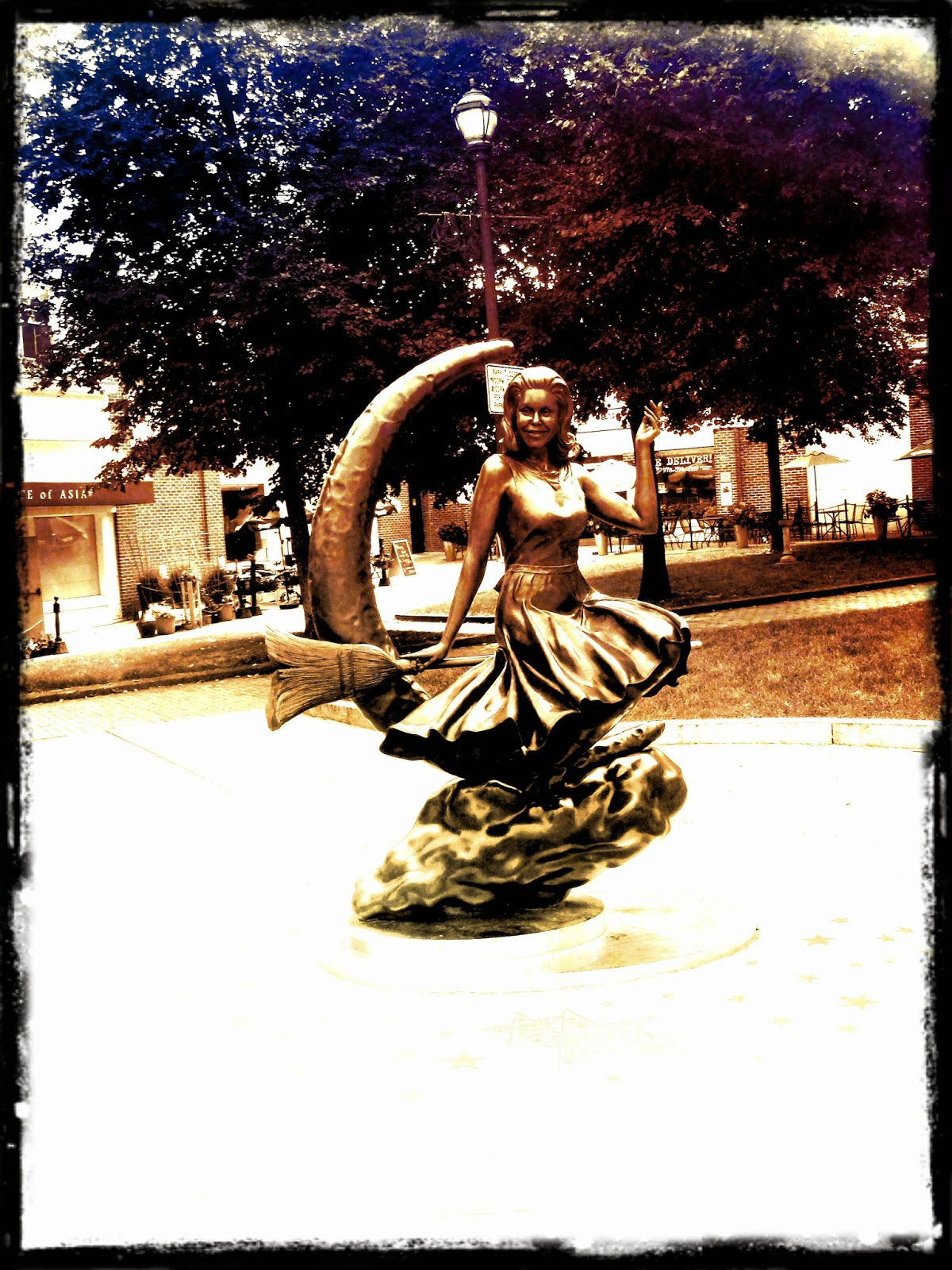 Luckily, by hanging around its alleys, it's quite easy to find some more vivid corners that are able to show you the more authentic side of Salem's soul:


An amazing bookstore with a lovely decadent allure, tons of leaning stacks of books stuffed in every corner and an appeal that can make go nuts every bookworm like us (Derby Square Bookstore). 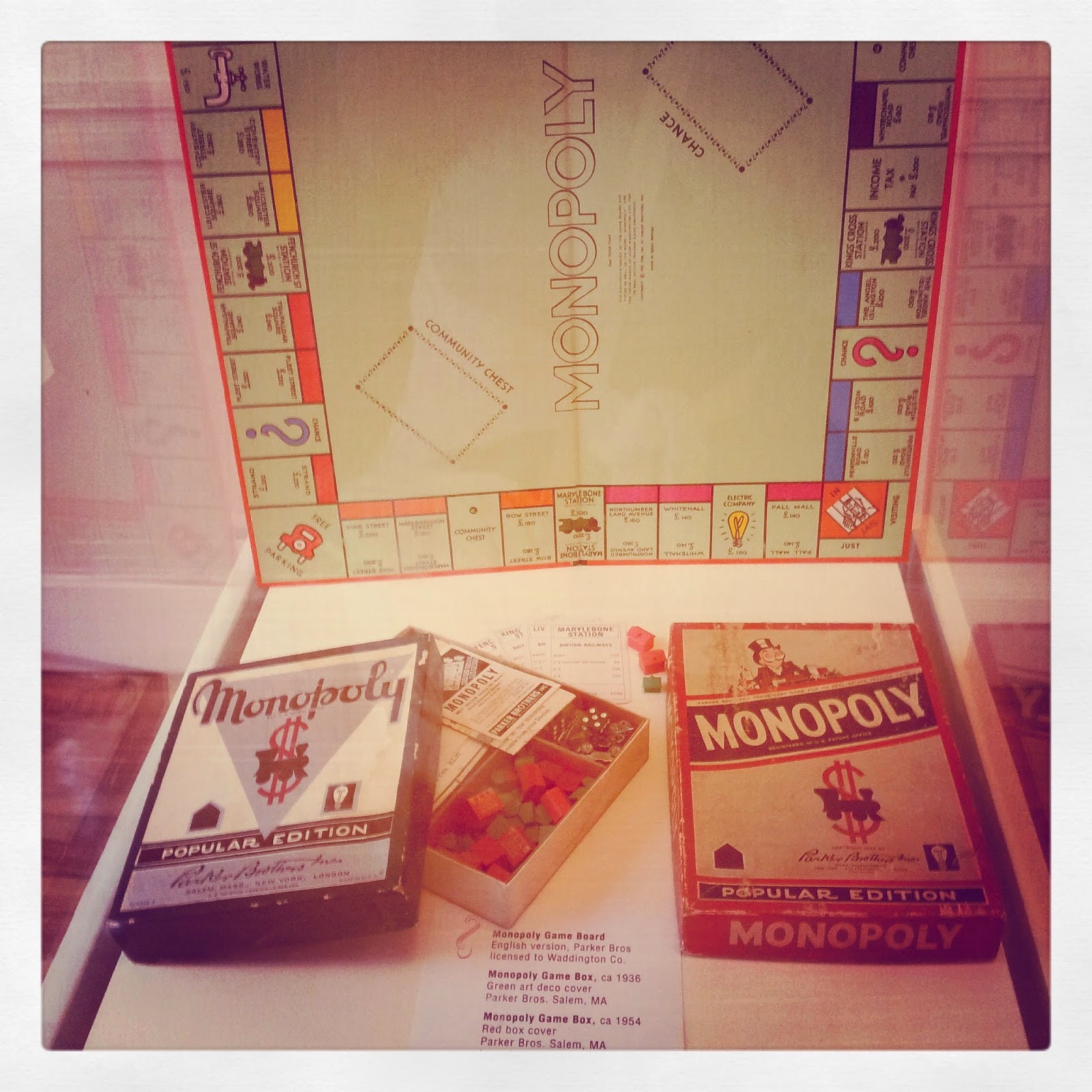 The Old Town Hall, which, at the moment of our visit, was hosting an exhibition about Monopoly game. And just outside it there was a cosy little organic market of fresh products. 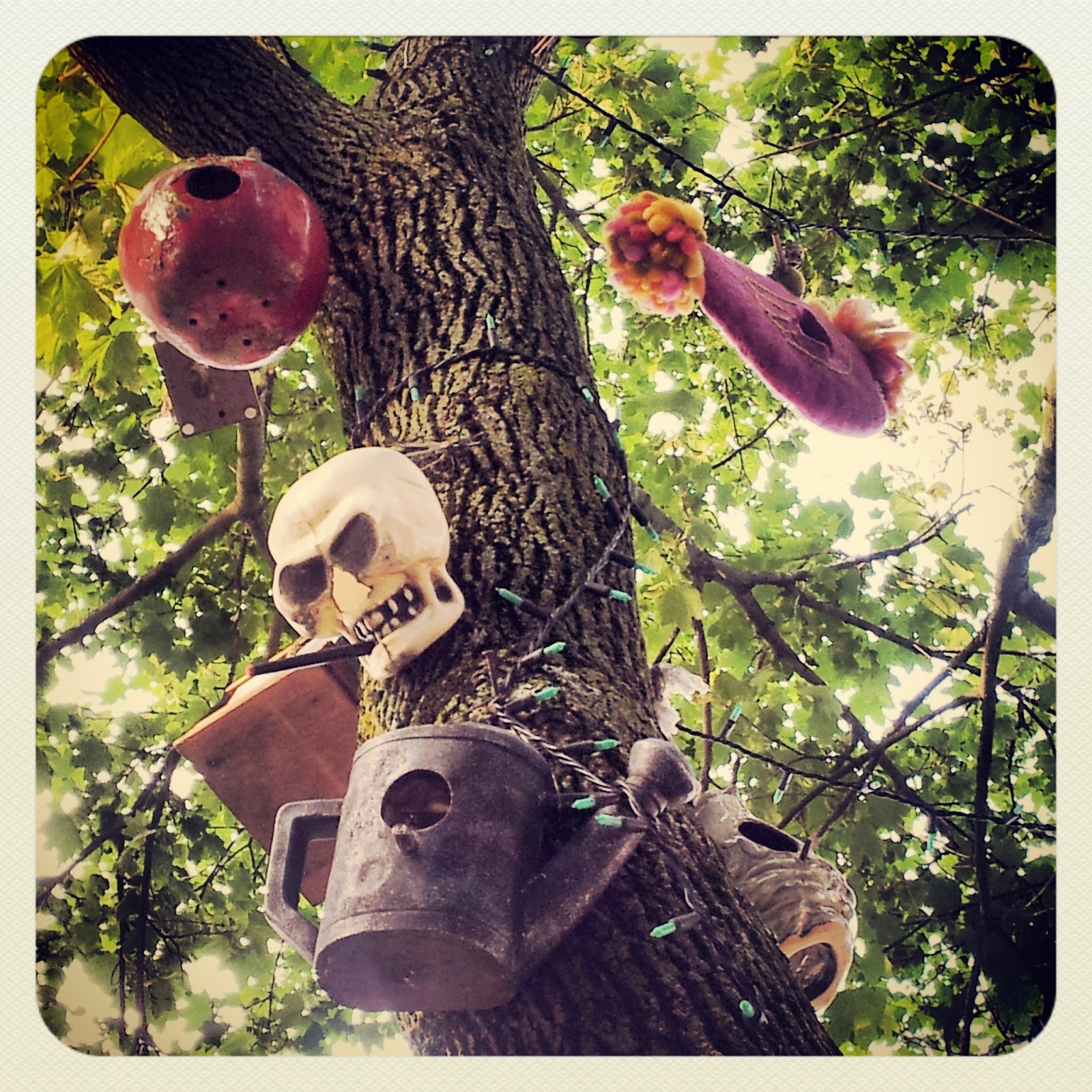 About which - now the topic gets controversial.
Sure, Salem is beknown as the witch city, it gets all its tourism from this and nowadays that witches, magic & stuff are considered somehow "cool" it really gets funny and enjoyable walking around surrounded by witches hats and fake love potions. At least, I personally am charmed by this sort of stuff and I have enjoyed it.
So this is absolutely ok.
But we shall not forget that this fame is actually originated by a very tragic episode of collective madness, that brought to death 20 people.
What happened here in 1692 can be nowadays explained scientifically with the name of collective hysteria: the symptoms shown by the girls who were supposed to be possessed by Satan can refer to the ergotism caused by a fungus present in the grain or to some sleep's disturbs, and these represented the spark of a fire which has been fed by bigotry and religious fanatism, and turned on by the closure of a small and secluded environment. 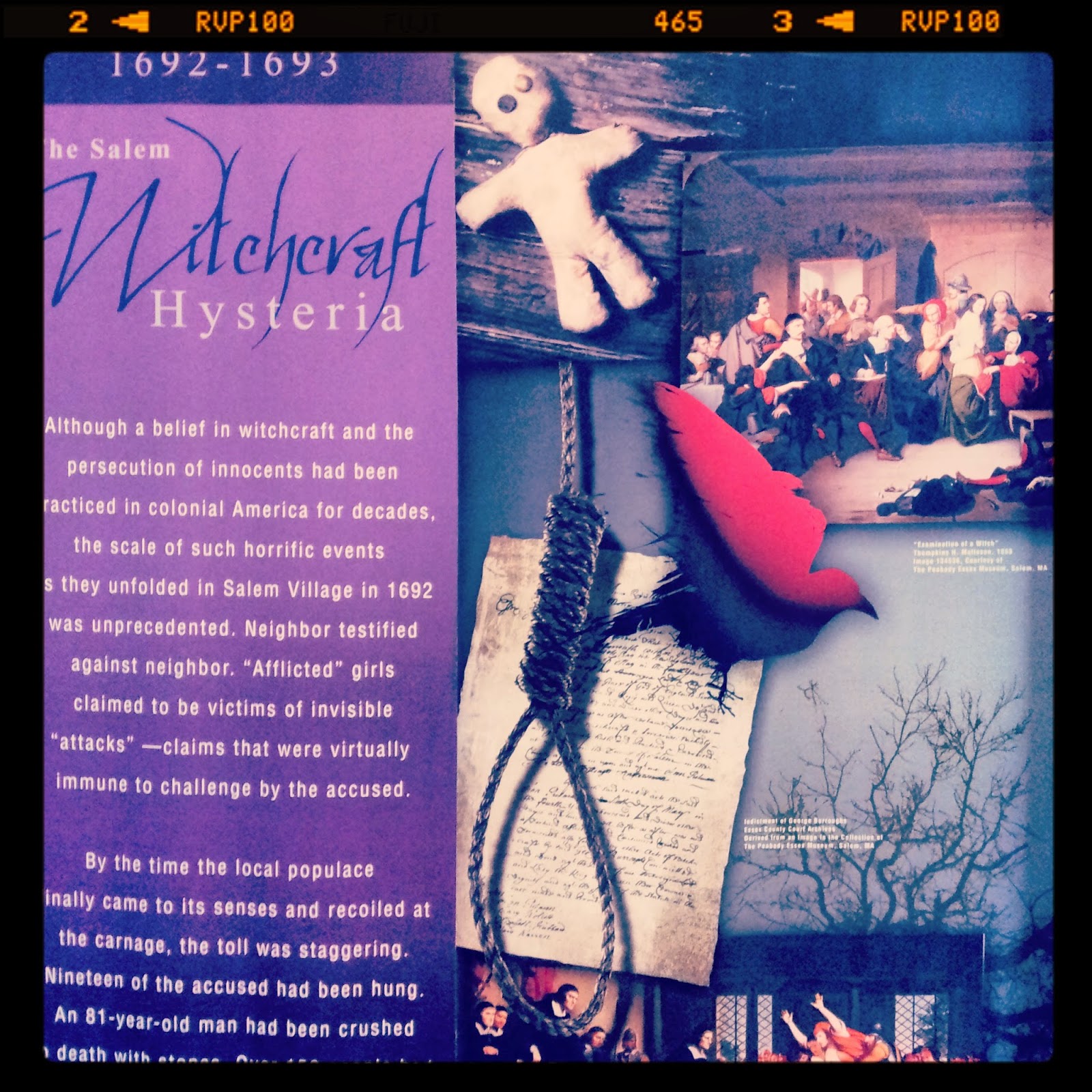 It has been indeed one dark and bloody page written in Salem's history, and it's actually a sad reason to be famous for.
But nonetheless it's very important not to forget such shadows, in order to mourn the memory of the victims and possibly also to gather some reflections from them.

A place that can provide you some useful hints about this episode is the Salem Witch Museum. 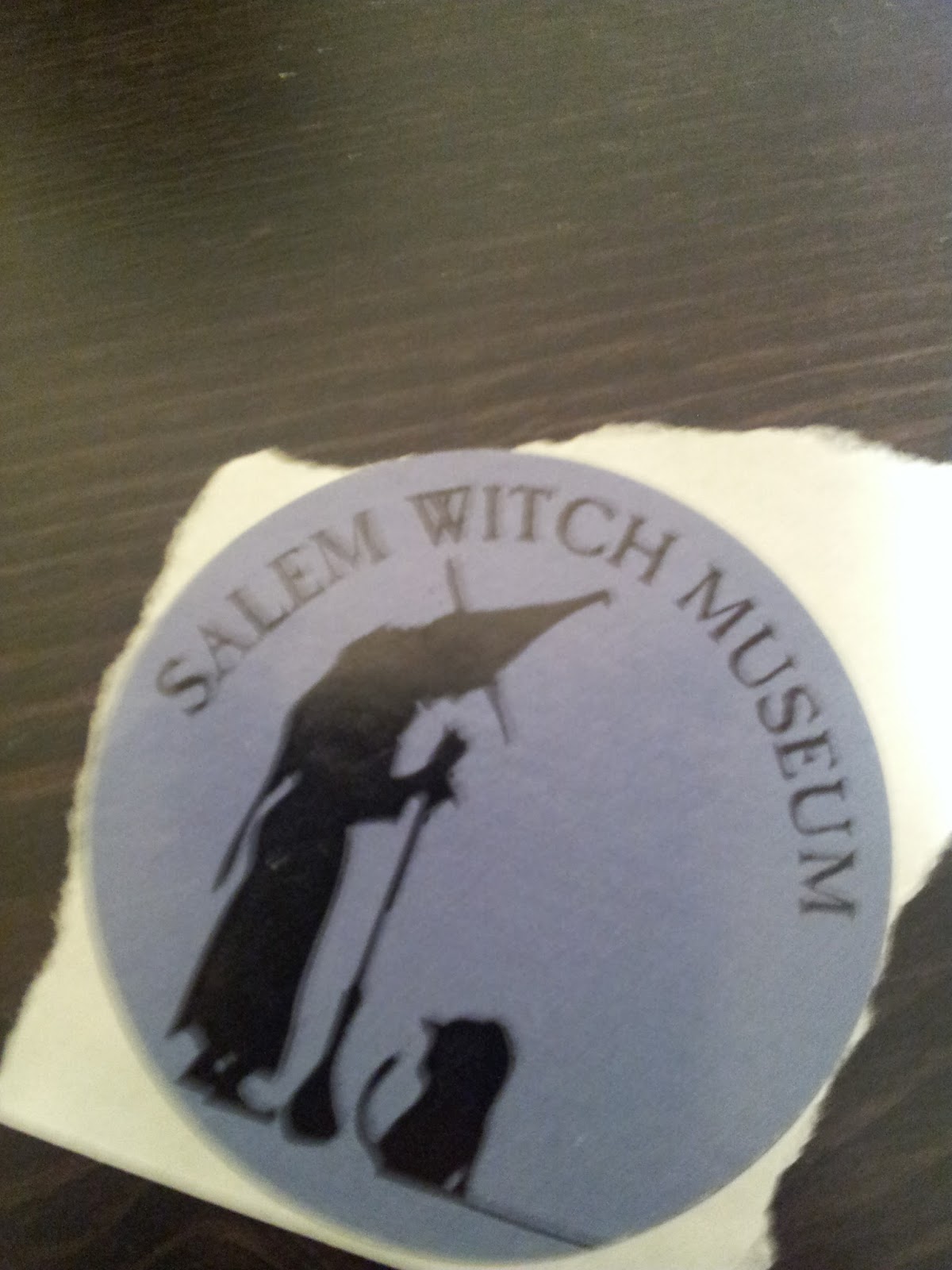 It's set in a gloomy neoromanic church, and it's actually a rather simple museum, just made of some scenes' settings with dummies that you might find tacky at a first glance, but I've found it's provided an effective lesson of history about the facts of 1692.
The museum also contains an exhibit called "Witches: evolving perceptions": like the first part of the museum, quite simple in its looks, but useful for some reflections.
The figure of the so called "witch" has actually been perceived in a very different way along the centuries and the negative meaning it's being given nowadays is pretty much contrasting with the original role she had. The word "witch", in fact, derives from a Celtic term that meant "wise woman" - referring to the figure of some kind of midwives, who knew the secrets of nature and herbs and used them to cure people.
They were respected healers with a very important role in the society; and their figures just got started to be demonized by the advent of the Christianesim during Middle Ages - probably because they were seen as kind of too powerful at gaining the trust of common people, and too much connected with the Old Religion that the first evangelizer fathers had the mission to fight.

Oh well - but there are plenty of history and anthropology essays on this topic.
I'm not a scholar, I'm just a black cat (even if, like every cat, I enjoy sleeping on good books, so I do know something). 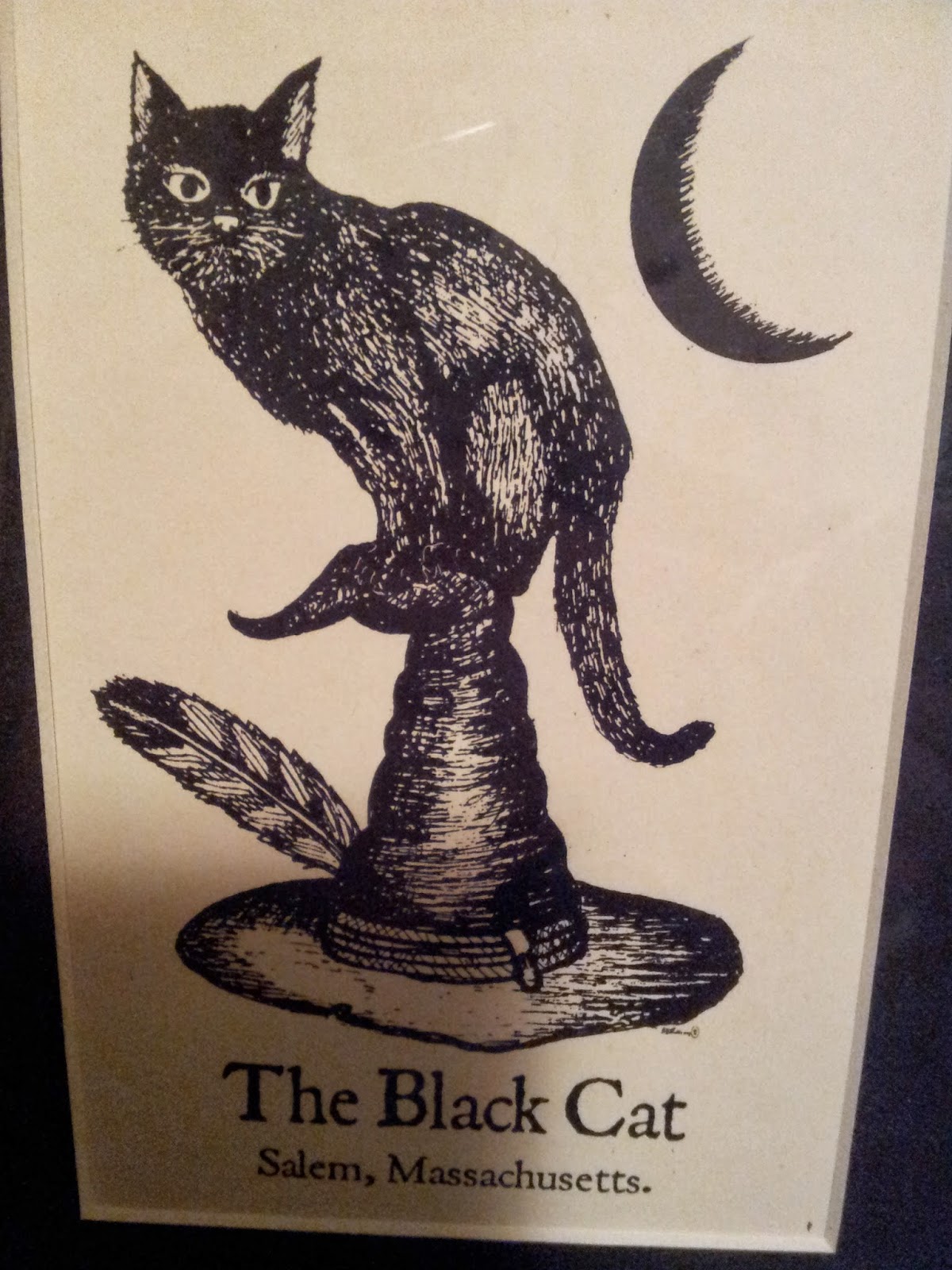 And here I just wanted to explain why I actually feel proud to be associated with witches!
(even if I must confess I'm glad I could have visited Salem in 2013 and not in 1692... or I probably wouldn't have been here to tell you about it!) Follow my blog with Bloglovin
Pubblicato da Serena Chiarle a 22:34