Might it be that being tired makes me whiny like a baby who needs to sleep - and I confess that, maybe age is beginning to overwhelm me, but after exploring a large slice of Paris relying solely on the energy of my feet, I  DO feel very tired ...
In any case, I decided to spend the day today to talk a bit about some negative sides this time.
Yeah, I know that I had made ​​a boy (girl? cat?) scout promise to to force myself to focus always primarily on the positive ones, and actually to always go pick them, to look proactively for them. I think I almost always succeed doing it, and believe me, it was not easy to discipline and self-form me in this, since I am not born nor I have been educated to do so.
Well, but now my digression sounds a bit too much mélo: after all the negative sides of a vacation in Paris cannot be so dark and hard to bear!
Anyway I think that a little bit of healthy criticism every now and then can be just as useful as enumerating what is beautiful and pleasant.

First of all, today I started to experience the negative aspects of being a solo traveler.
Especially for the fact that, if you go around alone, you get annoyed / bugged / stopped much more frequently by occasional nuisances , especially to ask you for money.
For example I was stopped by a lady along the Quay d'Orsay that wanted me to "generously" give me a thick gold ring that she pretended to have found on the ground, because it would brought me an infinite amount of luck and happiness.
Pity that I had seen clearly that there was no ring on the ground a second before she stooped to pretend to pick it up - and, as anyway jewelry affect me less than a copy of Playboy for an eunuch, I was not induced in temptation to accept it; but I admit I still have a little bit of curiosity in knowing how then the catch would have manifested. 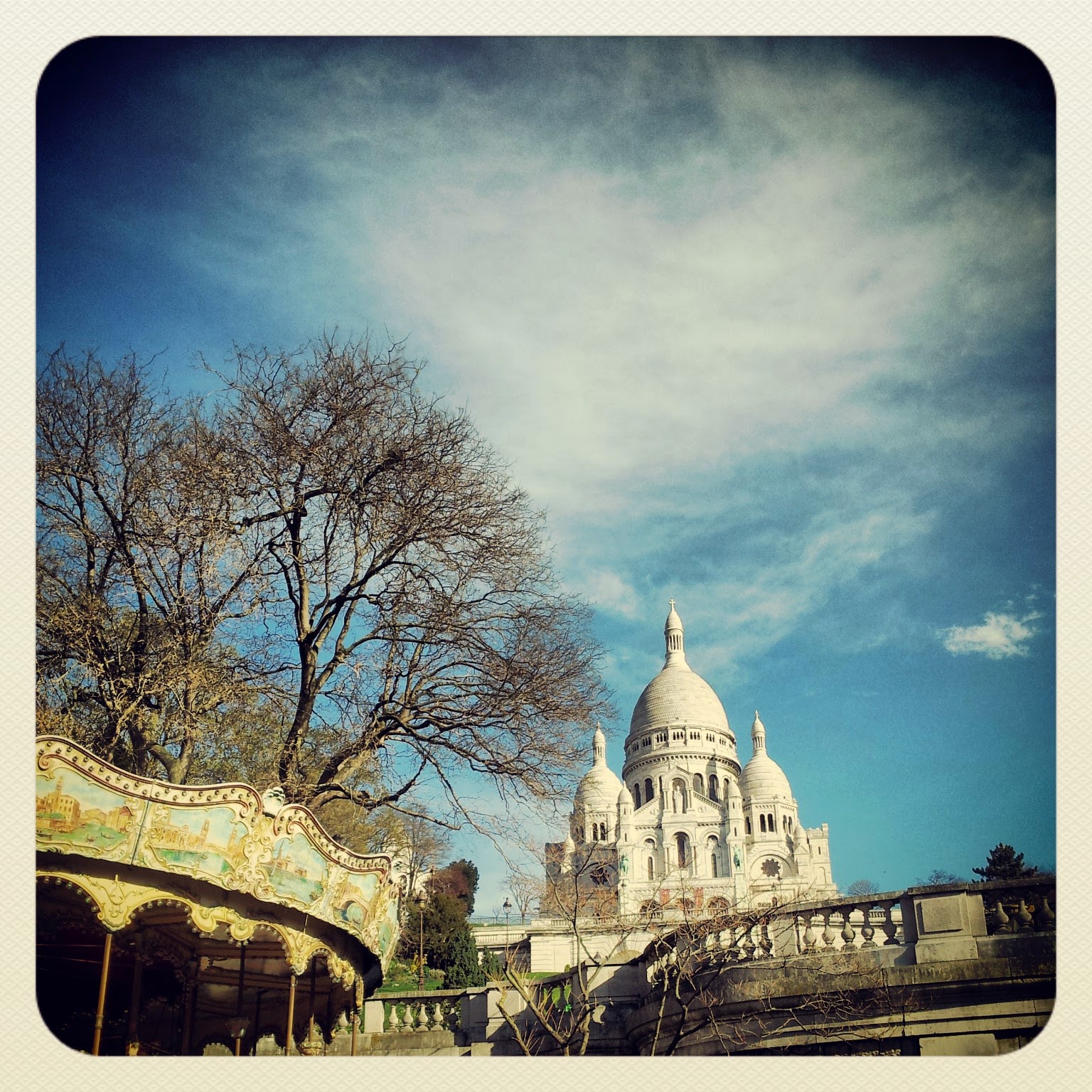 While I was climbing on the Butte of Montmartre, on the other hand, I was literally blocked for 5 long minutes by a group of guys who wanted to "give me" cotton woven bracelets with "the colors of my flag."
Geez, the last time I wore "the colors of my flag" I think I was 14 and there was the football's World Cup. And, if I have to be honest, I'm not really a big fan of the colors of my flag: they look a little bit like a salad, to be honest ...
Anyway, I politely declined, but something in the word "No "obviously was not clear, and they continued to insist, so I just tried to ignore them and continue on my way, but at that point they literally blocked my way and began to accuse me of disrespect.
Good heavens, I must have forgotten my drama queen - attraction mode on even on vacation ...
Okay, long story short I got pretty upset, so they gave up with their bracelets and let me go.

The other downside of traveling alone is actually connected to my already above mentioned tendency to masochism.
It's not that I thought that taking the subway every now and then could have sent me bankrupt; I did it mainly because I like to walk and because I knew that in this wat I could have had the opportunity to discover many pleasant corners that otherwise I would have lost, and in order to breathe a bit deeper the daily life of the French capital.
Yet already on the evening of the first day my feet were meditating to unfriend me and take a sit-in protest, even though I had pretty well refueled them with delicious French pastries. 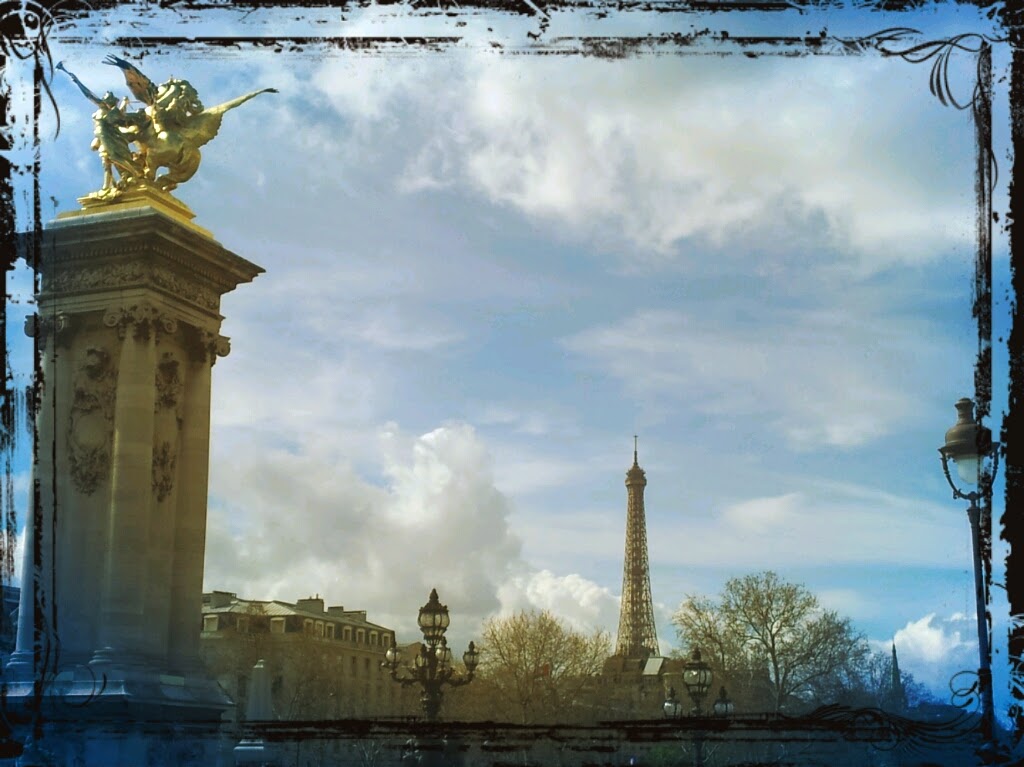 So, without anyone to moderate me to more human rhythms, I need to learn alone to slow down a little bit, maybe by seeing fewer things but by tasting them more slowly.
Well, tomorrow there will be the first lesson, we'll see how it goes .

Dear Paris, but now it's your turn.
Did you think maybe you do not have the downsides?
Well, I admit, however, that, as far as I'm concerned, the negative aspects of Paris are mainly those who assimilate it a little bit to Italy:
[- ] is rather difficult to find someone who speaks English (and with my poor French, maybe I should follow an old advice of my uncle and try to talk Piemontese dialect);

[-] on Sunday everything is closed (I'm tempted to blame the Catholicism for this, but perhaps it is not the case to get into sociological disquisitions for so little);

[-] there are far too many restaurants (or brasseries and bistros , if you prefer) that are in fact tourist traps : they pretend to serve "great classics"of the famous and prestigious national cuisine, but in fact the food that they offer is just prestigious in the price and certainly not in the taste. 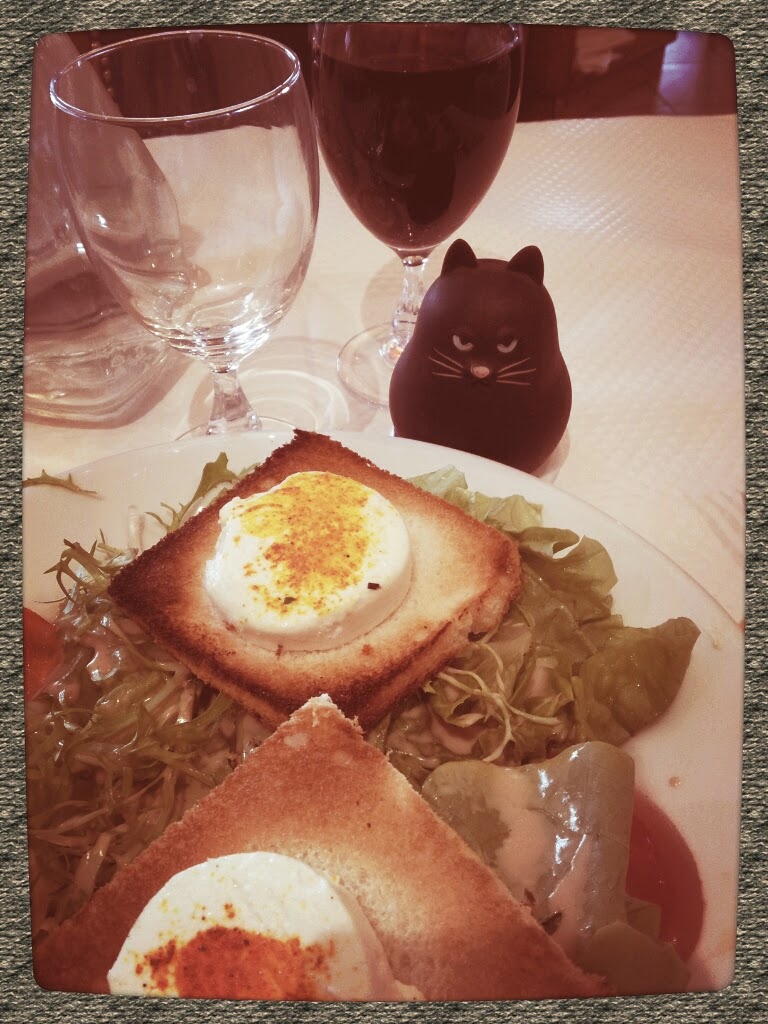 And I must confess that today I just had lunch in one of these places: I have no excuses, because I had sensed a mile away that it belonged to the category; but I was pretty hungry when I left the Orsay museum, and there was nothing else (opened) in the surrounding area (see previous point).

About Orsay now.
Yeah, today I think I can manage to find a downside also about one of the most beautiful museums in the world.
Namely, the ban on photographing .
I know this is a rule rather common in any museum, but it was really a torture: all that beauty around, not only consisting of paintings and statues, but also of the location (and how they were placed paintings and statues inside the venue) and ... my camera and my phone were forced to stay stuck in my bag. 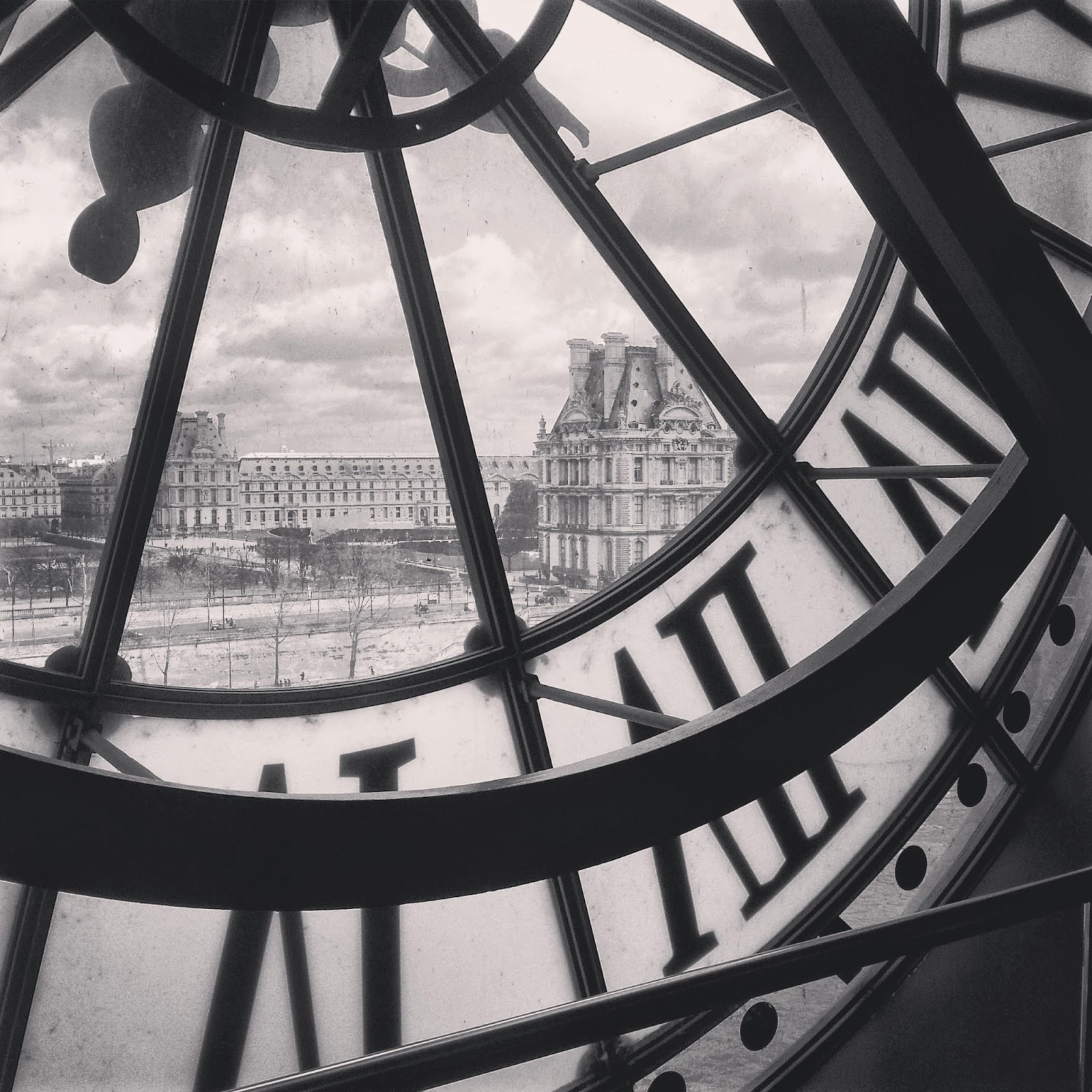 Do you remember what I told you yesterday about the museums?
That to me is usually a second choice because I prefer to roam around the city?
Well, the Orsay is probably the only exception.
I've always wanted to visit it, always. And it's been absolutely worth it.
I've never seen so much beauty all contained in one place.
Not only Renoir, Monet, Manet ... but also a whole range of artists less famous but equally worthy of being in a similar temple . 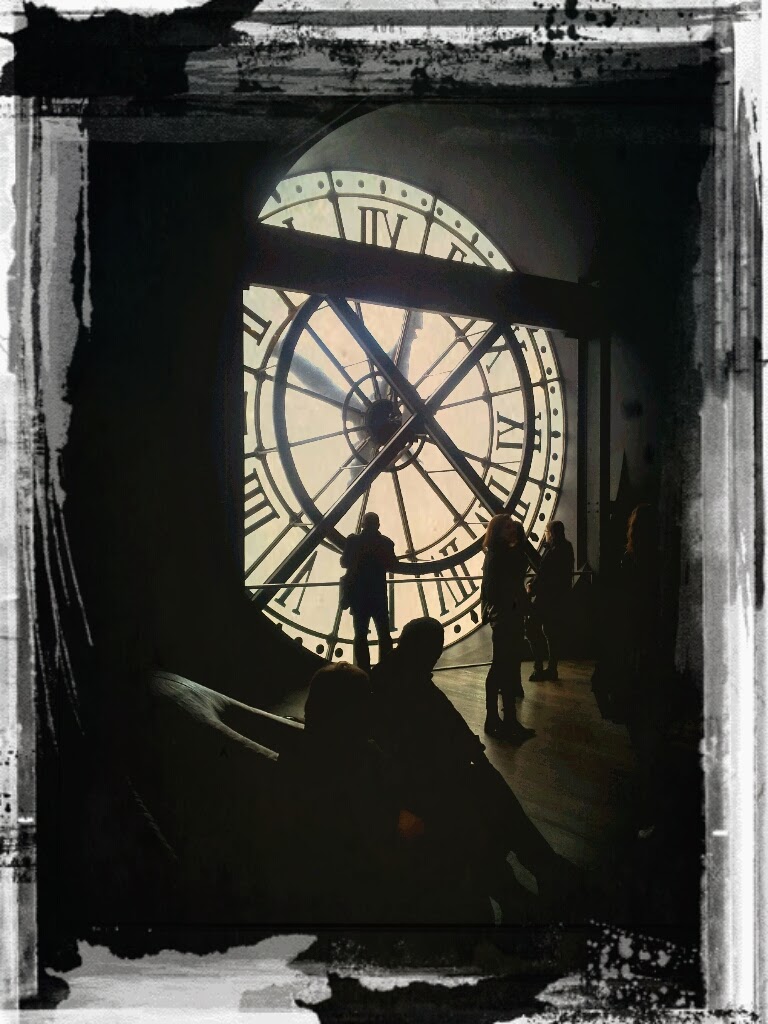 I like Impressionism because it doesn't show just what the eyes see, but it shows things as seen by the heart, visually translating the emotions felt by the observer.
It's a visual interpretation of reality through the filter of emotions - which is a bit what I try to do, very humbly, with my photo editing. 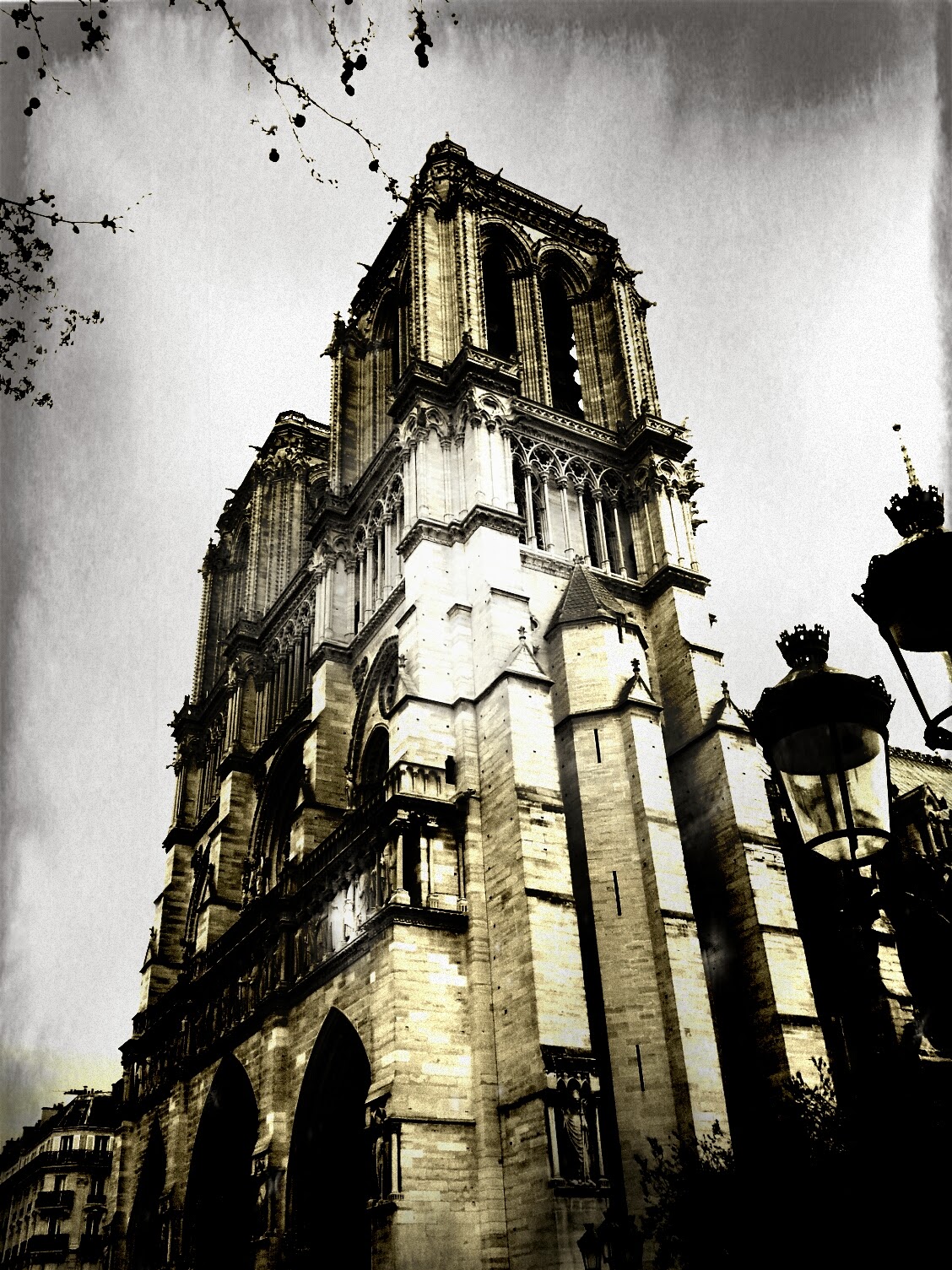 But some paintings had such a sharpness, a precision ... such an attention to details that they seemed almost like photographs.
Which for me it is a funny thing, that to make a compliment to a beautiful painting you can say it looks like a photograph, since, usually, I can be really satisfied with my photo-retouching when I can say, "Oh, it looks like a painting!" ;)

Do you want to read more of my days in Paris?
-> Here you will find the tales from the first day : Gothic beauties, dormice in teapots and padlocks of love

-> You just can not grumble if you are on holiday in Paris! The second day was also full of so many beautiful things , like Montmartre and the Latin Quarter
->  ... and Montmartre deserves a post all to itself: here are my impressions following the footsteps of the maudit poets and Amélie Poulain
->  After all this walking Day 3 has been dedicated to relax - in beautiful parks in bloom and at the amazing Cat Café
Pubblicato da Serena Chiarle a 22:38