Well, with the previous post, in fact I have been a little too whiny.
My second day in Paris was actually anything but negative, so, to do a sort of counterpart to the previous complaints, I guess I should now proceed with the positive aspects.

[*] Not all Parisians are necessarly snobbish
First thing, as a sort of counterbalance to the annoying guys of Montmartre with their bracelets, I want to tell about a random act of kindness by a stranger, who, seeing me being a bit lost looking at the map at the exit of the Metro, has asked me if I needed directions.
And it's actually the second time that something like this happens to me, and by the way alway in Paris.
So here is my official disclaim against the stereotype of (almost) all the Parisians being stuck up!

[*] A little Gothic for all
Thinking back to the similarities between Paris and Turin, I have to say to us poor cousins ​​across the Alps are in fact missing one key thing that actually sets a good part of the charm of the French capital.
GOTHIC CHURCHES ! 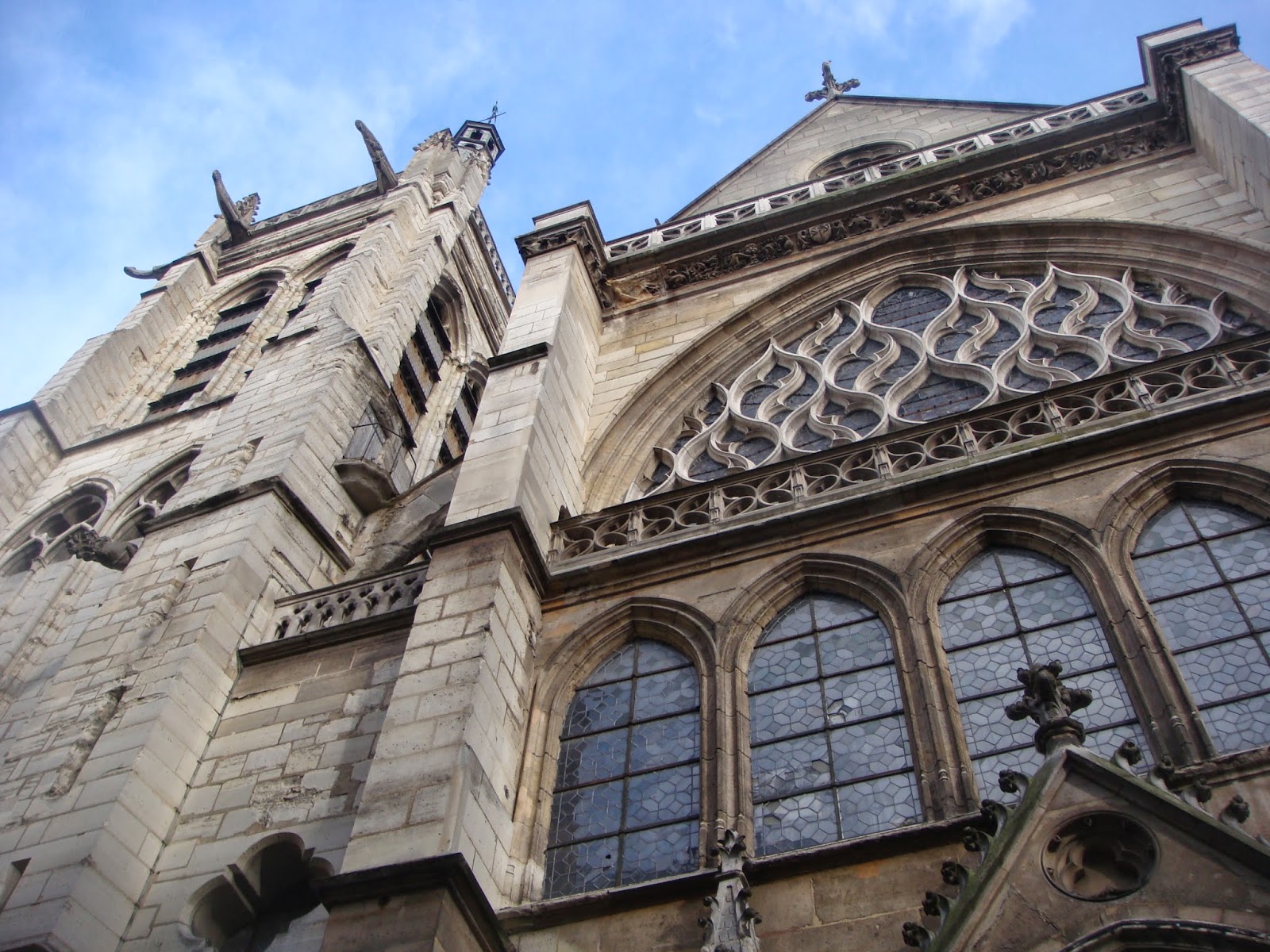 We will have zero, Paris has an infinity.
And Parisian Gothic is not just Notre-Dame.
Today I have discovered St.e Clothilde and St. Severin churches, two small jewels actually not even that hidden, since they are in the center, the first at two steps far away from Les Invalides and the other in the heart of the Latin Quarter; but still semi-unknown, compared to worldwide fame of their more famous sister in Ile de la Cité.
Let's add also Cluny , which is not a church and it is not even Gothic; but still has a strong medieval charm to which I certainly cannot remain indifferent. 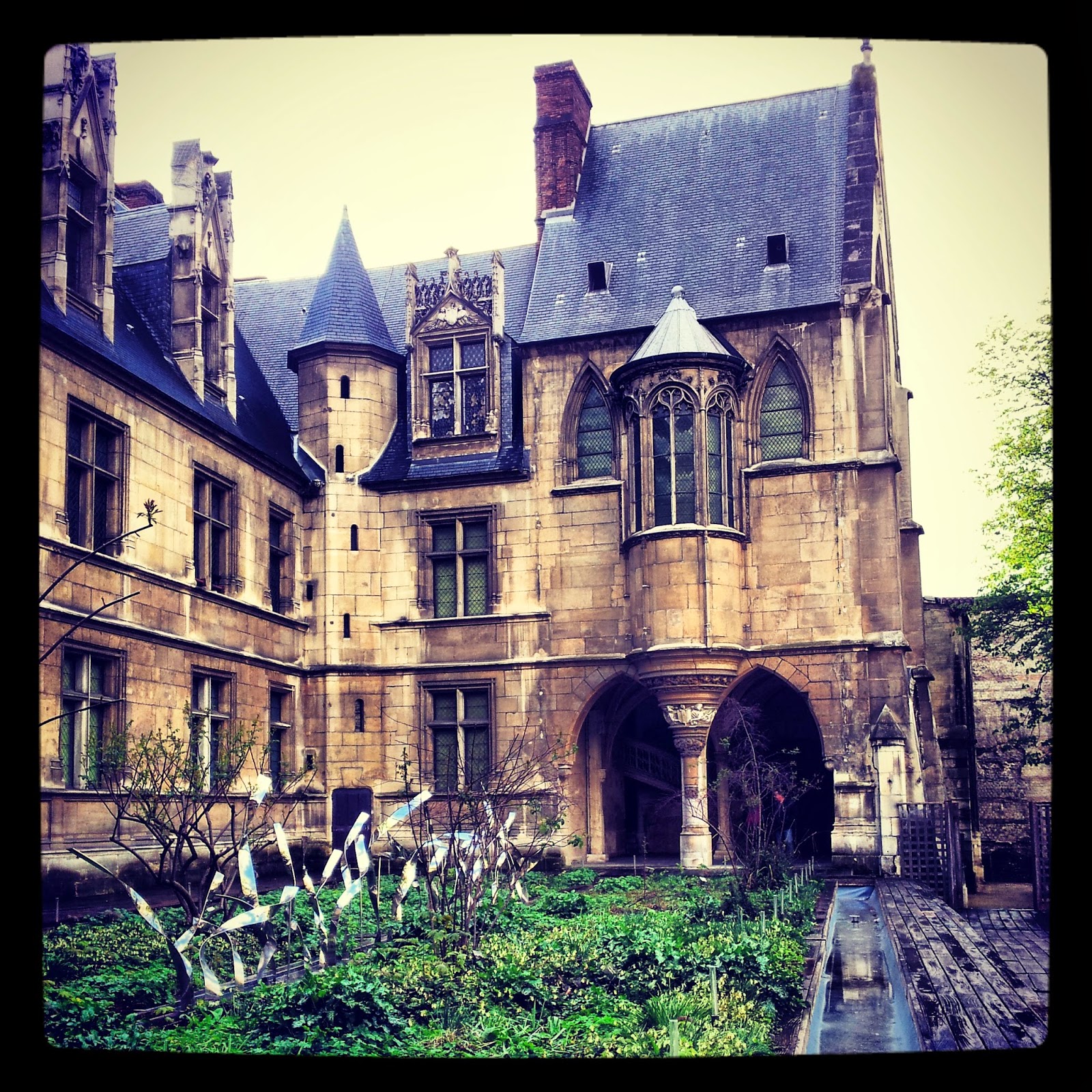 It is a former Benedictine abbey of the fourteenth century, which now hosts a museum of medieval art.
I have not visited the museum, but even just taking a look at it from the outside and linger a bit in his mini garden can be interesting.
The garden is planted with medicinal plants that are willing to reproduce what the monks used to do during the Middle Ages; but in between there are these modern art installations, which at first glance look a bit like the aluminum strips that you hang on the balcony to drive the pigeons away.
Well, like them or not, they surely create a peculiar contrast with the surrounding environment, making it look like the aliens have just landed in the middle of "The Name of the Rose." 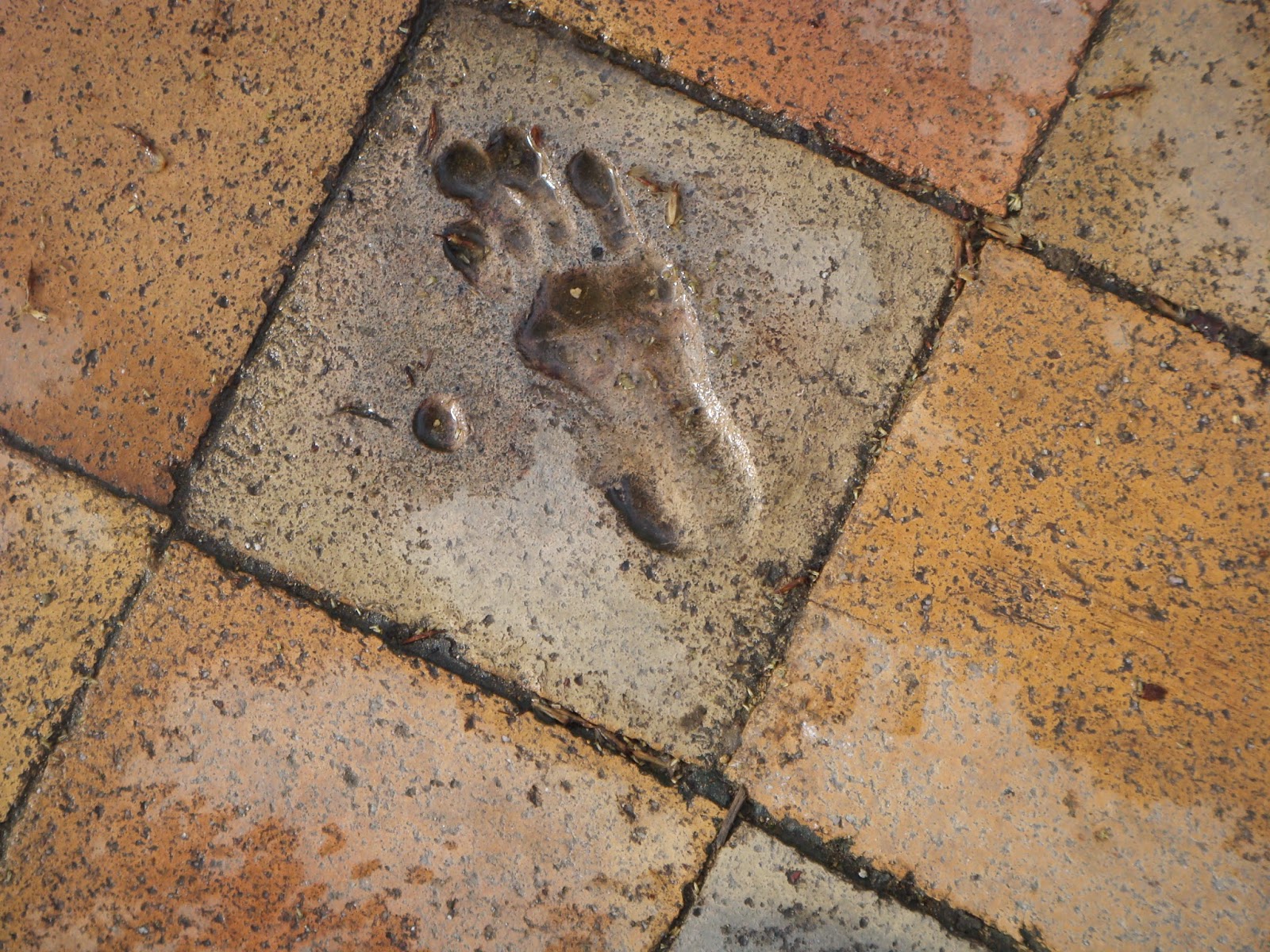 The other feature of this garden is that there are footprints on the pavement of strange creatures (or rather strange footprints of creatures not better defined) that make it seem like some sort of Hollywood Boulevard for monkeys. 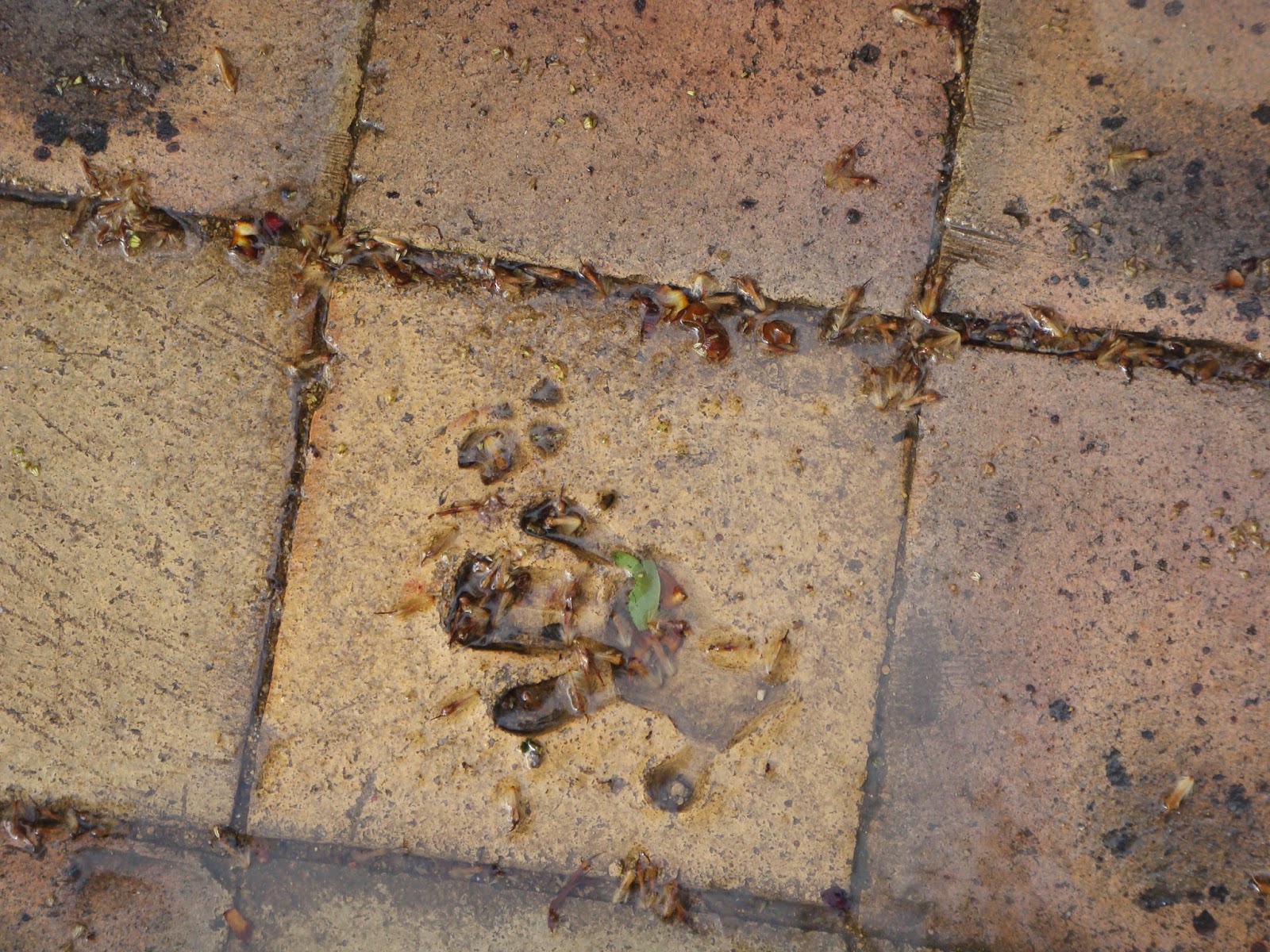 And, since the medieval surroundings, you might expect that the bearers of these curious little paws come from some kind of fantastic bestiary ...

[*] There is no France without crêpe ...
For us foreigners the crêpe is the gastronomic invention French for excellence, but for the French the "real" crêpe is actually of Breton origin.

And so also in Paris all the crêperies are called of bretonne and / or bear the flag of Brittany in order to give themselves a touch of authenticity.
I have had dinner at Crêperie de Cluny, in the Latin Quarter, and I must say, especially the sweet crêpe I've had, seasoned with just a little bit of butter and sugar, was really delicious.
The peculiar thing was to stay in this small place all furnished in wood, lined with triskells and landscapes of Brittany, and then listen to reggae music in the background.
But it is an interesting feature given by the richness of multicultural France.
And it was fun .

[*] Montmartre, bien sur!
I must admit that the irritating meeting on the Butte with those bracelets sellers kinda spoiled a bit the atmosphere for me. But, for as much obvious as it may sound, this area remains one of the most evocative for me. 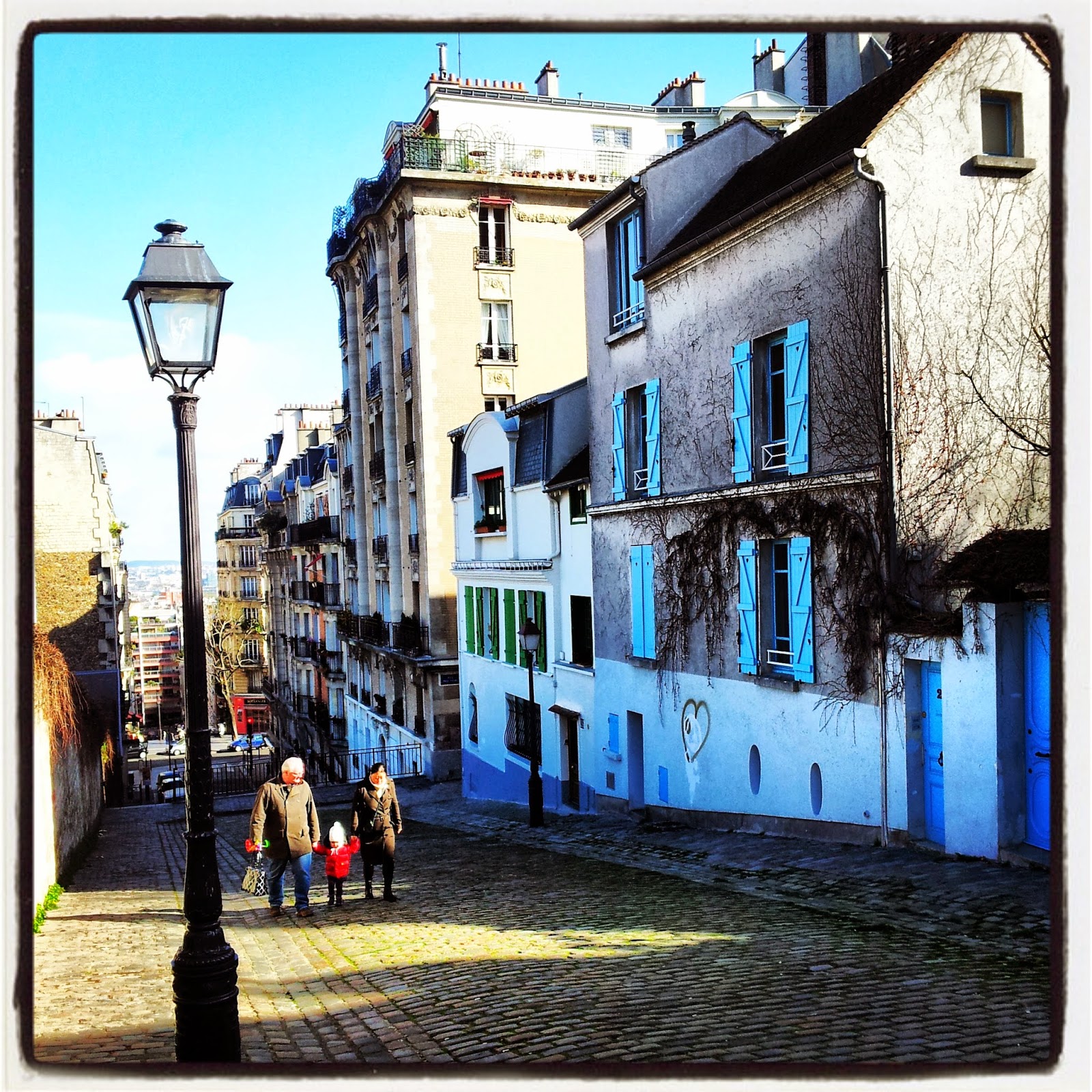 
[*] Oh-là-là ... the Eiffel Tower !
Voici, another point that Paris and Turin have in common. 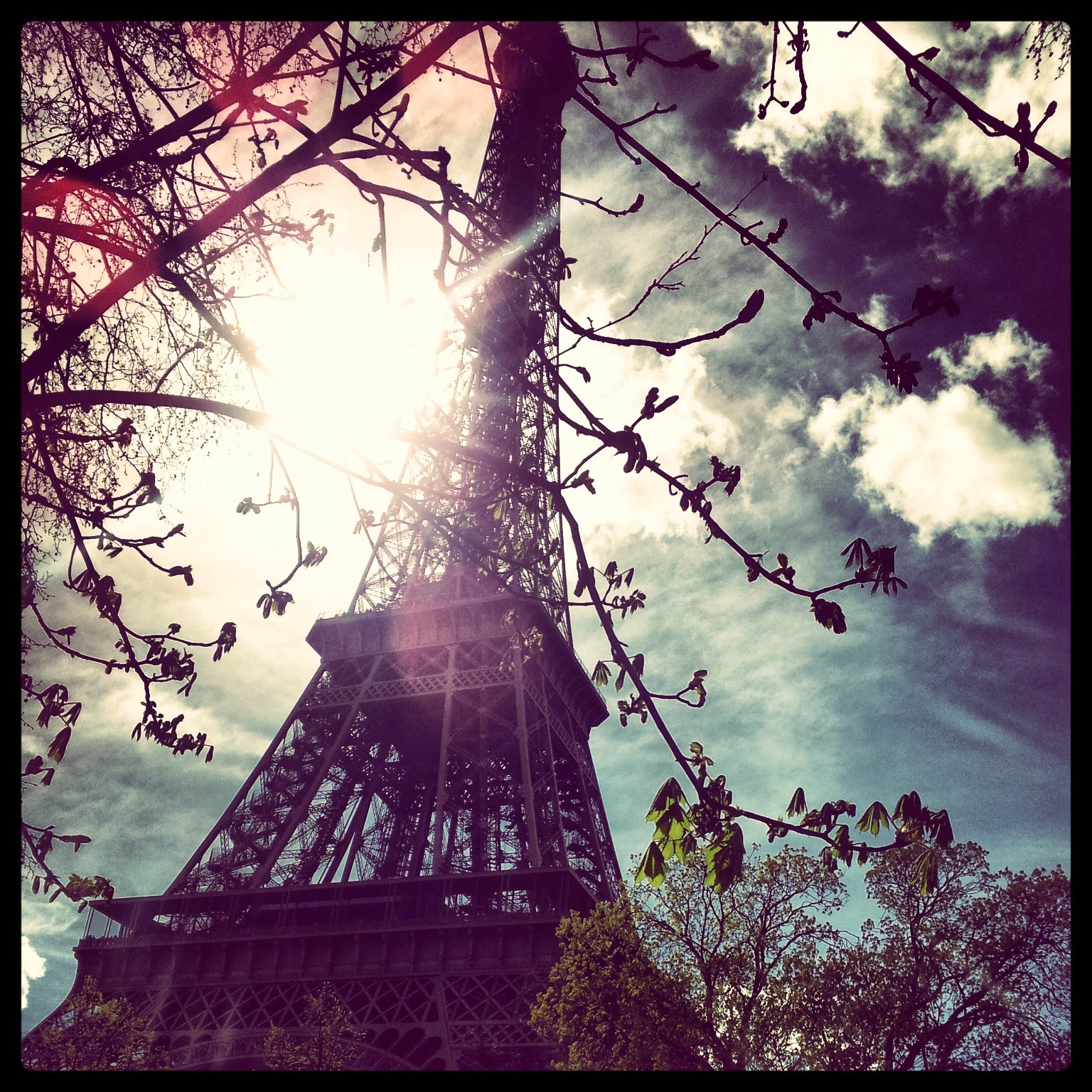 Between the Tour and the Mole I can not help but notice a certain similarity - not much for what concerns the pointed shape, which makes them look like a finger pointing toward the sky, but more for the fact that, while not being two of the most valuable monuments from an aesthetical point of view available in to the two cities, they have become their most famous landmarks.
Both are dominating, with their height and the fact that they emerge everywhere; anywhere you turn you will see them peeking out from behind the baroque palaces.
This can be reassuring if you want to see as a point of referencing, a kind of polar star that will guide you and remind you which way you're going; or instead a bit overwhelming, as a sort of Big Brother made of iron peering at you everywhere, checking all your movements. 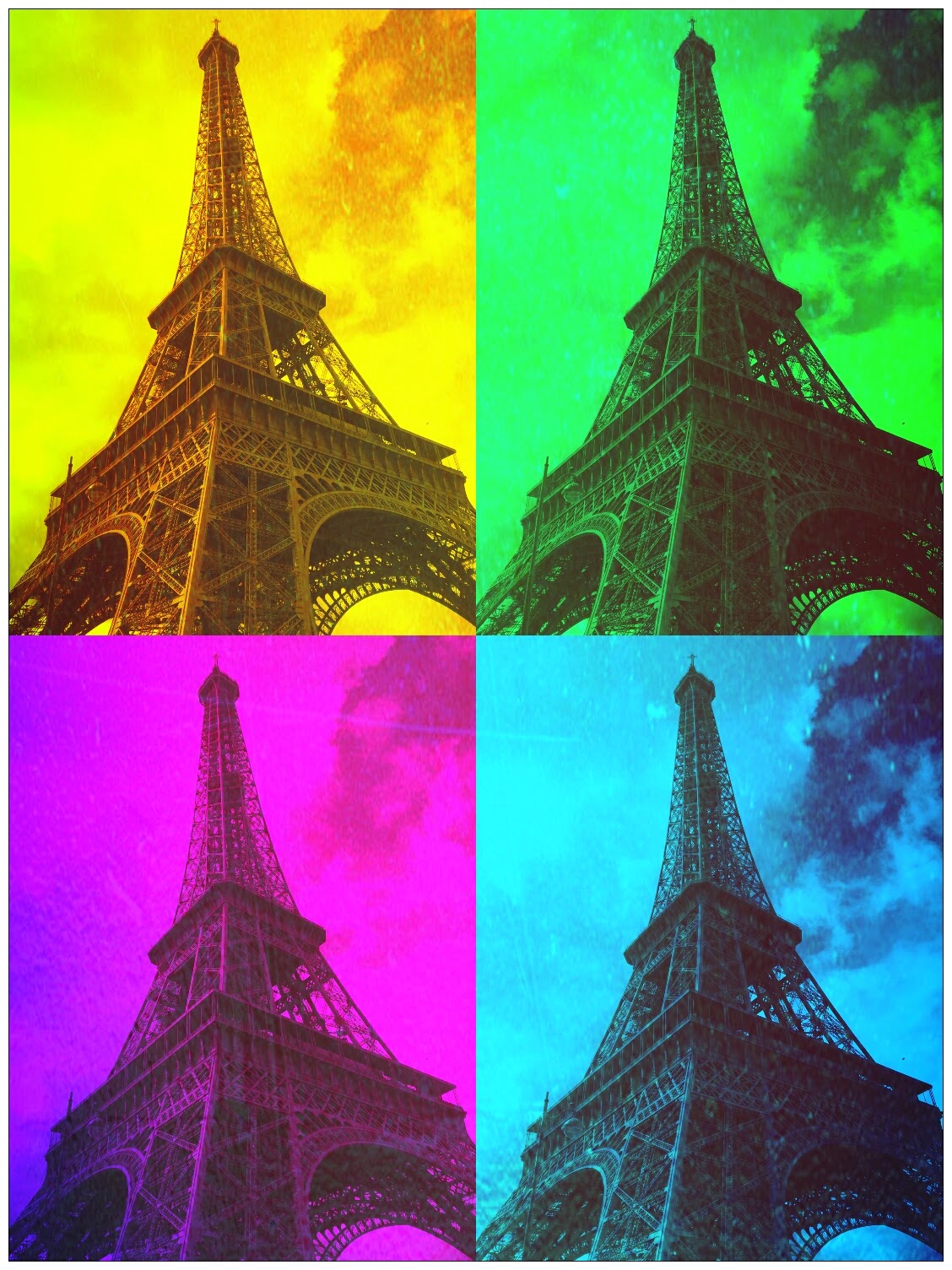 The fact is that they are two icons, and, a bit like Andy Warhol did with Marilyn, I've been having quite a lot of amusement at editing their image. 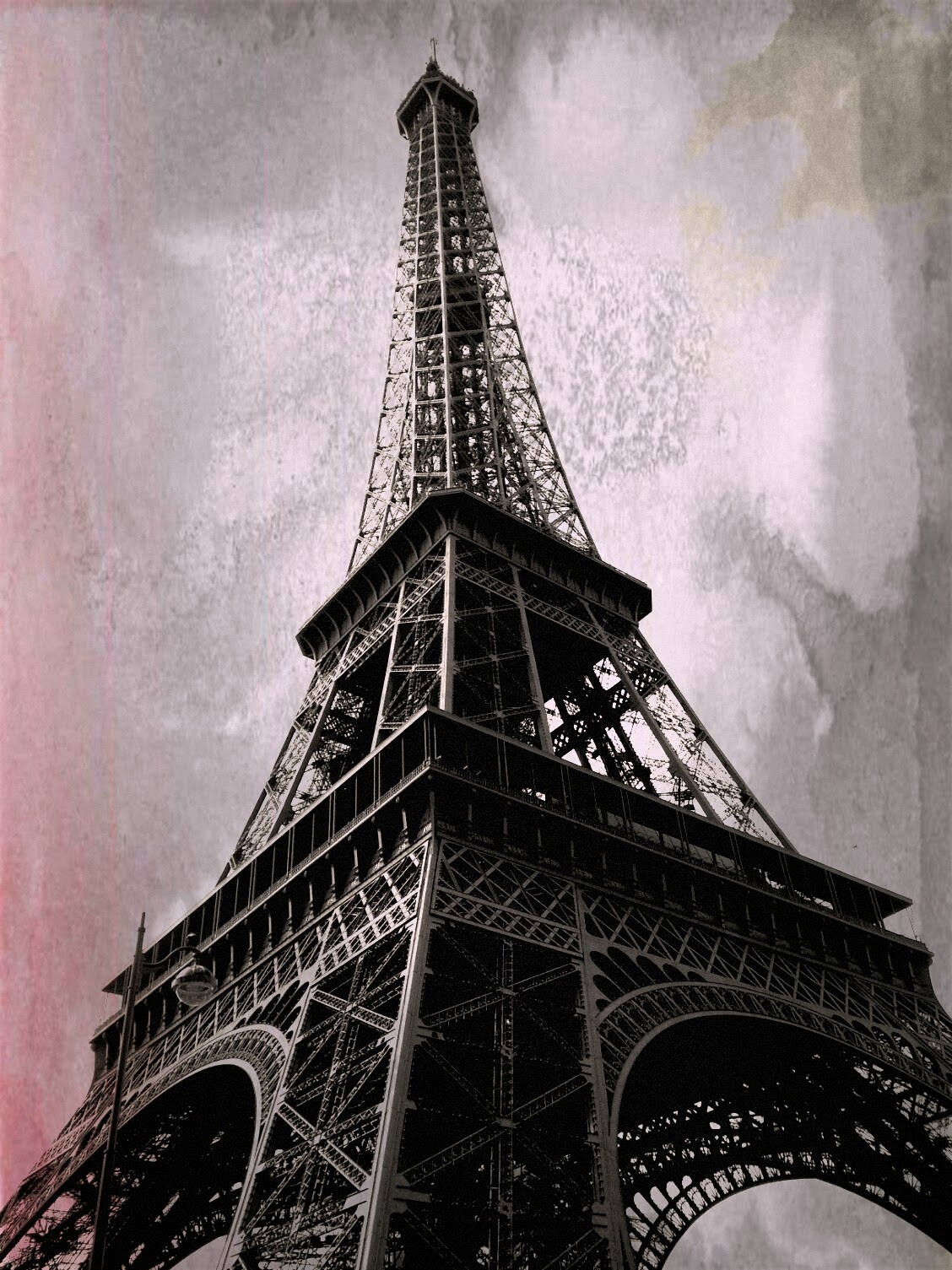 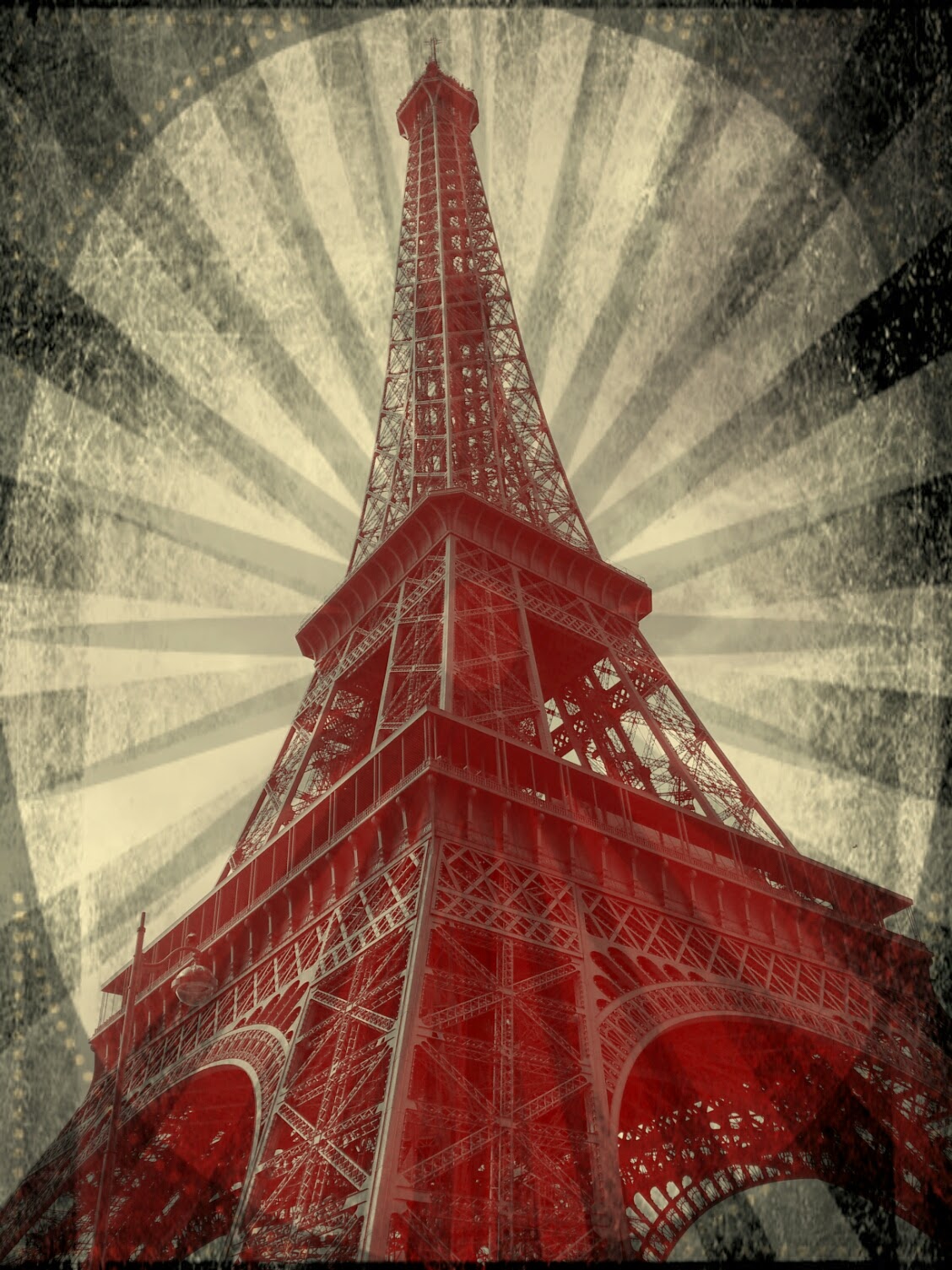 Ah, I could go on and on doodling over with the editings ...
By the way, have you ever noticed that, on the first level of the Eiffel Tower, there are some names engraved?
I hadn't.
Well, there's always a first time.

Do you want to read more of my days in Paris?
-> Here you will find the tales from the first day : Gothic beauties, dormice in teapots and padlocks of love
-> Some complaints about the second day, but together with the amazing Orsay Museum!
->  ... and Montmartre deserves a post all to itself: here are my impressions following the footsteps of the maudit poets and Amélie Poulain
->  After all this walking Day 3 has been dedicated to relax - in beautiful parks in bloom and at the amazing Cat Café
Pubblicato da Serena Chiarle a 23:25