Turin in the Middle of August

Once upon a time Turin in the middle of August was a ghost city.
It was the time when the equation Turin = FIAT was very tight and essential, with no alternatives: Turin used to live on FIAT, it was a village built around FIAT.
In August FIAT was closing, and Turin was closing as well.
Everybody was going at the seaside: Piedmontese in Liguria, and the Southern immigrants who came here to work at the welding line were going back home.
Shops had the shutters closed and even the pidgeons were starving.
During that time nobody was yet aware that Piazza Castello is beautiful, and therefore nobody was surprised to see it empty.
Nobody had thought yet to make a museum in the bowels of the Mole, and also the Egyptian one was considered just a little bit more than a dusty collection of papyruses which was going to be promoted only for school trips.
At the Murazzi banksides of the river there were only dealers and gutter.
Not that they no longer exist, but now they get well camouflaged among colourful cocktails, music and crowd. 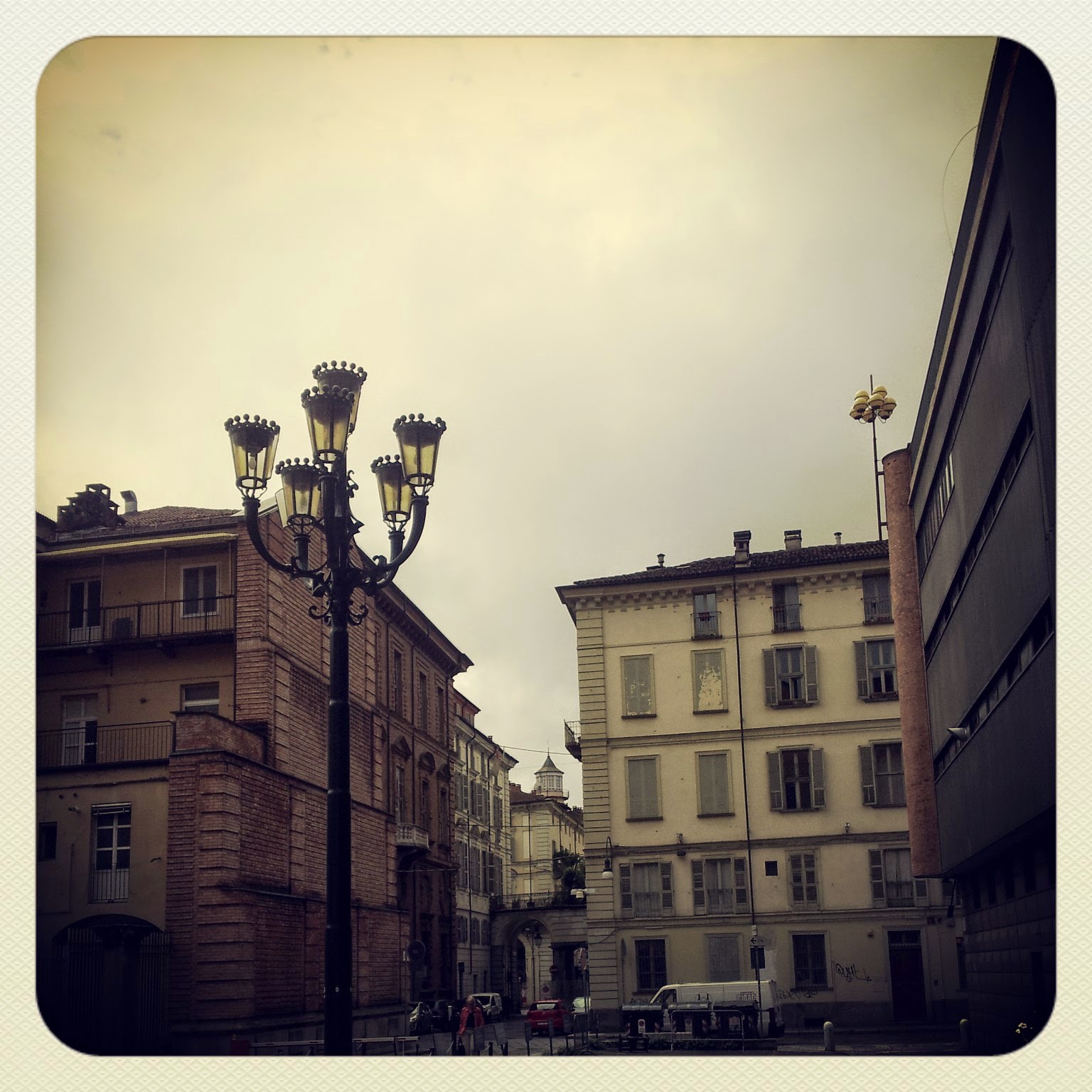 It's difficult to say when an era is over and when another one starts: nowadays the equation Turin vs FIAT has loosened, is loosening more and more.
It looks like a marriage in crisis, one of those, when you get to observe them from the outside, you get to wonder about how long it will still take to see the divorce getting official, one of those you get to whisper "They just stay together for the kids" about.
But maybe such crisis is just some sort of evolution of the relationship: Turin, she who was born noble, she who in the past has been so rebel and brave that has lead to freedom a whole nation, was a bit of a slave inside the role of industrial city which was deriving for being, at the eyes of the whole world, "the city of FIAT".
She was a prisoner of it, like a butterfly in a cocoon.
Turin was beautiful and she didn't know: she wasn't wearing any make up, she wasn't showing off, she was covering too much of herself with her shapeless mist shawls. 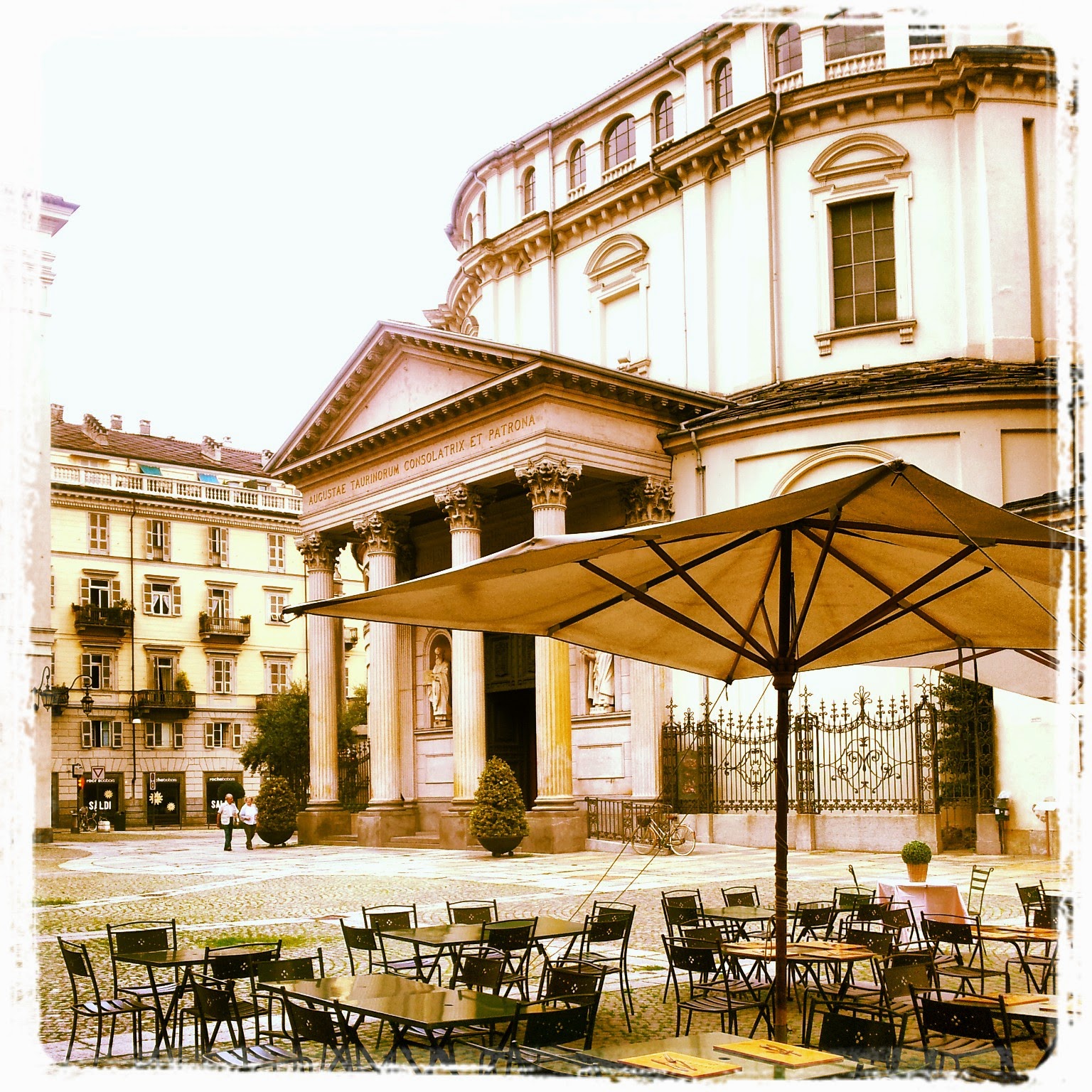 Now she's aware: she knows how to be admired, she wants to be admired.
It's become a touristic city - and, even if it still feels kinda weird to us to see foreign tourists around its streets, we are proud at the same time. Because we've always known it was beautiful, and we would want to carry her on the palm of our hands, dressed up in her best clothes, showing her to the whole world. 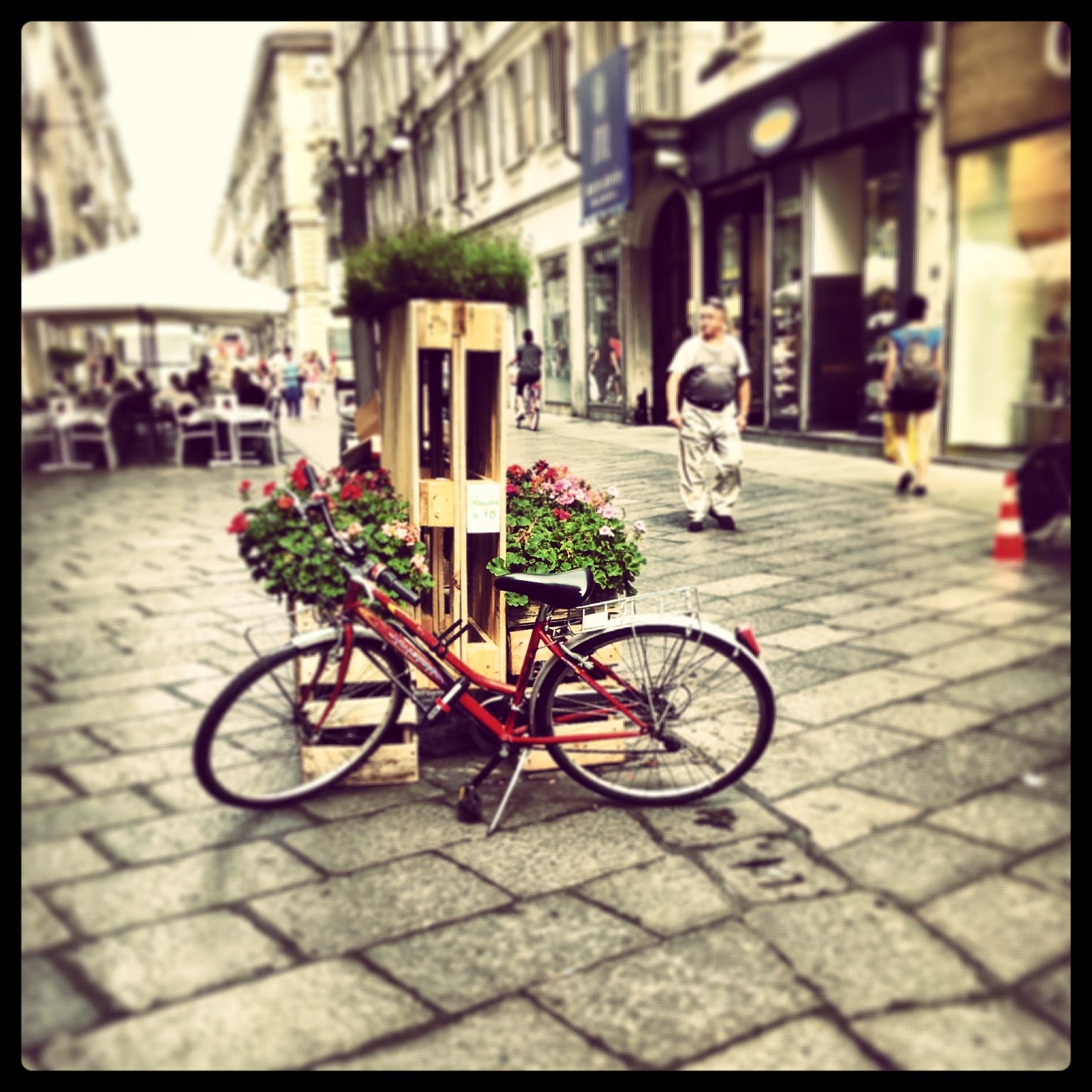 But - perhaps eras never have a neat closure, they keep on having aftermaths that ravel and melt in the webs of what should be a new, different era.
Maybe, simply, changes are never too neat and radical: something of the old habits always stay there, expecially if they are habits that somehow cross the most deep and intimate core of someone's personality.
Turin is an introverted and silent city, and, just like all the introverted and silent personalities, hides strong contrasts: it alternates periods of feverish industry to other of plain idleness, maybe lost in some daydreams, or maybe simply bleary by apathy.
The ghostly middle August is a demonstration of this second aspect - of its silent vocation for solitude, and also a bit of its tendency to fall, sooner or later, into laziness.
The ghostly middle August still happens nowadays, in this that shouldn't be anymore (just) an industrial city, but a touristical city.

Last night the bus coming from Malpensa airport has dropped me off in front of Porta Susa railway station: I go through the glass arcades to reach the underground stop, but I find its transparent turnstiles illuminated by a flashing red light and a rolling vocal message saying "The underground is closed".
I stay freezed for some seconds, more puzzled than angry yet, and then I get to notice a sign warning that "From August 9th to the 17th the undergroung will run on a reduced summer timetable". It closes at 9.30 PM.
Whenever I come back to Italy my relationship with my home nation gets more and more complicated. 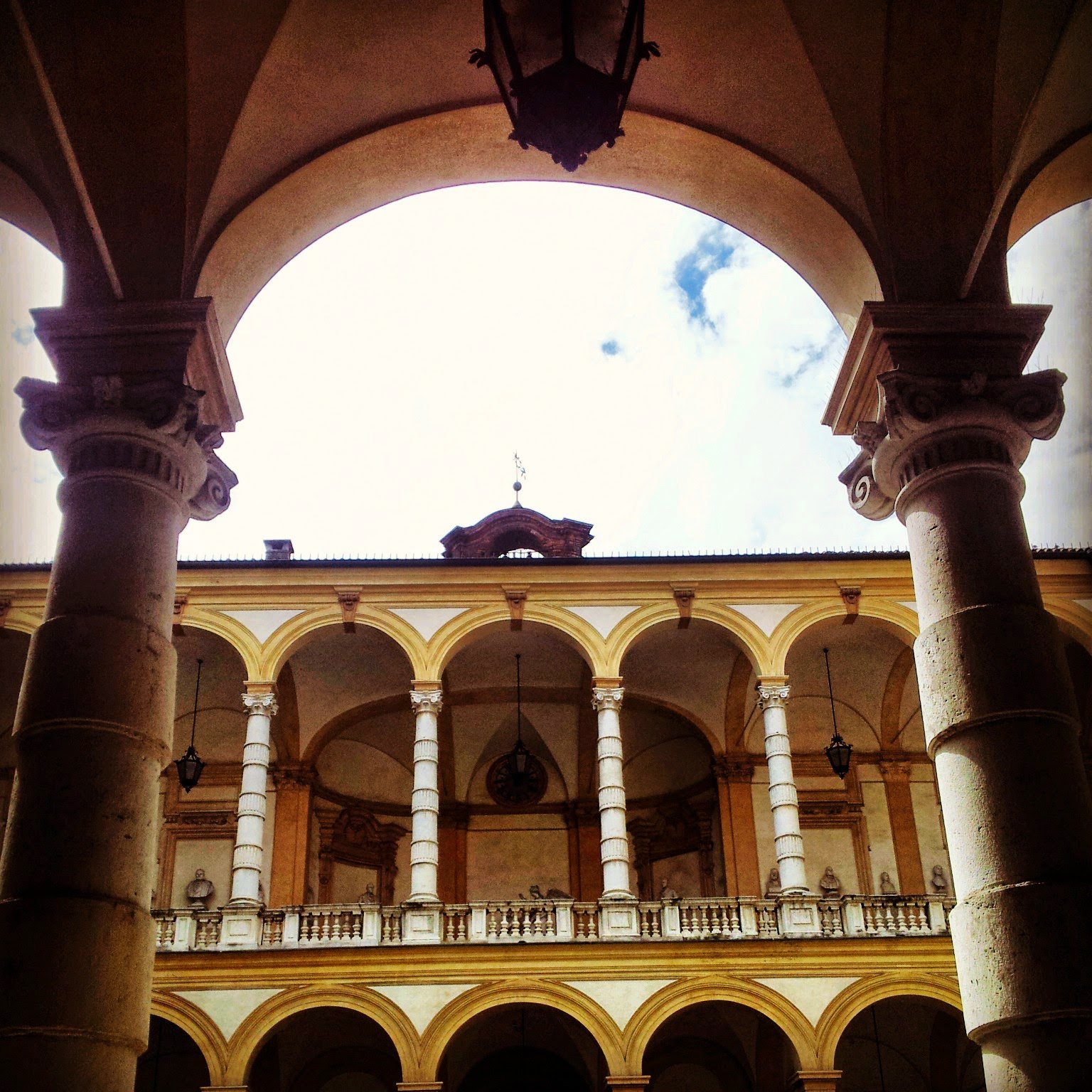 The day after I venture myself together with the tourists that look lost wandering along downtown, with maps in their hands and a sad sight towards the lowered shutters of shops and restaurants.
The Mole mirrors itself in the windows of the RAI Television building and it has the crumpled looks of someone who has woken up quite late.
There's nobody queuing in front of its gates today, and when I step in to peek the University courtyard looking for some melancholic memory, my steps get loud. 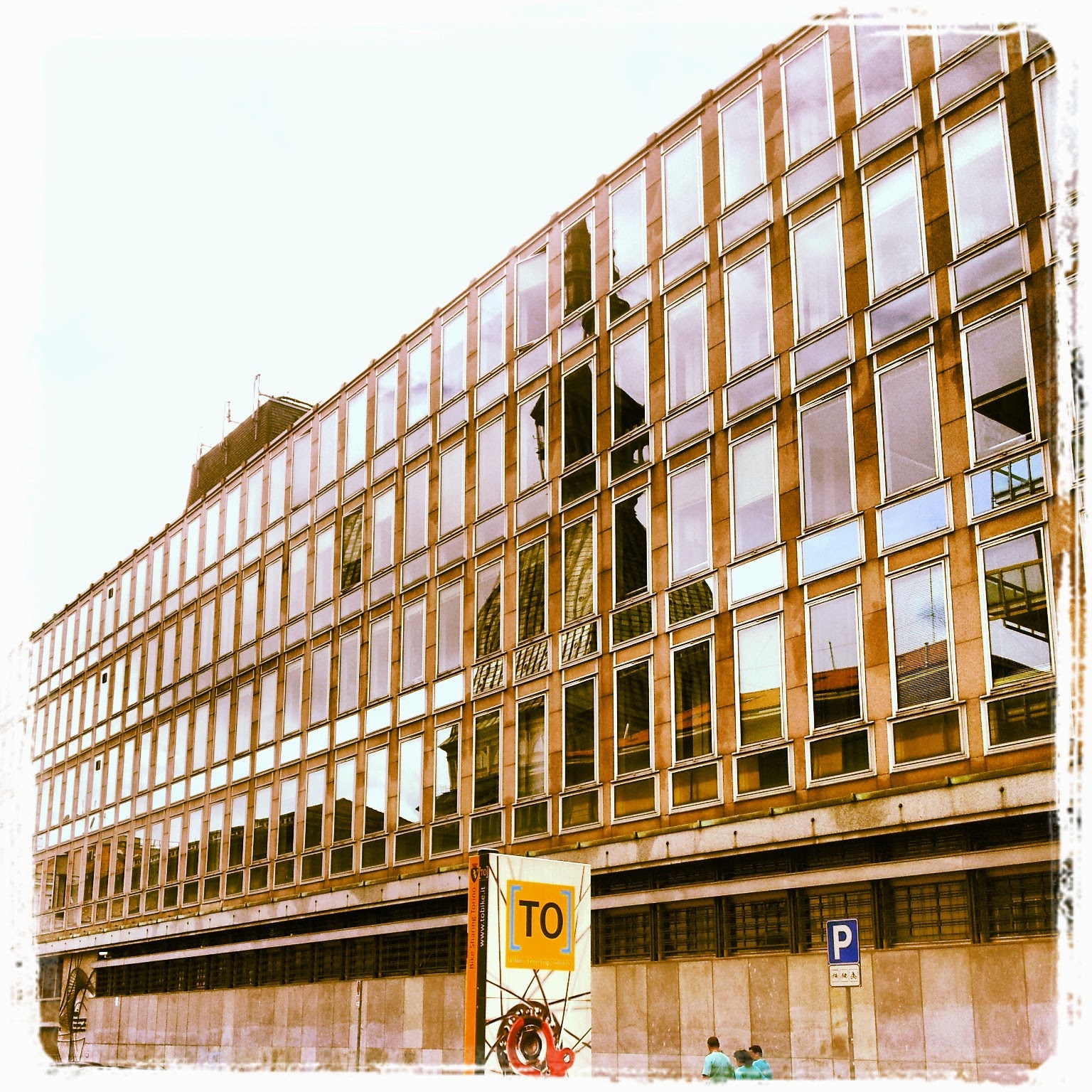 The places where I had thought to lunch are all closed. So are my backup choices, And obviously the backup of the backup.
In via Accademia Albertina I bump into a new, tiny supposed Japanese restaurant, Akademi Sushi.
It has some stranded tables, but it basically does take away, so I order two maki sets and I go to eat them on a stone bench in Piazza Carlina. 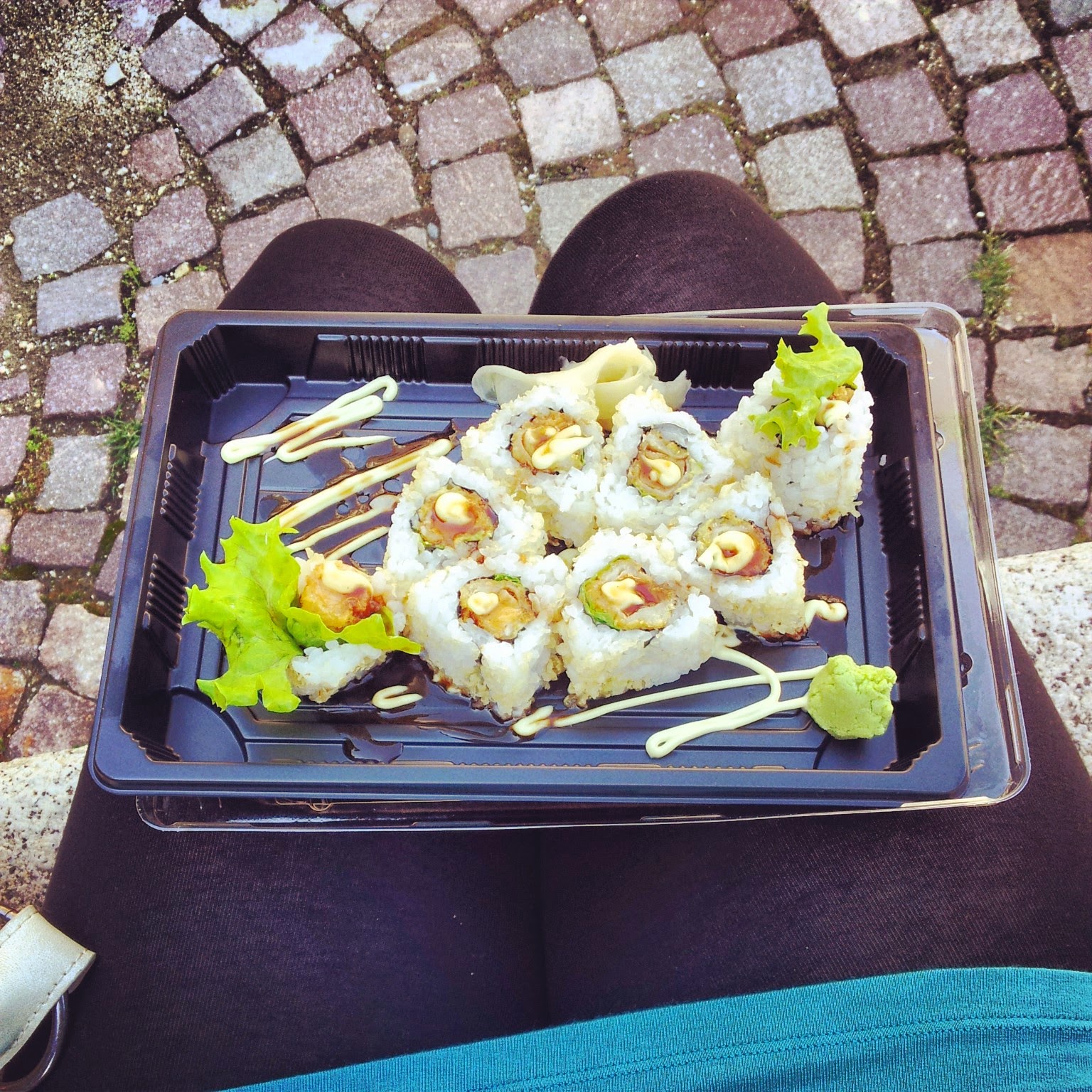 I'm sitting in front of "La Badessa" restaurant: in its dehor the umbrellas are closed, the chairs are tied together with a lock, the tables are covered with rain drops. They say that the restaurant is called this way because in the building there's the ghost of a nun wandering.
But today there's not even her to give me company. 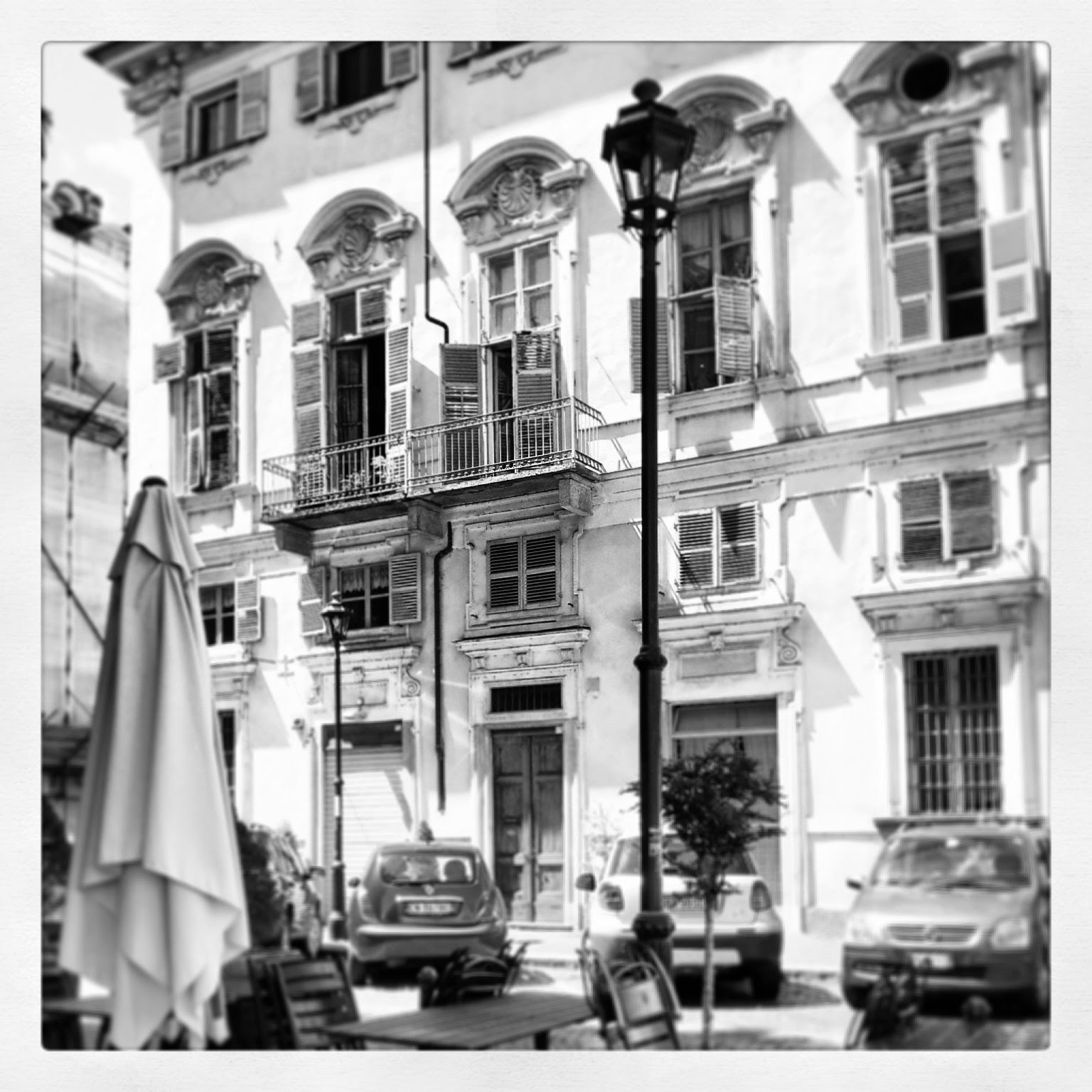 A squeaking bike passes by, and a couple of French tourists complain about how everything is closed.
In this weird summer, fresh but yet humid in a gloomy way, silence gets amplified and it seems that the whole city, with its desertic arcades and its baroque buildings with the sleepy windows, is listening to the beating of your heart.

My sushi is very good.
I actually feel you, Turin: I'm coming to daydream and idle a bit with you.
Pubblicato da Serena Chiarle a 22:21